It was McDonald's for breakfast again this morning, after which we went back out to the supermarket near the hotel to pick up supplies for our next destination – Gunung Gading National Park – where again there is nowhere to buy food but there is a kitchen in our 'chalet'. Then, after dropping the shopping and the girls off at the hotel, Kate and I went back out and then split up – she went to get some bread and cash, and I went for a haircut. My stylist was a very sweet young local guy who waved away my instructions and proceeded to shape my hair into a close of his own style – very short at the sides and rather 'sculpted' on top.

After meeting up again back at the hotel, we all went back out and picked up some barbecued pork from a little Chinese restaurant then some slushies from the 7-Eleven across the road. We then went back to the hotel, where our driver (and he is now 'our driver', this being our third journey with him) was waiting. We chucked our bags in the taxi and then set off for the more than an hour long journey to the park. When we got there, we checked in and got the exciting news that there was a Rafflesia in flower next to the path that ran up the mountain behind the park headquarters. A parasite that grows on lianas, there are more than 20 species of Rafflesia and they all produce very large, foul-smelling flowers – in some cases, the world's largest. There's no set season for flowering, so although we knew that Gunung Gading was a very good place to see them, we had no idea whether any would be in flower during our visit.

We dropped our stuff in our 'chalet' – a three-bedroom wooden building with a kitchen, two bathrooms (with cold showers), and a big communal living area with sofas, an eight-seater dining table and very high ceilings. I gave the kitchen a once-over and discovered that it didn't have a toaster, a fridge or any saucepans or frying pans, just a simple gas stove, a rice cooker and an extremely large wok. We put the girls in the only room with air conditioning and Kate and I took a room each.

We then headed out for a quick walk - up the (pretty steep) main trail to the first of the three waterfalls that it connects. As has been true in the other parks we've visited, the term 'waterfall' is used pretty loosely – it's really just a spot where a creek flows down over a larger than usual rock. There was a small pool at its base, but we didn't really feel like swimming – although Kate and the girls still managed to find a way to get their lower reaches wet, slipping and sliding and falling into one pool or another while I was away photographing frogs. 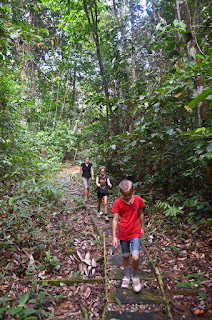 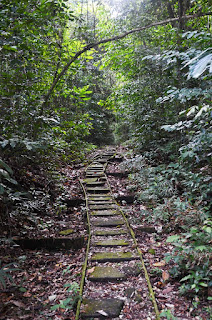 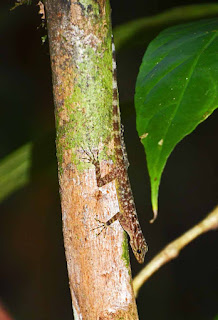 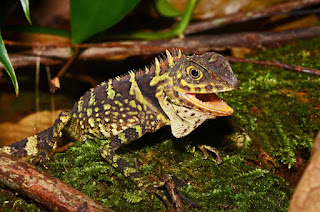 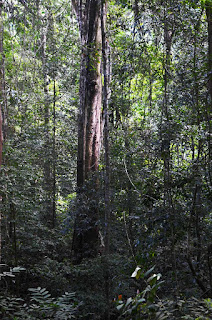 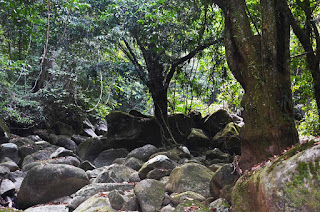 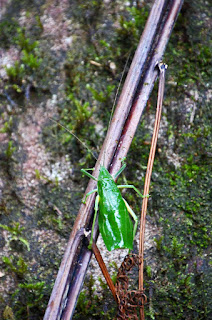 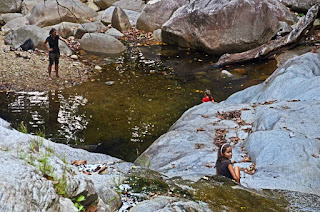 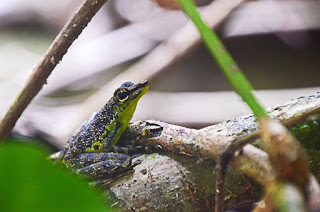 On the way back down, we took a slide trail that led to a boardwalk through a 'Rafflesia research area'. Near the junction, Sarah spotted a dead Rafflesia flower by the path – a strange black-brown shrivelled up thing. Where the boardwalk exited the forest, a swimming area had been constructed – much like the one at Kubah National Park, created by damming a stream that exited the forest at the same place – and the girls and I stripped off and went for a quick swim in it. There was also a very basic fountain nearby, with a single jet shooting up from the centre of a small circular pond. 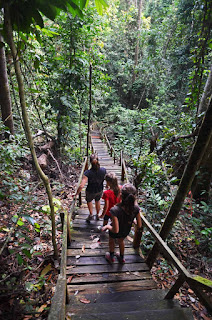 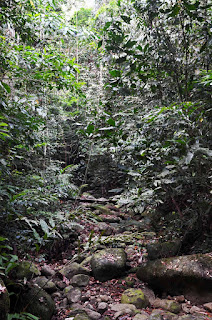 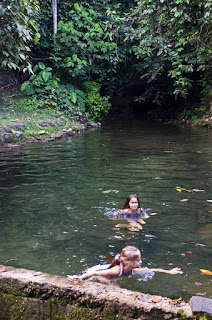 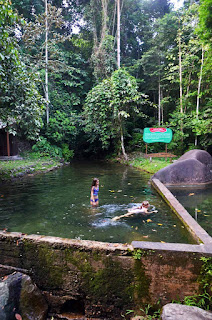 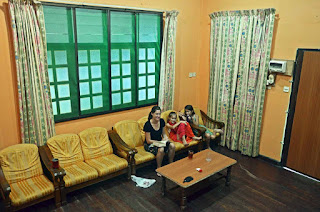 After dinner (pasta cooked in the rice cooker; sauce cooked in the enormous wok), I walked back up the main trail but didn't see much – just a gecko or two. I came back down the Rafflesia boardwalk, but saw even less there. I was about to head back to the chalet when I heard a desultory croak from the fountain near the swimming area. I went over to investigate and managed to find four different species of frog in the little pond, including a gorgeous orange and black example. 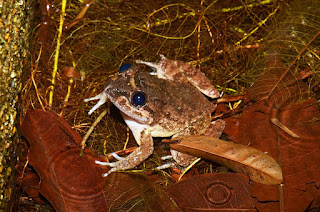 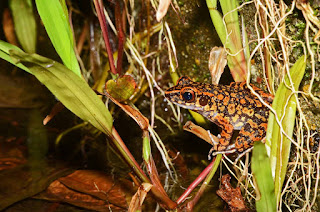 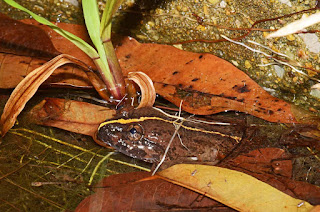