We had breakfast this morning in the hostel – some really nice cherry dumplings made by a friend of Kate's. We then went out and bought some supplies for today's train journey and then got a lift with Anton to the station, where we bought some burgers for lunch.

Now, remember I wrote earlier that the lower the train number, the newer and more modern the train? Not true. This was the Number 12 train, but it was an older style like we were on a few days ago. This one had more effective air-conditioning, however, and was more than comfortable enough for us. The tenants who lived in our house while we undertook the European leg of the journey had left behind a big packet of anti-bacterial wipes, which we brought along on this leg mainly because they were there. And because we have them, we've been wiping down the seats and head rests in these older trains (and the toilet seats, too...). In this case they came away distinctly brown, so we gave everything a double wipe.

Our carriage attendant on this train was a cheerful young and very chatty Bashkir, who spoke decent English. When he discovered that we were from England, he asked whereabouts. Although he hadn't heard of Winchester, when we said it was near Southampton he reeled off an impressive list of past and present Saints footballers.

After we had been on the train for a few hours, the attendant came to the compartment with a big bag full off random merchandise (stuffed toys, a pocket watch, USB sticks shaped like trains and so on). He plonked himself on one of the seats and proceeded to pull bits and pieces out and show them to us, presumably so that we could buy them, although when he got to the end of his presentation he made no attempt to actually sell anything to us. He also made no attempt to leave the compartment – staying for ages, chatting away in broken English about football, the seasons, his job...

When he eventually left, the girls did a bit of schoolwork, I read the New Yorker and we watched the scenery go by. We're back into mixed pine and birch, and the little settlements look much the same. The dominant colour out here is definitely brown – dry grass, dead trees, the wood of the houses – with a bit of green and some brighter colours from the fading paint on some of the buildings. The one primary exception to all of this comes from the cemeteries, which are a riot of colour. I'm not sure exactly where it's all coming from – certainly some is from real and plastic flowers left on the graves – but that doesn't early explain the prevalence of lurid fluorescent pinks and oranges. 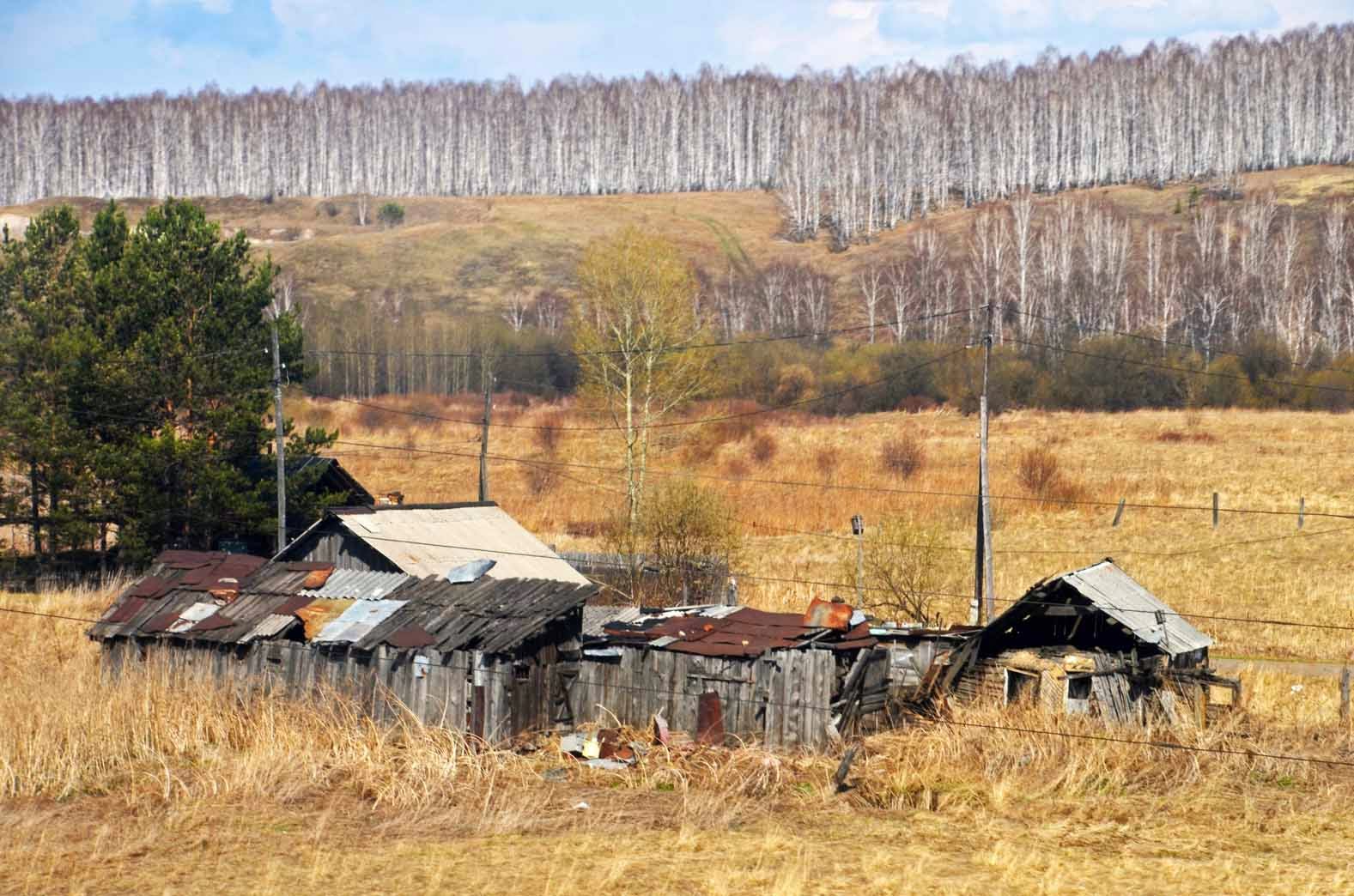 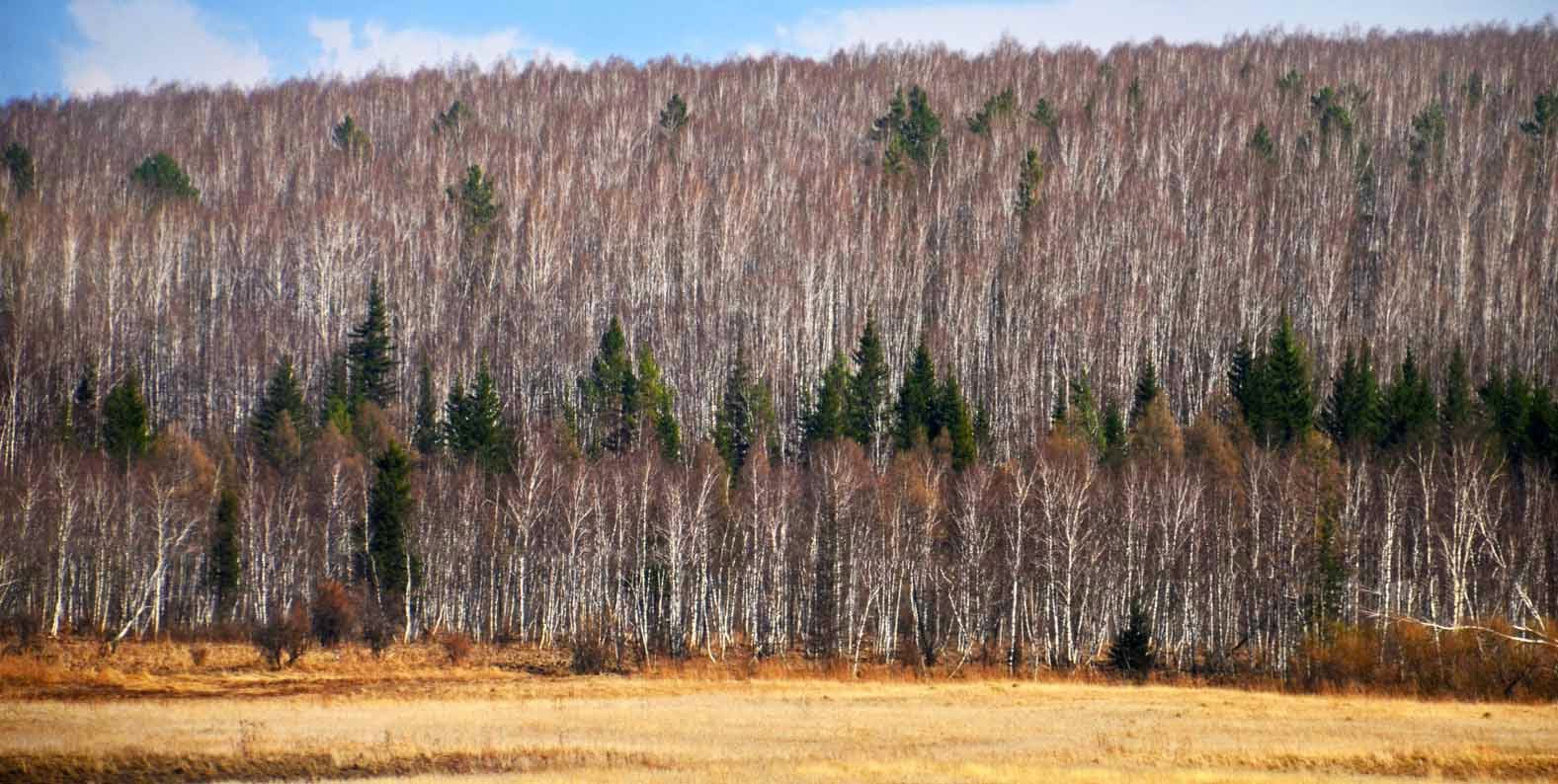 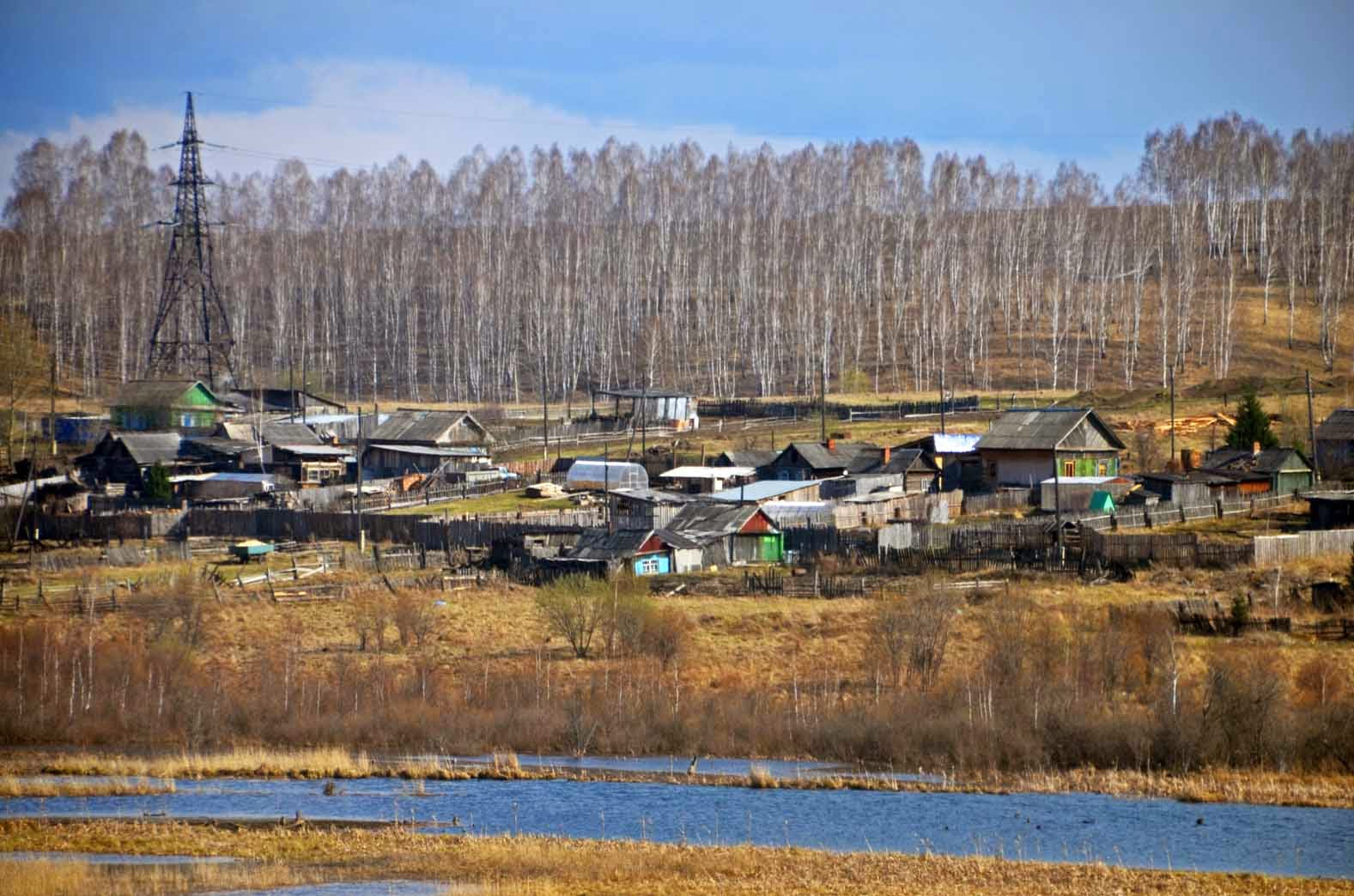 On this leg, we've also noticed a rise in the amount of litter scattered around the countryside. It appears that the locals haven't really embraced the idea of landfill, and just dump their rubbish wherever it can't be easily seen. The wind then picks it up and disperses it far and wide, much to the detriment of the scenery.

In the afternoon, the train made a lengthy stop at a station and we all got out to stretch our legs and buy some water and sweets. An enormous coal train was parked on the opposite side of the platform and there was quite a lot of spilled coal down around the tracks, which offered me a chance to give the girls an impromptu geology lesson. 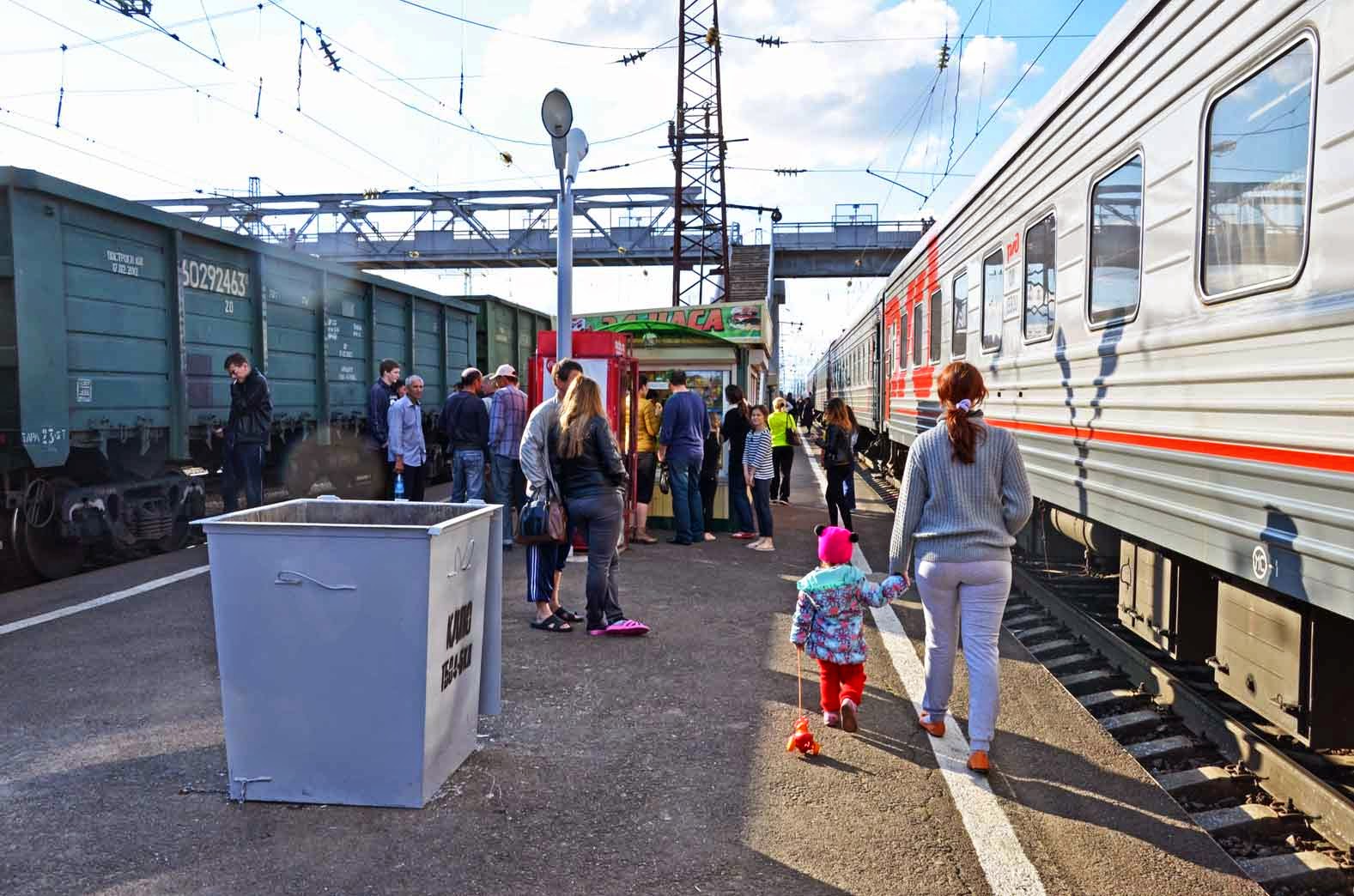 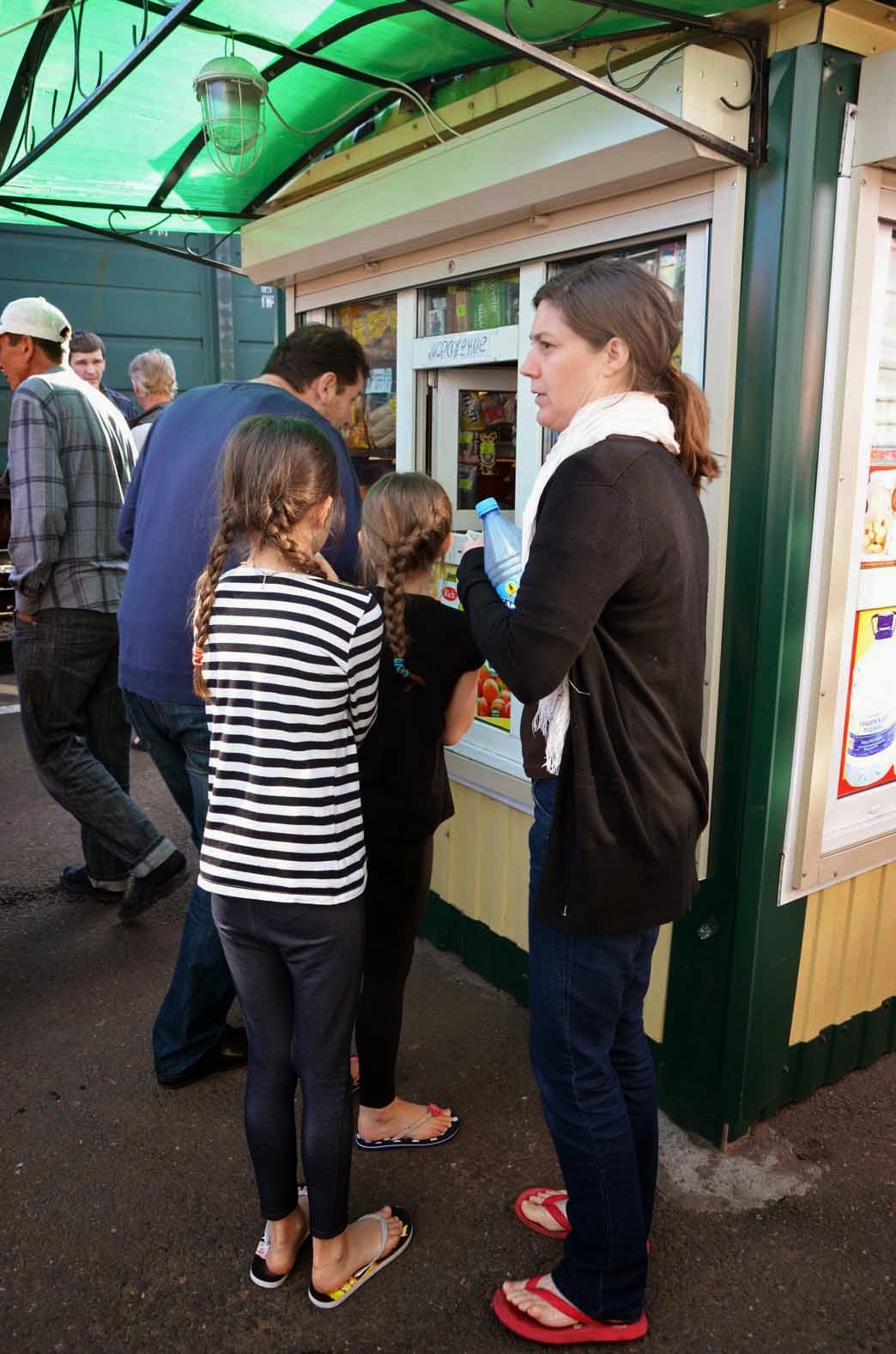 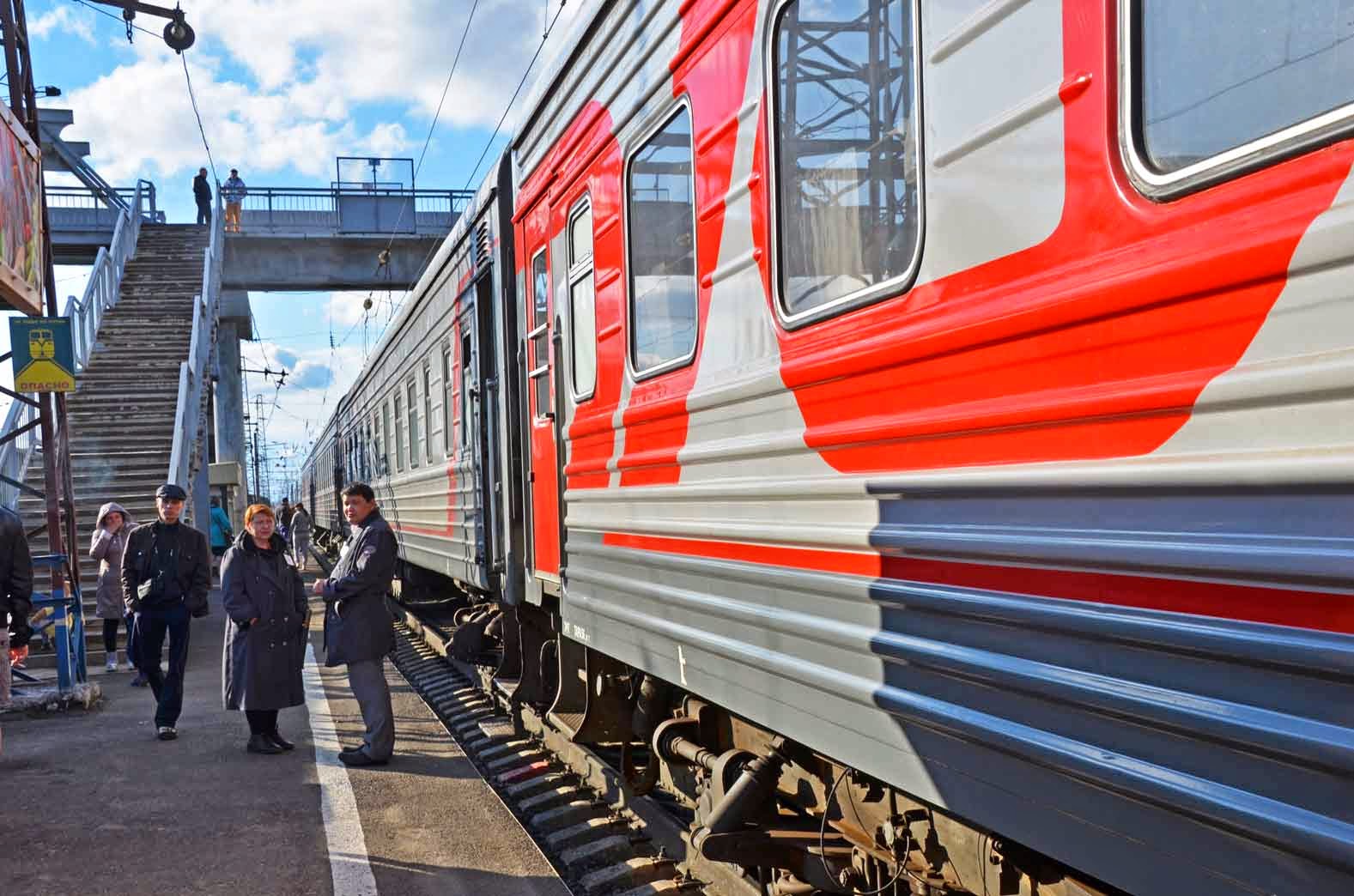 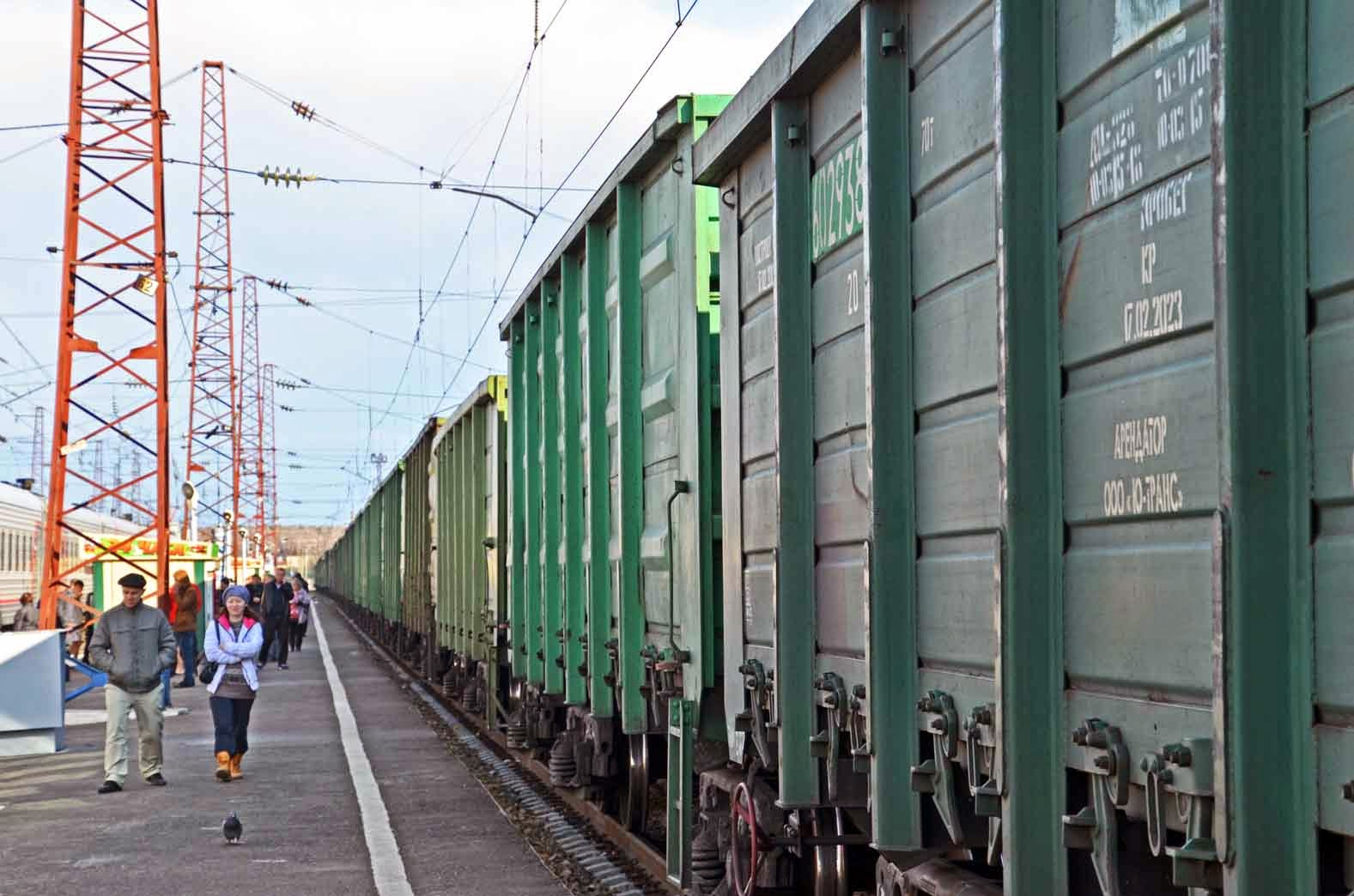 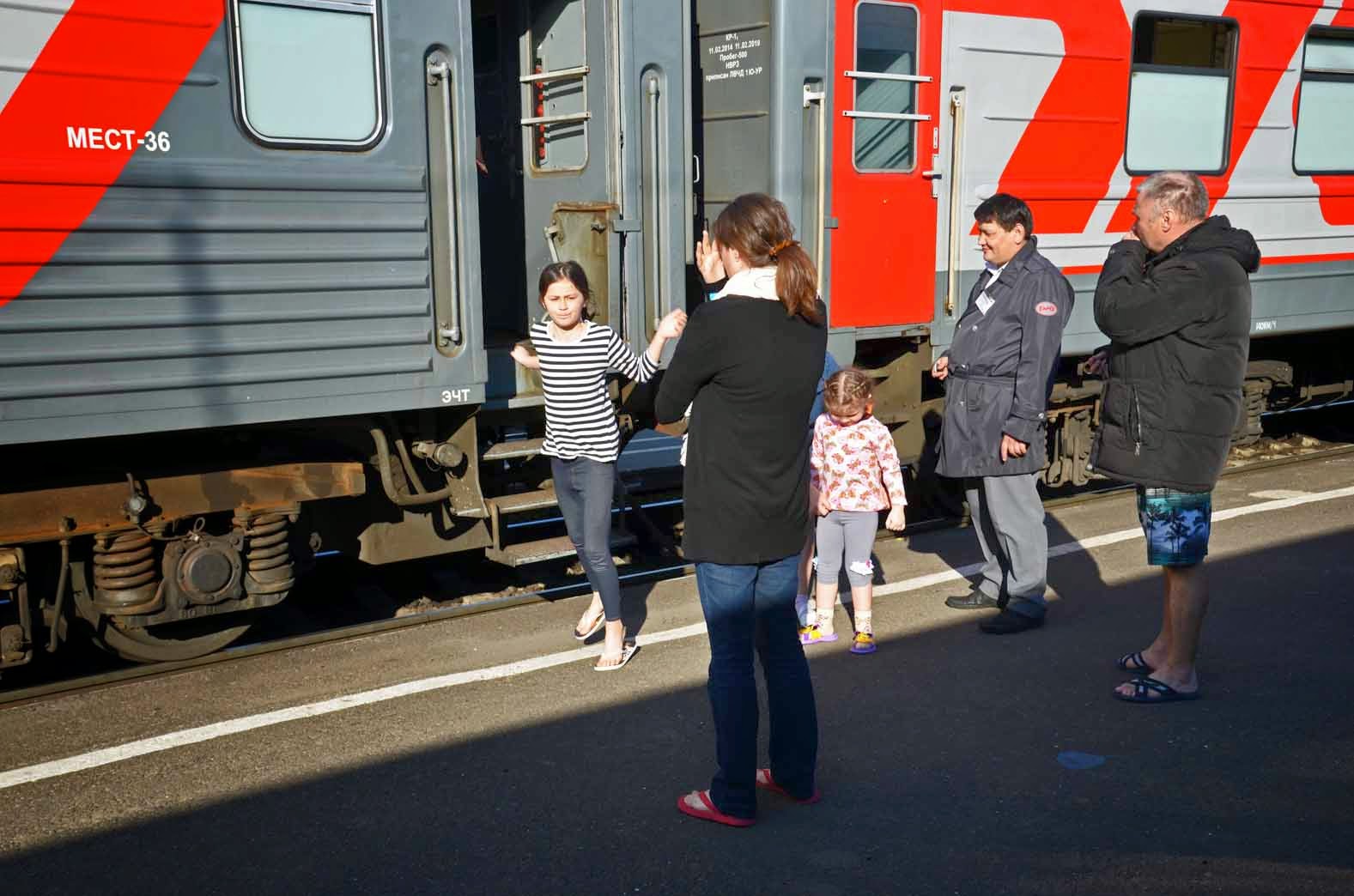