After breakfast this morning we arranged for a taxi to take us out to the central bus station, where we bought tickets out to Lake Baikal. The next available bus wasn't until 11am – an hour and a half away – so we decided to wander up the street opposite to see what we could see. After a while, we came across a large covered market and spent some time perusing the wares on offer – again, a lot of smoked and dried fish, as well as some interesting-looking soft cheese and plenty of meat. We found a stall selling some nice-looking flatbread and pastries and bought a few things for the bus ride – much to the apparent annoyance of the stall holder, who seemed much more interested in doing her accounts. 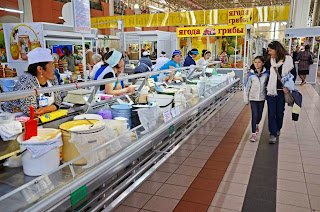 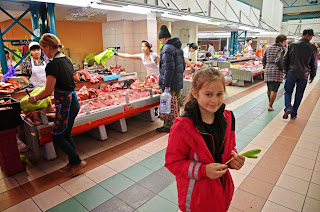 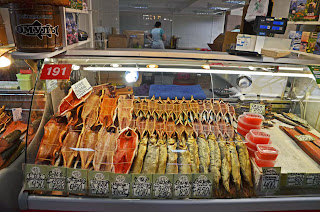 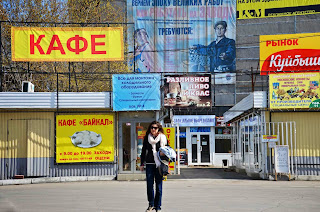 The bus ride was pretty short – just an hour or so – and when we arrived, we went straight into the information office to buy our tickets back on the five o'clock bus. As it was now lunch time, we followed the smell of barbecuing meat to the restaurant next door, where a grill had been set up outside, where skewers of meat were being pleasantly charred. Next to it was a contraption in which a wok-like pan was being heated by a wood-burning stove. Inside was a soup-like mixture containing carrots and chunks of meat, the whole lot being lovingly tended by a woman in a head-scarf. It all looked so good that we went inside and did our best at ordering some. The carrot dish was far from ready, apparently, so we sat outside on the deck in the sun, our ears assaulted by a barrage of aggressive Euro-dance coming from three different nearby sources. 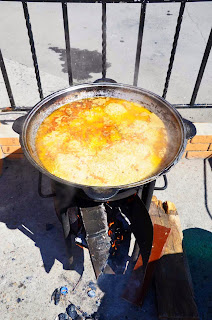 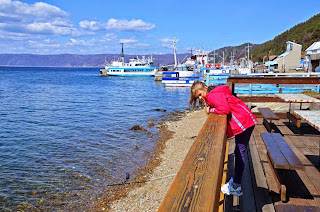 As we waited, we saw the head-scarfed woman pour a bucket of rice into the wok and stir it around, and then, finally our food started to arrive – some really good grilled lamb and pork and then the rice dish – sort of a Middle-eastern paella, with tender chunks of lamb and delicately spiced rice. This was so good that we went back and ordered two more plates at 100 roubles a piece (about £1.30).

Finally satiated, we headed along the lake shore to the museum that Kate had read about last night, which the sweet old lady in the information office had told us was four kilometres away. Along the way, we bumped into two Italian men we had met on the train to Irkutsk. They told us that the museum was closed, but after we had parted from them, we figured out they were talking about a different museum, so we continued on our way, walking into a pretty brisk and chilly breeze. 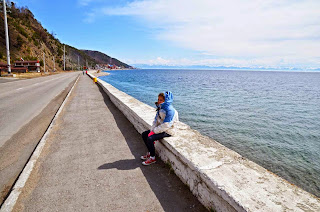 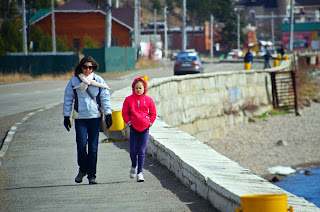 When we finally made it to the museum, we paid the entrance fee and wandered around, looking at exhibits detailing the formation of the lake - which is the world's largest (by volume) and deepest (1,642 metres) and contains about a fifth of the world's unfrozen fresh water - and some stuffed animals and scientific instruments. Eventually, we reached the bit we had been waiting for – an aquarium with a series of tanks containing some of the lake's fauna – various types of fish, including some impressive sturgeon, some bizarre yellow crustaceans, and two of the cutest, fattest seals you'll ever see, which took it in turns swimming through a small hole that separates their two tanks, first lying on their backs, then up and around and through again, this time right side up. 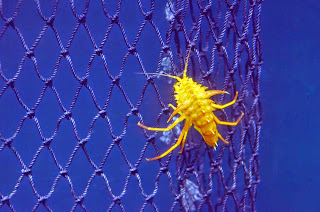 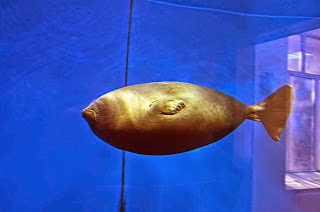 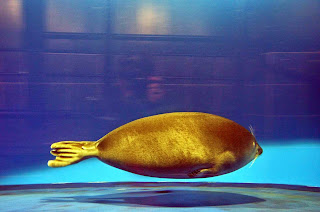 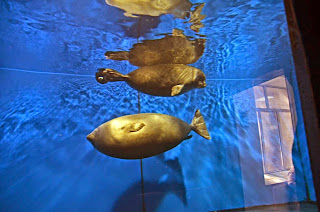 Then it was back to the bus stop (where we took a quick detour to the lake shore to dip our hands in) and back to Irkutsk, where we bought some ingredients for dinner and then caught a bus back to the hostel. 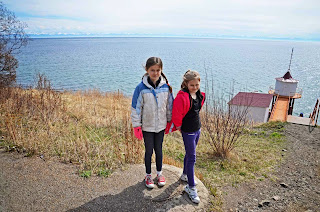 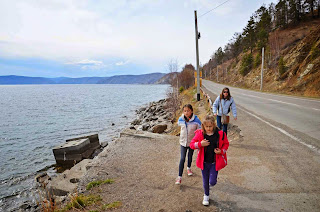 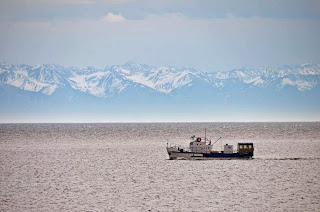 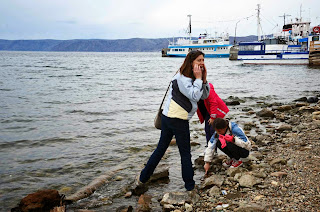 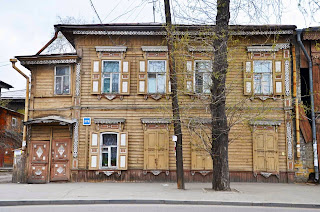 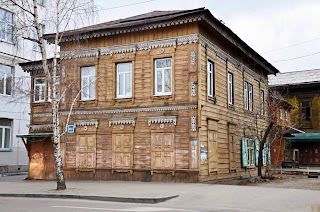 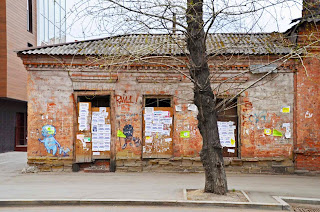