We went back to Lotus Food Corner for some roti pancakes (which came with a delicious curry sauce) and fresh orange juice for breakfast. We then bought some lunch ingredients from the minimarts beside our hotel, before walking down to the start of Trail 4. One of the reasons we had come up to the Cameron Highlands was that we had read that there was a series of trails through the forest that you could walk around without a guide. As is too often the case, the walks, we discovered, are intermittently signposted, but we got off to a good start, quickly finding the beginning of our chosen walk right where we expected to be and were soon walking along a well-maintained path through some attractive rainforest. Not long after, we emerged into a large picnic area, where the girls inevitably wanted to spend some time in a little playpark. 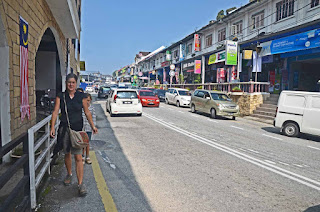 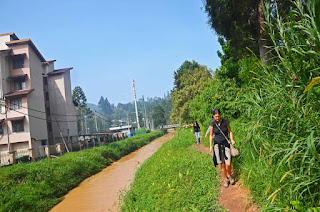 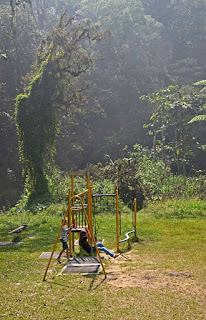 Back in the forest, we started to have some trouble with unmarked junctions. The map Kate had photographed before we left wasn't much help, but we just followed our instincts and made it to our next important landmark – the Forestry Department office. On the way, we stopped at another unmarked junction and while we tried to get our bearings, we heard a noise in the undergrowth, which eventually resolved itself into a couple of little brown shrews. At the forestry office, despite the presence of a big map, we had a bit of a struggle figuring out how to get onto Trail 6. When we finally got going, we soon got going uphill, clambering over roots and through large patches of mud. After a while, we reached a ridgeline and the path flattened out a bit. The trees became a bit thinner and more stunted and everywhere we looked, everything was festooned in bright-green moss. 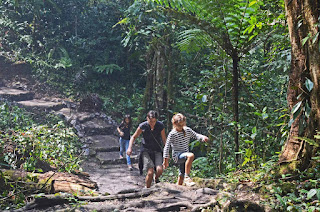 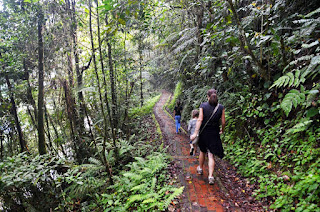 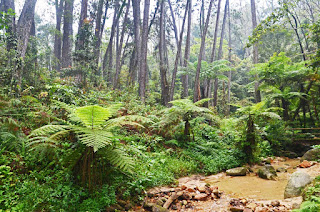 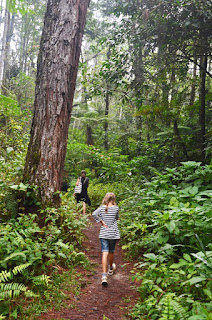 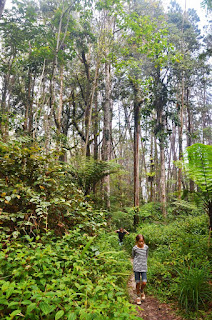 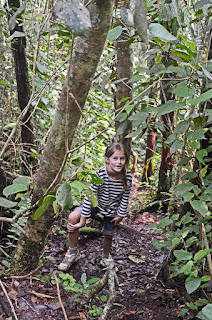 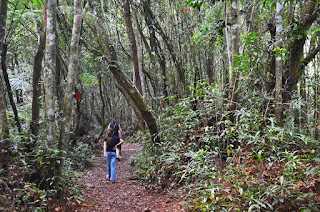 We walked for some time, the track rising and falling as we crossed a series of small creeks, until we finally reached a cement shelter set at a track crossroads. We stopped there for our traditional lunch of tuna and cucumber sandwiches (on some quite nice wholegrain bread), sitting gingerly on the cold cement benches, which appeared to have a sheen of condensation on them. The plan had always been to get to the top of a nearby hill, but rain had been predicted and after seeing the strength of yesterday's downpour, we weren't keen on getting stuck in the forest without umbrellas, so we abandoned our summit bid and headed down, eventually emerging from the forest on the edge of a small farm, where we walked past rows of rather moth-eaten cabbages. 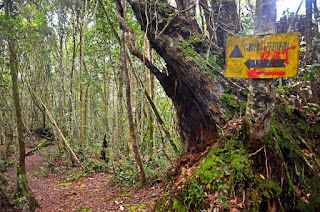 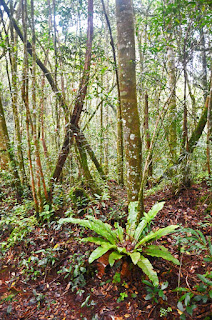 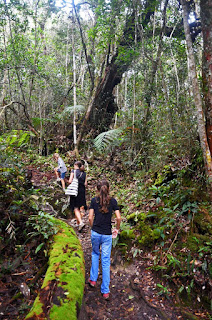 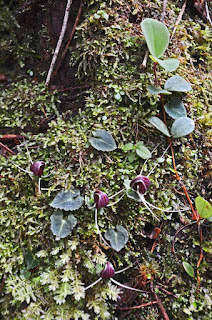 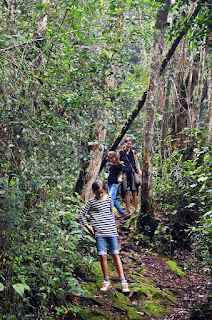 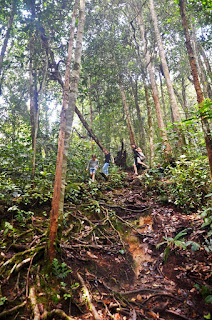 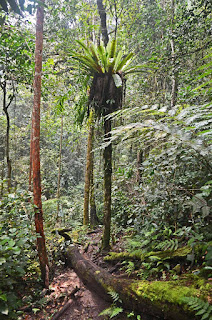 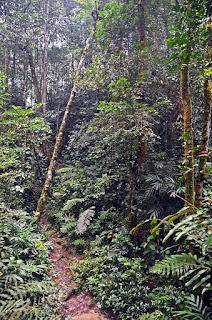 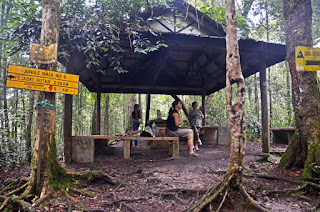 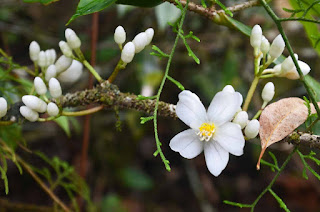 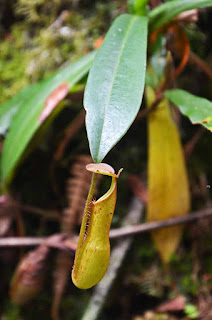 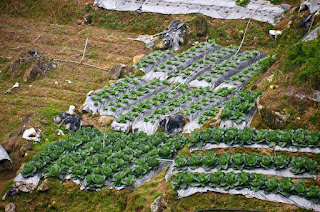 At the bottom of the hill we discovered a large group of people visiting what we eventually worked out was an 'agriculture park'. There were various displays of various forms of horticulture, including a very impressive collection of pitcher plants and the inevitable rows of hydroponic strawberries. Adjacent to these was a counter selling strawberry ice cream. We bought a couple of tubs, assuming that it would be made with some of the lovely plump red strawberries growing all around us, but were most disappointed to discover that it was actually just artificial pink muck that didn't taste even vaguely like strawberries into which a few bits of cut up fresh strawberry had been placed. Our dismay at being so thoroughly duped was then leavened by the discovery, as we walked out through the entrance, that the people around us had actually paid to get into the park. 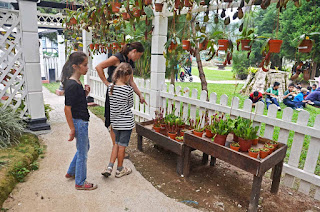 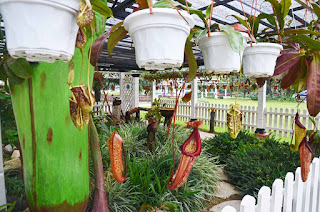 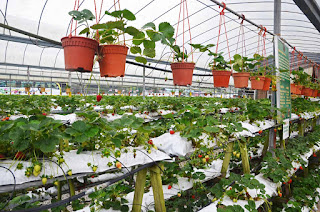 Once we had got our bearings, we walked back into Tanah Rata, where Kate got a mug of tea (the other crop for which the Cameron Highlands is known) and I got a particularly awful coffee. In the evening we went to a little Indian restaurant near the hotel for dinner, and then wandered around a fruit and veg market that had been set up across the road, picking up a few things for tomorrow's drive back down to George Town. 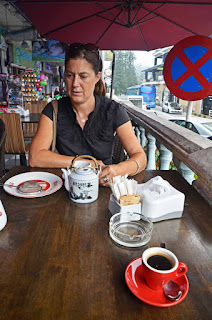 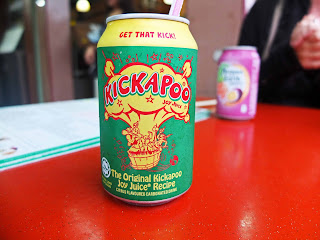 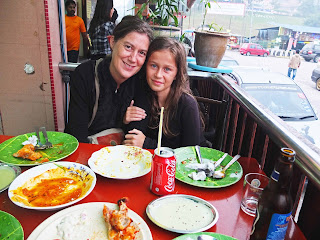 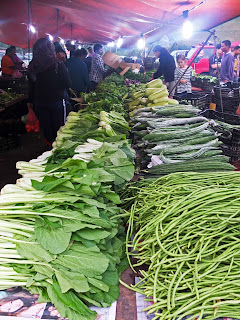