The alarm went off at 6am this morning and we packed up and went down to a place in the main, upper part of town for breakfast, sitting and waiting for a while as the roti canai guy warmed up the hotplate. We then walked up to the car park, where we thought the bus back to Jerantut made its pick-ups, but were told to go back down into town. The expected departure time of 8.15am came and went and it wasn't until 9.15am that we were able to climb aboard the bus. An hour later we arrived in Jerantut, and discovered that the next bus to KL didn't leave until 4pm. We met a couple of French guys who were also trying to get back to KL and between us we managed to cobble together a new plan - we would catch a bus to another town, Temerloh, from which KL buses left every hour or so. We only had to wait about half an hour for the rather rickety bus to leave and were in Temerloh about an hour after that, but when we got into the bus station, we discovered that tickets had been selling fast for the multiple coaches to KL and the earliest we could get on was at 3.30pm (the French guys got on a slightly earlier bus as there was only the two of them). 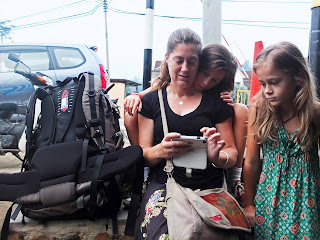 It was about lunchtime by now so we headed over to the local Pizza Hut for a slightly dispiriting meal and to plug our various electrical components into the power point conveniently located adjacent to our booth. The journey to KL took about three hours, taking us through some torrential rain and abysmal traffic. Then it was up the stairs to the sky train and back to our familiar neighbourhood, where we trudged down to Hotel 99, where we had stayed the last time we were in KL. Everyone was looking forward to a soft bed, air-con and some HBO, but when we turned the TV on, it was just showing a collection of fuzzy local channels. The horror! Kate went down to complain and soon the barefoot tech guy was reconnecting us. The joy! 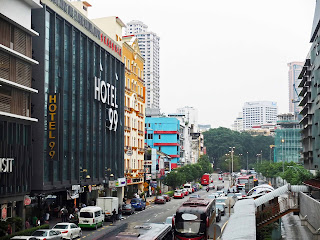 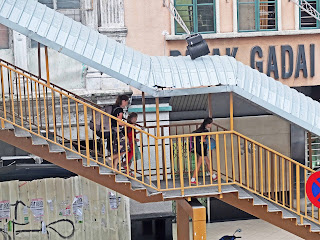 For dinner we decided to take a break from Chinatown and walked down the main road past the hospital to a place that did a mixture of Indian and local dishes – and had come highly recommended on TripAdvisor. It took us a while to find it – we walked straight past it the first time – but when we sat down, the staff were incredibly friendly, welcoming and helpful, and we had a nice meal of curries and naan. Back at the hotel, our neighbours appeared to be hosting some sort of party, with people regularly coming and going and bad local pop music playing until after midnight. 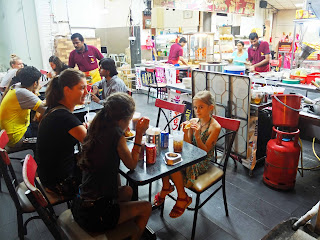 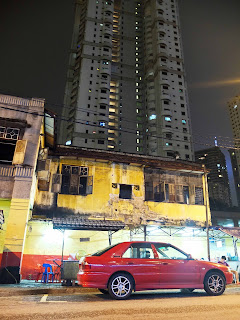