As I mentioned in my previous post, I love France - the food (which covers everything from the dishes to the general warm embrace of everything that you could call 'food culture' – but with a special mention for the bread, the wine, the cheese and the many and varied ways that they cook duck), the language (hearing it, not speaking it - I could do without the idiotic, incredibly pedantic pronunciation), believe it or not, the people, who we've almost invariably found to be friendly, welcoming and helpful, and the architecture (and in particular the way in which it decays so very picturesquely). Kate still finds my Francophilia hilarious, because I was rabidly anti-French during our first visit 20-odd years ago – partly, I suspect, because I felt so uncomfortable with the language and had bought all those tales of the rude French, but largely because I had to spend a day in the French embassy queueing to get a single-entry, five-day visa. These days, I'm comfortable enough with the language to just about get by in the important situations (ordering/buying food and wine, mostly), and the two things I find most difficult to cope with are not being able to buy all of the beautiful, crumbling stone buildings bearing A VENDRE signs we pass and not being able to buy more of the beautiful, tasty food we see.

On this, our first morning back in France, we found that the frost that had greeted us on our arrival had thickened over night. Our breath swirled foggily around us we crackled and crunched out to the car. We drove first to Chatillon-sur-Seine, one of the larger nearby towns. Our first stop there was, naturally, a boulangerie – one that turned out to have an oven right in the shop and a baker preparing baguettes for baking. Welcome to France! 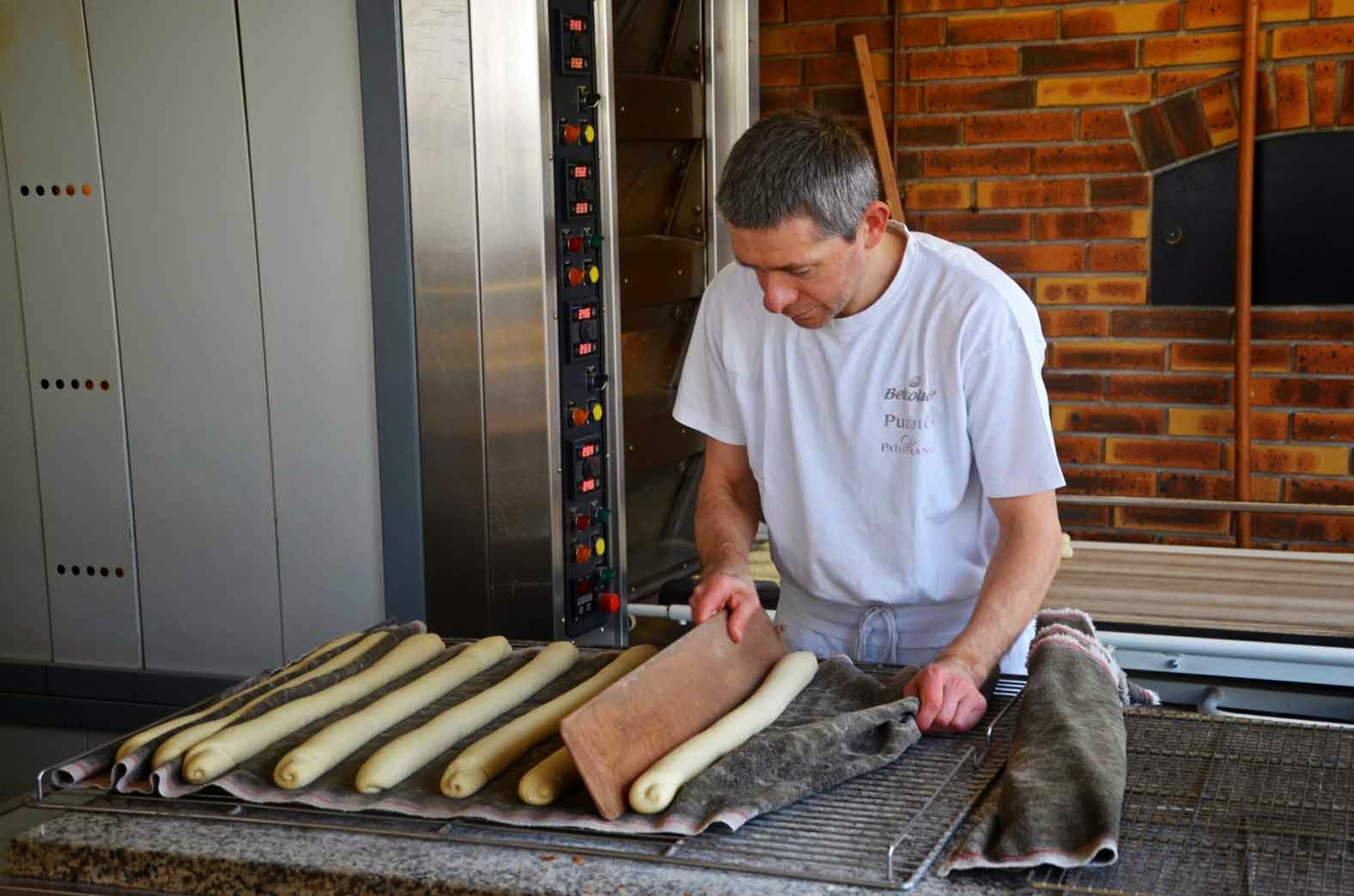 We wandered around a bit but the town itself was rather uninspiring, so we drove out through the fields and forest to the village of Bure les Templiers, where the owners of our house had said that there was a good restaurant – Le Sabot de Venus – serving traditional Burgundian food. It was only midday when we arrived, but the restaurant was open and there were even some diners in it. We were shown to a table and ordered three menus du jour – jambon perseille, roast park and pasta, and chocolate torte with a raspberry coulis – all for a mere 13.50 euros each. While we waited for our food to arrive, the adjacent tables filled up, the large one in the centre of the room taken over by the workers restoring the village church up the road.

Although we were in a tiny little restaurant in a tiny little village (as far as we could tell, this was the only establishment that actually served customers in the whole village), the food was sublime. The jelly in the jambon persielle really did taste of parley; the sauce on the roast pork was deeply flavoured and replete with small mushrooms, rich but not oily and a perfect match for the tender meat; the torte, again, was rich but not heavy, full of chocolatey flavour but surprisingly delicate and light, the sharp freshness of the raspberry coulis (absolute essence of raspberry) providing a perfect counterpoint. Sabrina, who served us, was friendly and warm, and we enjoyed the experience so much (including the cost - with coffees and a pichet of wine we were out of there with change from a 50 euro note)that we immediately booked a table for a few days hence. 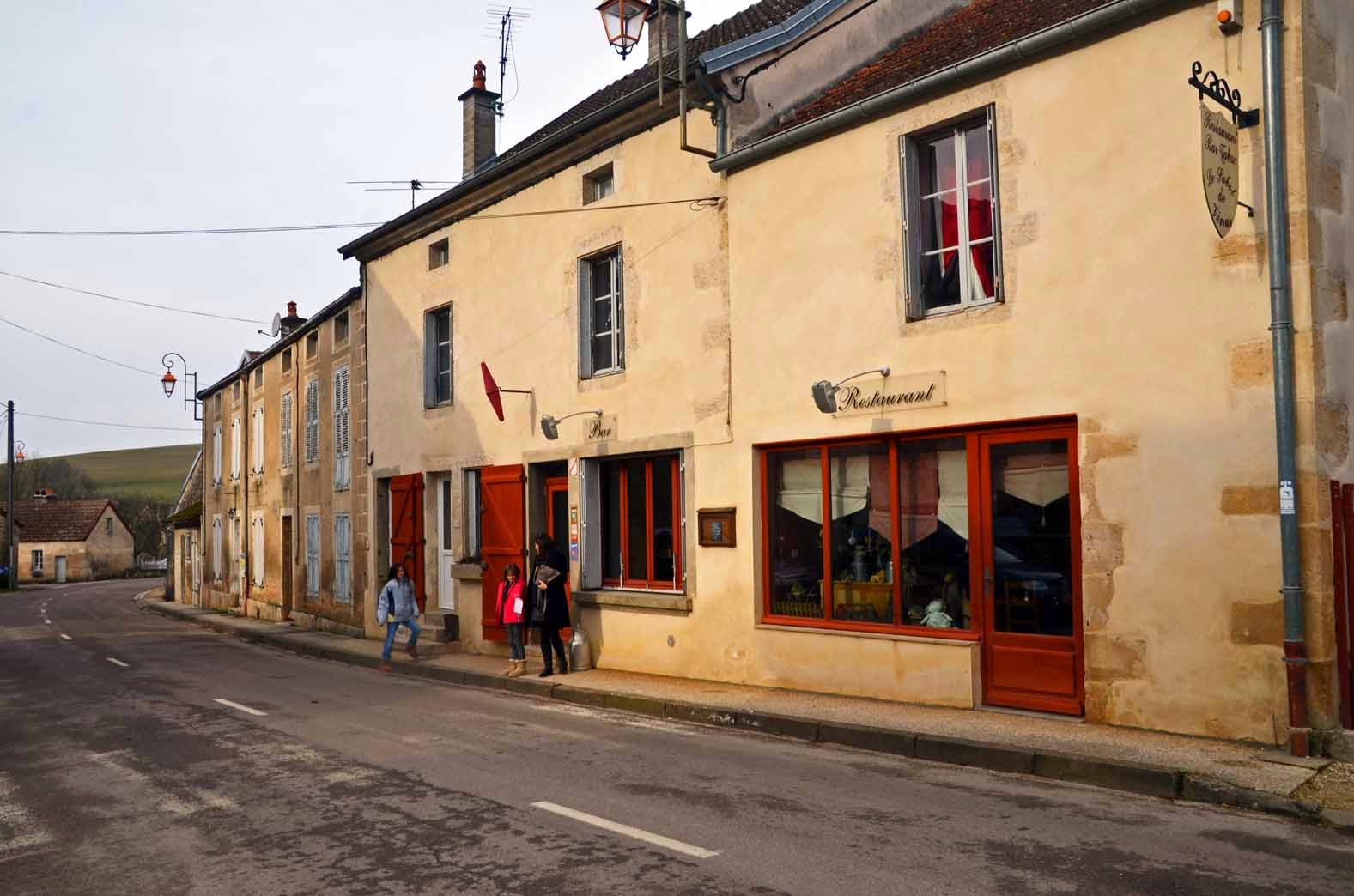 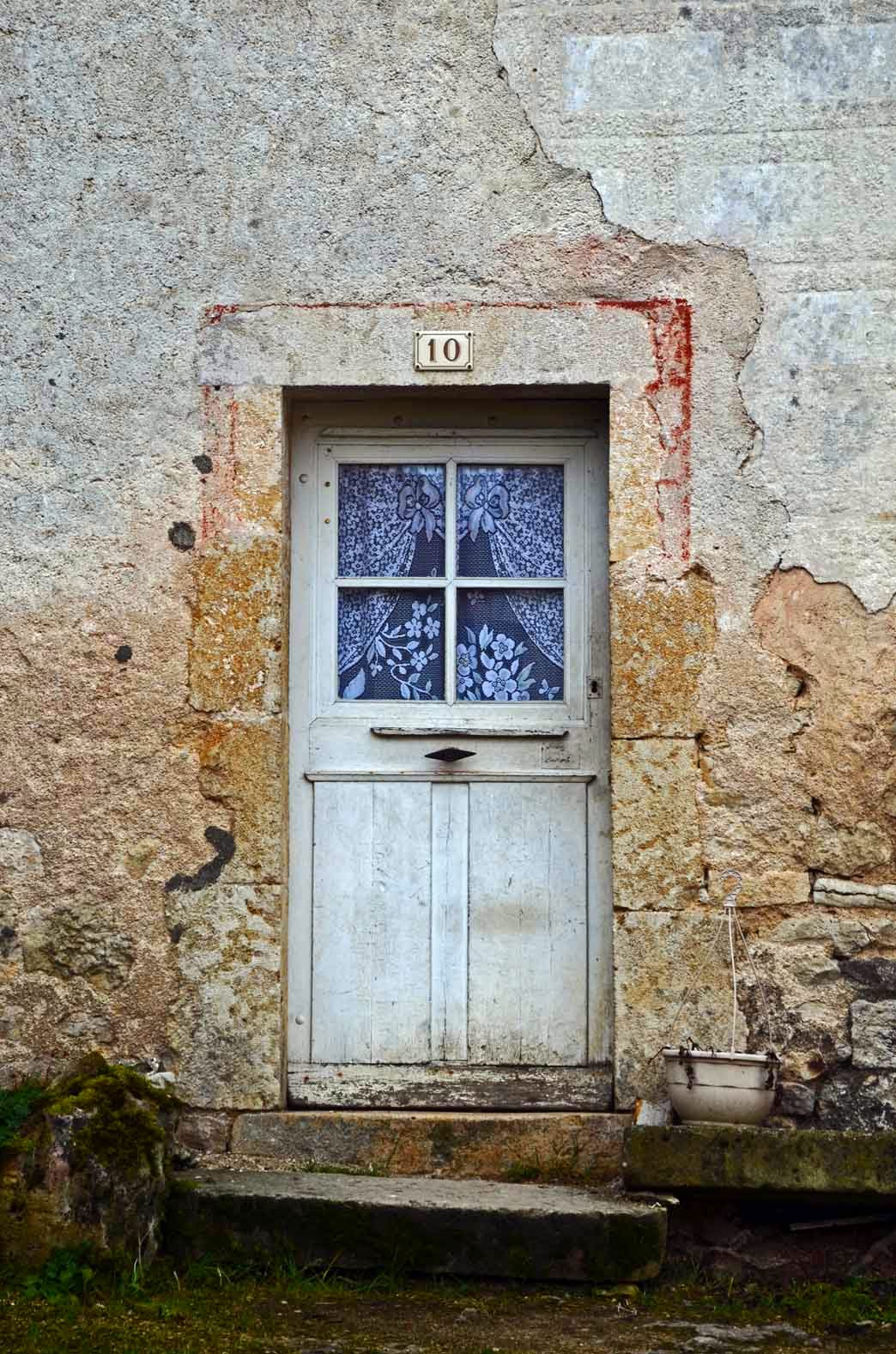