Our little cottage is only about half and hour from the D-Day landing beaches, so this morning we drove out to Omaha Beach, one of the landing stages for the US troops. It was very cold and blowing a gale when we got there, so we stayed long enough for the girls to get an idea of what it was all about and then jumped back in the car and drove to the American war cemetery at Colleville-sur-Mer (which appeared in Saving Private Ryan). We spent some time in the small museum first, watching films and looking at the exhibits, and then walked out to the cemetery itself, where we wandered among the grave markers for a while, slightly in awe of the scale of it all. 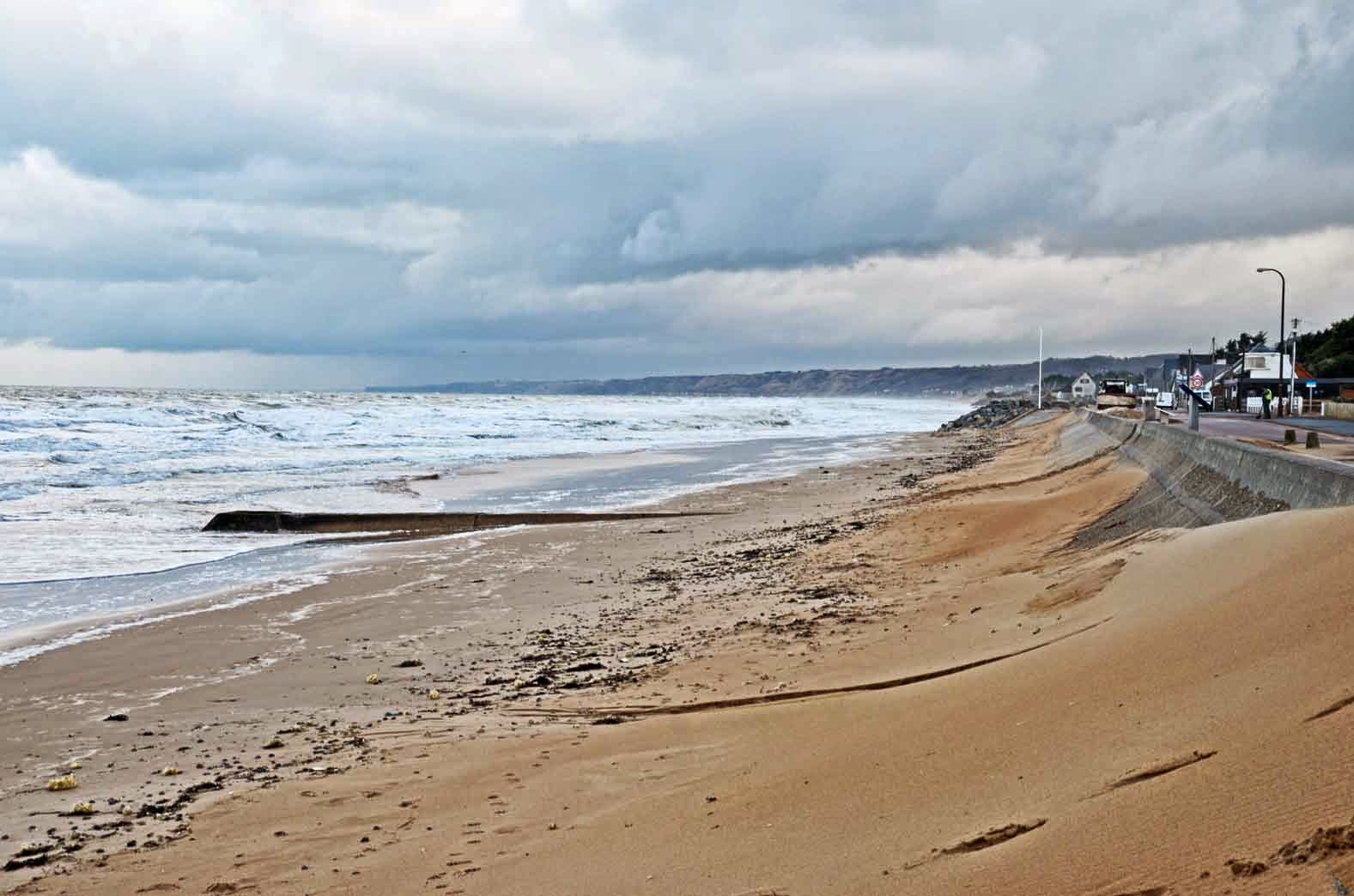 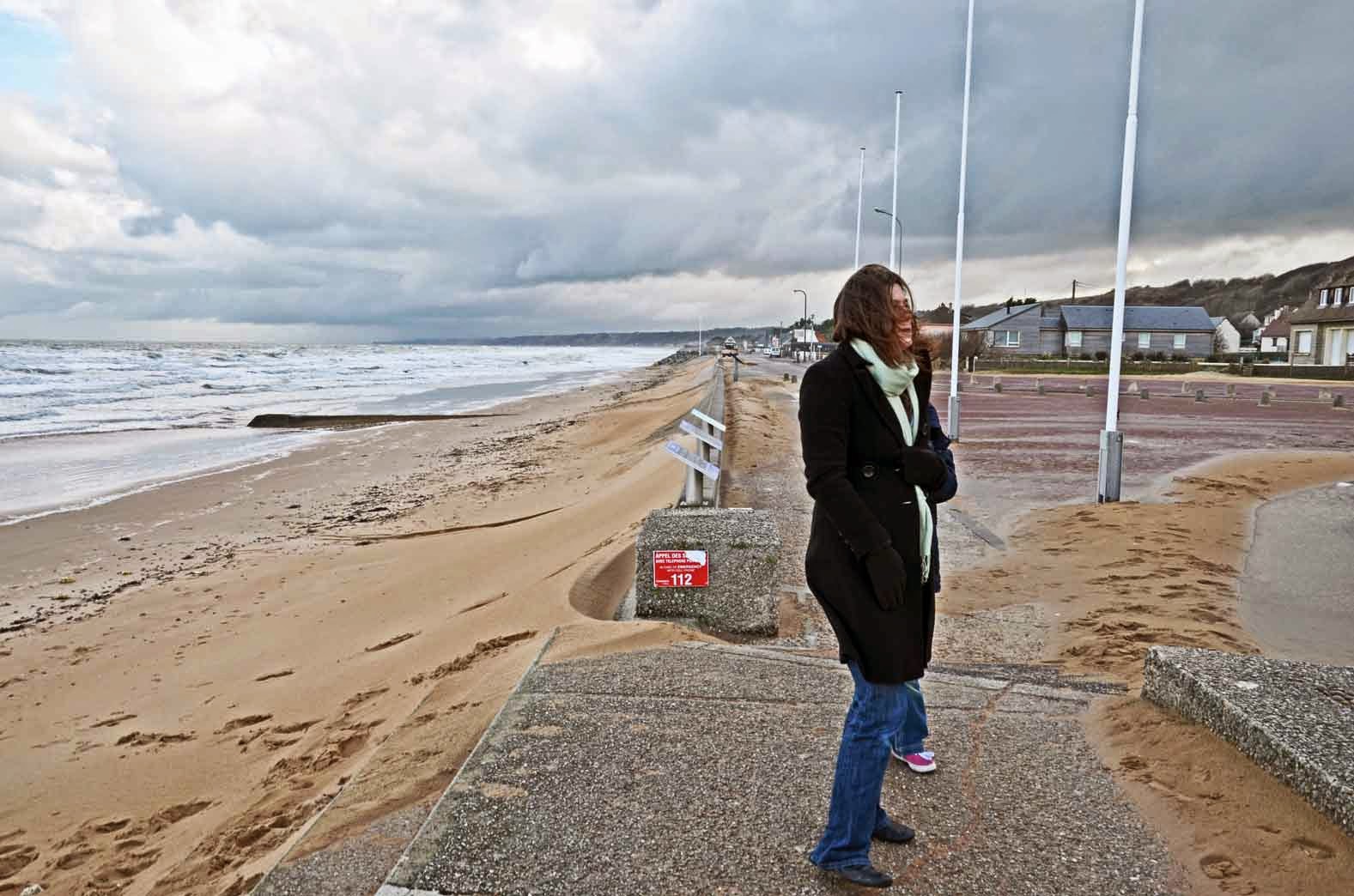 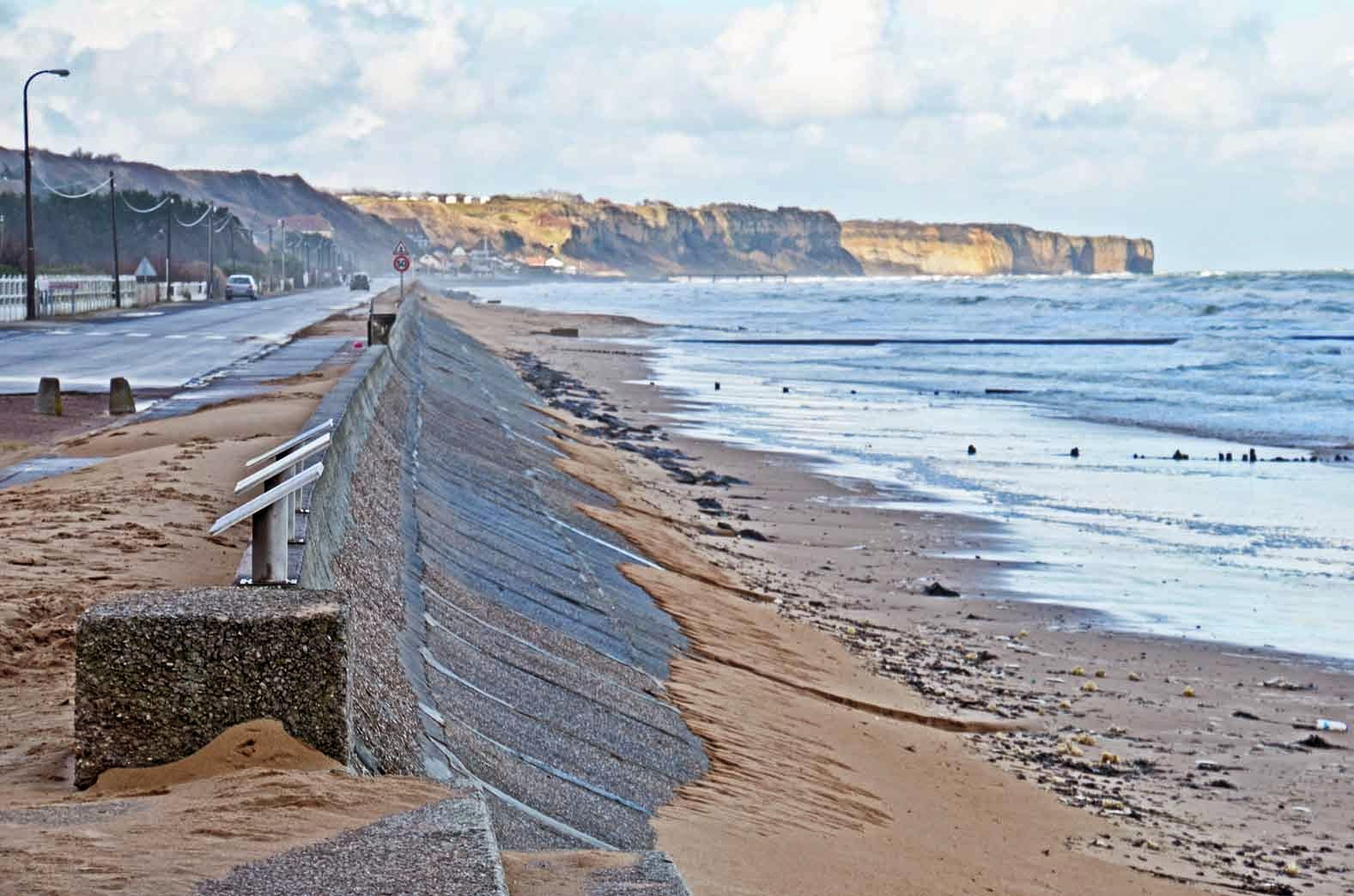 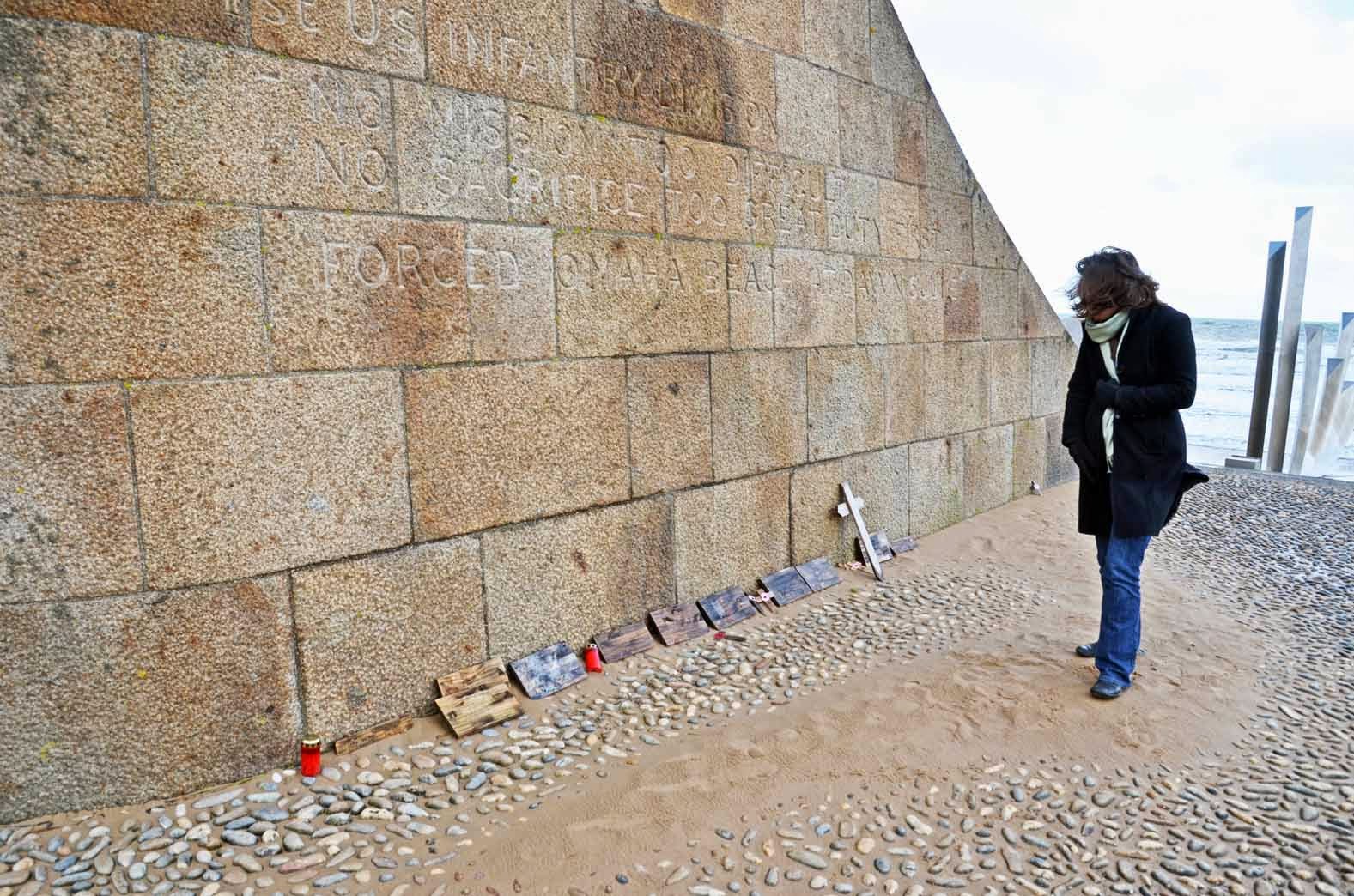 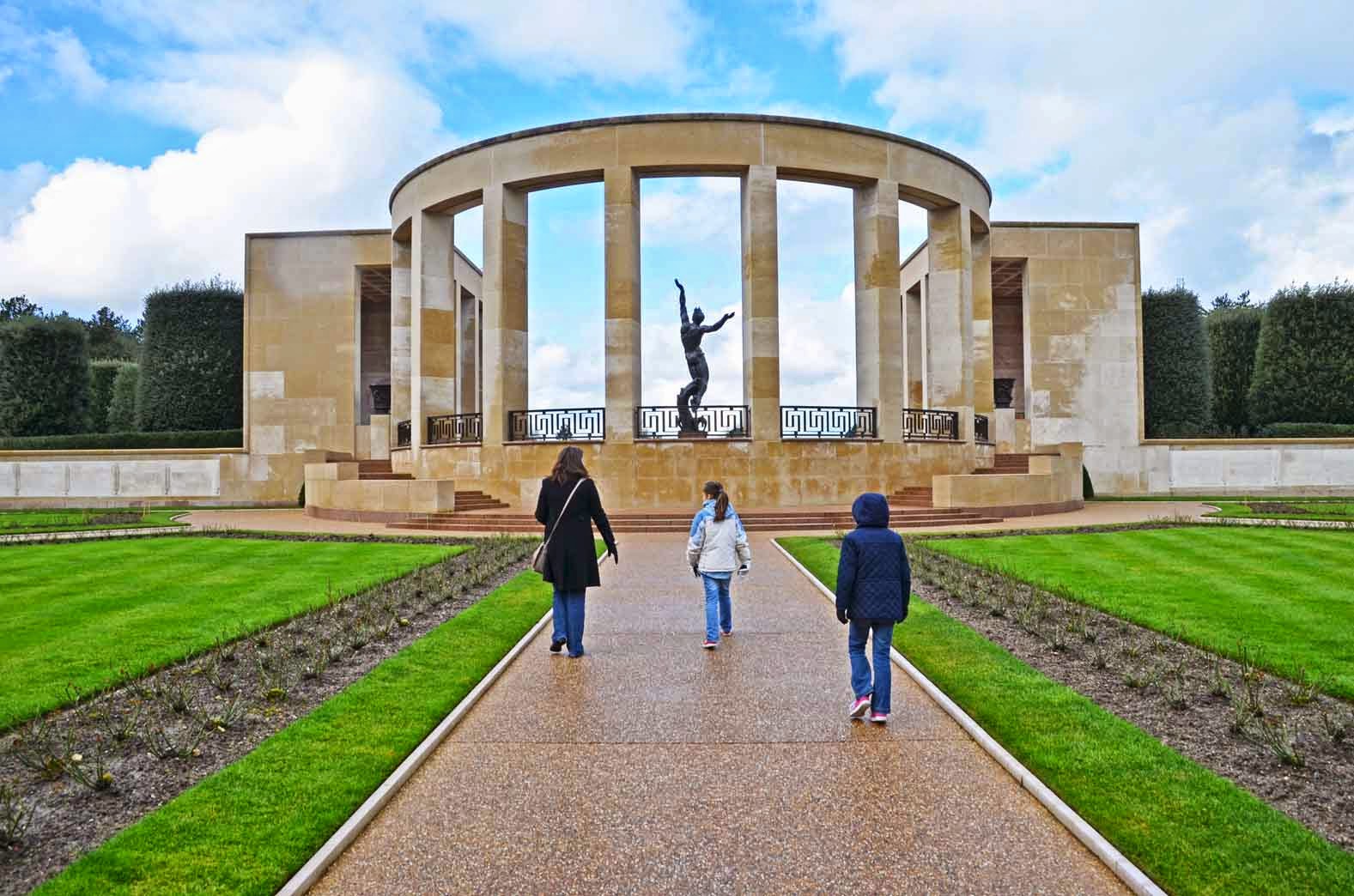 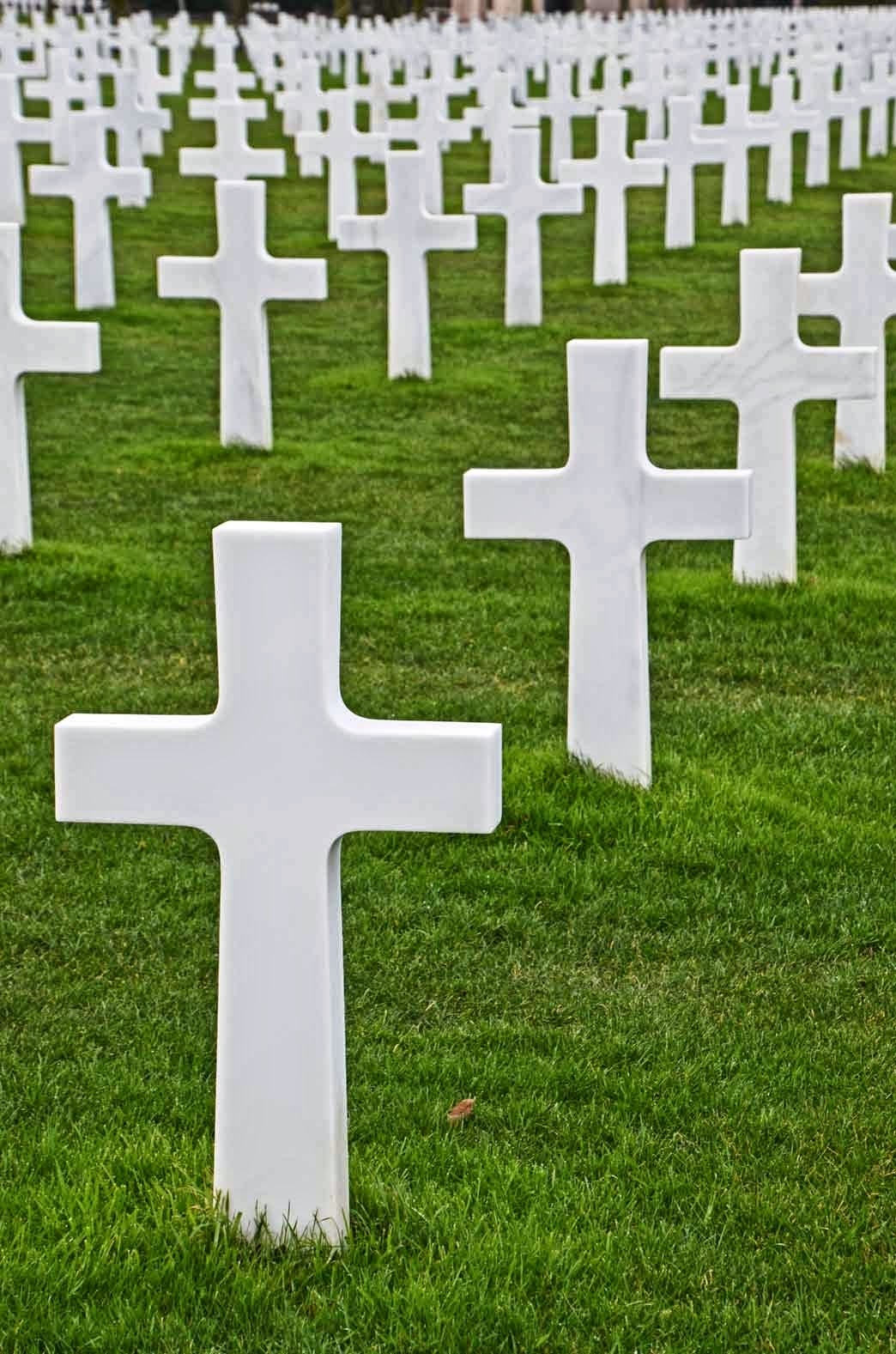 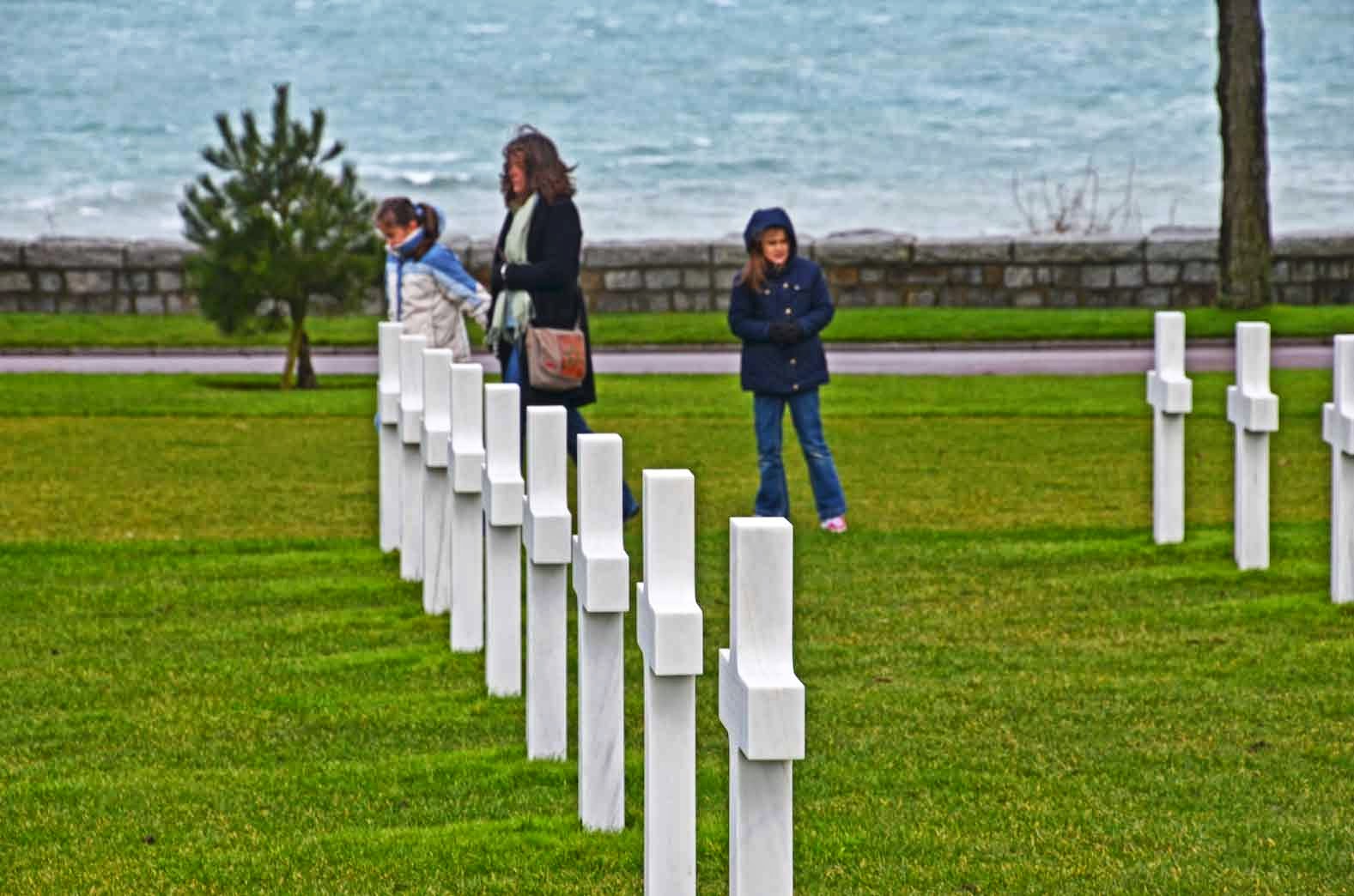 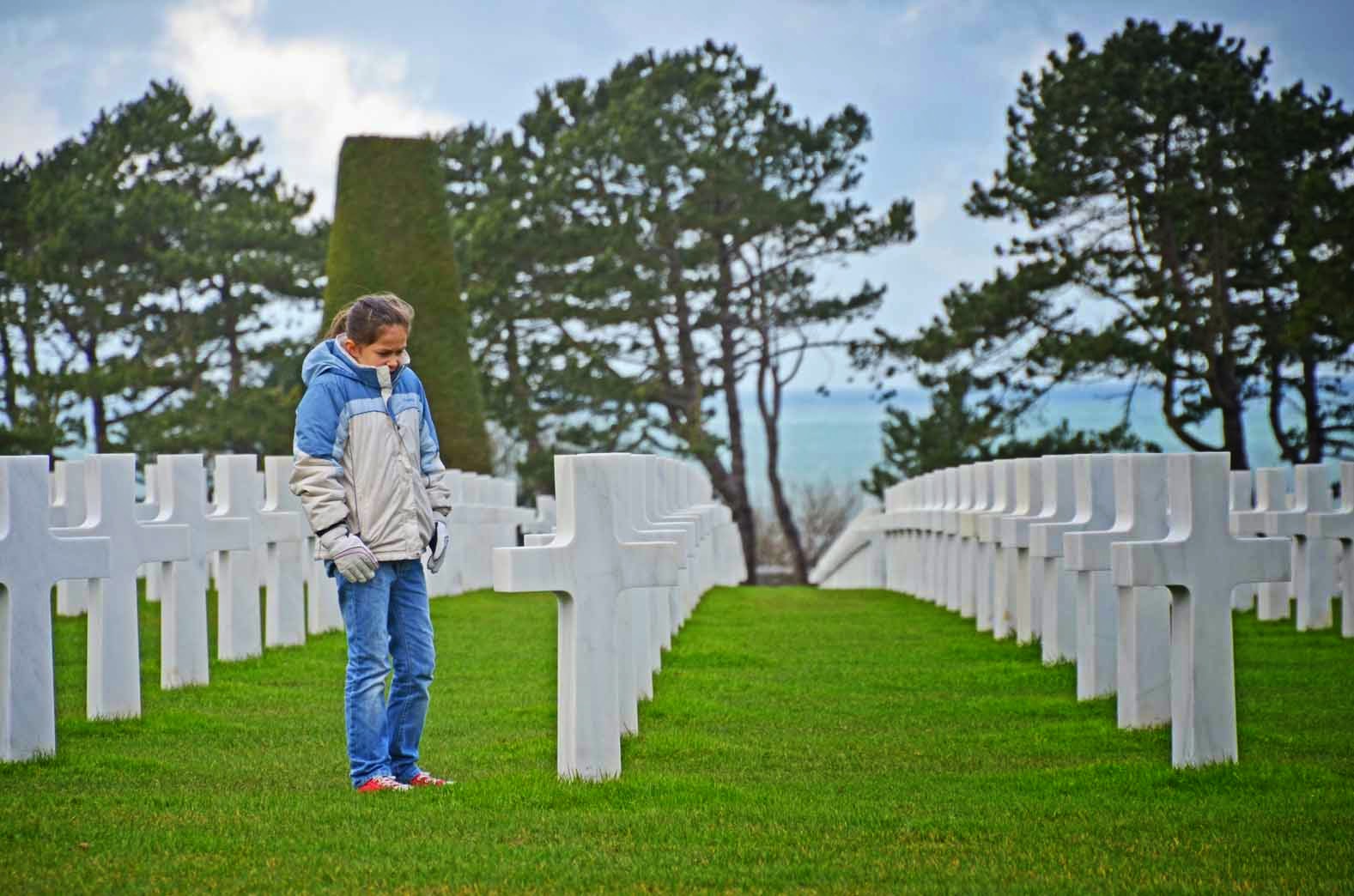 We then headed for the big E.Leclerc hypermarket outside Bayeux to stock up on all things French in preparation for our return to the UK tomorrow. Sadly, there was no Roche Baron cheese for Zoe, but they did have the vacuum-packed duck confit that I love so much and I found a few bottles of wine as well (although not as many as I would have liked – prices seem to have really jumped in the past year or so, and the bargains just aren’t as common). I splashed out on a bottle of 1986 Chateau Haut Bailly. Haut Bailly is one of my favourite wines and I couldn’t miss the opportunity to try a properly mature bottle like this (just don’t ask how much it cost).

We drove back to the house through several hail flurries and passed the remains of an accident – someone obviously hadn’t recalibrated their speed for the icy road and there were a couple of banged up cars beside the road. After lunch, I began the packing process one last time. Kate and Sarah were both feeling a bit ill by now – that bug had finally caught up with them – and after dinner, Sarah threw up all over her bed. I was then up until after midnight packing, cleaning and putting the sheets out to dry.