Still scarred from yesterday's 'eggs', we ate breakfast in our cabin this morning – some oranges and pastries we bought yesterday. The ferry docked at about 9.30am and we joined the queue to disembark - and then joined the queue to get through passport control. Not surprisingly, the passport/visa-checking process was quite time-consuming and nerve-racking. I had a worrying moment when the officials repeatedly asked me for something I didn't have – an 'arrival card' – but it turned out to be something they give to short-stay ferry passengers, so all was okay.

When we had finally passed through to the other side, we got some rubles from an ATM and then headed outside. As our hotel was some distance from the port and the public transport option looked disturbingly complicated, we had planned to splash out on a taxi, but when we got outside, they were pretty thin on the ground and those that we did managed to find either flat-out refused to take us, suggested we had to call the central booking office first, or quoted us a fare about twice what we had been told by the hotel was reasonable. Eventually, we gave up and Kate went back inside to find out where the bus stop was. As she spoke to an official, a young man sidled over to offer his advice. When she was finished, he followed her out and offered to guide us, as he was heading the same way (I know, alarm bells ringing, but he seemed really nice!). 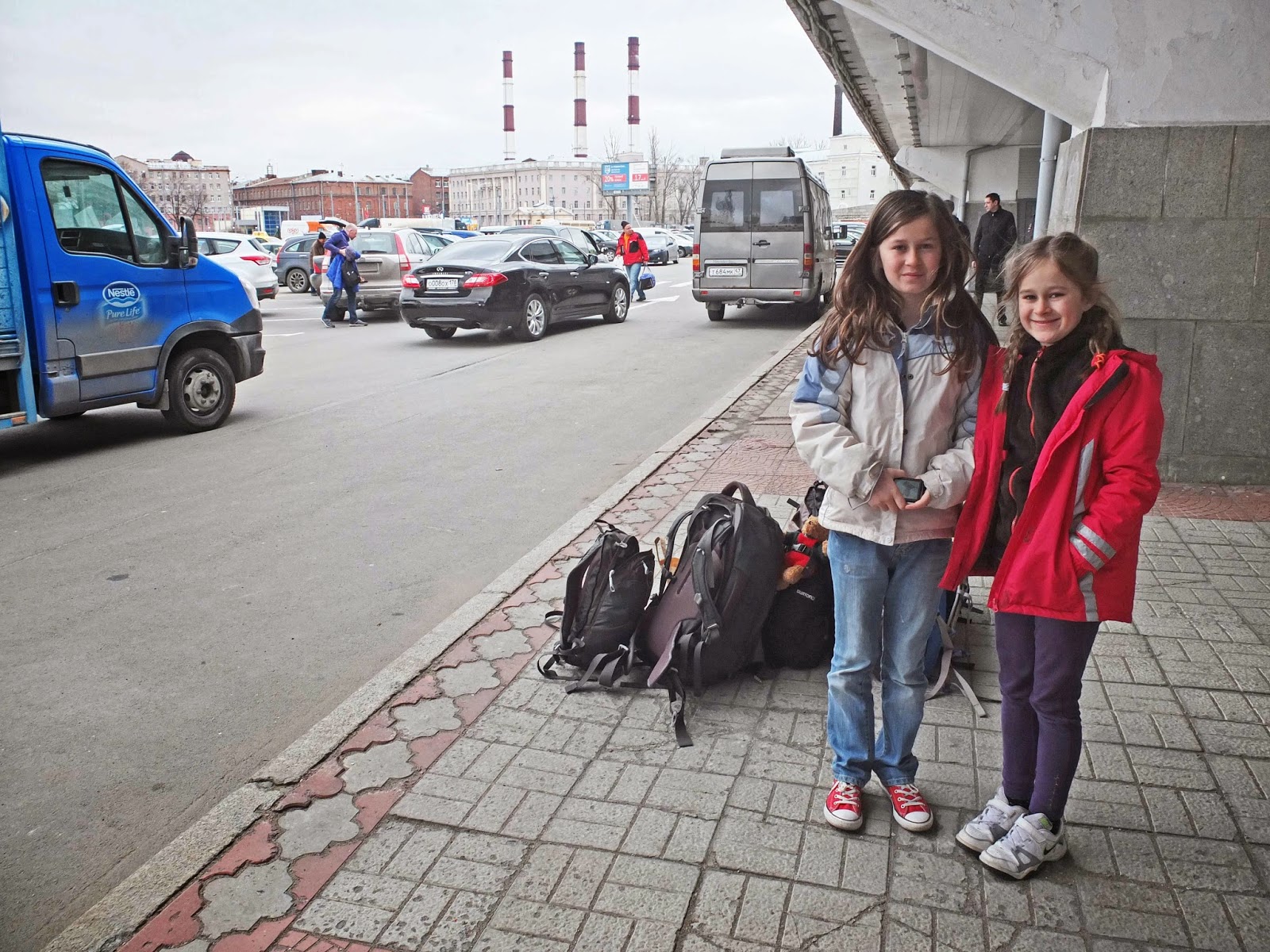 After we had loaded up, he introduced himself as Steve (Stephan) and told us we had two options – a bus that would take us close to our hotel or another bus to the metro station and then a short metro ride. He was taking the latter, so we decided to accompany him. A fairly short bus ride later we were at the metro station, where we bought some tokens and then descended deep, deep into the Earth on an extremely long escalator. Again, as Stephan had said, it was only a short ride – just three stops. The metro station from which we eventually emerged was wonderfully ornate, and the scene the greeted us at street level was somehow just as I probably would have imagined had I ever had cause to do so: the thoroughfares thronged with pedestrians on the pavement and aggressive drivers in shiny SUVs on the tarmac, and overlooked by unbroken rows of grand but grimy buildings in various states of dereliction, decay and deterioration.

This dichotomy between old-world grandeur and new-world grime was reflected in our hotel. A nondescript brown door separates the street from a gloomy but grand staircase decorated with moth-eaten mosaics and littered with cigarette-butt-filled tin cans and glass jars. Wiring sprouts randomly from the filthy walls; light filters greyly through the filthy windows. Then, on the third landing, another brown door opens onto an immaculate reception area, all polished wood and crystal chandeliers. And our room is a revelation: high ceilings, tasteful furnishings and a sparklingly clean bathroom.

After dropping our bags off, we all went back out for a coffee at one of the local chains. Although it was after 11am, Stephan had some breakfast as well (late night last night). We sipped out coffees and chatted about his time in the USA, his multi-lingual girlfriend who works too hard and his hunt for a satisfying job, while exchanging social media details. And then we parted, our faith in humanity well and truly restored. 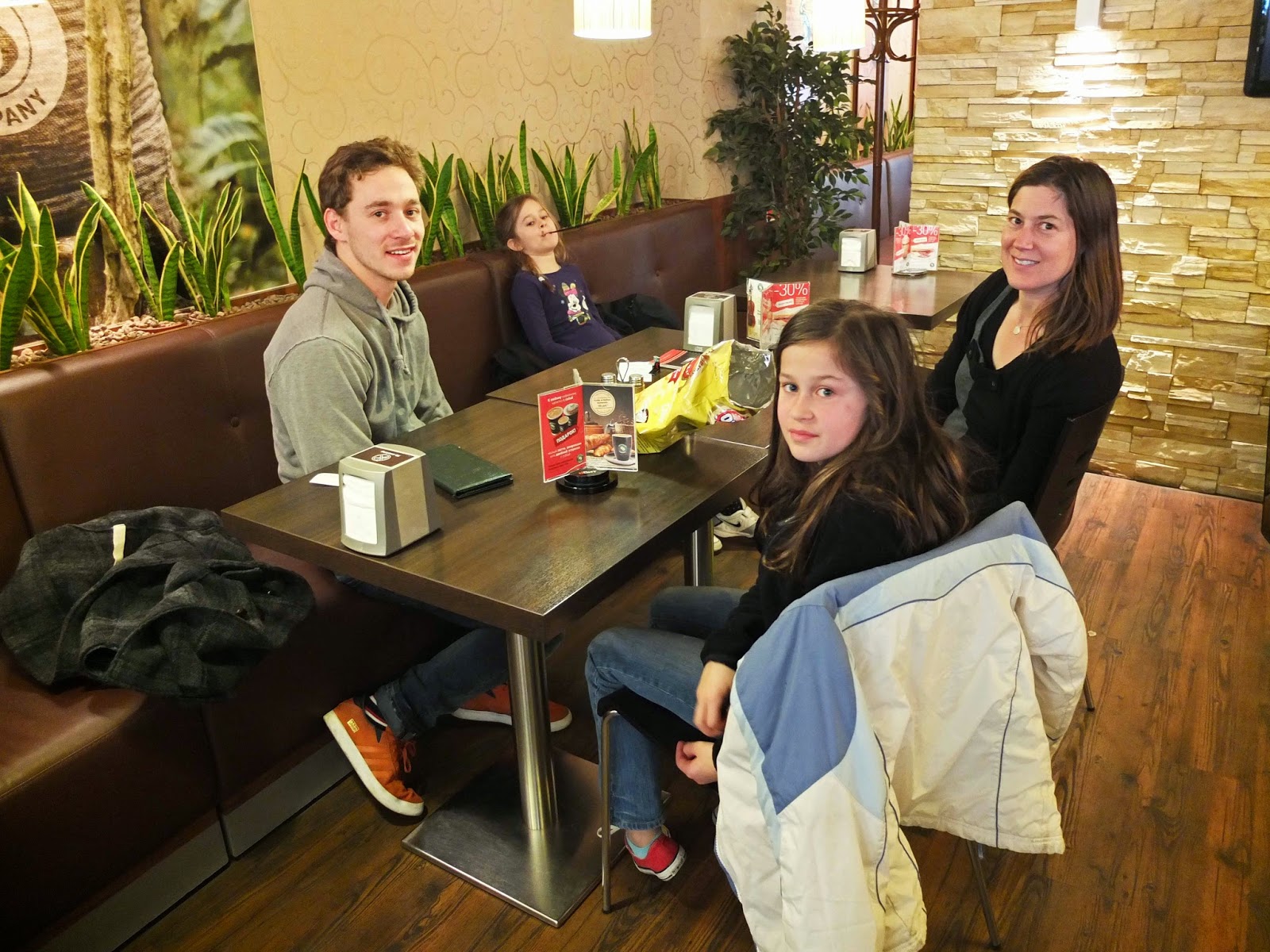 It was lunch time by now, so we walked a few hundred metres up the street to a chain restaurant Stephan had recommended for good cheapish Japanese food (which it was). On the way back to the hotel, we stopped off at a park overlooked by some reassuringly Soviet buildings and a really lovely bakery/cafe. A bit later, we went out for a wander – visiting a properly Soviet supermarket, with a limited selection of unidentifiable foodstuffs and then a surreally Western version of the same, with a range that would have made Waitrose blush. Here, we bought some food for dinner in our room (including a bottle of Bordeaux, a beetroot coleslaw that had Kate in raptures and some smoked wild boar sausage that had the same effect on me and the girls). 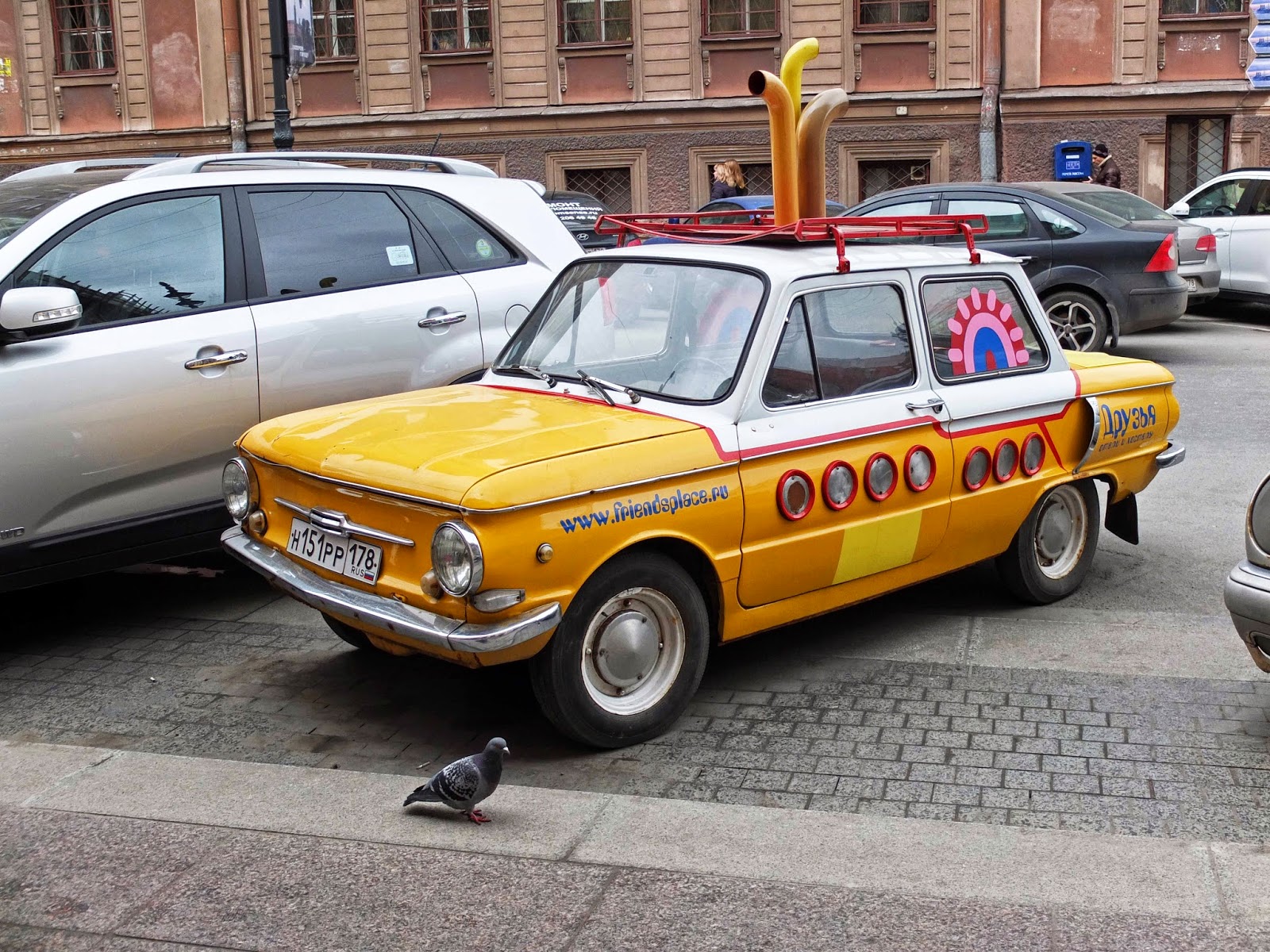 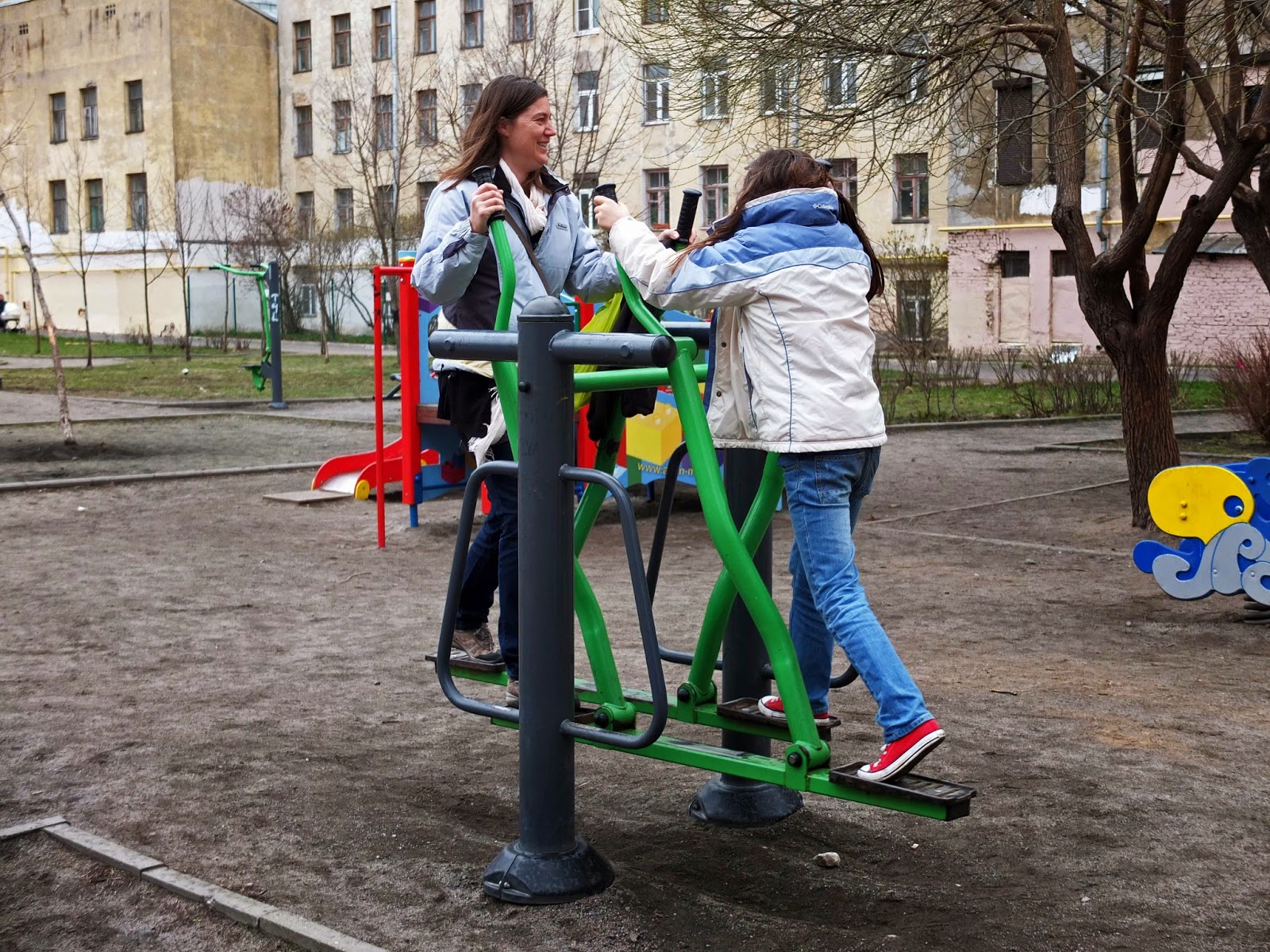 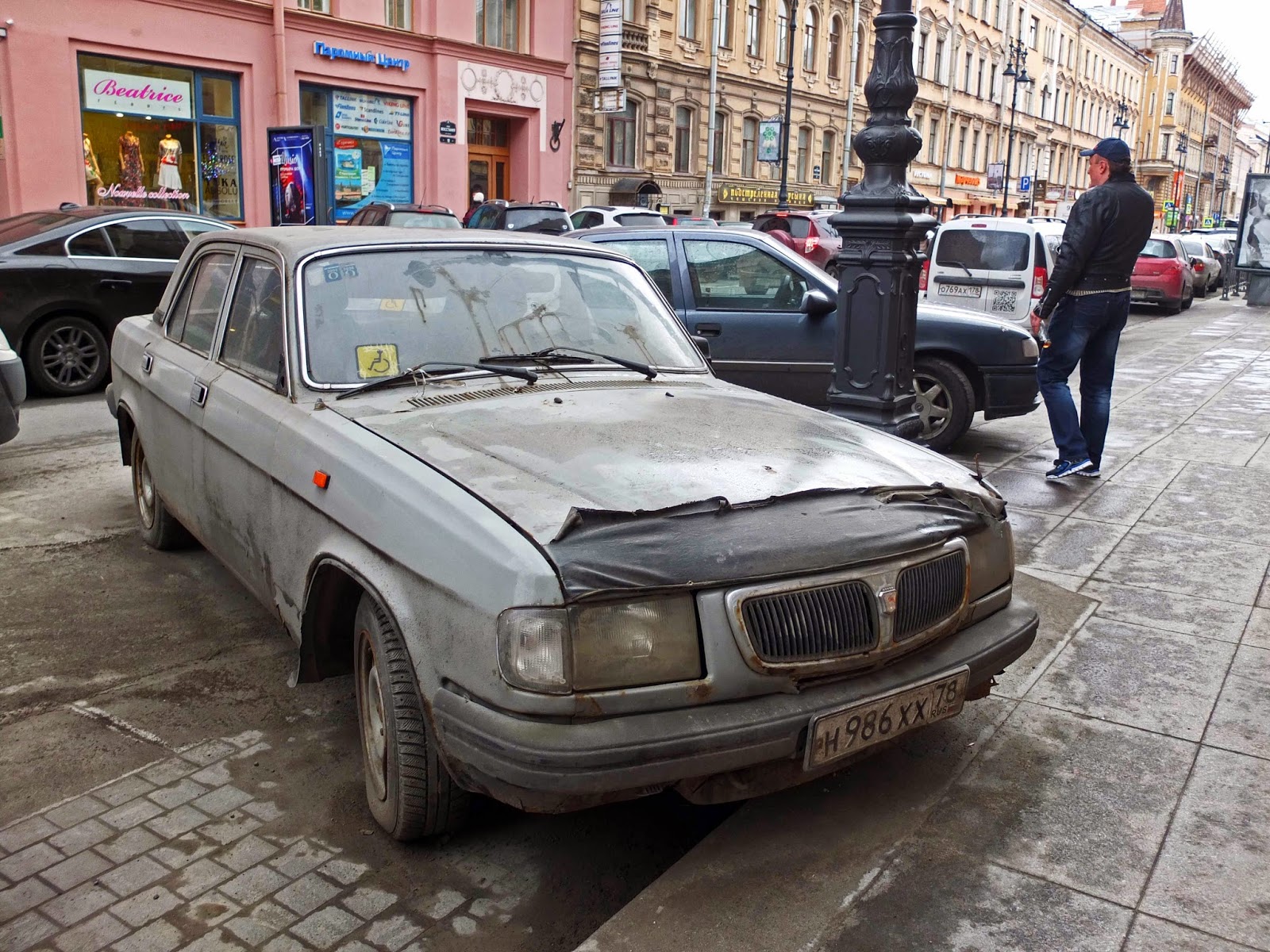 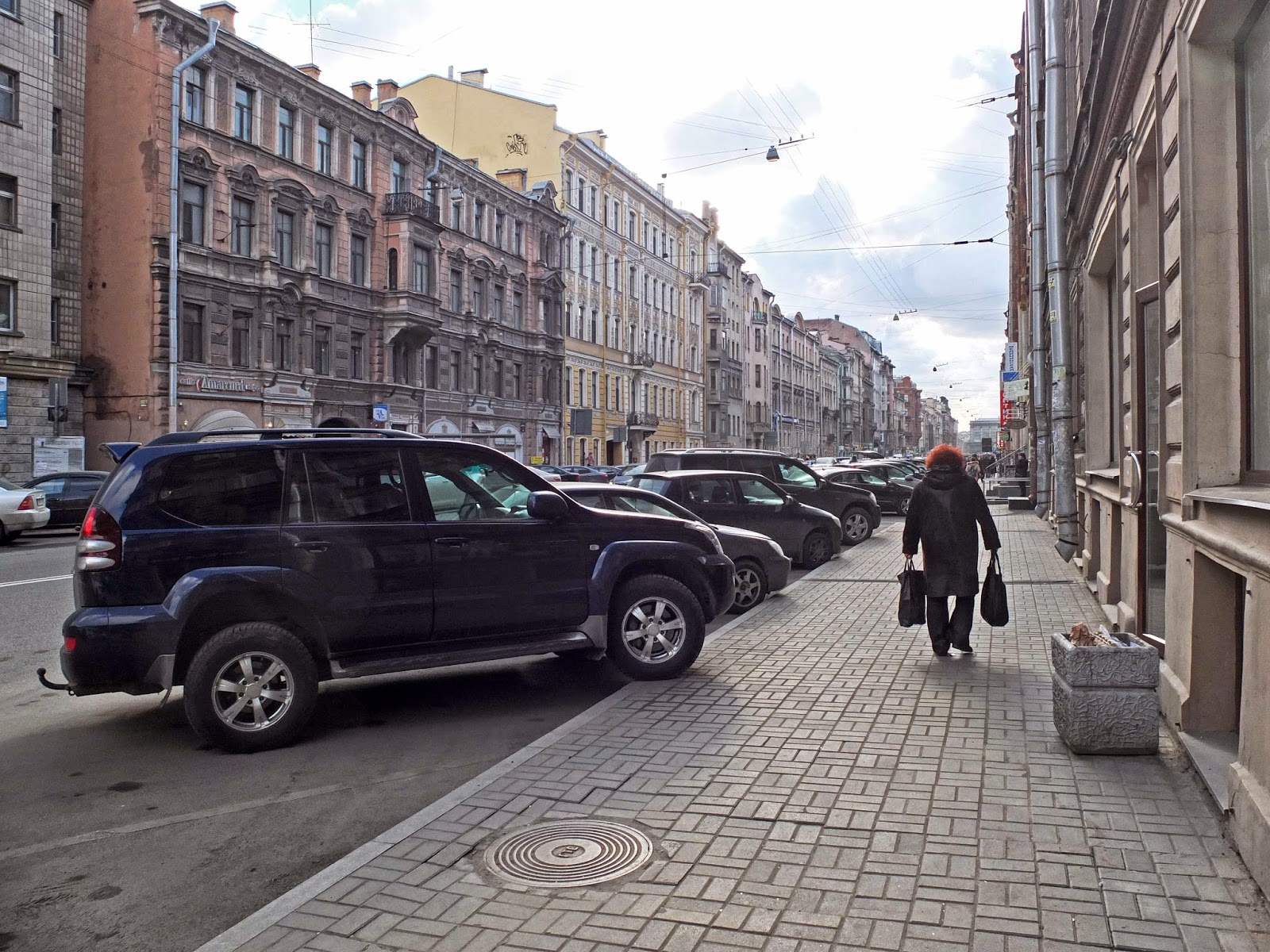 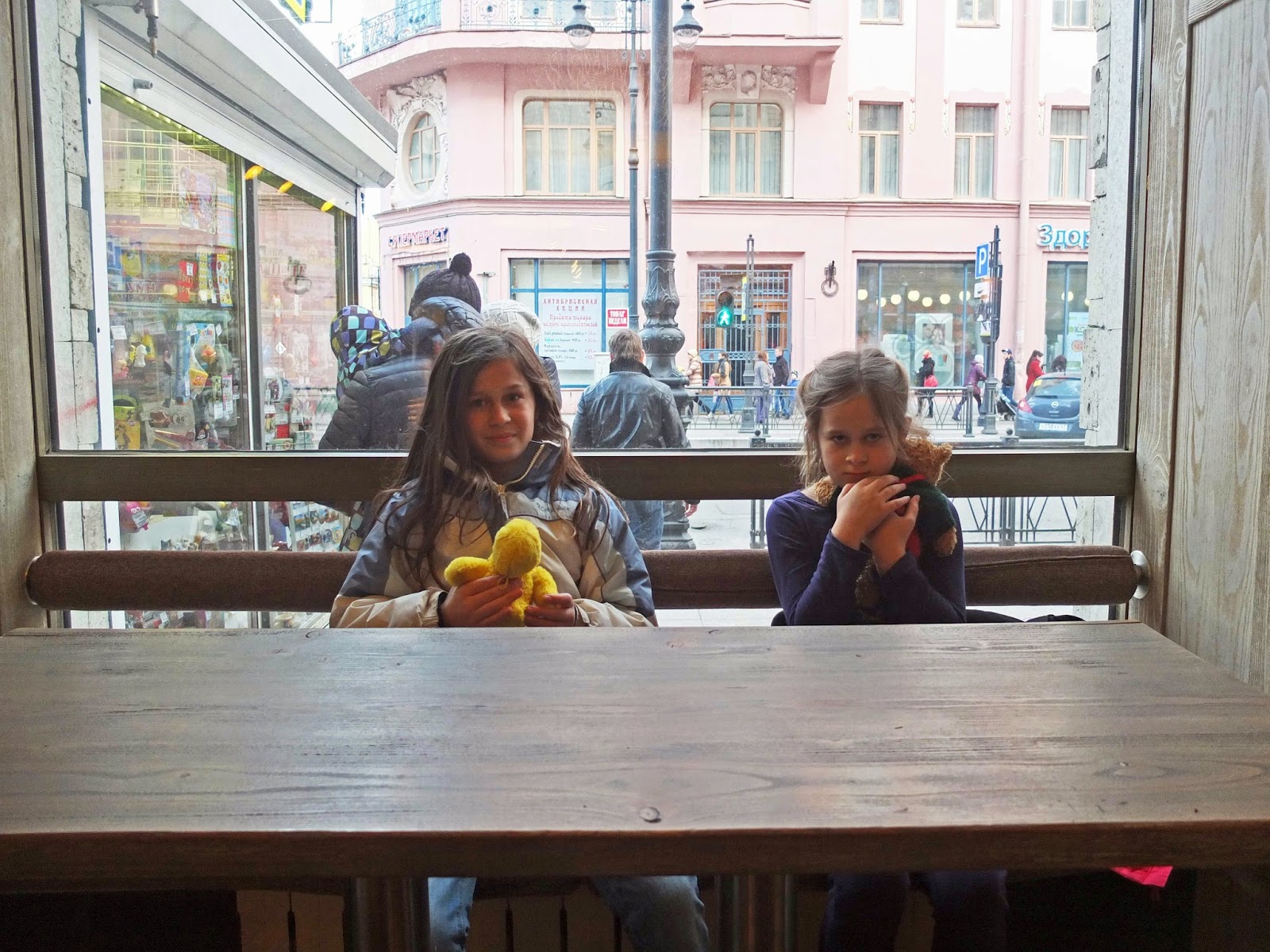 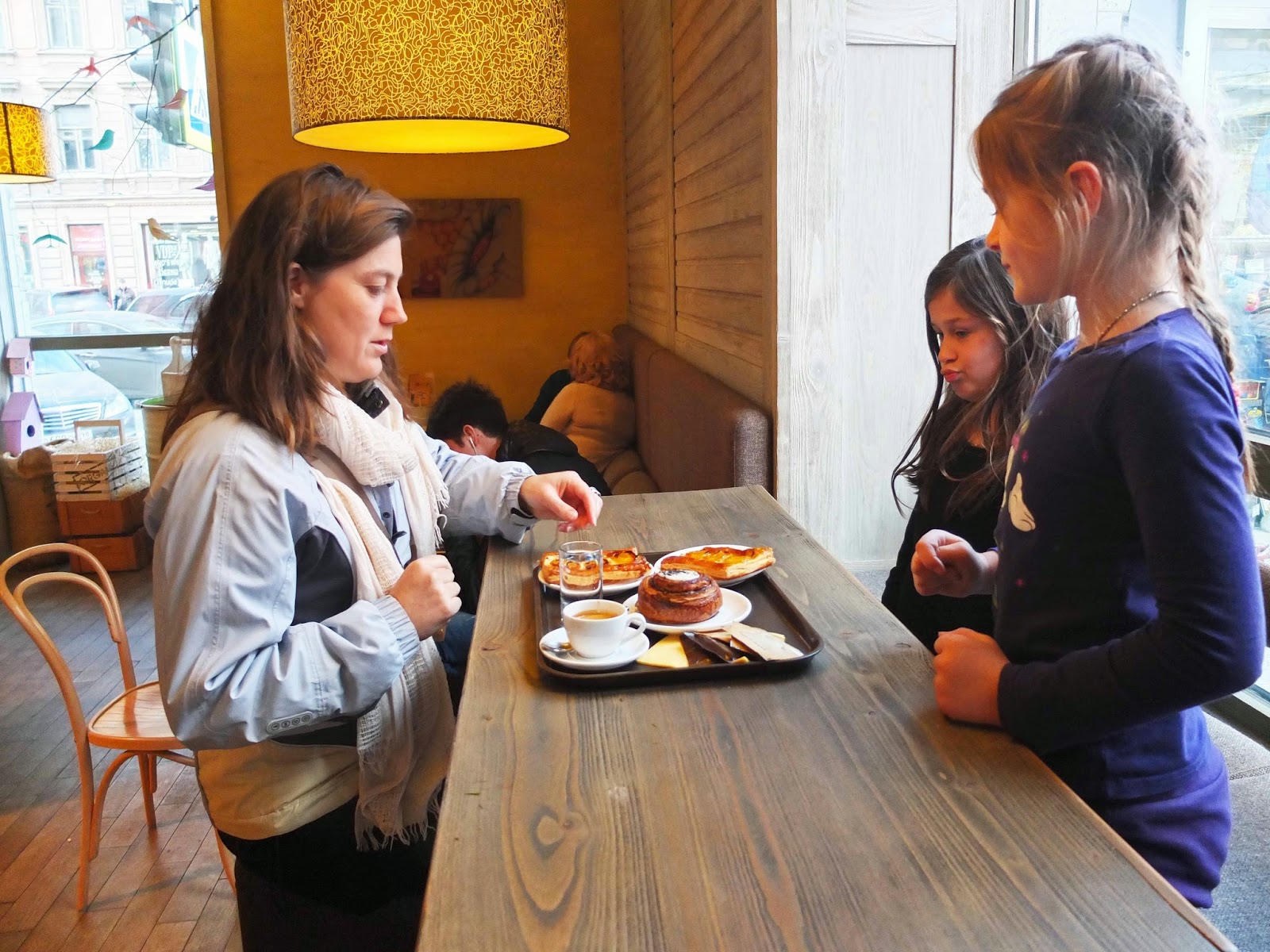 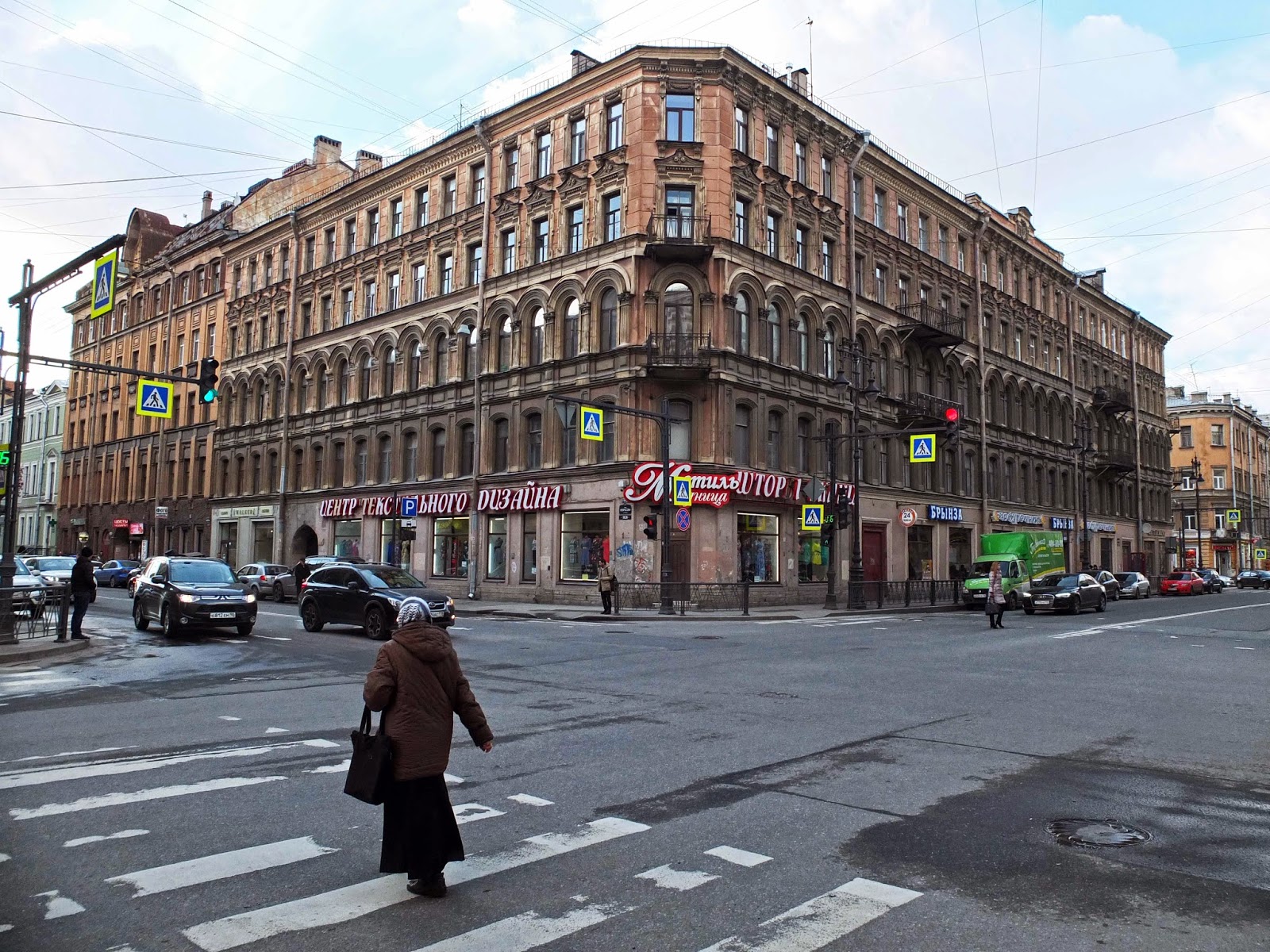 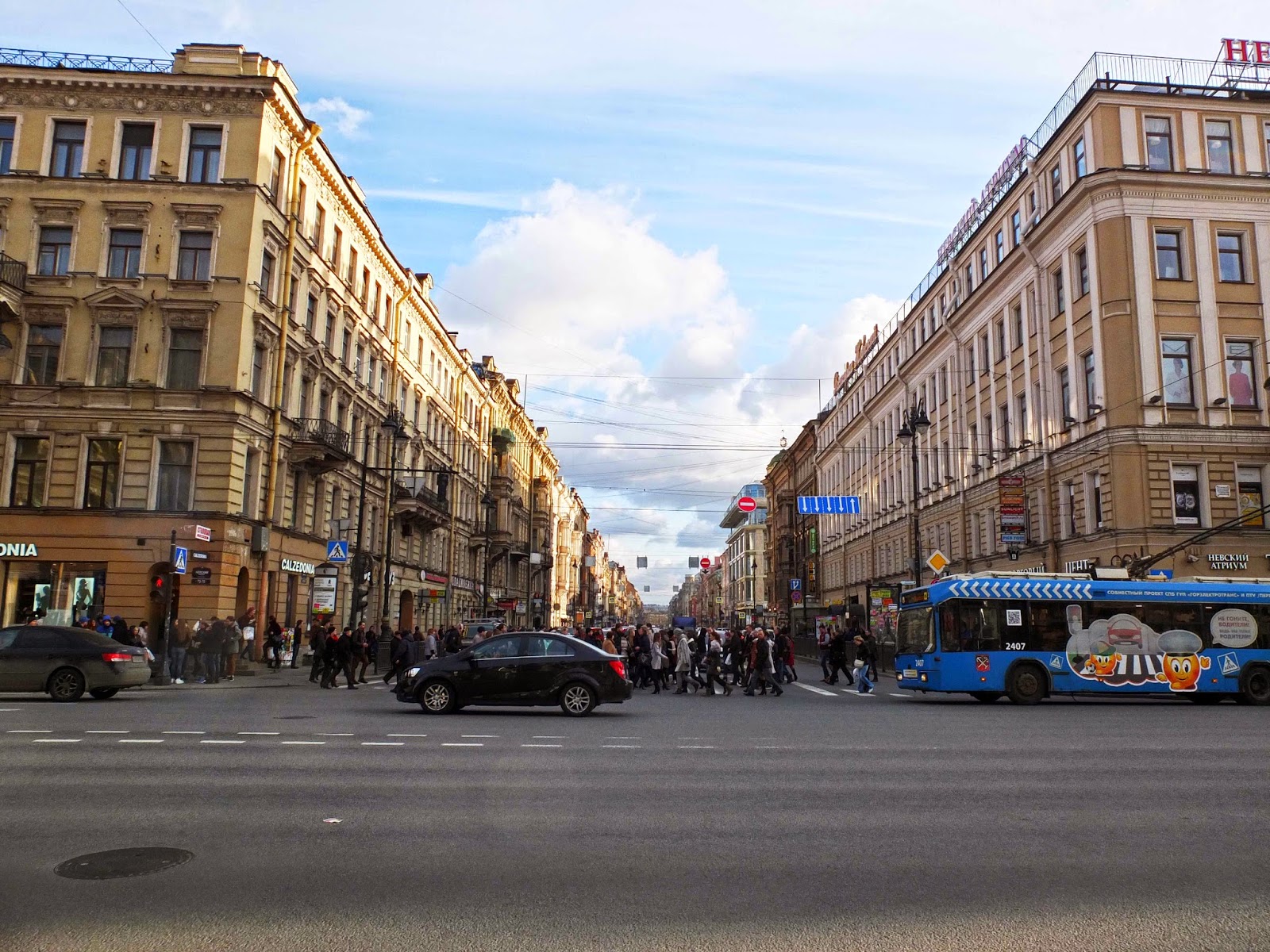