Igor arrived at the apartment this morning just before 10am to take us to the station. Once there, we staked out a spot in the waiting room and then attempted to purchase a few last-minute items for the train. Unfortunately, however, we had given Igor all of our small-denomination notes to pay for the apartment and everyone we approached with our 5,000 rouble note just shook their heads and turned away. 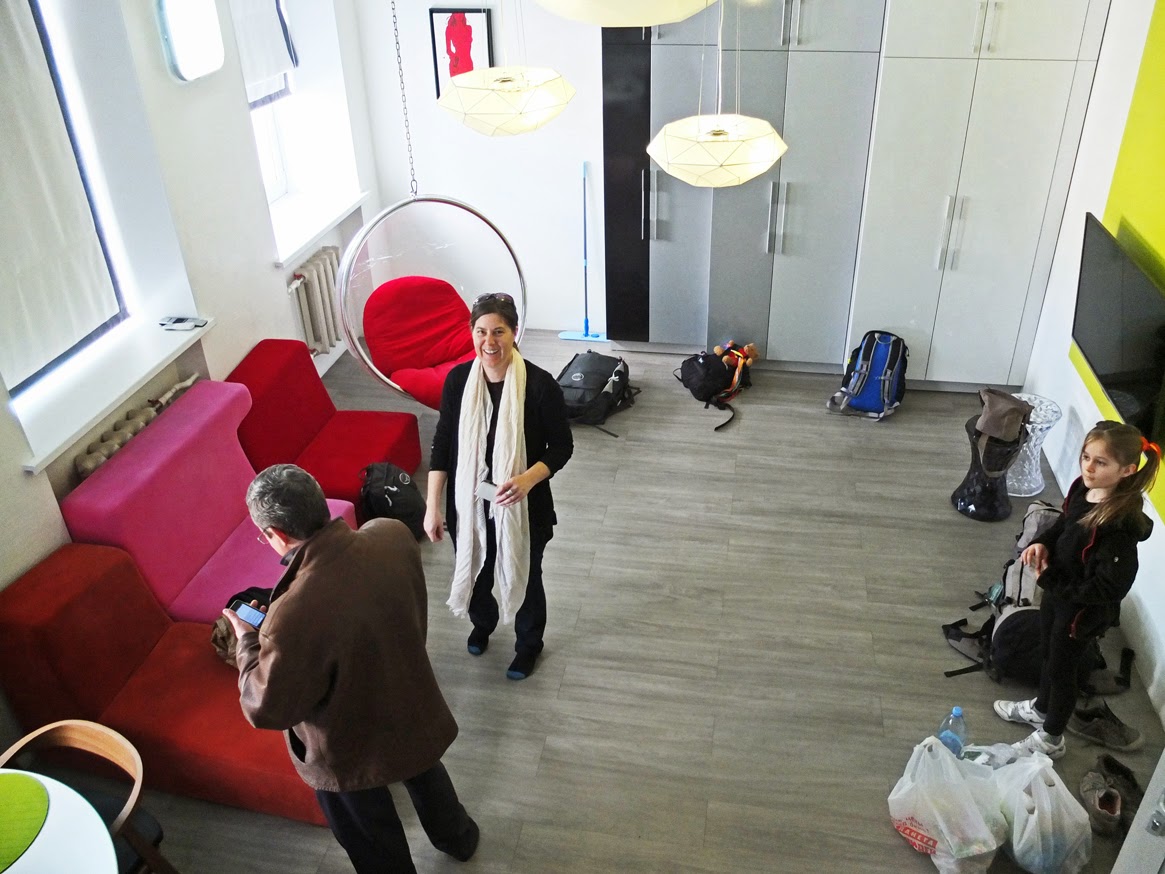 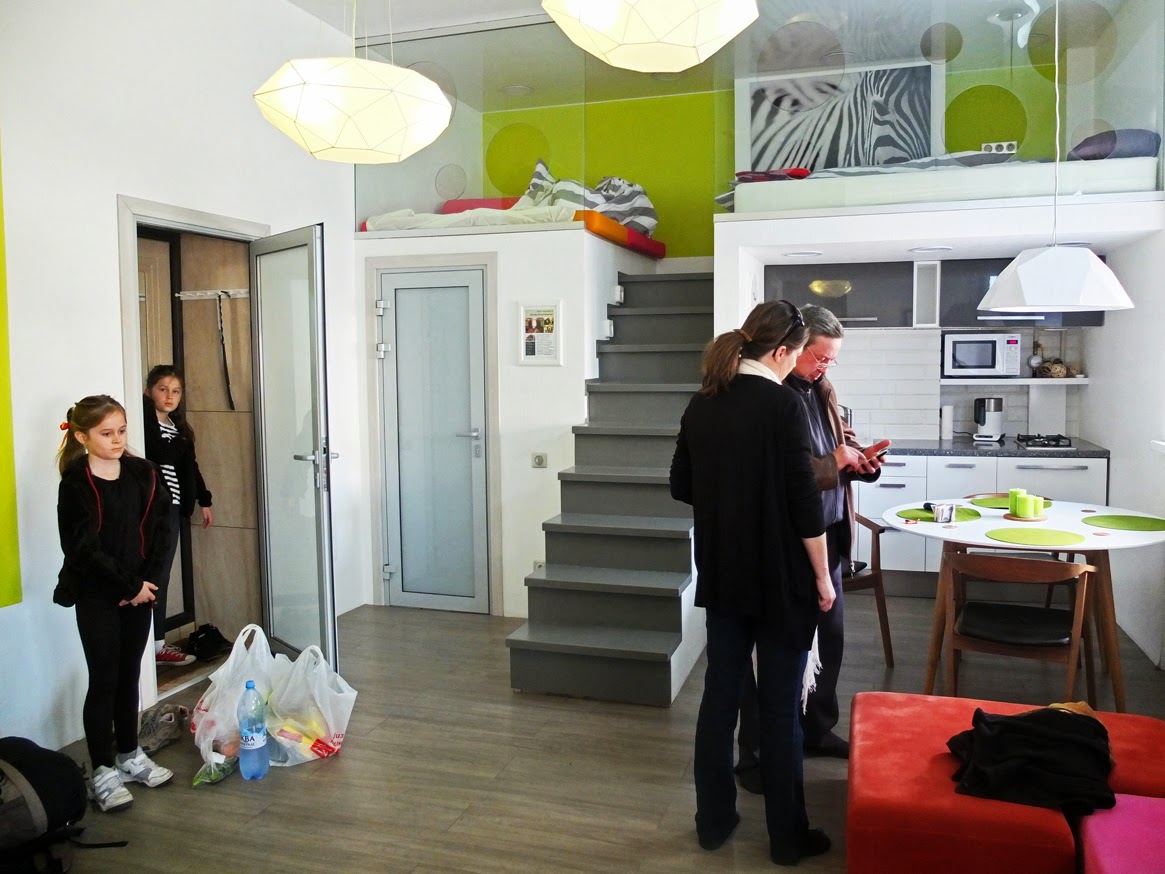 Soon enough, we were on the train, where we were pleasantly surprised to discover that although our train number was quite high – 56 – the train was a new one, like our first, so the seats were comfier, the bathrooms cleaner and there was a power outlet in the compartment. We had read stories about how important it was to ingratiate yourself with the carriage attendants, prompting Kate to attempt to learn the Russian for 'Hello' (a horrible word so fiendishly difficult to pronounce that we gave up on the idea long before we boarded our first trans-Siberian train), but once again, we had a really sweet middle-aged woman in charge of our carriage, so no ingratiating was really necessary. It's interesting how many middle-aged women are employed by the Russian railways – not just as carriage attendants, but also in other support roles, such as refilling the water tanks at the stations. 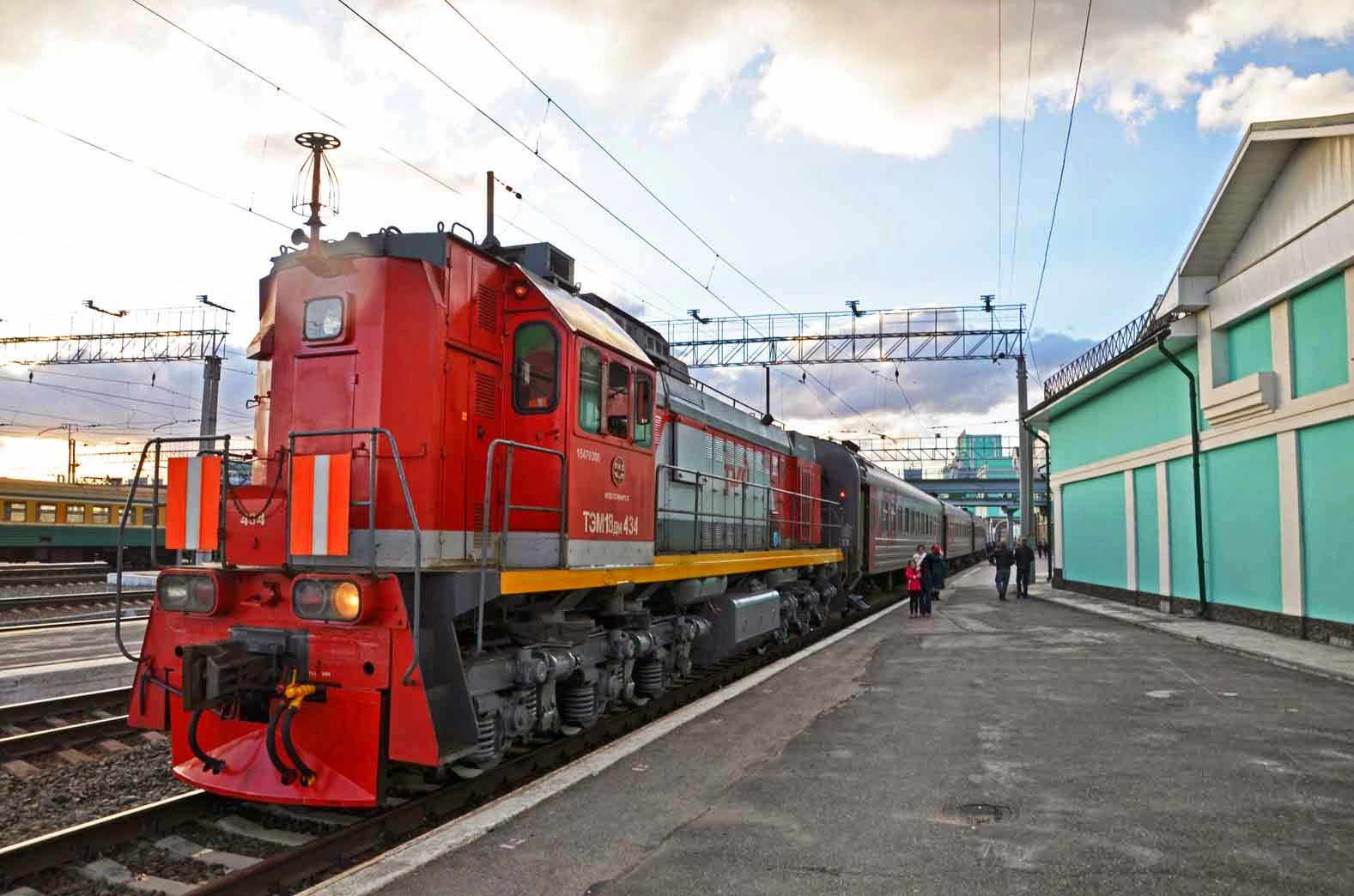 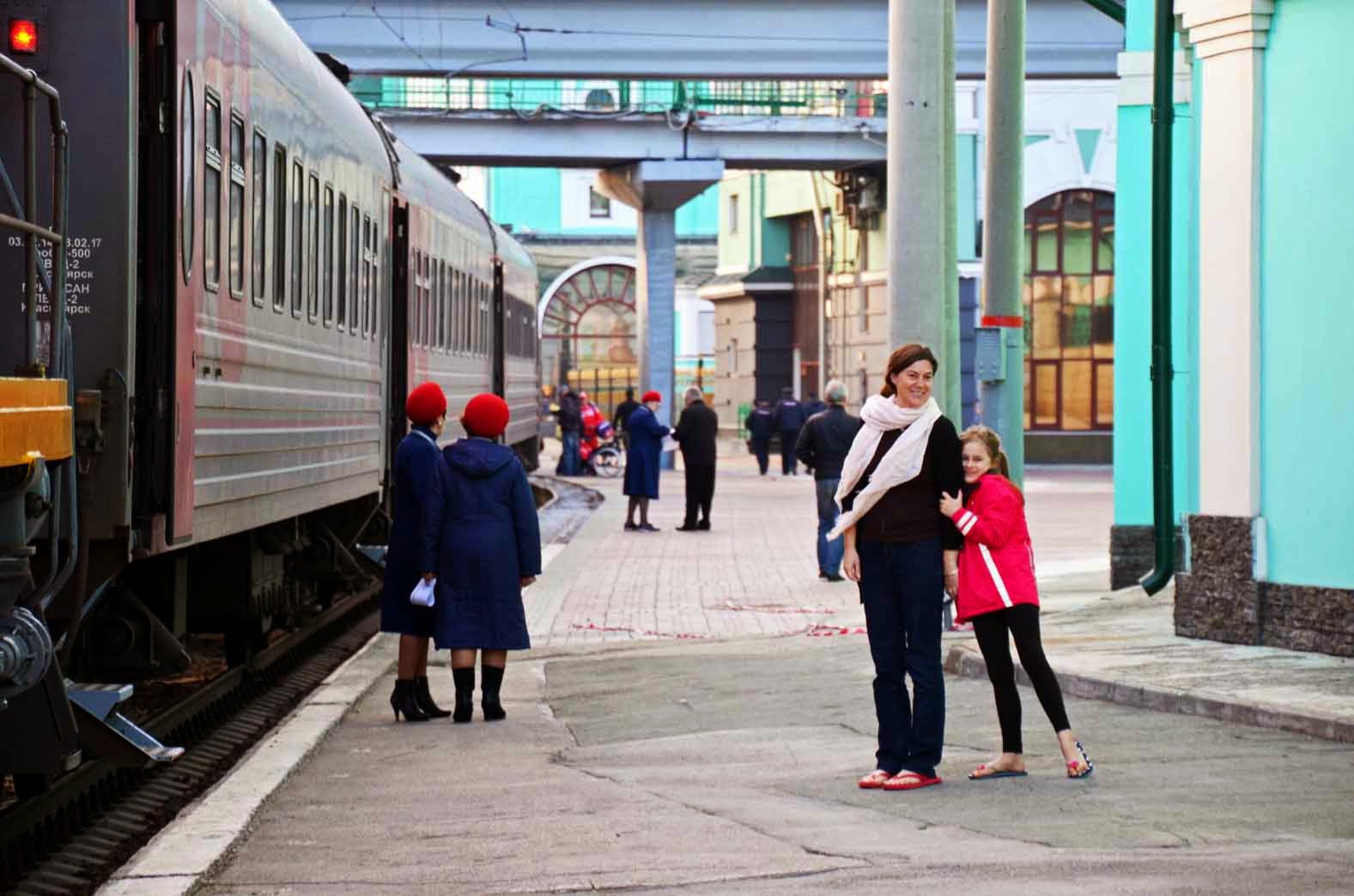 Once again, we had a meal included in our ticket and once again, it was the same dish of beef and buckwheat (not barley, as I had previously assumed). This time, however, it arrived as lunch, not dinner. The scenery passing our windows today was quite different. More open areas of grass and no conifers – just silver birch. The small settlements, however, were much the same – cute little buildings of dark wood in varying states of disrepair. We've solved the mystery of the mini settlements now. The buildings we're seeing are dachas – seasonal second homes typically used by urban dwellers as summer retreats and for growing crops. 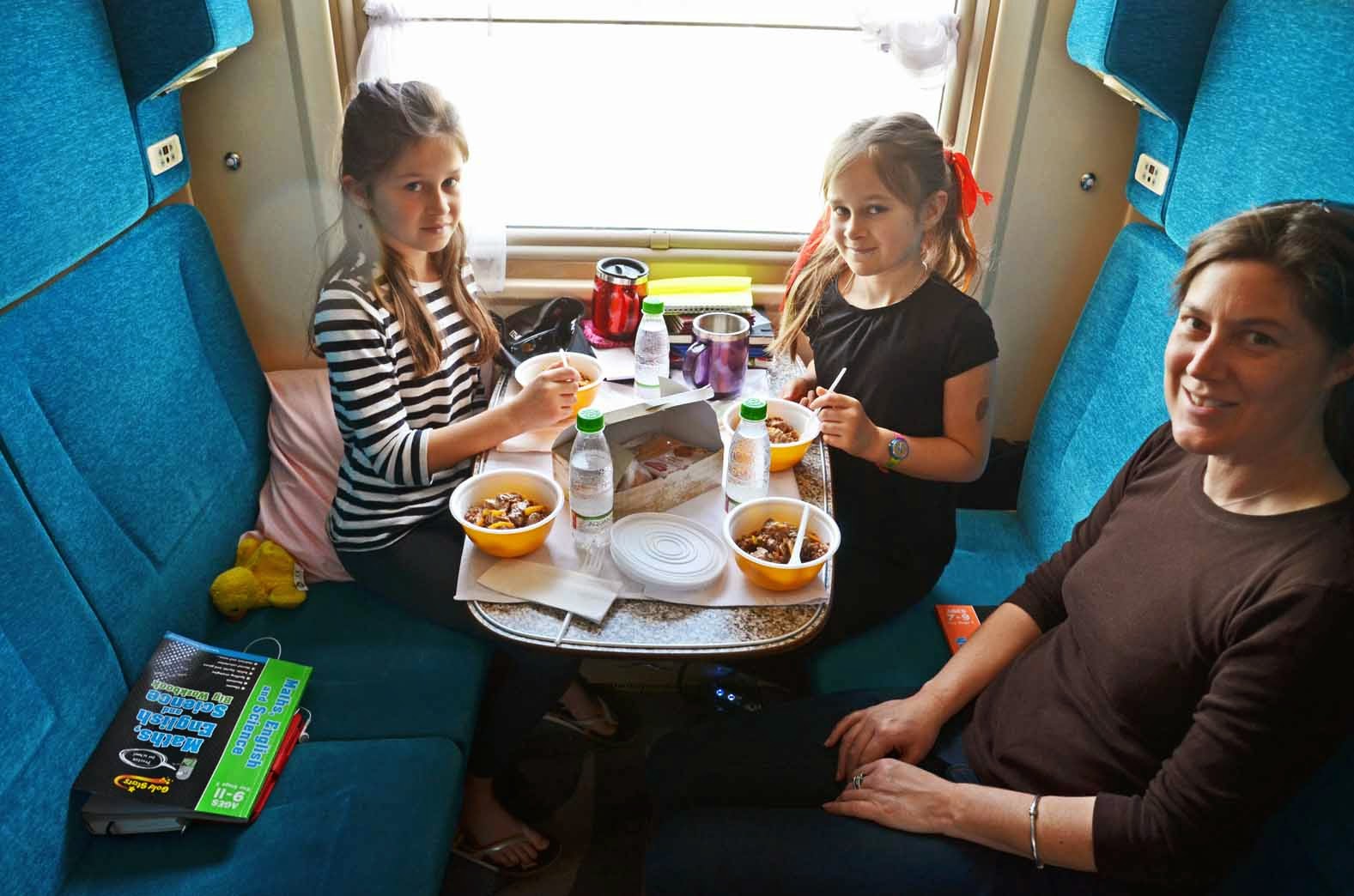 For dinner, we ate our pot noodles, all comparing notes on the relative merits of our relatively uninformed choices. Kate was horrified to discover that what she had assumed was chicken-based was in fact turkey-based (the clue was in the picture of a turkey on the lid), and that it came with a sachet of actual turkey meat that bore a more than passing resemblance to cat food; and we were all slightly envious of Zoe's choice – a grilled-meat version that actually tasted of grilled meat, along with a flavour that we decided was fresh basil. 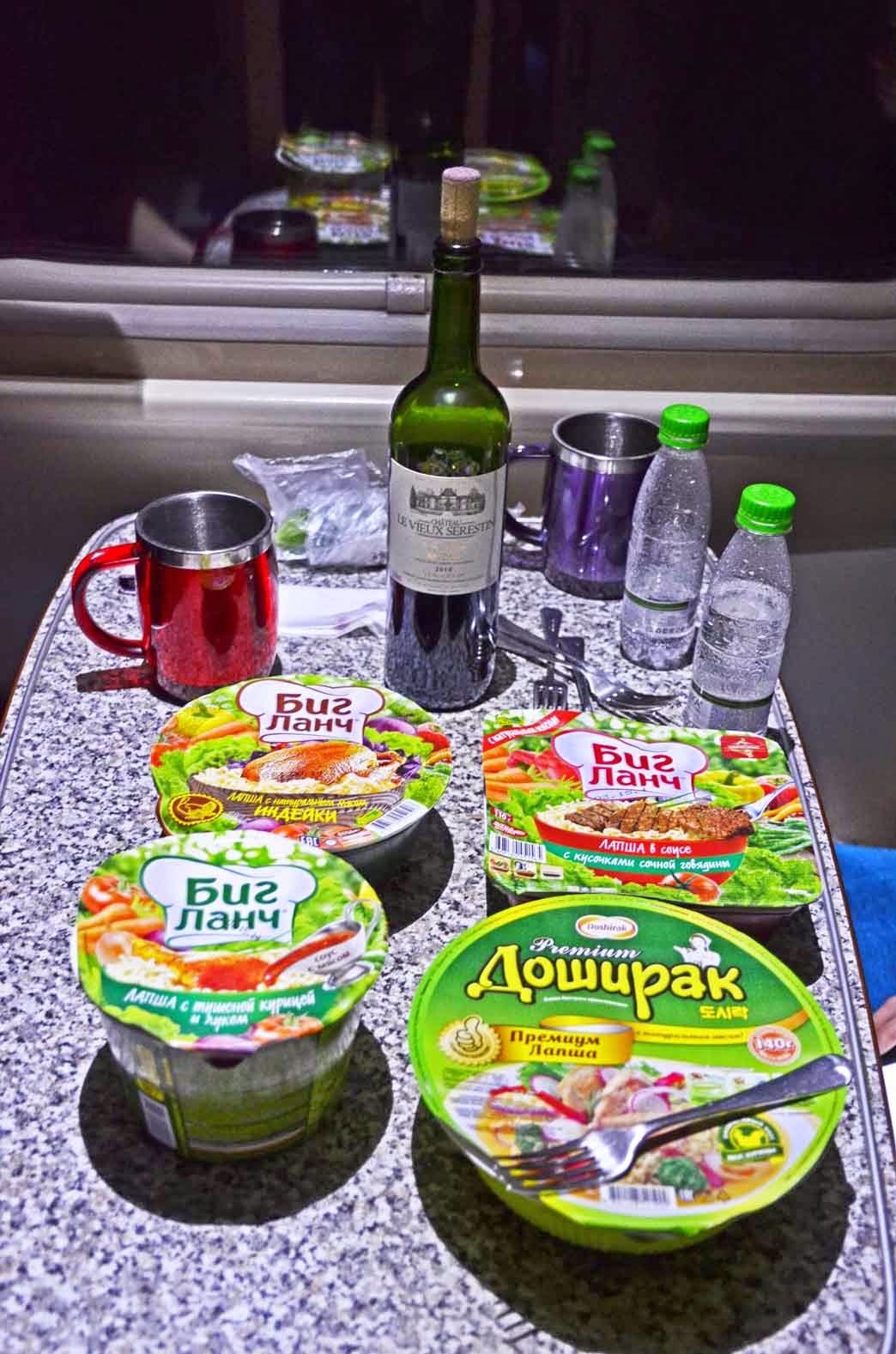 After dinner it was time to make our beds, a process made considerably more trying by the fact that we were doing it as the train went around some tight corners, tilting over alarmingly and throwing us around the compartment.
Posted by SGKZ at 11:33