Day 211: Here we are in sunny Siberia

Last night, we set the alarm for 5.30am Moscow time (an hour before the train was due to arrive at our destination), but Kate was awoken just before it went off by a tap on the arm from our carriage attendant. We climbed down from our bunks and began packing up and stripping off all of the bed linen and were calmly sitting on our seats as the train pulled in to Omsk.

We were met on the platform by Igor, the mostly Russian-only-speaking representative from the company that lets out the apartment in which we're staying tonight. He led us to his car and then drove us to the apartment, along Omsk's very wide streets – which lack lane markings, giving it the slightly Wild West feel of a developing world metropolis. Omsk is a sprawling city of about 1.1 million people situated on the confluence of the Irtysh and Om rivers, both of which we crossed on the way to our apartment.

Once there, we dropped off our bags and Kate chatted on Igor's phone to someone else from the letting agent who spoke English. Through him, she arranged for Igor to drive us to a nearby supermarket, where he dropped us off. We then indulged in one of our favourite pastimes – wandering around a foreign supermarket admiring the unusual foodstuffs (in this, case mostly the bizarre dried and smoked fish) and putting together a menu for the next few days (in this case, a roast chicken for lunch and dinner and lots and lots of pot noodles for tomorrow's train journey). 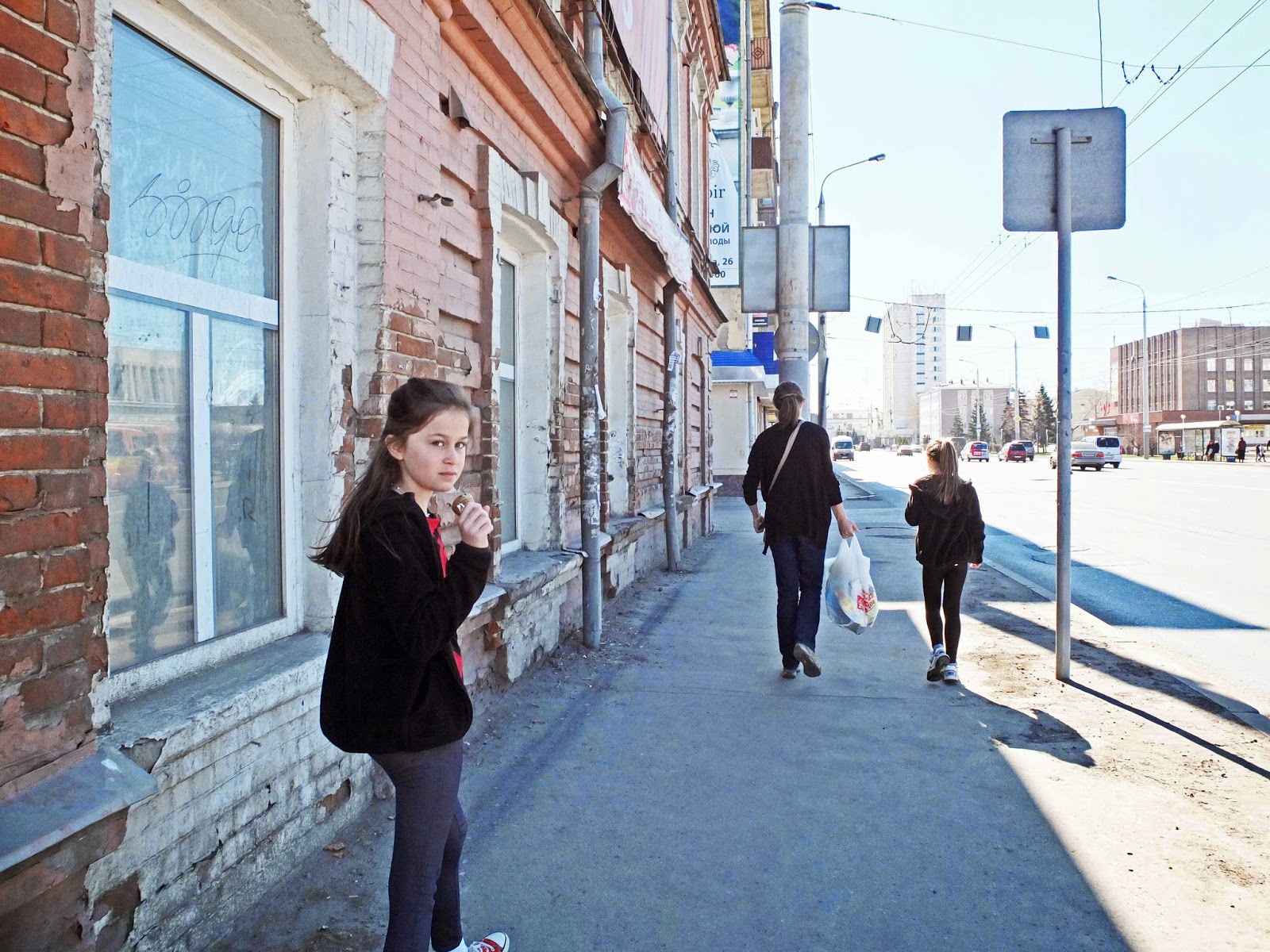 After lunch back at the apartment (and several loads of washing – we've pretty much been wearing the same clothes since leaving the UK) we headed out to explore Omsk, revelling in the glorious weather – paradoxically, our arrival in Siberia has offered us our first chance to ditch our coats. We passed a typical Russian church, complete with shiny gold domes, and a big theatre (you're never far from a theatre in Russia), and when we reached the main shopping street, we came across a series of interesting metal statues. 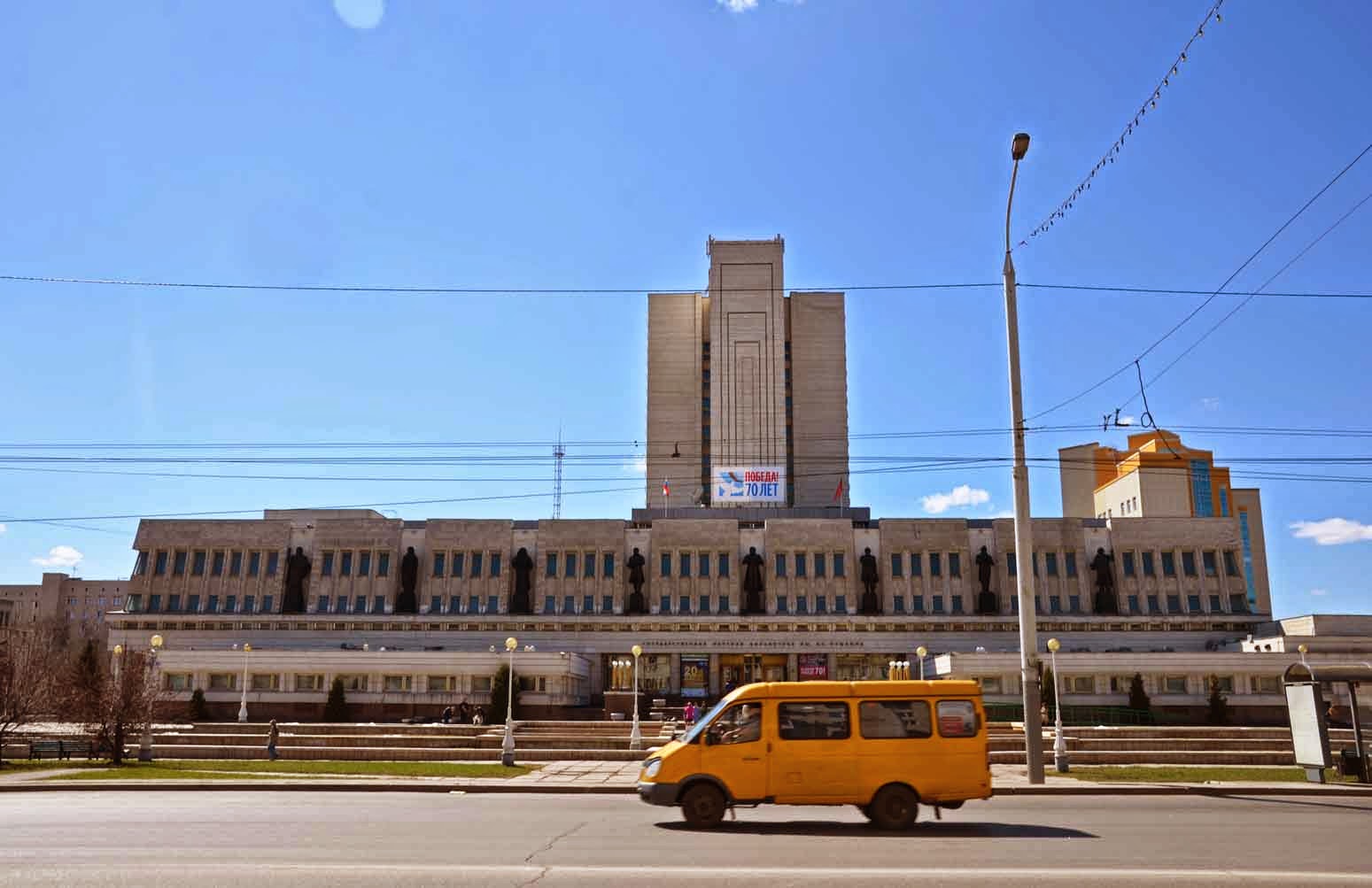 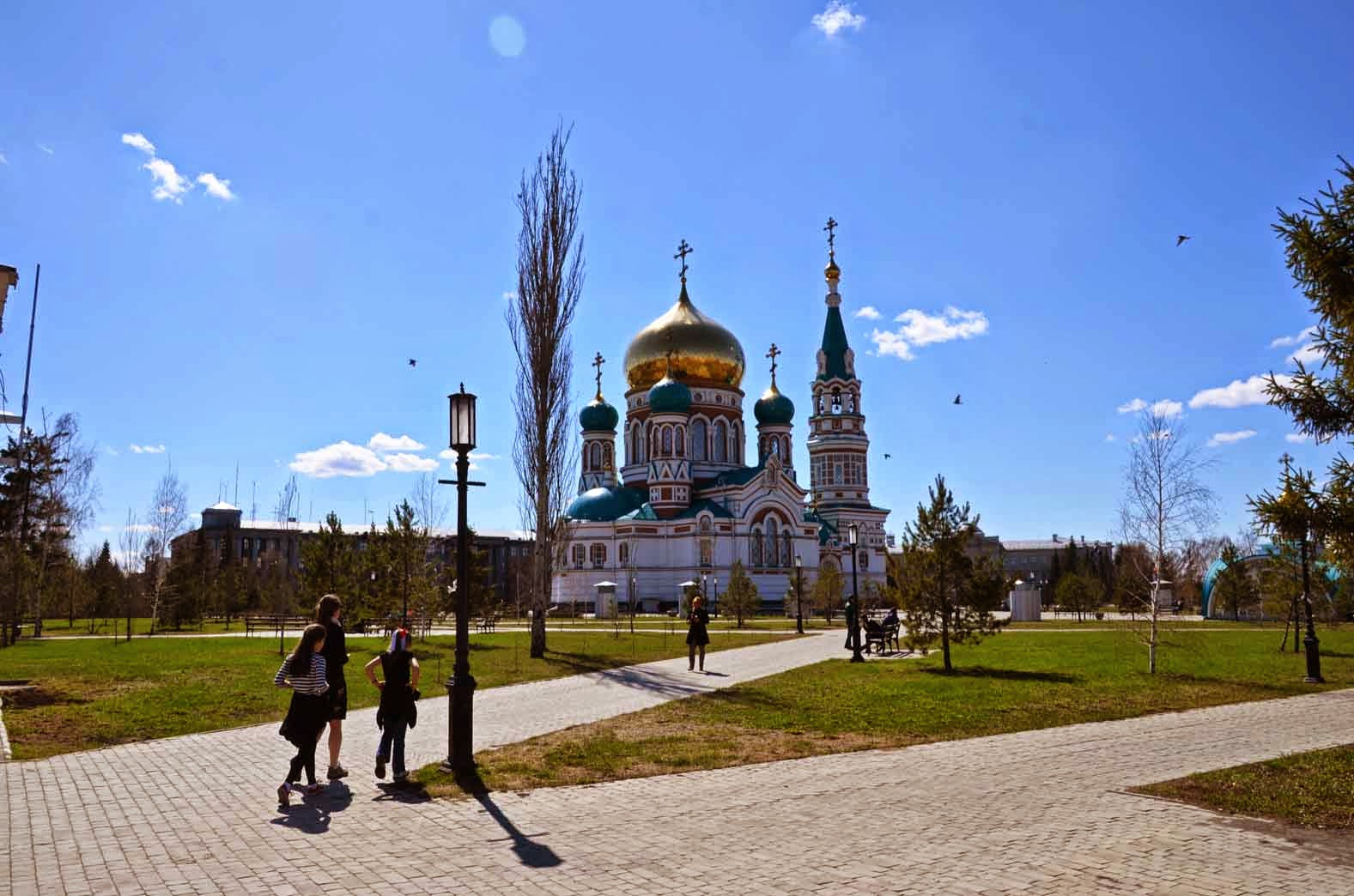 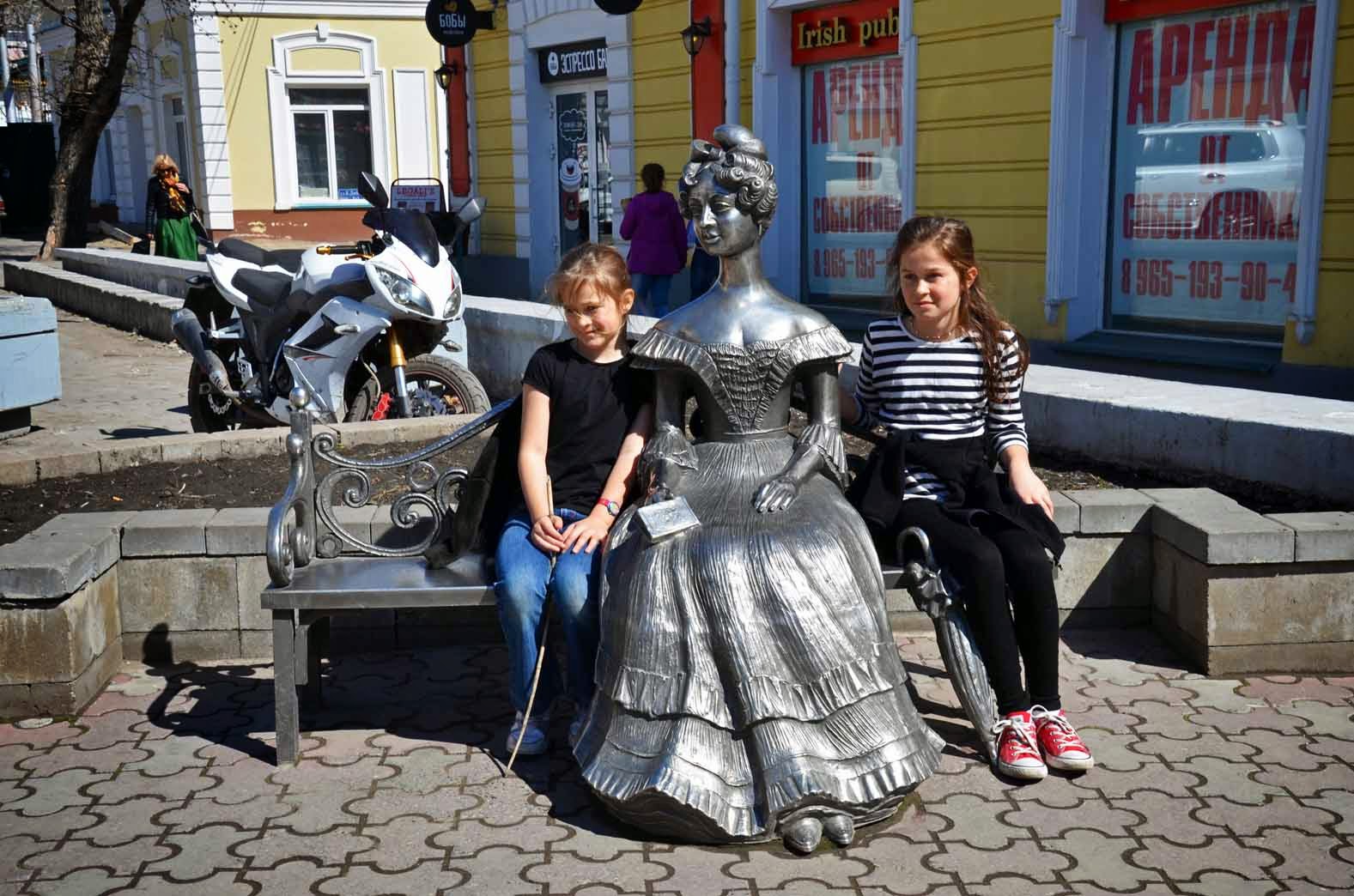 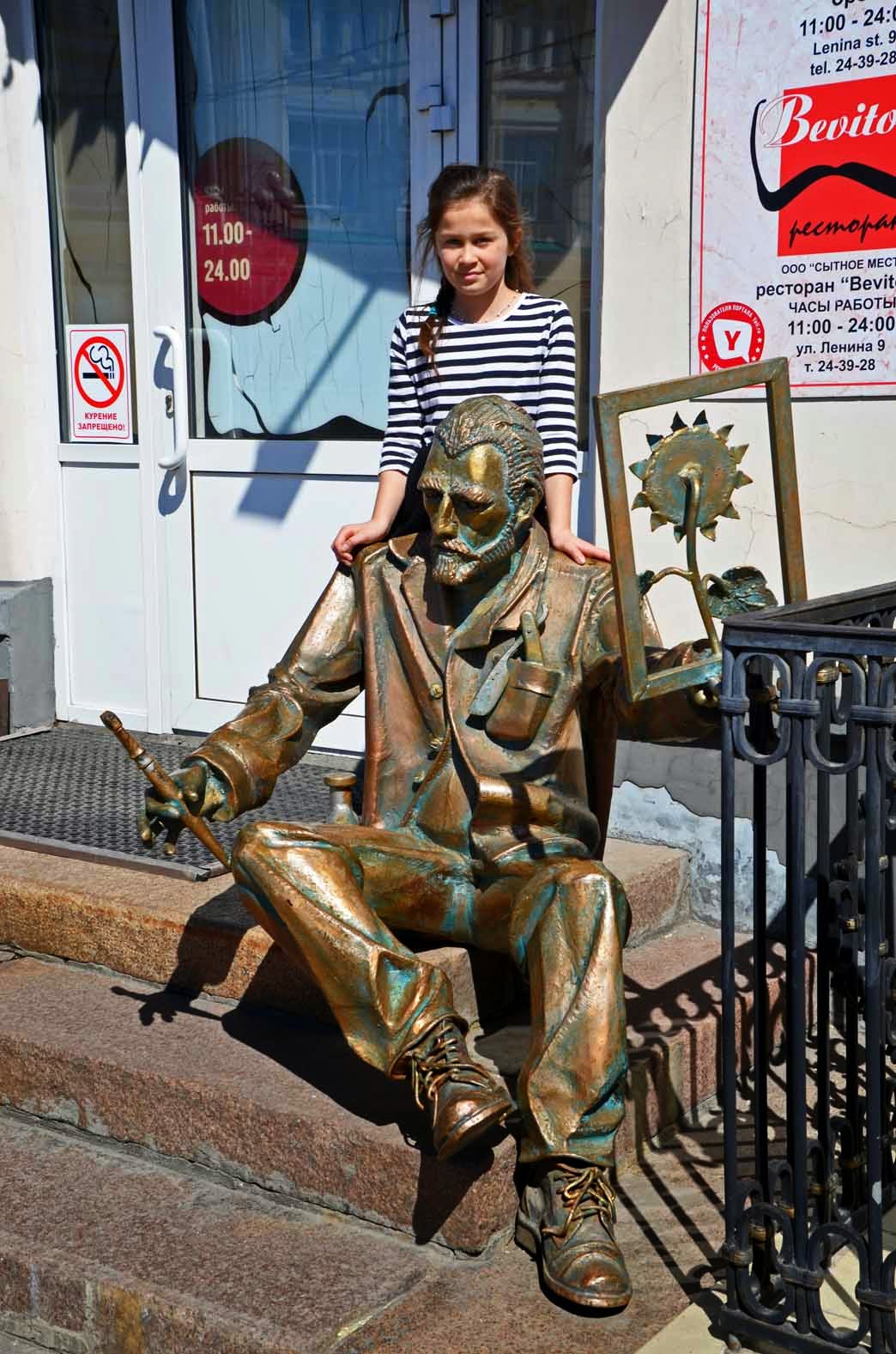 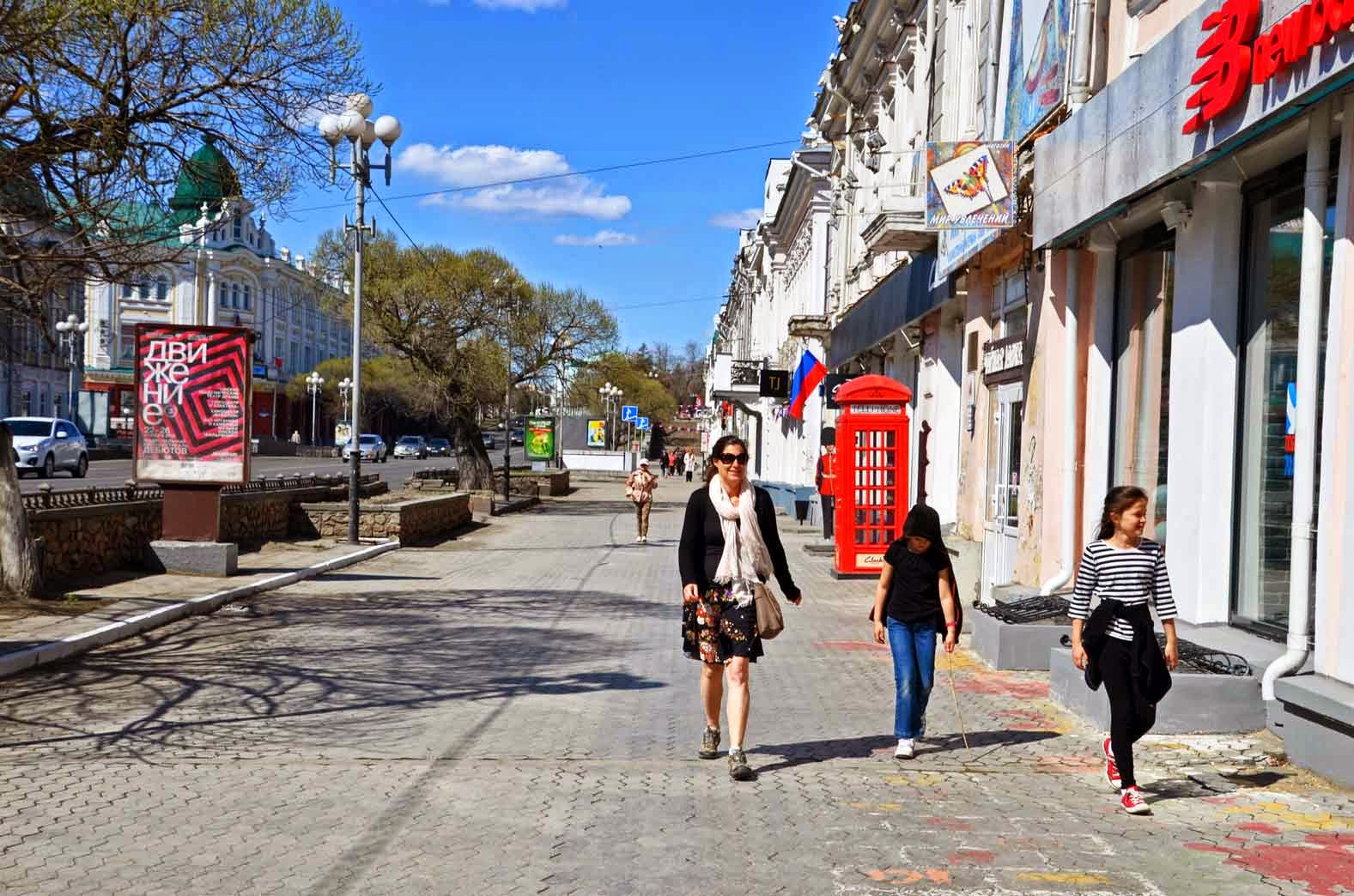 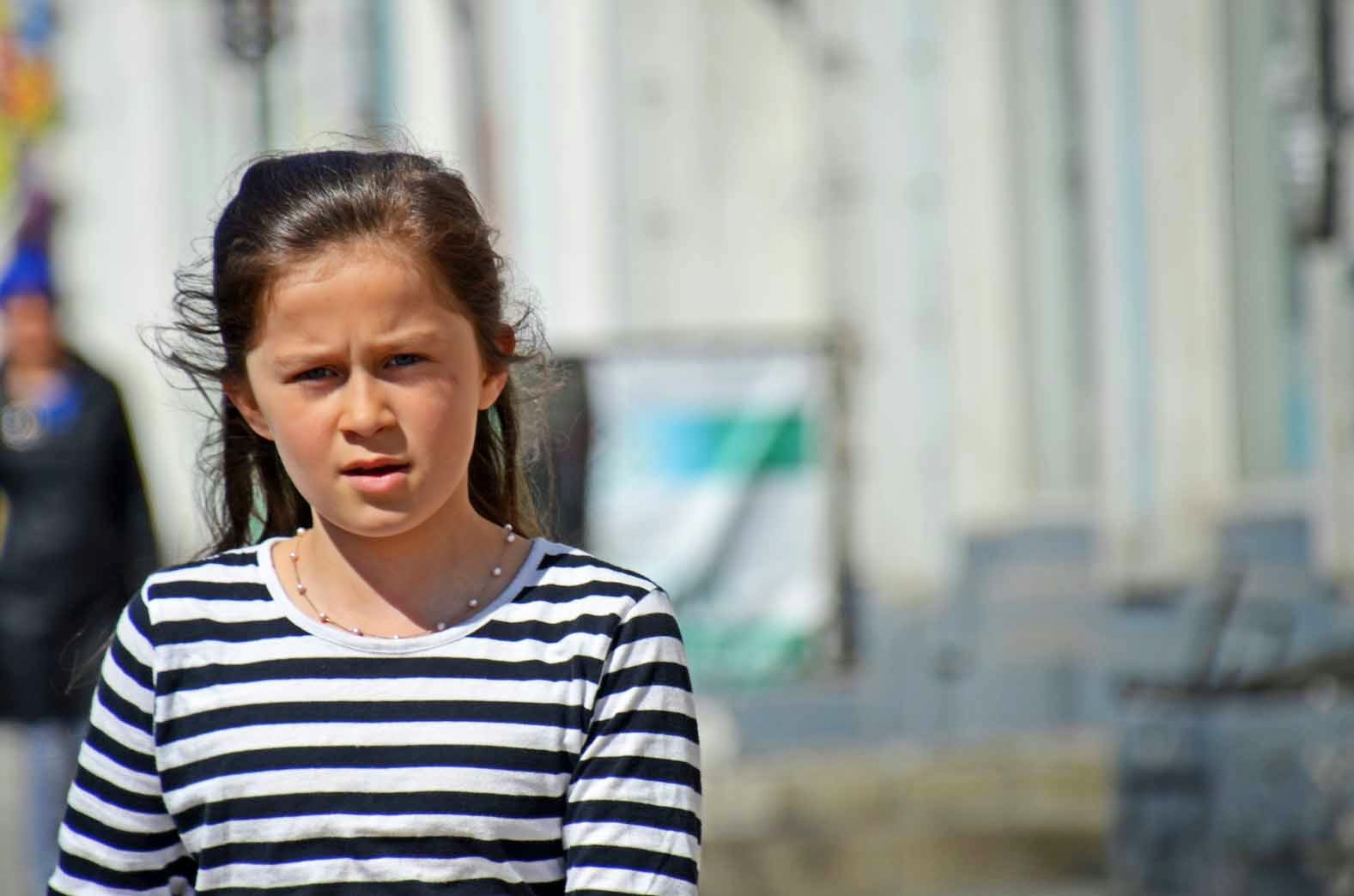 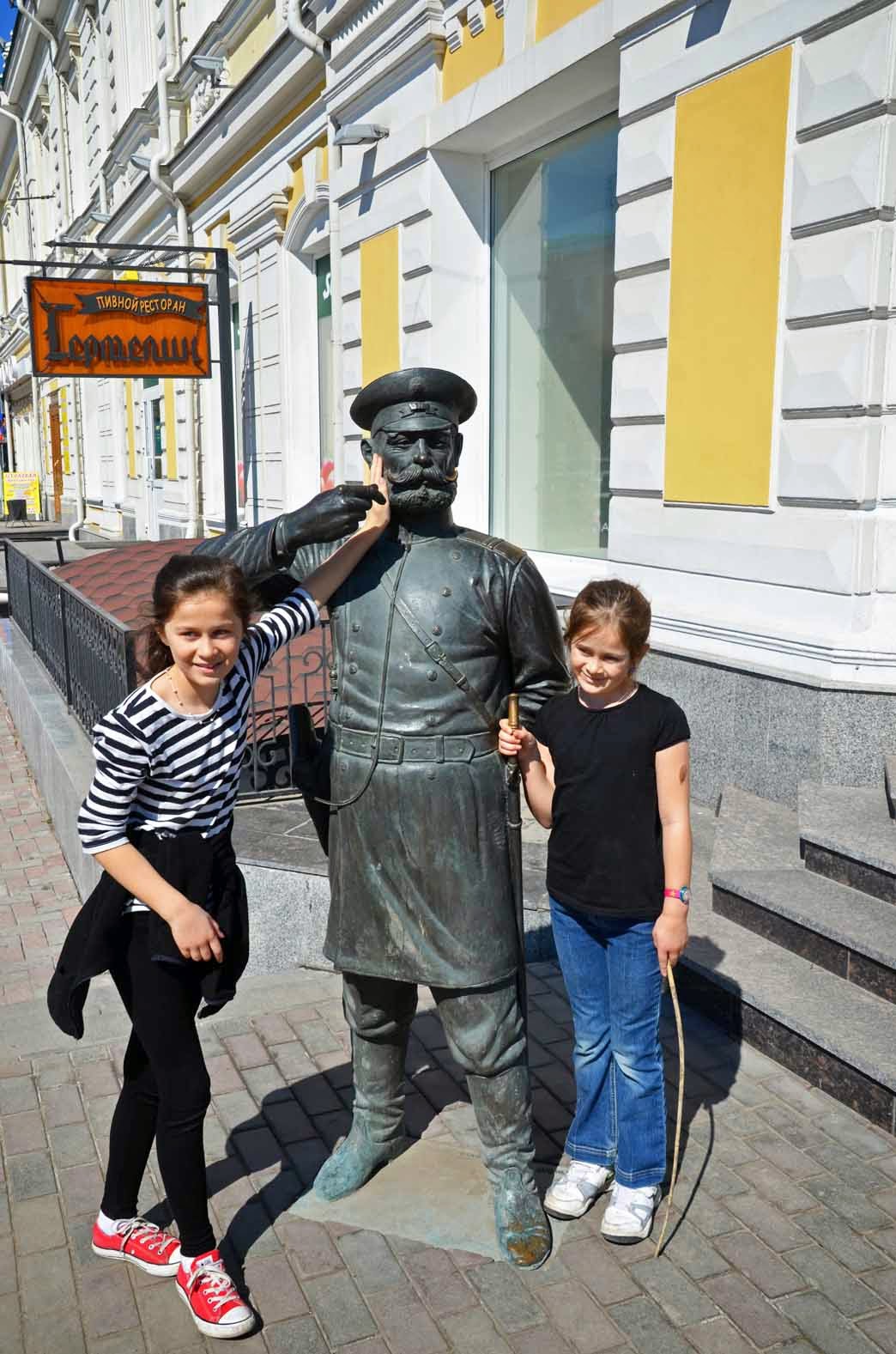 We then crossed the Om River and then turned off the main road and walked down to the Irtysh river. I walked back to buy some coffees from a guy with a machine in the back of a van, who introduced himself as Rashid and refused payment, saying that the coffees were a present to me. The stories about the levels of crime and general lawlessness in Russia that we had read in the media in the months and years preceding our journey had made both Kate and I a bit nervous about visiting the country, but this was just one of numerous random acts of kindness that we've experienced since arriving here. As a general rule, the anonymous Russians we've met have been a pretty dour, unsmiling, uncommunicative lot, but on an individual level, we've met numerous very friendly, helpful and warm people, who've bent over backwards for us, even when they couldn't communicate with us.

Back at the river, we sat on the grass and drank our coffees then walked back towards the apartment on a path along the bank. Stopping for photos at another sculpture, we fell into conversation with a Russian woman who had visited Sydney and the Blue Mountains – her ex-boyfriend was Australia and she had travelled there about a decade ago. 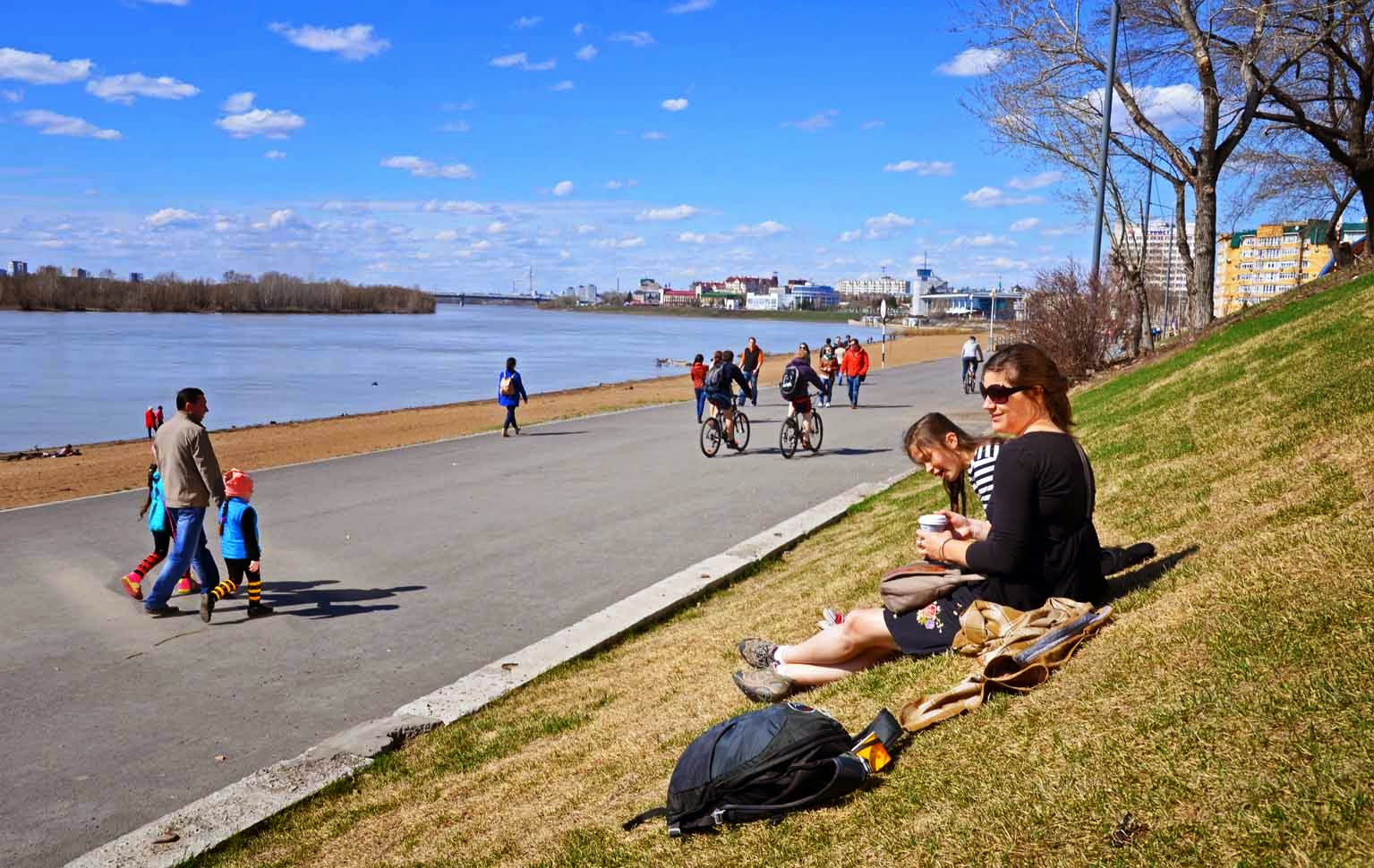 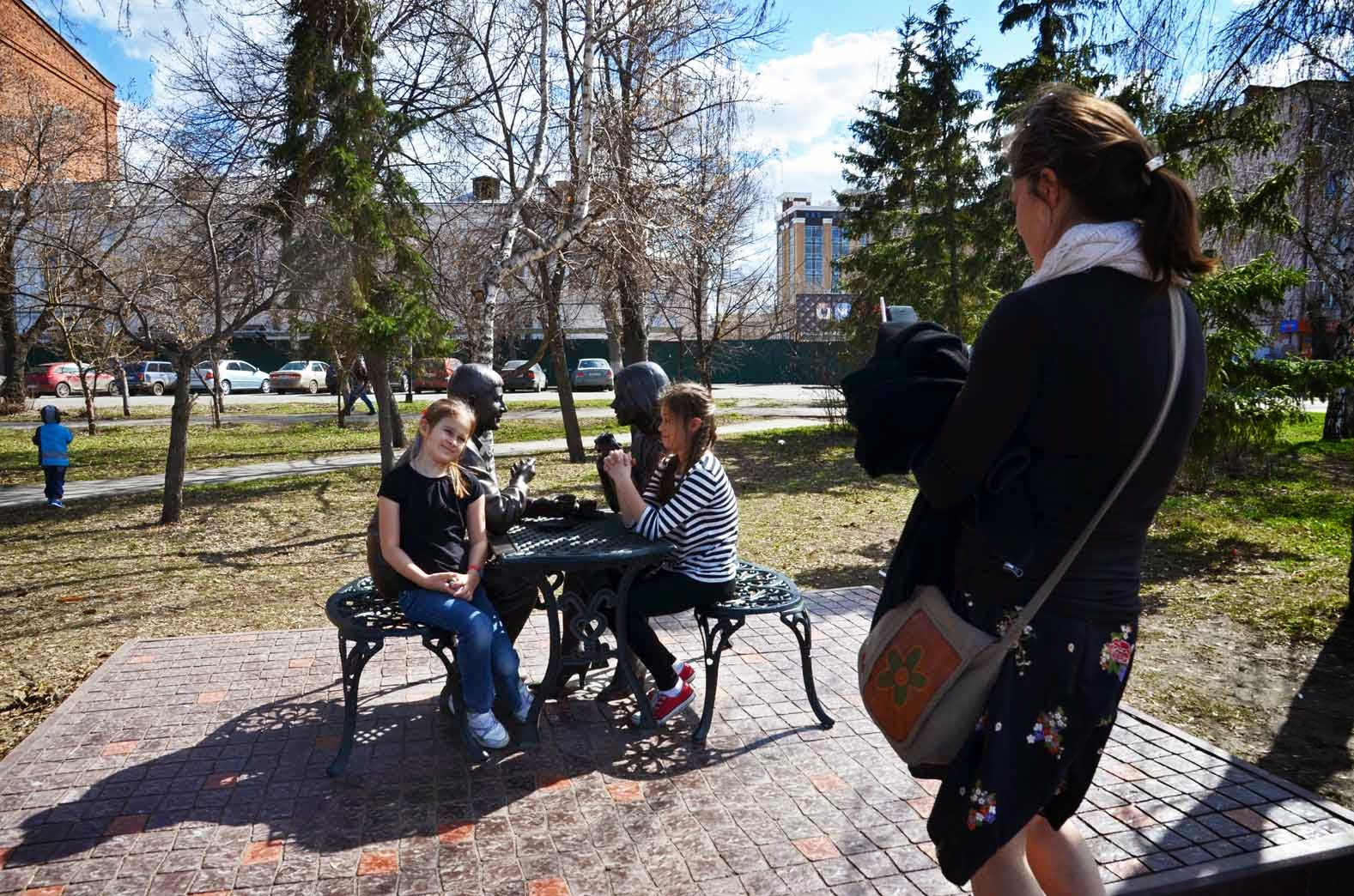 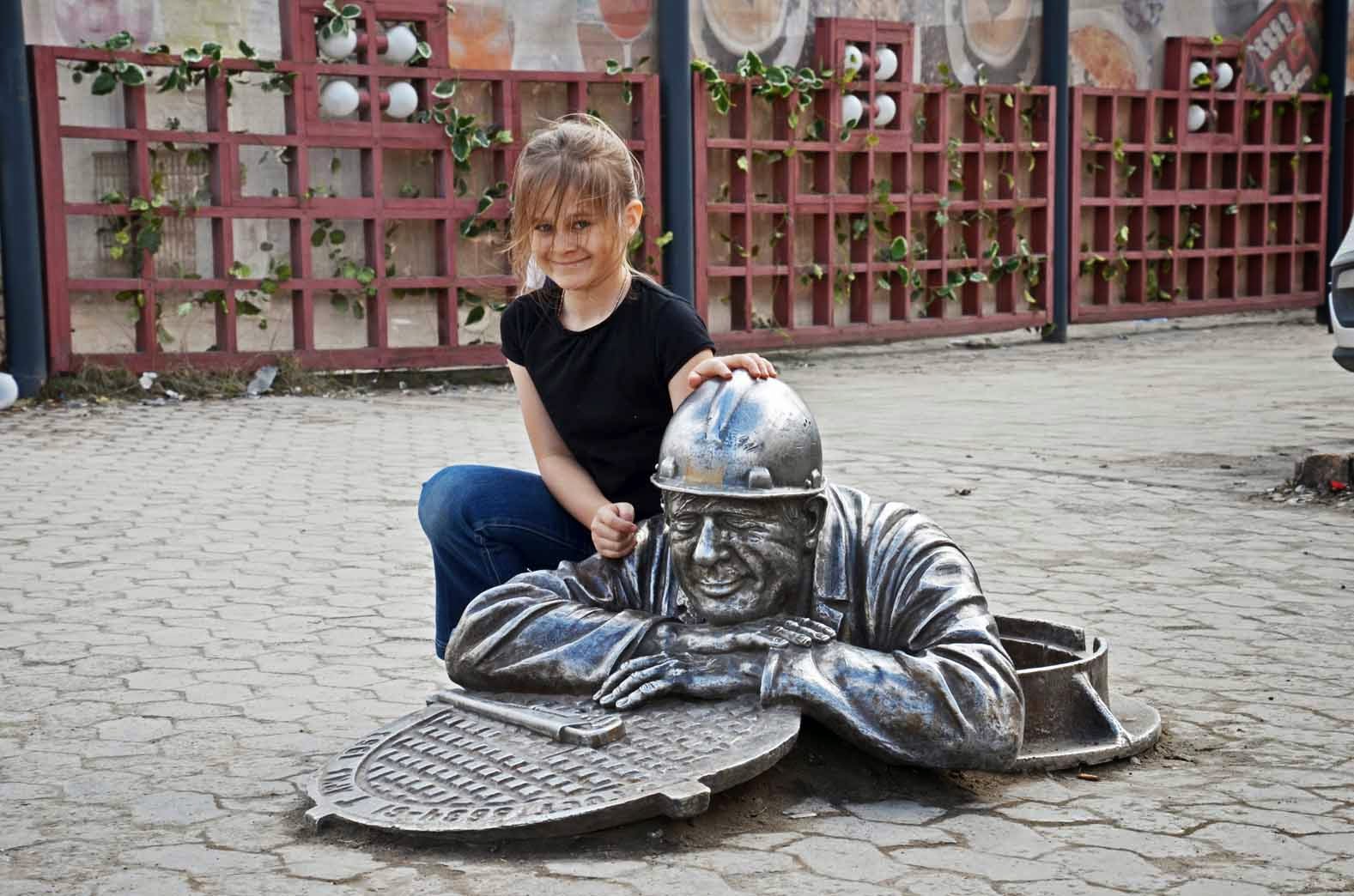 Back at the apartment, the girls spent a little while playing in the decidedly idiosyncratic playground adjacent to the block's car park, but even they found it a bit too hazardous for their tastes and it wasn't long before they had retreated upstairs to the apartment. 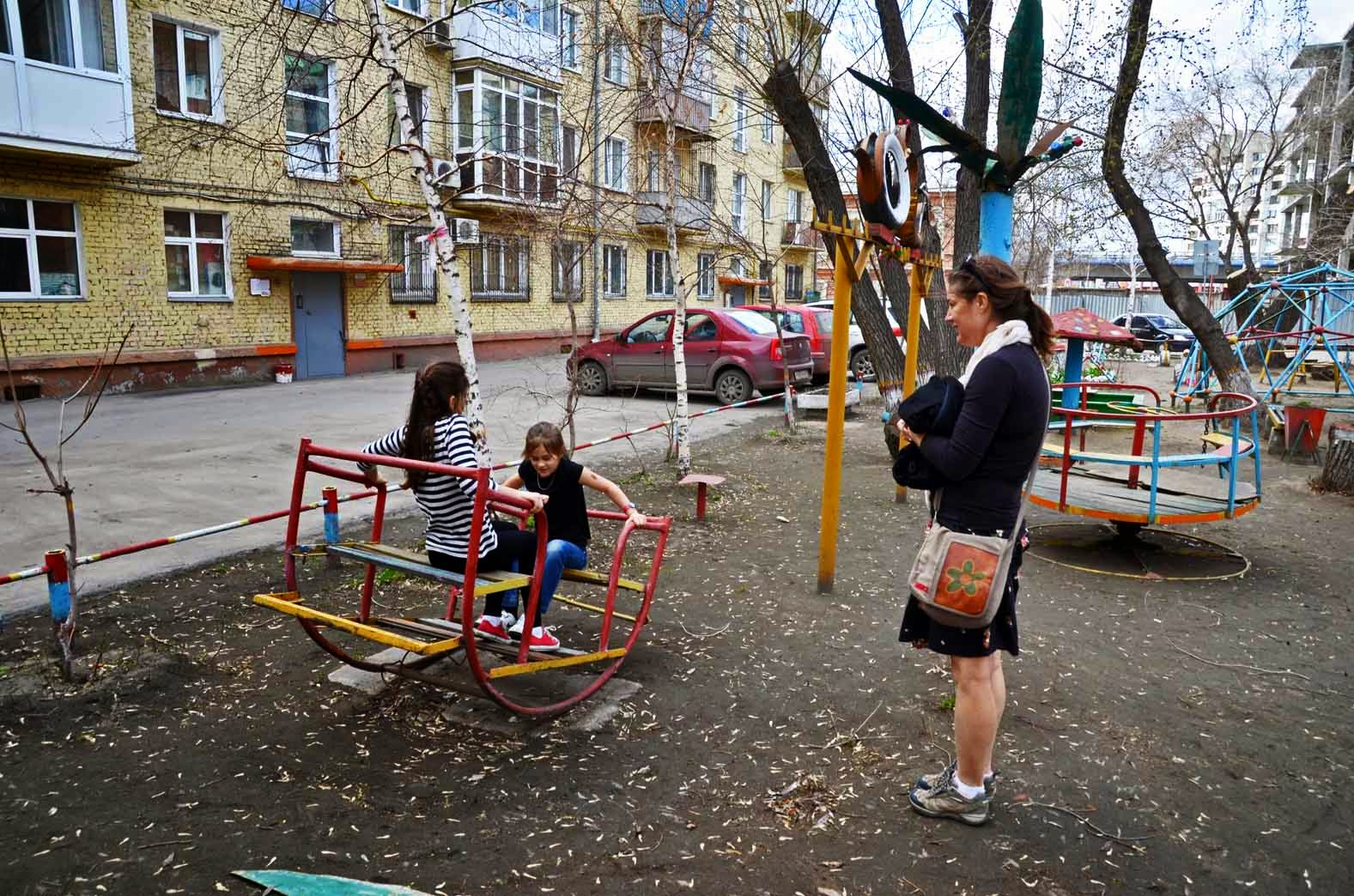 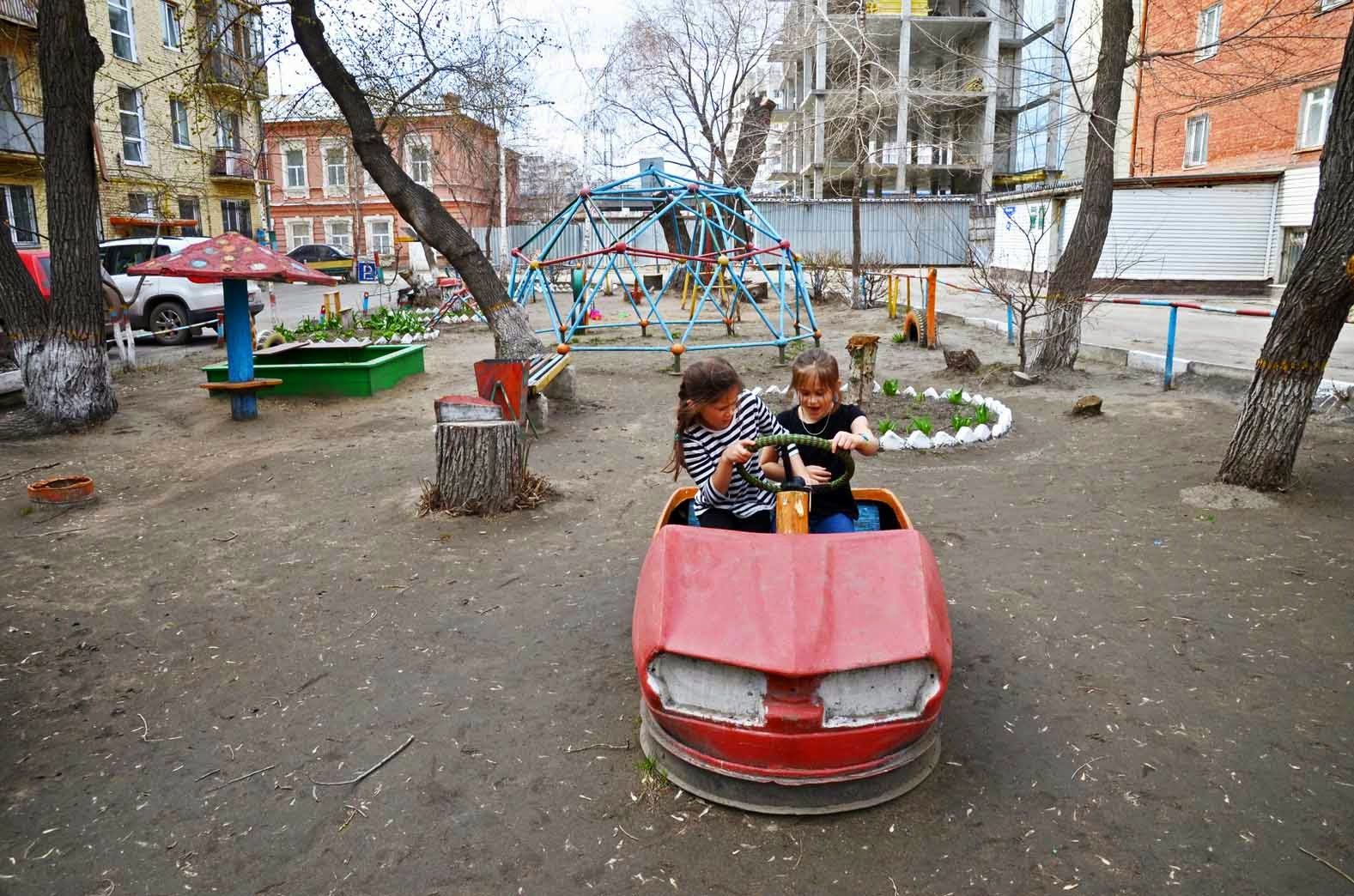