After a lovely breakfast of Kate's pancakes at the hostel, we retraced yesterday's steps to the metro station and then kept on going towards the towering red walls at the end of the road – the Kremlin. From there it was a short loop around to Red Square, which was, well, a tad underwhelming. It's such an iconic location that I guess I expected to be amazed, but it was a lot smaller than I imagined - certainly a lot smaller than Palace Square in St Petersburg – and just a bit meh. As we wandered around, we realised that we were standing in front of Lenin's Mausoleum. Kate had read horror stories about the potential pitfalls of getting into the tomb – guards pulling you out of the queue and asking to see your passports and generally harassing you, tour groups pushing in front of you and then setting the guards on you when you complain – so we had resolved to give it a miss, but the queue to get in was so short that we decided that it had to be done. So, after counselling the girls on the behaviour required of them – no talking, no laughing, no mucking about – we went through security (our bags checked by a widely smiling guard – not at all what we had expected) and then made our way into the tomb... where it was really, really dark and we all walked very slowly as we waited for our eyes to adjust. We then slowly filed past Lenin's body, the girls fascinated by how well preserved he was and Kate and I slightly surprised at how poignant the experience was. 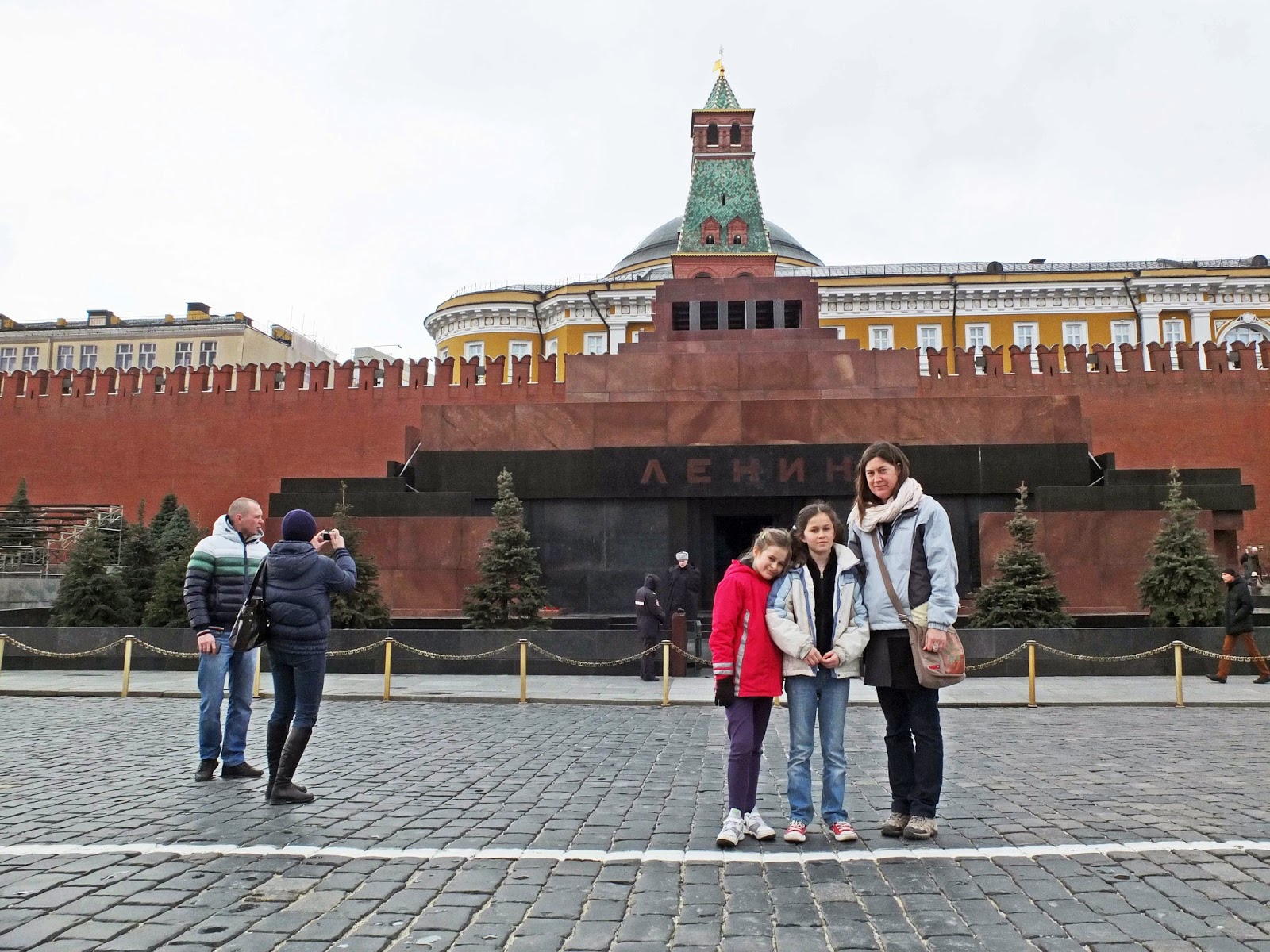 Back outside, we walked to and around St Basil's Cathedral and then across the square to the GUM (Glavnyi Universalnyi Magazin; literally the 'main universal store'), the main department store in Moscow. Commissioned by Catherine II, the glass-roofed building's façade extends for more than 240 metres along the eastern side of Red Square. It was built between 1890 and 1893 and by the time of the Russian Revolution, it contained about 1,200 shops. It's an incredibly impressive building, with three long arcades, each filled with shops facing each other over an open central section that's crossed by walkways and bridges. 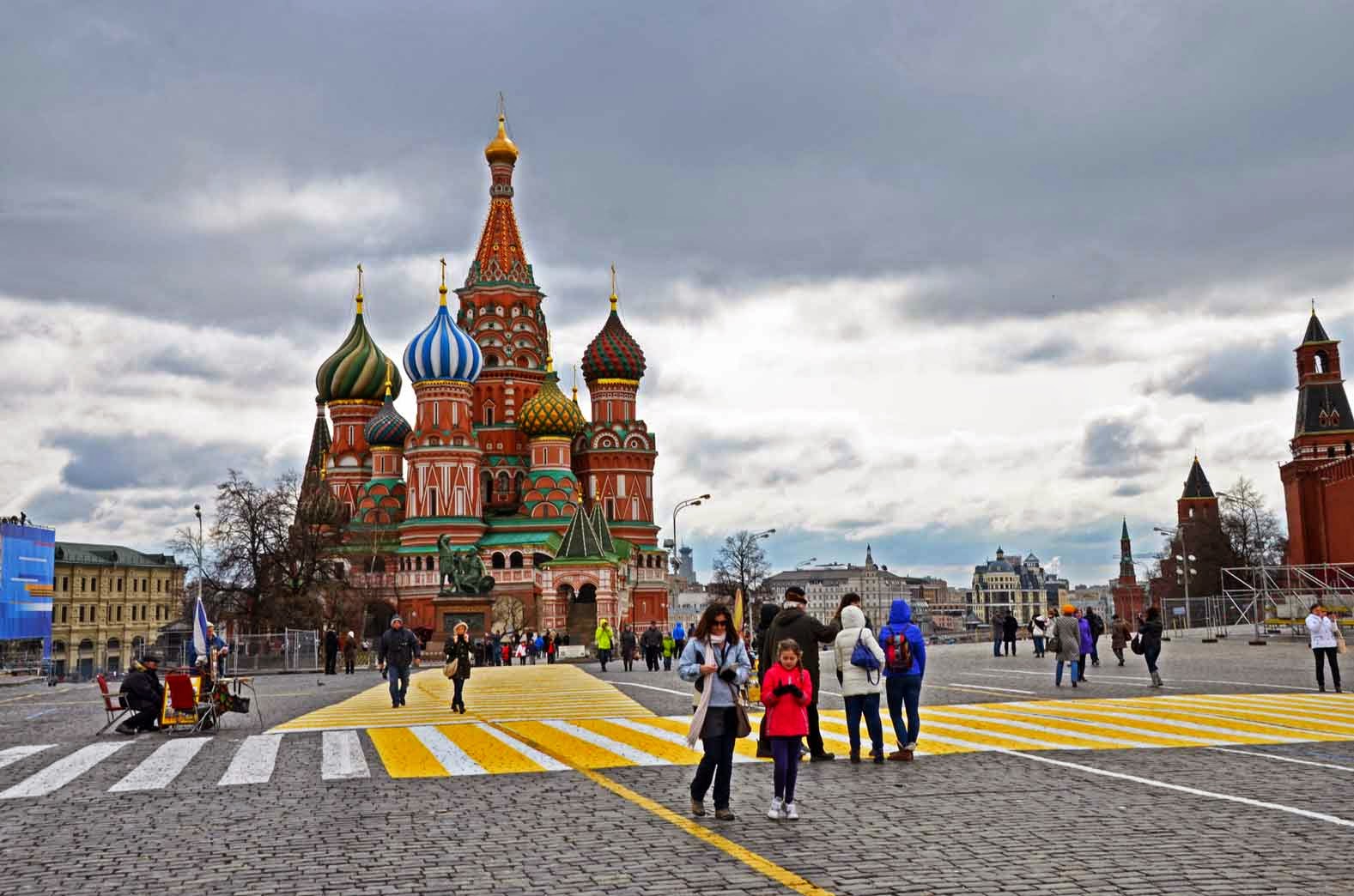 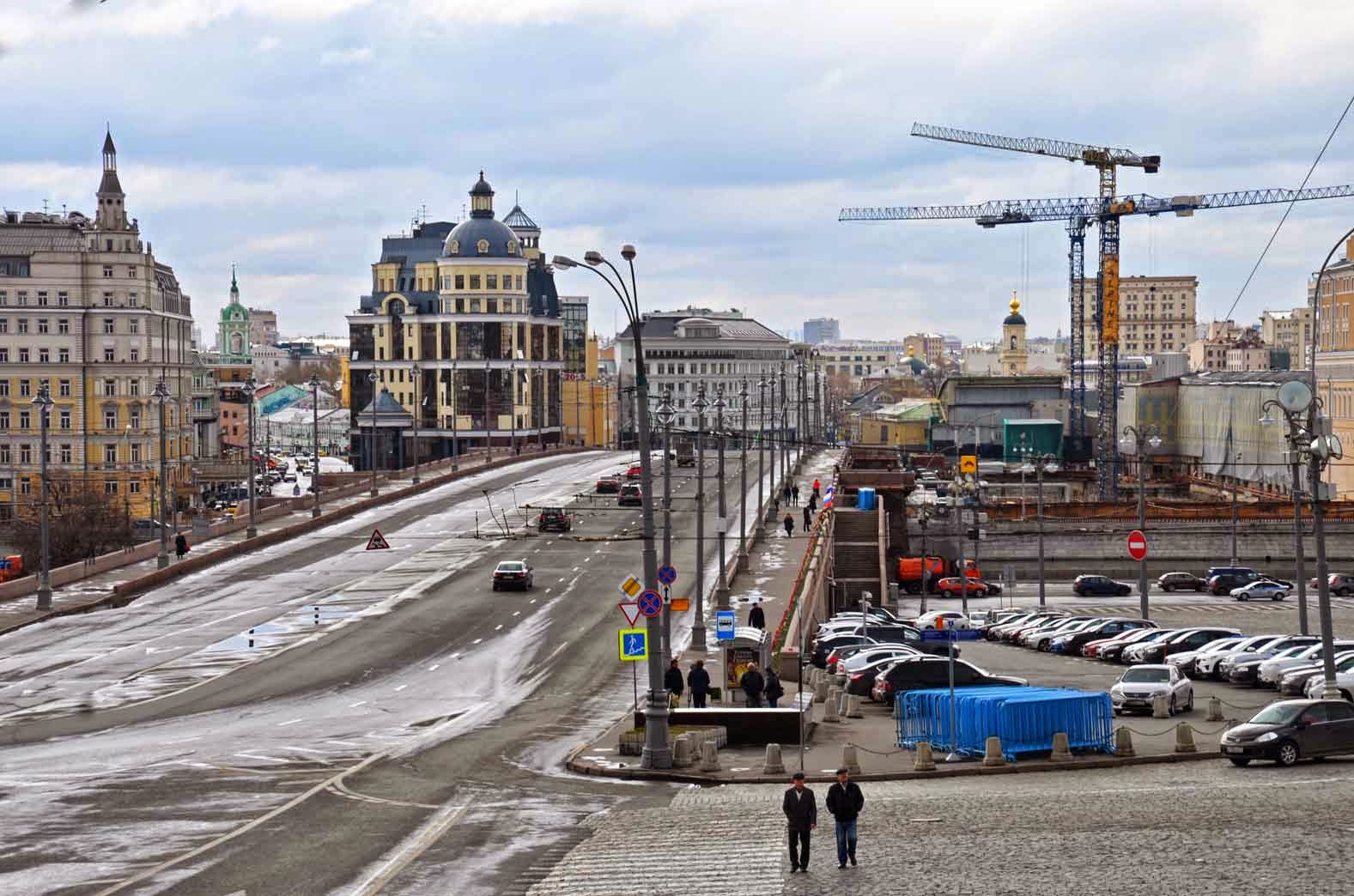 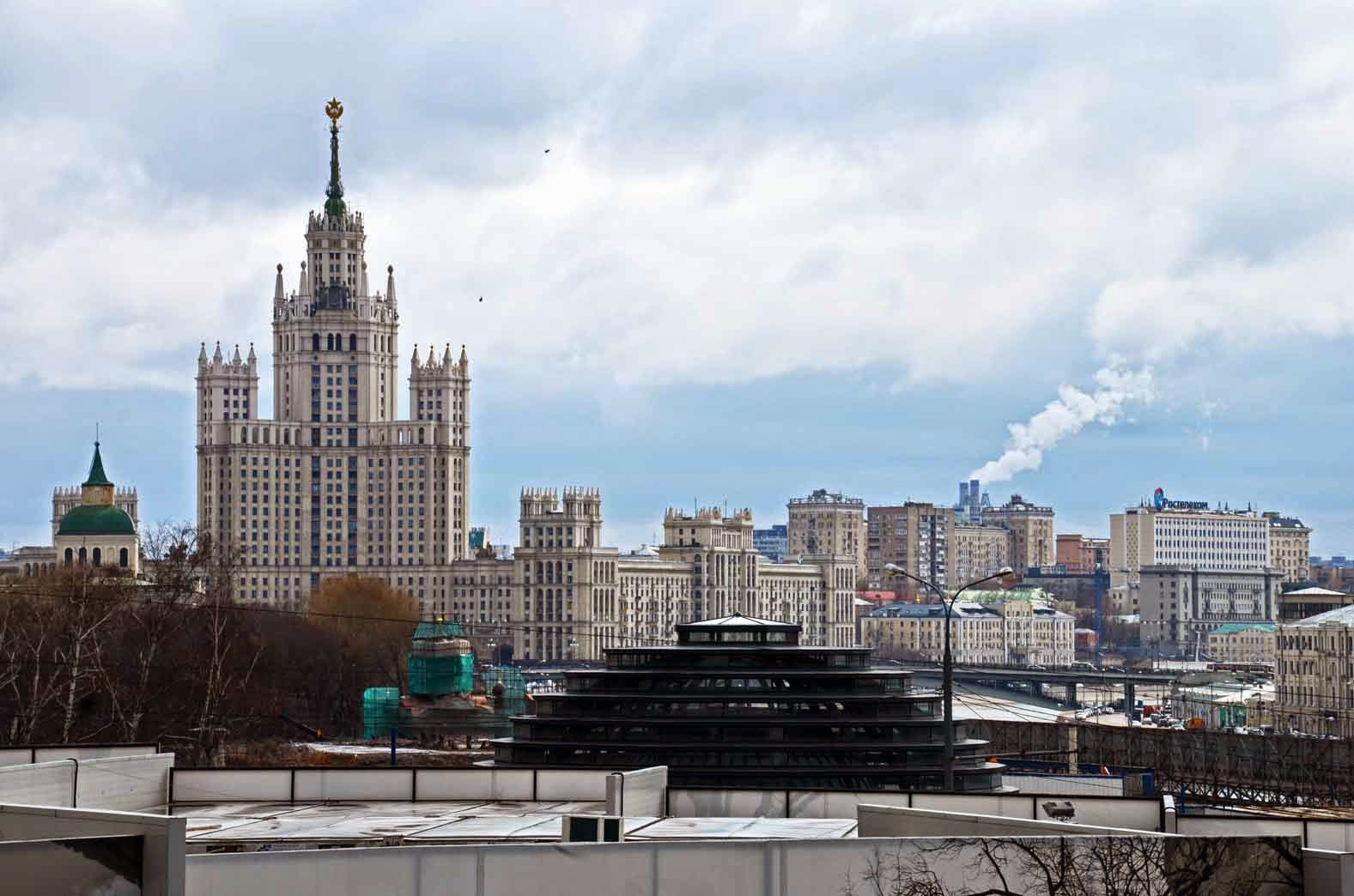 Back outside, we stopped for a coffee and then visited a large underground shopping mall, where we had a pretty dire lunch of Italian fast food at Sbarro. We then walked back to Old Arbat Street, a pedestrianised thoroughfare in Moscow's historic centre. At various times one of the most prestigious places in the city in which to live, it's now a soulless tourist trap, lined with a succession of Russian and Western fast food outlets, so after a while we walked up a side street to our supermarket and then back to the hostel, where Zoe played with Arina, the daughter of the woman who worked on reception, who was roughly her age, the two girls using Google Translate to communicate with one another. 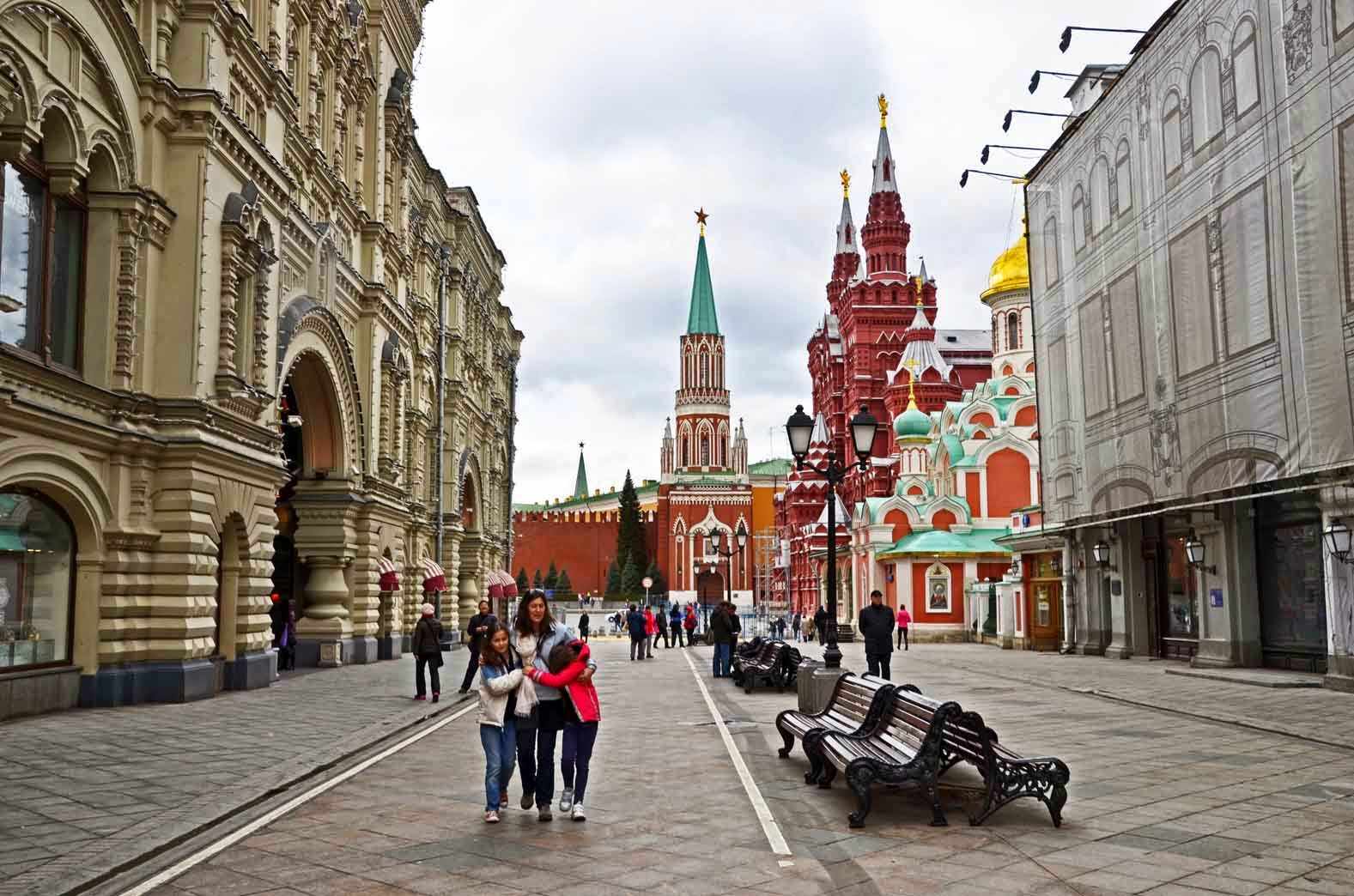 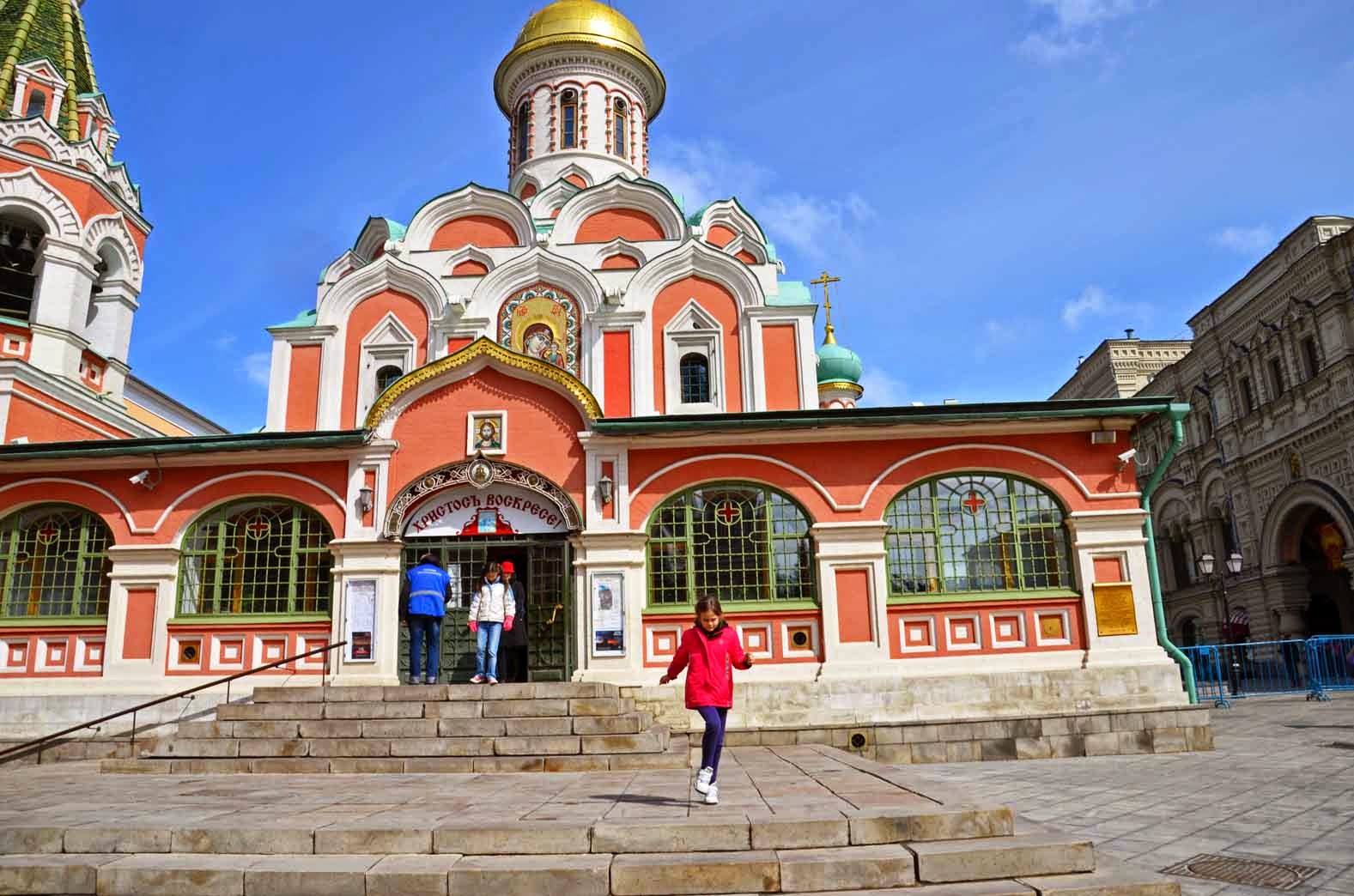 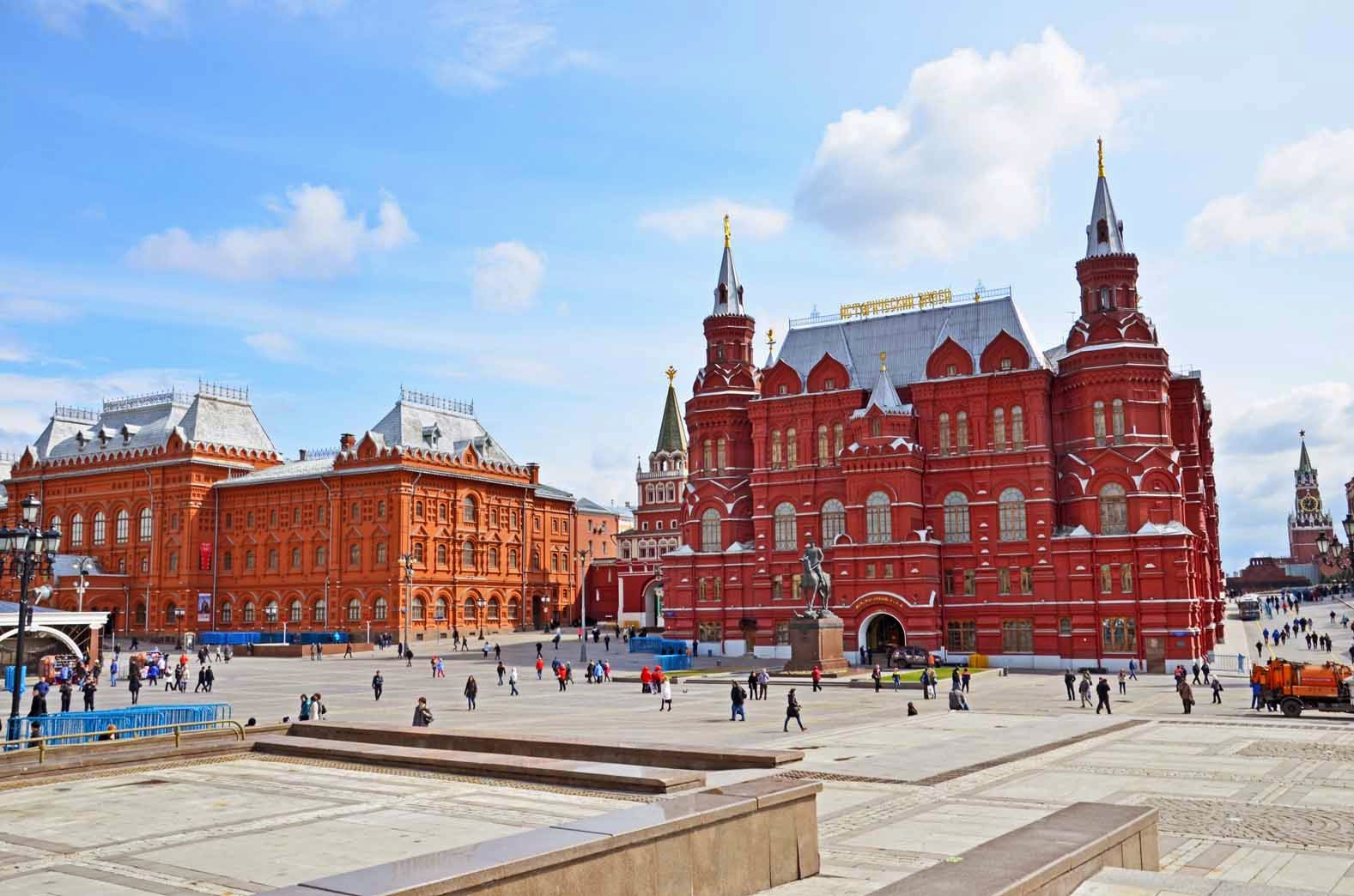 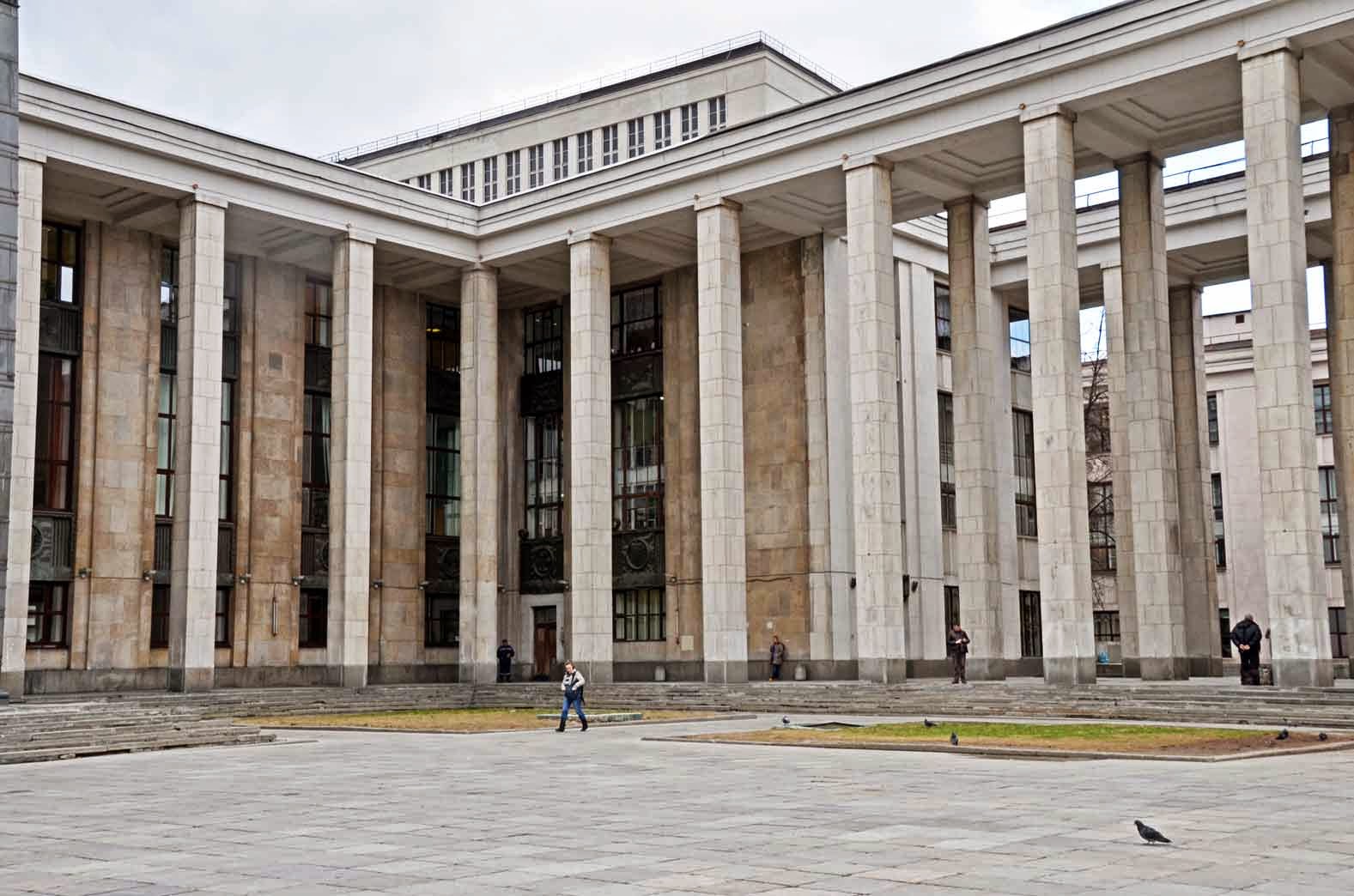 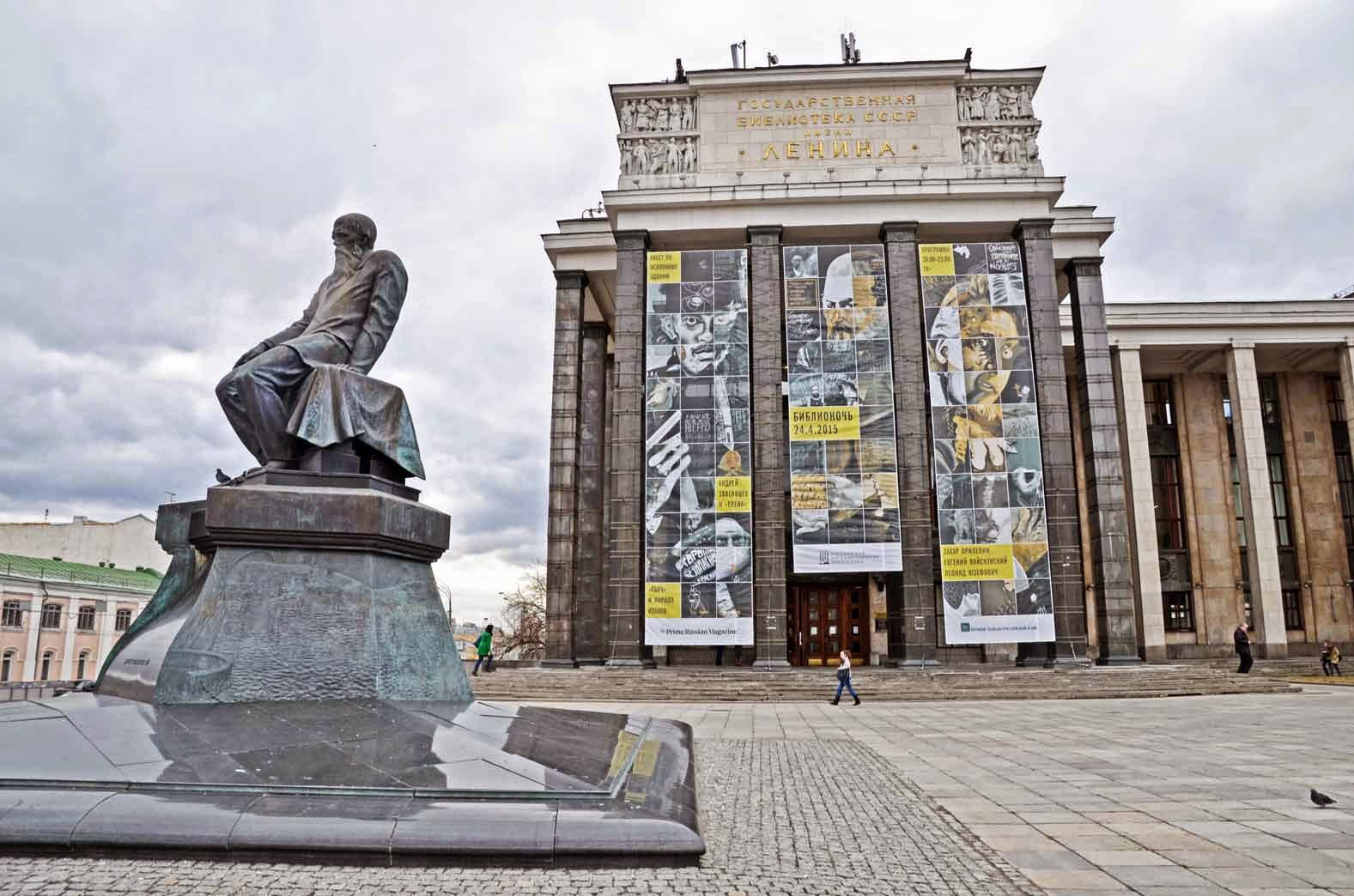 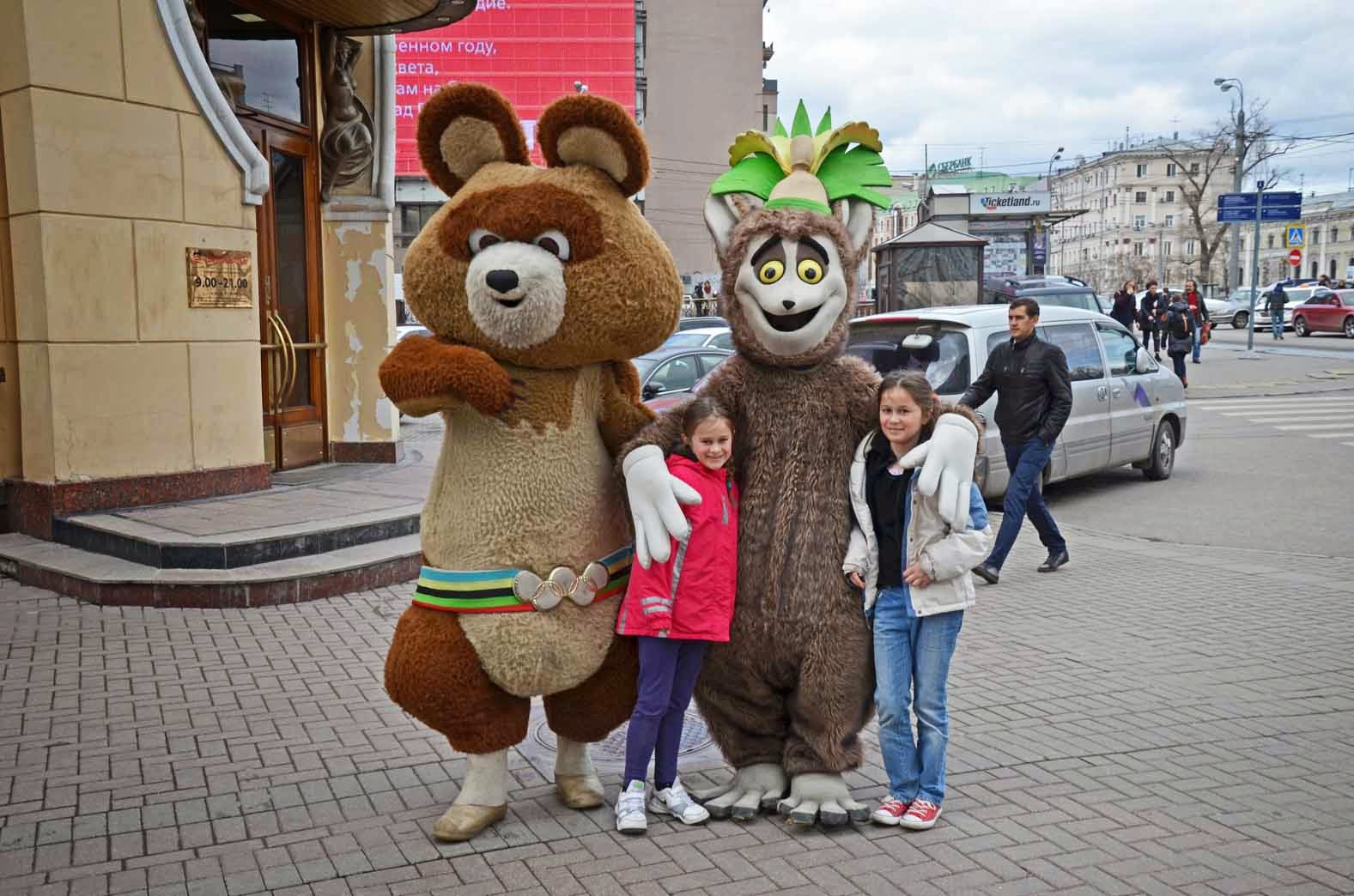