We all slept in this morning and then headed downstairs for our complimentary breakfast. We then walked up the road to a market that we had been told about yesterday, but it wasn't quite what we were after – a big covered place with established stalls that were more like shops - so we walked back over to the train station. We had read about a circular route that you can ride for next to nothing – taking you through Yangon and out into the countryside, before looping back into the city – via about 35 stops. 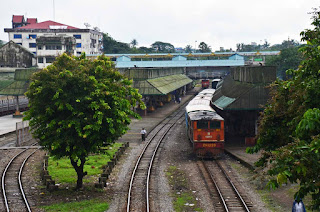 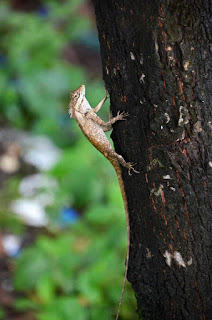 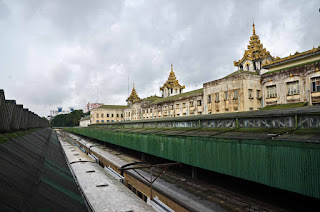 Once inside the station we took a rather roundabout route to the platform (a useful exercise as we'll be back here tomorrow to get the train to Bagan – crucially, with our packs), where we bought our tickets from a very friendly and helpful young man with excellent English. It was raining a little and very humid as we waited for the train and we prayed that it would be air conditioned. After a while, the ticket guy came out of his booth and started chatting to the girls, before leading us across the tracks and onto another platform, where he told us the train would soon arrive. When it pulled up and the doors opened, Zoe jumped on board and grabbed us the last available empty booth and we breathed a sigh of relief as we sat down in the air-conditioned cool. 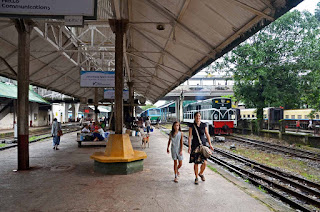 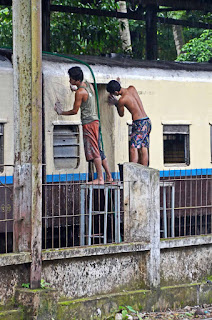 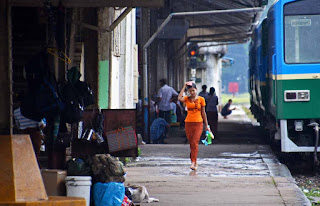 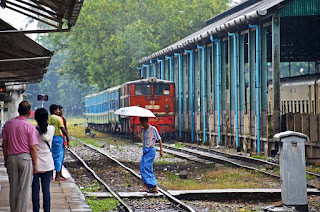 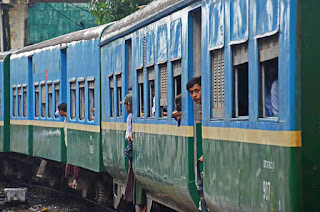 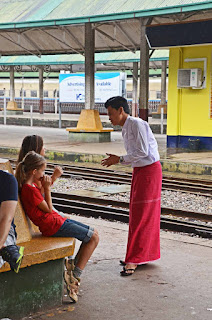 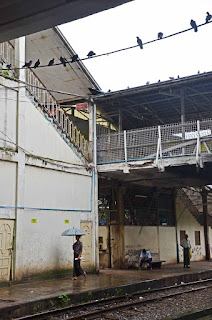 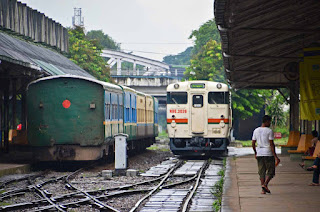 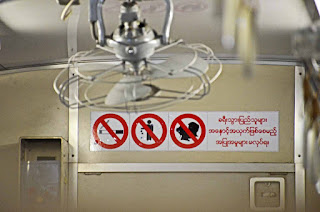 The journey was fascinating, showing us a side of Yangon that we never would have seen on foot (which is probably a good thing). No matter which side of the train you were on, it seemed, you were looking at people living on the wrong side of the tracks. While we occasionally passed some nice-looking, colonial-style houses, many of the habitations were significantly more basic, and in many cases would best be described as squalid. We passed open-air markets, people drying their washing between the tracks, 'restaurants' set up out in the open among the weeds, pigs wallowing in muck, and huge mounds of rubbish. At one point I spotted what appeared to be a big, bright-blue-and-yellow lizard sitting on a fence, but my glimpse was so brief that I wasn't quite sure whether it was an actual living reptile or a plastic toy. Some of the other sights were slightly less edifying, such as the bloated corpses of dogs lying beside the tracks. 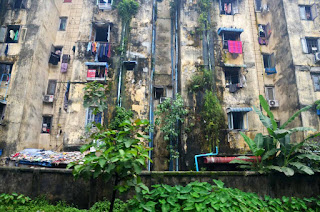 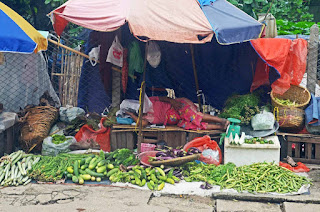 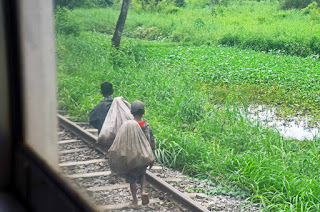 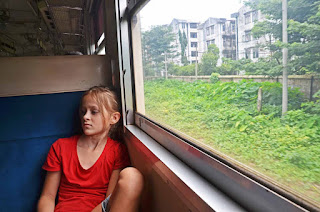 Even before we left the city's outskirts, we saw signs of agriculture, with widespread cultivation of some sort of aquatic plant that people harvested while sitting on old tyre inner tubes. Farther out, we passed extensive rice paddies, emerald-green seas of waving blades, where cone-hatted farmers bent. We had read that food hawkers jumped aboard at regular intervals, but sadly we were misinformed and by the time we made it back to Yangon station we were pretty hungry, so we visited a series of food vendors near the station, getting a selection of little deep-fried treats, some corn on the cob, and some more of the lovely little 'focaccia' breads, which we ate back in our room at the hotel. 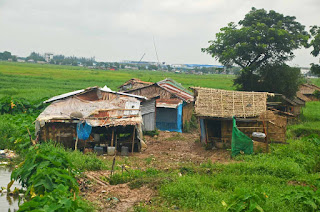 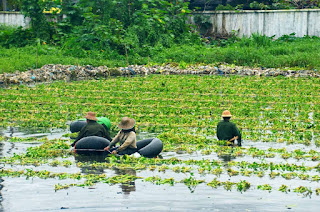 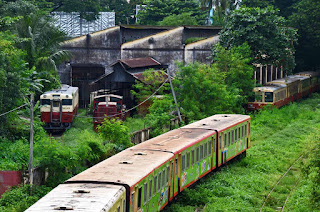 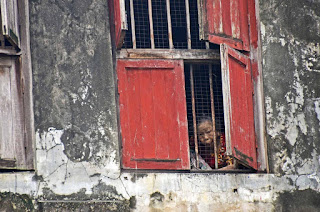 In the evening, we walked back to Barbecue Street for dinner, getting another fish at last night's restaurant and then shifting to a place back up the road that had a good selection of skewers – including some broccoli for Kate and some incredible pork spare ribs – and cold lager on tap. 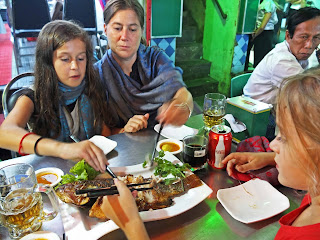 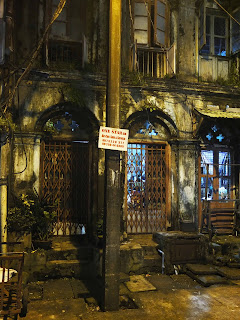 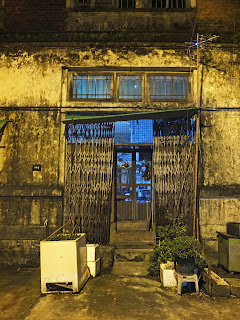