We got up pretty late this morning and then headed down to Jungle Juice for breakfast, stopping at the minimart on the way for some juice and other groceries - and then again on the way back. When we first arrived at Baan Khao Sok, we noticed the remains of a small bird on the path out the bungalows. We weren't the first to spot it – an army of ants had set up camp around it and were swarming about. Each time we walked over it, it was a little bit less substantial and when we set out today, the skeleton had been completely dismantled, along with the ant nest that had surrounded it. 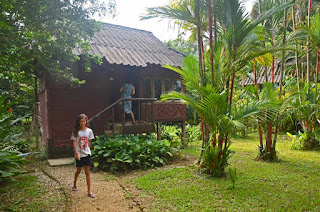 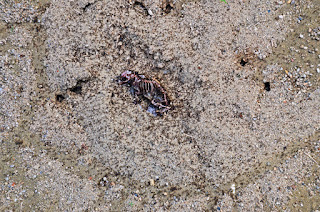 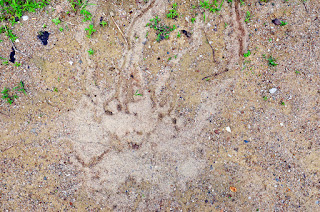 Back at Baan Khao Sok we set ourselves up in the restaurant/common area to use the wi fi to do some more planning while the girls did some schoolwork. We made some tuna and cucumber sandwiches for lunch and then, in the afternoon, we went for a swim in the river. It seems as though whenever we go for a swim, Kate's feet get bitten by little fish, a sensation that she describes as unsettling but not too unpleasant. Today, however, something really got hold of her and she let out a proper yelp (a couple of locals had just floated past us on inner tubes and they called back with concern to ask if she was okay). When she got out of the river (quite quickly), a small droplet of blood formed on her toe where whatever it was had bitten/nipped her.

In the afternoon, the wind began to pick up, which is usually a precursor to rain. And sure enough, we were soon looking out at a grey wall of water falling all around us. It didn't last long, however, and at 5pm, we walked up to Jungle Juice for some beers, wasabi peanuts and cards – and a scoop of ice cream each for the girls. On the way there, as we walked up the driveway to the main road, I saw some movement on a nearby tree and alerted the others before I was actually sure what it was. In the middle of the trunk was a blur of furry motion that eventually resolved itself into three amorous chipmunks – from the looks of it, two frenzied males and a harried female. The three of them seemed to be in near-constant motion, zipping here and there around the trunk. The female would occasionally decide that it was all getting to be a bit much and leap prodigiously onto a nearby power pole, at which point the two males would stop and squeak across for her to return. When she did, they would jostle each other in their occasionally successful attempts to mount her. 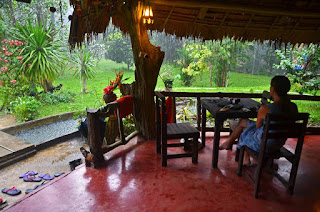 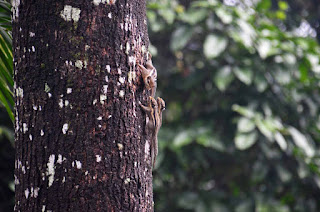 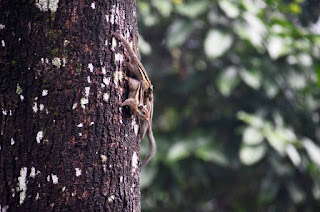 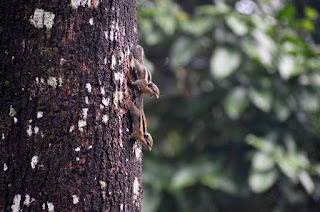 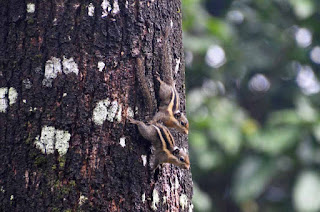 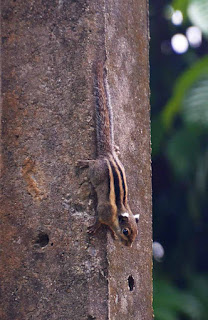 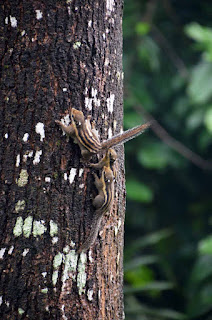 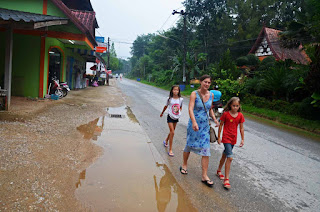 For dinner we went back to Baan Khoa Sok. What with all the rain, the frogs were starting to kick off, so when the others went to bed after dinner I went out to see what I could find. Surprisingly, there was only really one species calling with any enthusiasm, and I managed to track down a few calling males fairly quickly. They were very small, mottled brown and surprisingly loud, given their diminutive size. I stayed out for an hour or so and then headed back to the bungalow. When I got there and started to undress for bed, I noticed that I had a leech on my foot, which was in the process of biting me, and another on my right bicep that had properly settled in for a meal. When I removed the latter, the wound began to bleed, and of course refused to stop. I didn't want to get blood all over the sheets, so grabbed some toilet paper and Sarah and I spent a long while mopping up the droplets as they formed. 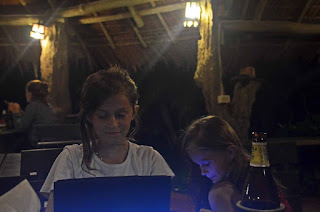 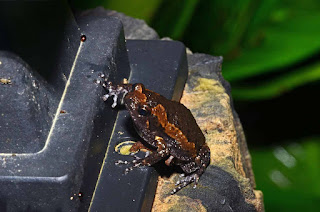 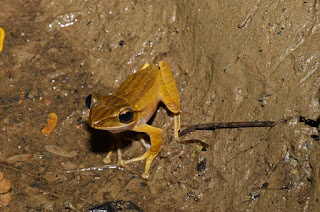 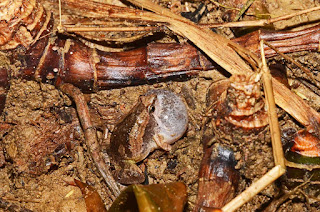 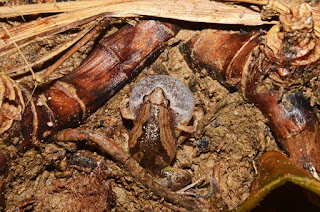 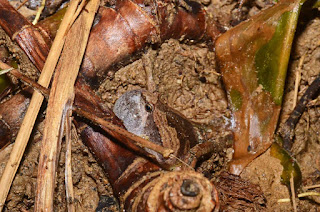 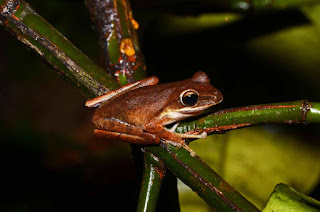