Up early to start packing up. It had rained in the night and was still doing so, so the way down to the car was a bit slippery, which made my many trips back and forth ferrying stuff just that bit more interesting. 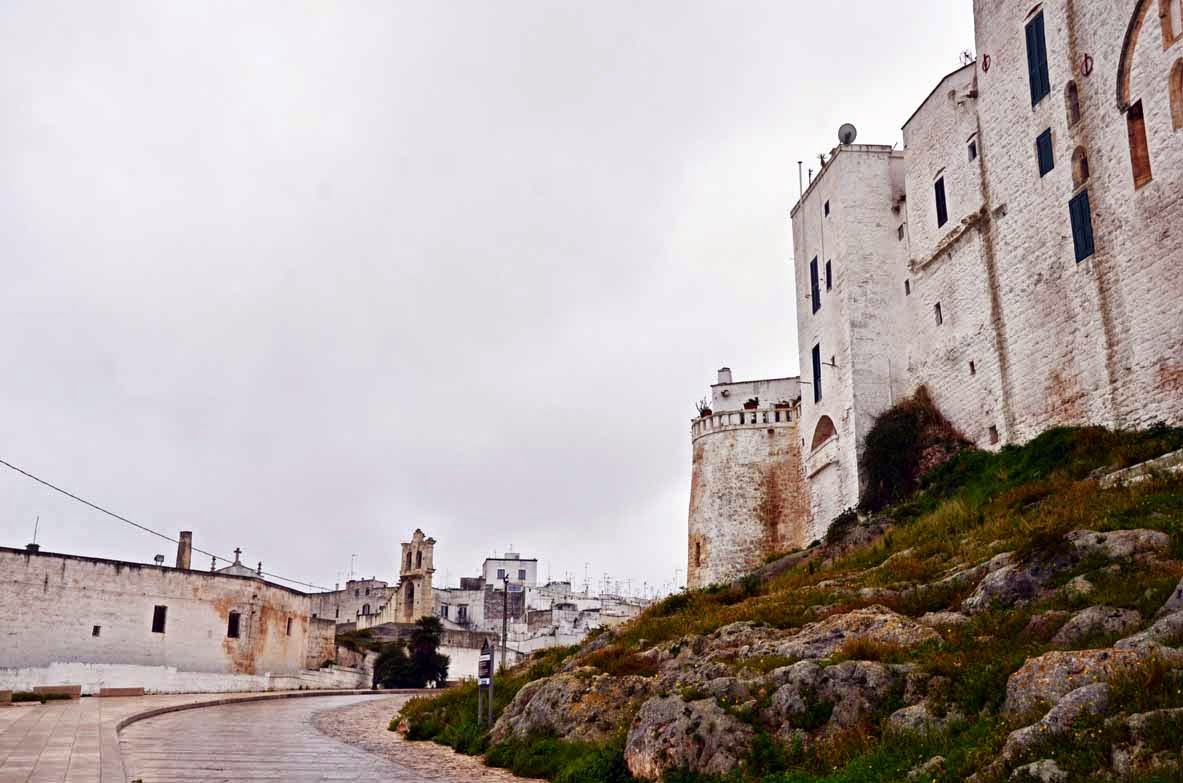 We eventually got away just after 11am, heading out of the heel of the Italian boot and over to an area on the front of the ankle - the Amalfi Coast. Our first views of the sea coincided with the road getting significantly windier. To our left was a steep drop to the sea, to our right, a steep terraced rise populated by the Amalfi Coast's famous lemon orchards. 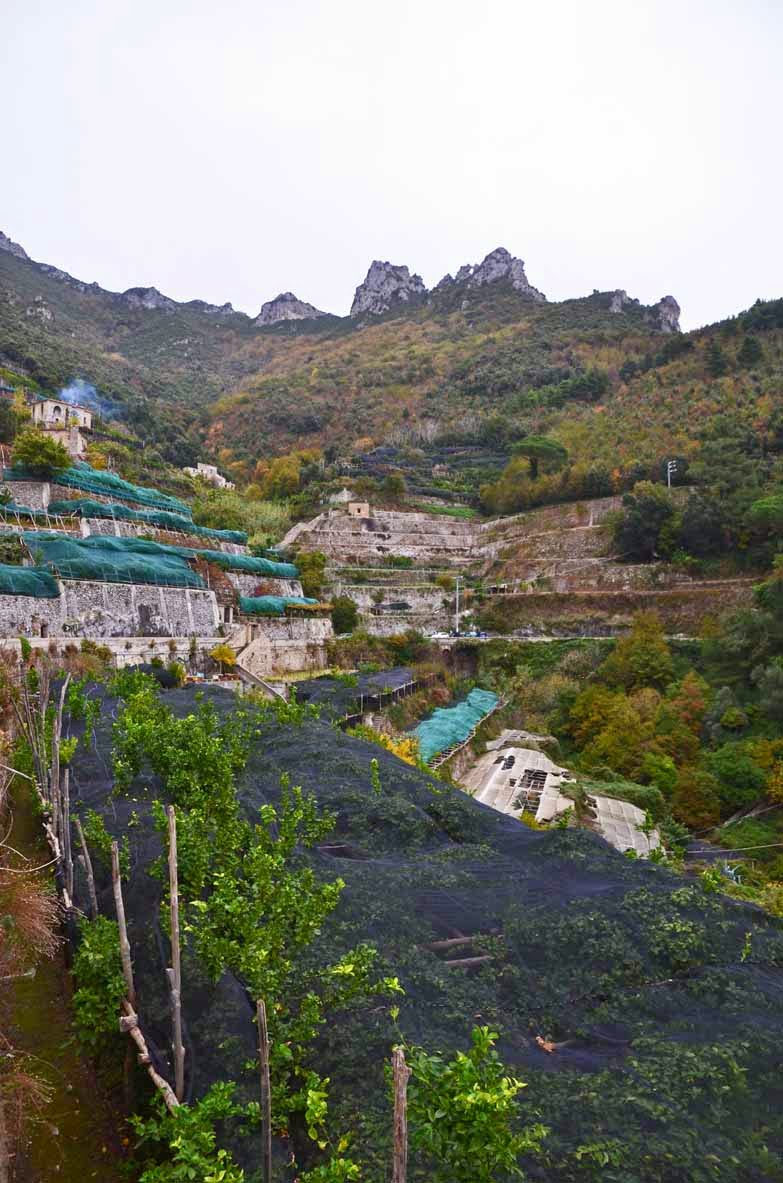 Our destination was the little town of Maiori, which is about halfway along the southern coast of the little spur that juts out here. Sally took us to the hotel where we were meant to pick up the keys to our apartment but there was no-one there, so we settled into the reception area, logging on to their wi fi and using their toilets. After a while, we got bored and went for a walk along the seafront – and spotted the actual hotel that had our keys. It was all shut up for the winter, but we found a buzzer and were let in by a very helpful young woman who kitted us out with everything we needed. She then handed us over to a cheerful Sri Lankan man who rode his bike to the apartment while we followed along behind in the car. 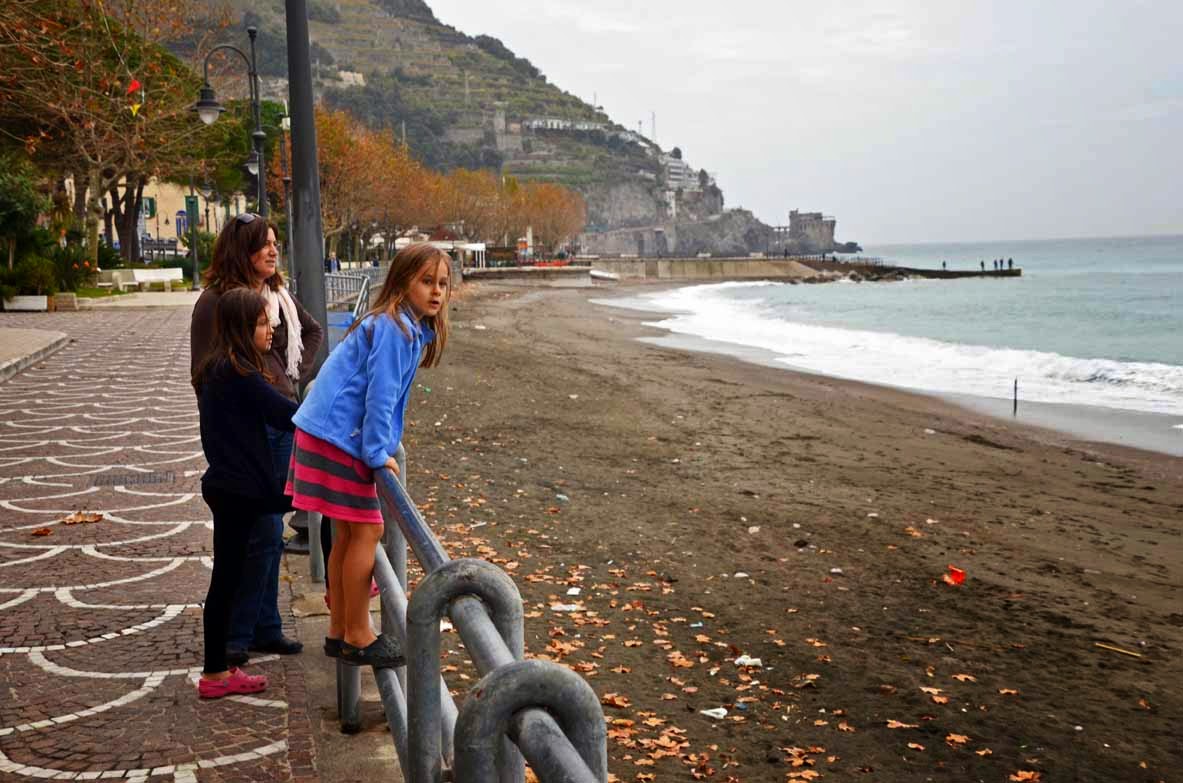 After parking and ferrying some stuff to the apartment, we headed out to check out the town. The helpful woman had told us that we could walk to the next town along, which apparently had lots of nice Christmas lights. So, we found the path, which was up some stairs, double checking with a young girl that this was indeed the path to Minori. We went up some more stairs, then some more stairs, then some more stairs. Just when we thought that the path was levelling out, we kept coming to more stairs. After a relatively short time, we were high above the lights of the town, walking along a narrow path that wound along the hillside, past the lemon orchards. 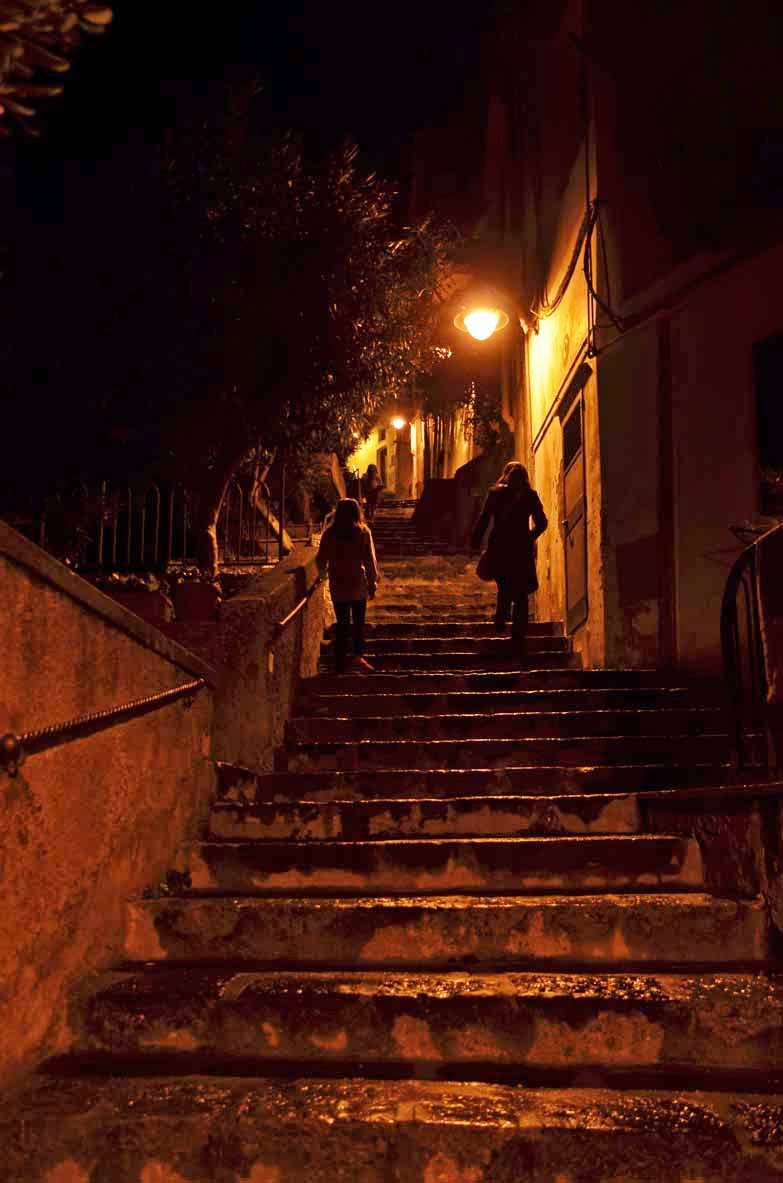 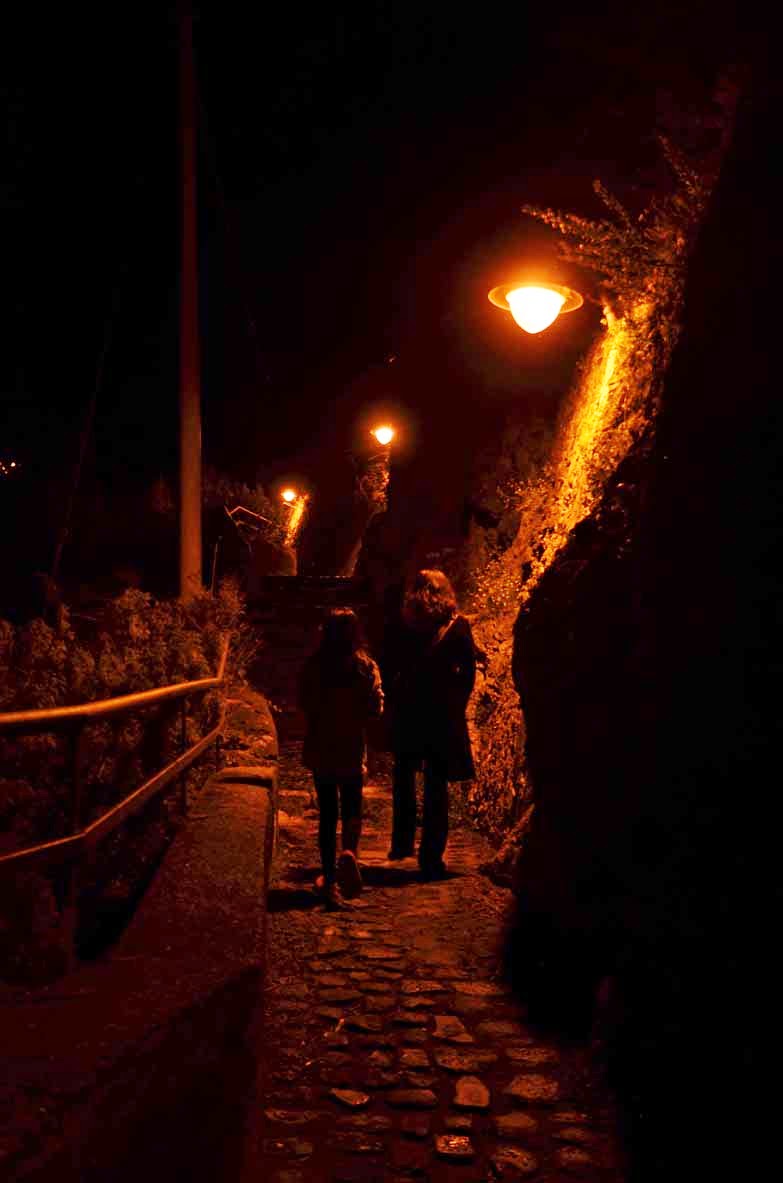 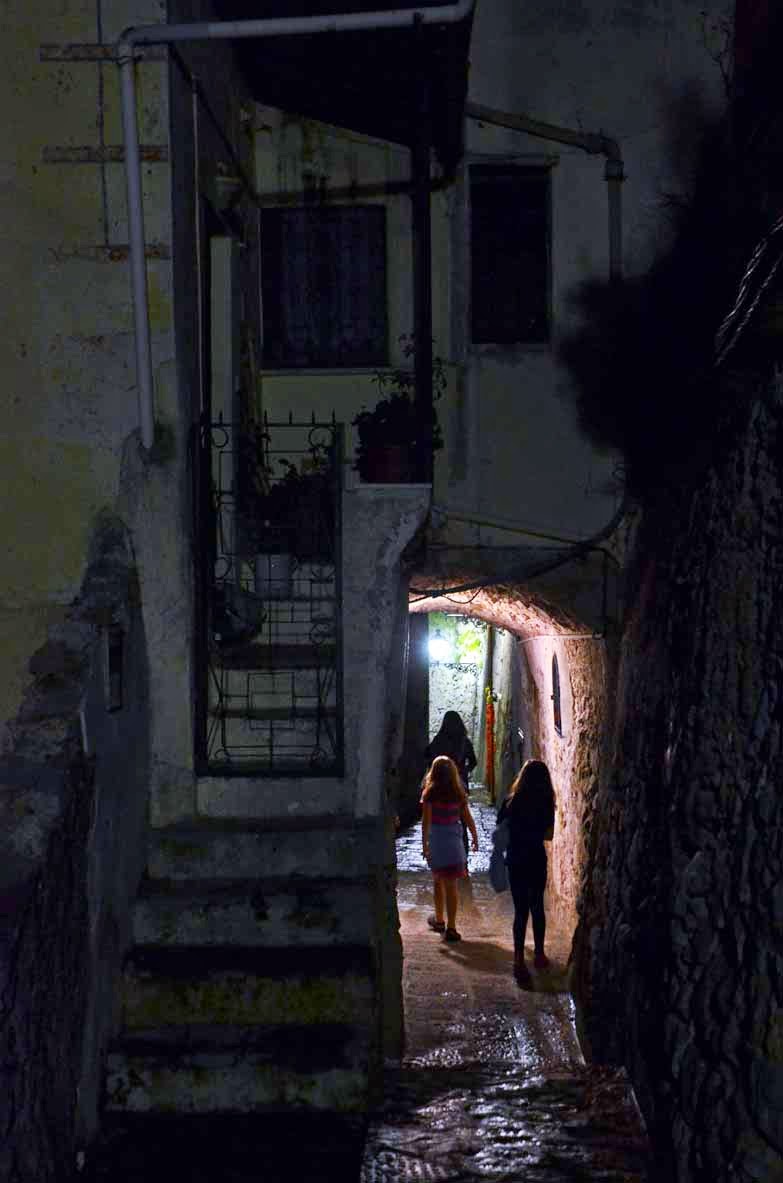 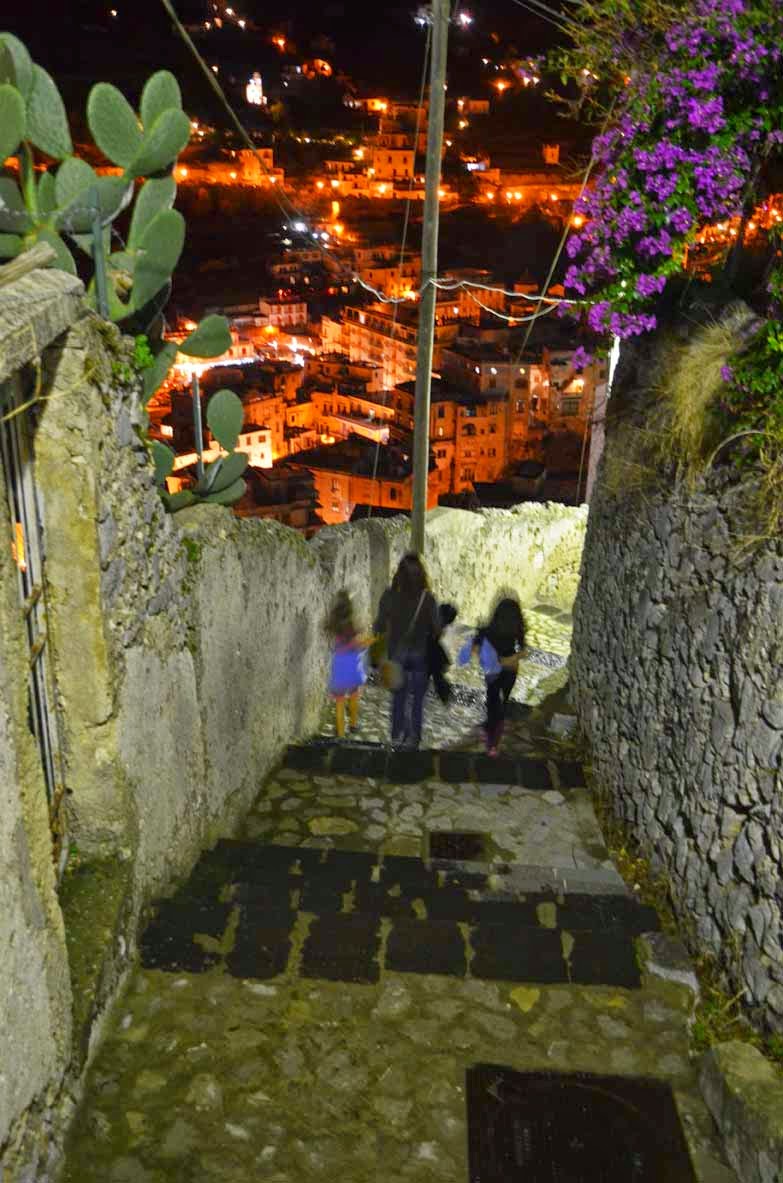 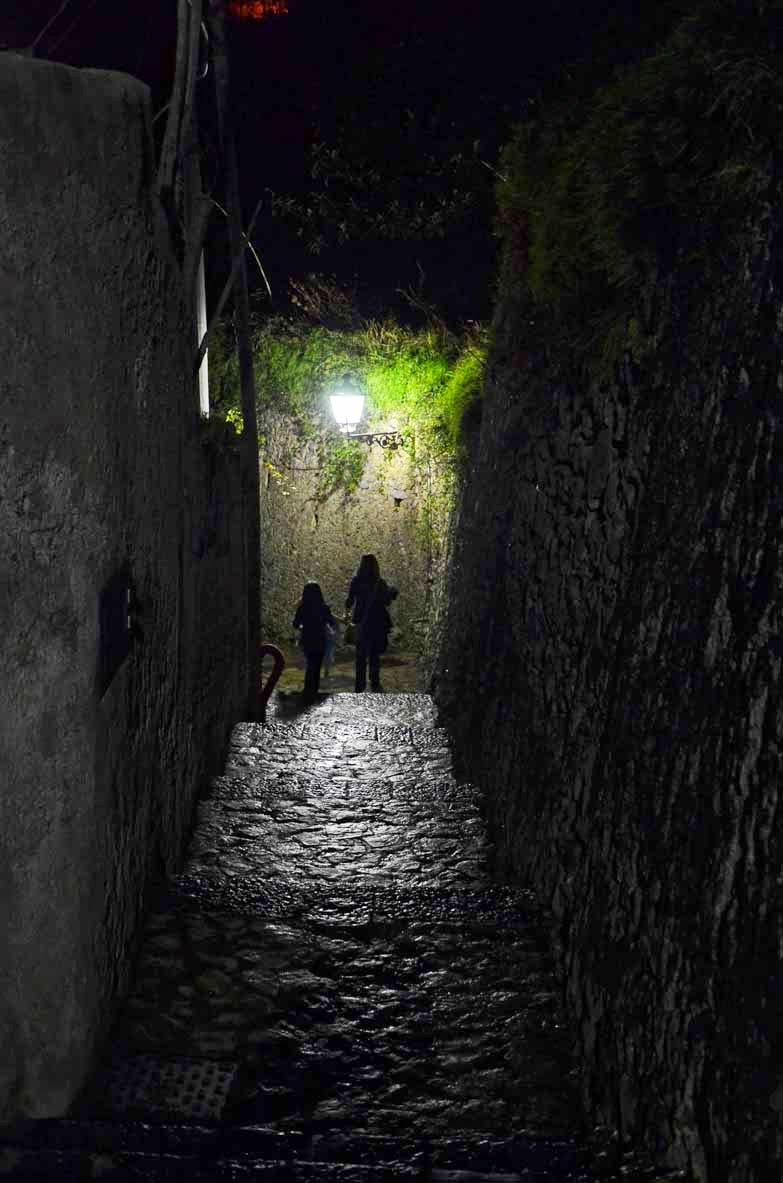 Finally, we started going down and not long after, we made it to Minori. Sadly, after all that effort, the Christmas lights were more than slightly underwhelming (not a patch on Winchester's). We also struggled to find somewhere nice for dinner, so after grabbing a few arancini from a little takeaway pizzeria, we headed back to Maiori along the coast road – with the cars zipping past at disconcertingly close proximity - getting back there in about a quarter of the time.

We looked around there for somewhere to eat but ended up back at the apartment, where I threw together some random ingredients, in the process inventing a new pasta dish that has gone on to become a staple for the trip.
Posted by SGKZ at 10:17