In the morning, we drove a bit further along the coast to the town of Amalfi. It seemed unusually busy, with a crowd of people milling around the bottom of the impressive stairs that lead up to the cathedral. We walked up the main road and then stopped for a coffee and some gelato on the way back. By now, the area around the base of the stairs was extremely crowded and it seemed as though something was about to happen, so we stopped to check it out. Before long, a group of men dressed in fancy red outfits came down the stairs holding a big purple umbrella. They were followed by another group dressed in white robes. It turns out that we were in town for the Festival of Sant' Andrea, which celebrates the feast day of the patron saint of Amalfi (apparently some of his relics arrived in the town during the 13th century). 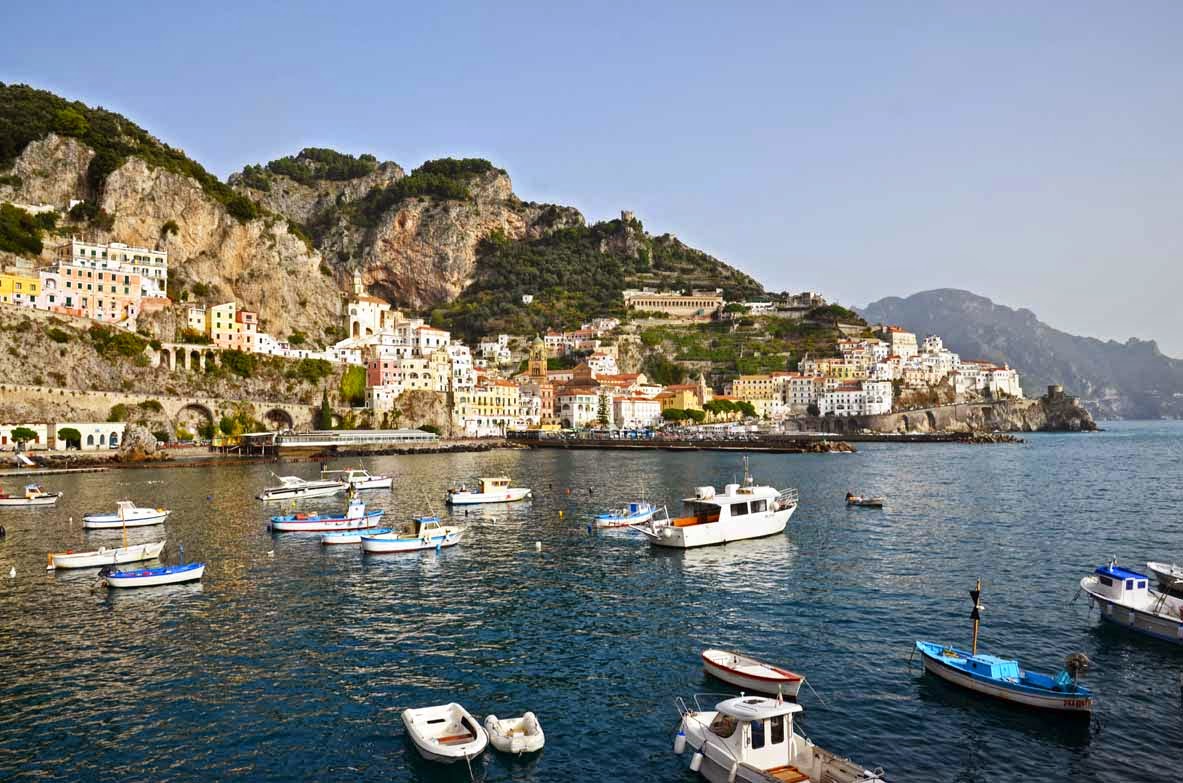 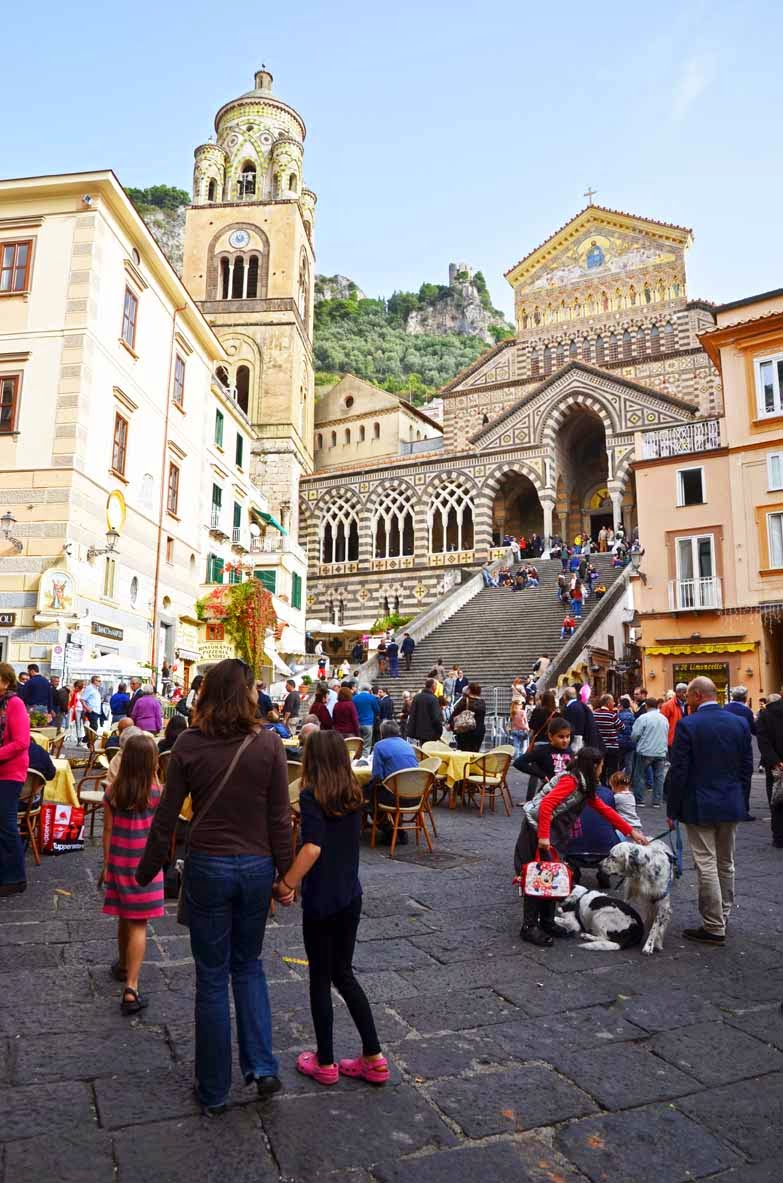 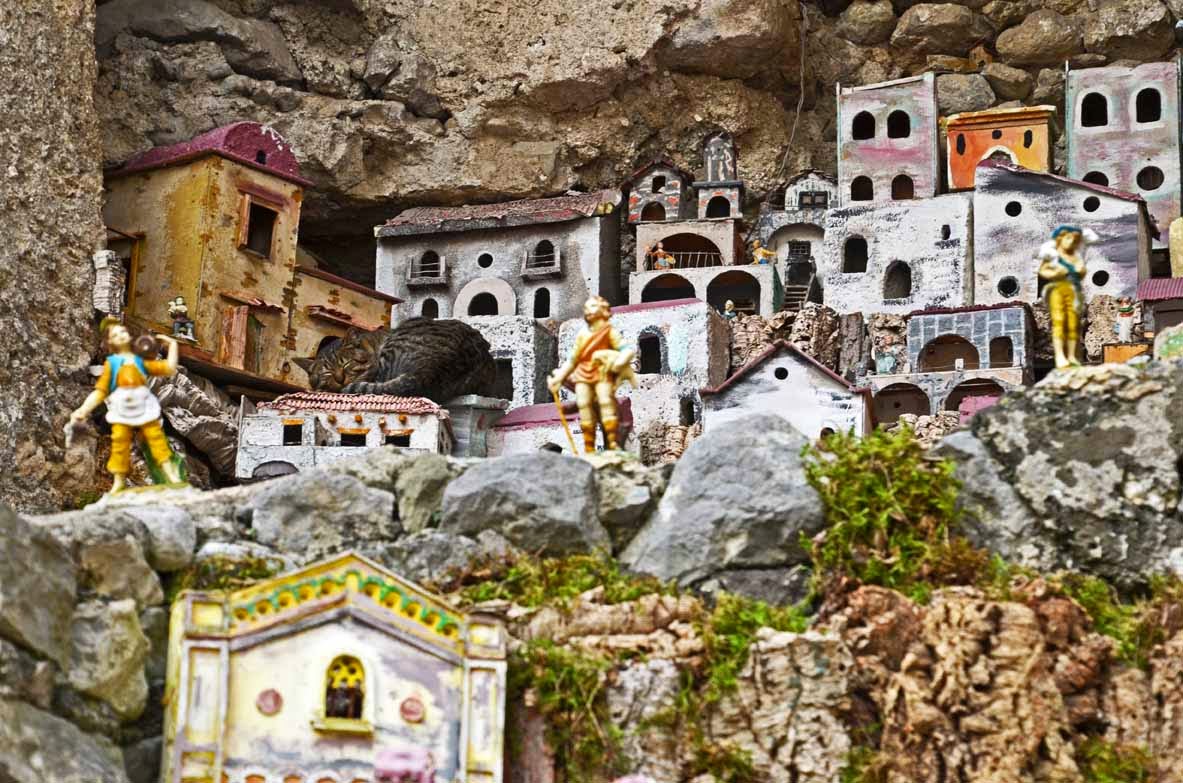 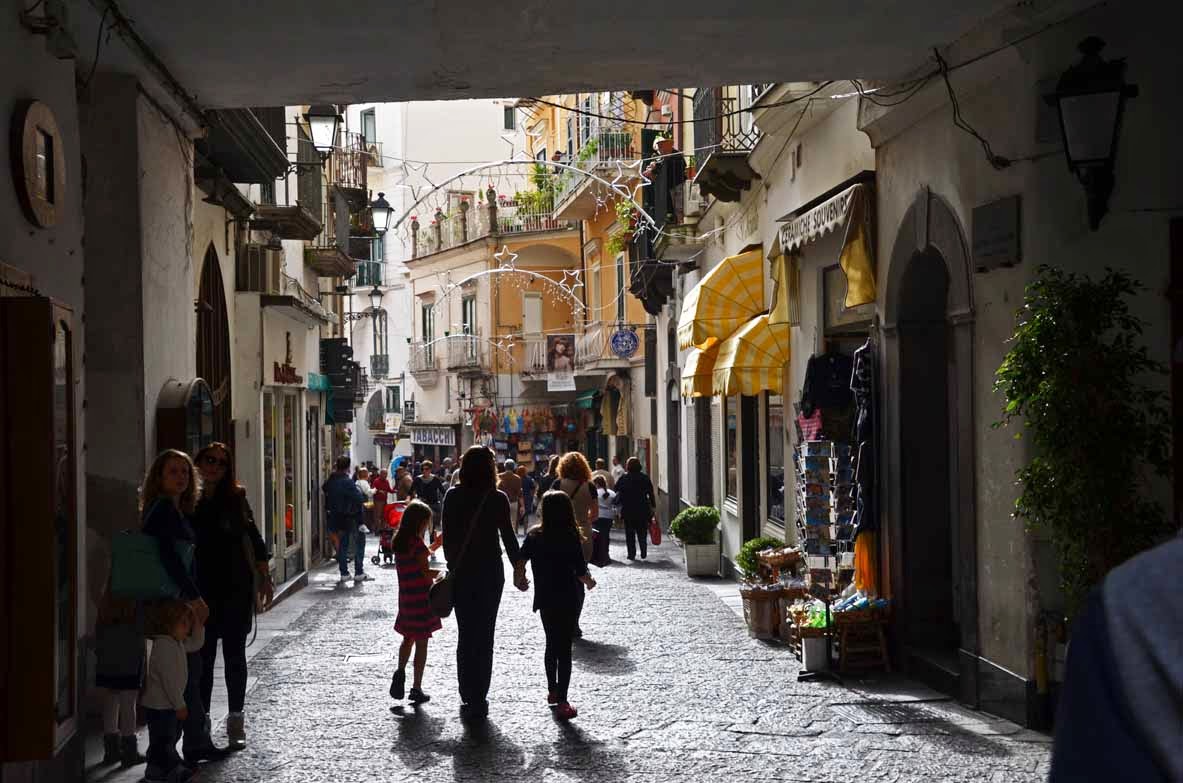 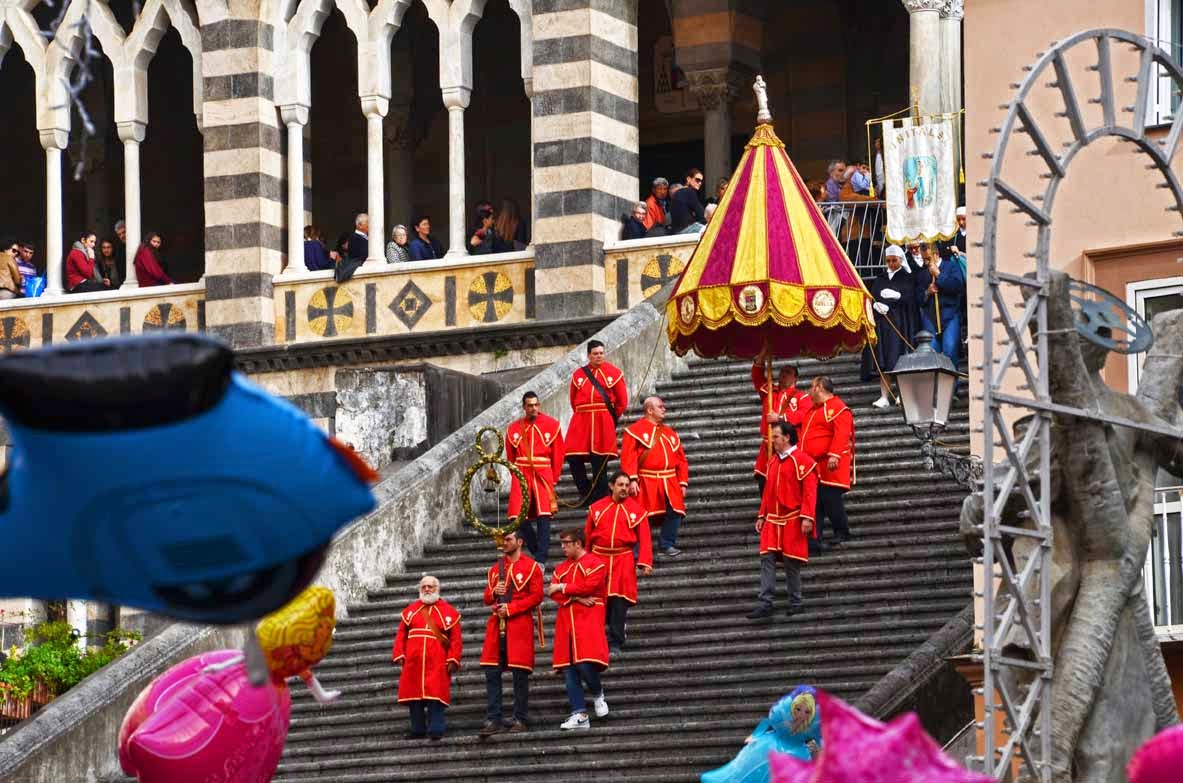 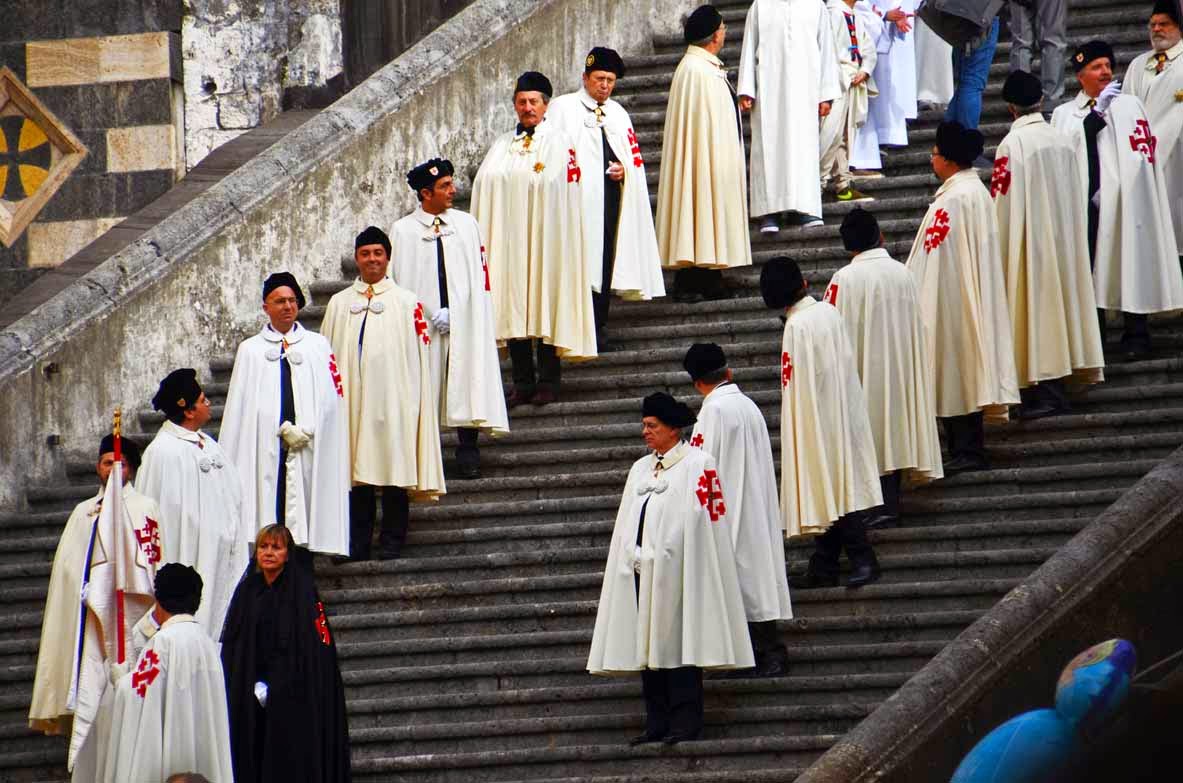 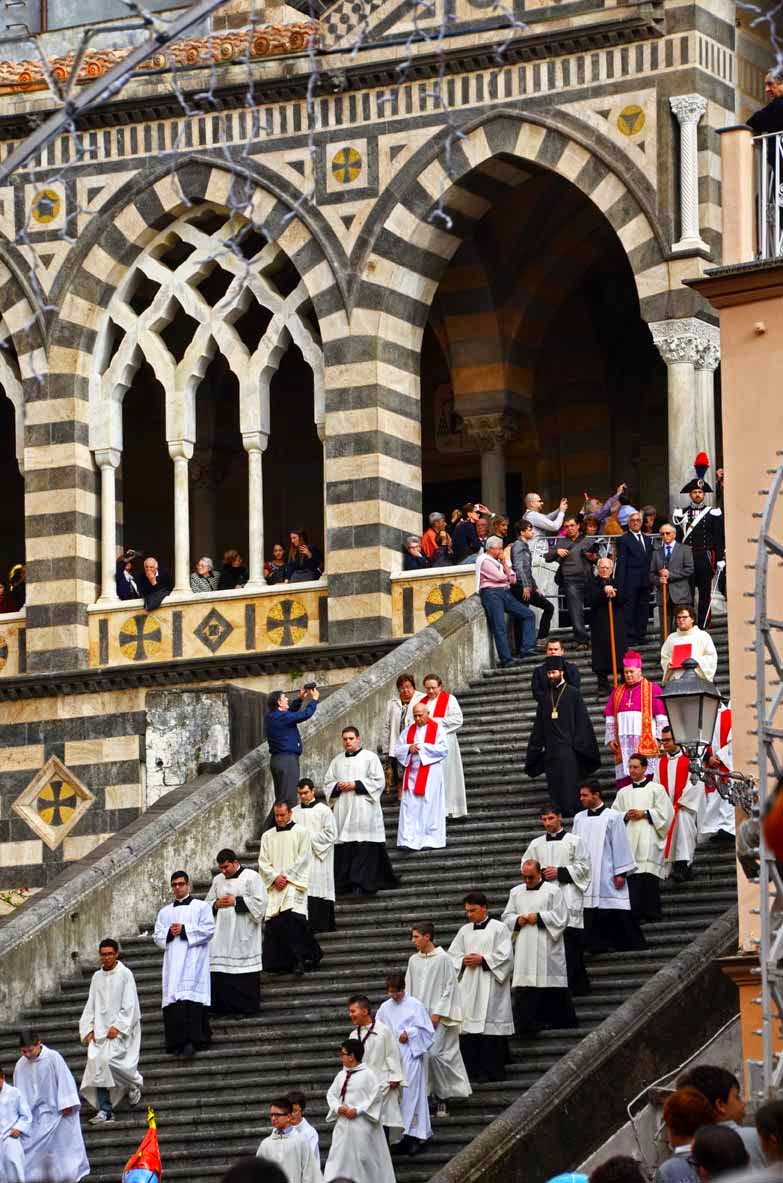 Next we drove up into the hills to the town of Ravello, which was significantly less crowded. We had a bit of a wander – coming across the continuation of the path that we had taken the previous evening. We then stopped at a little cafe, miraculously coming across an Italian cafe that made bad coffee (thankfully I had opted to have a beer). 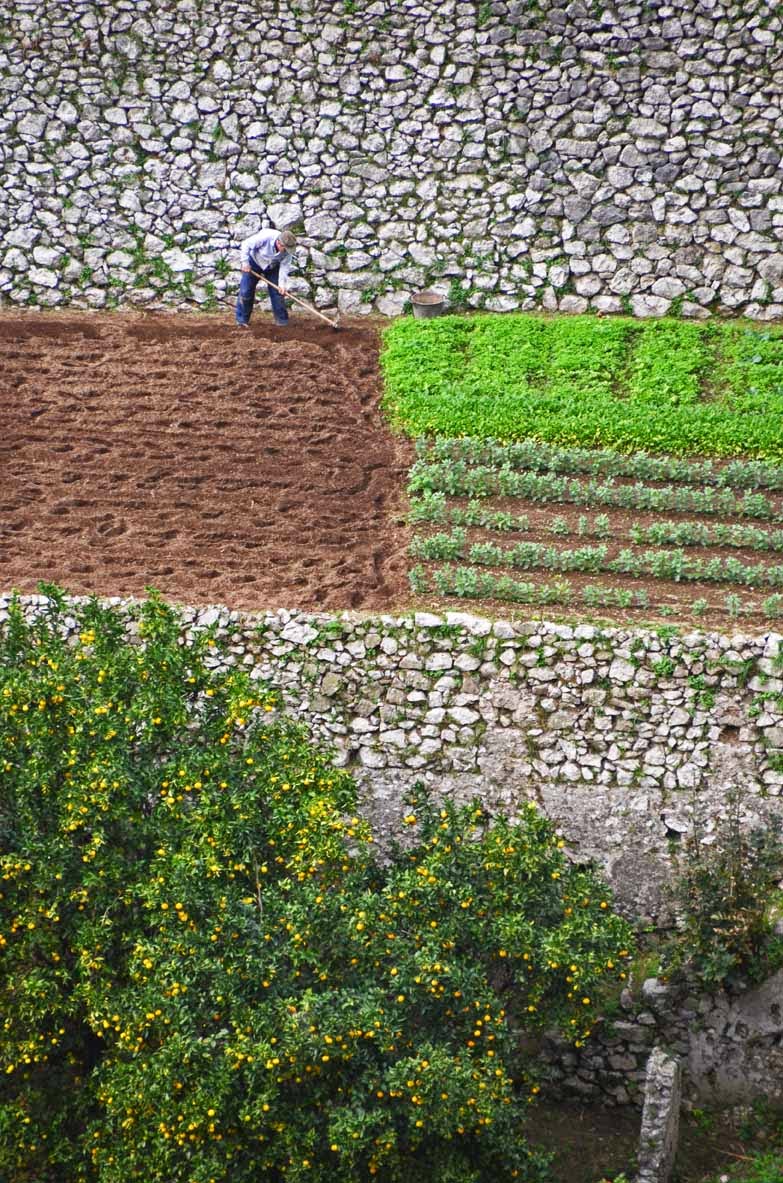 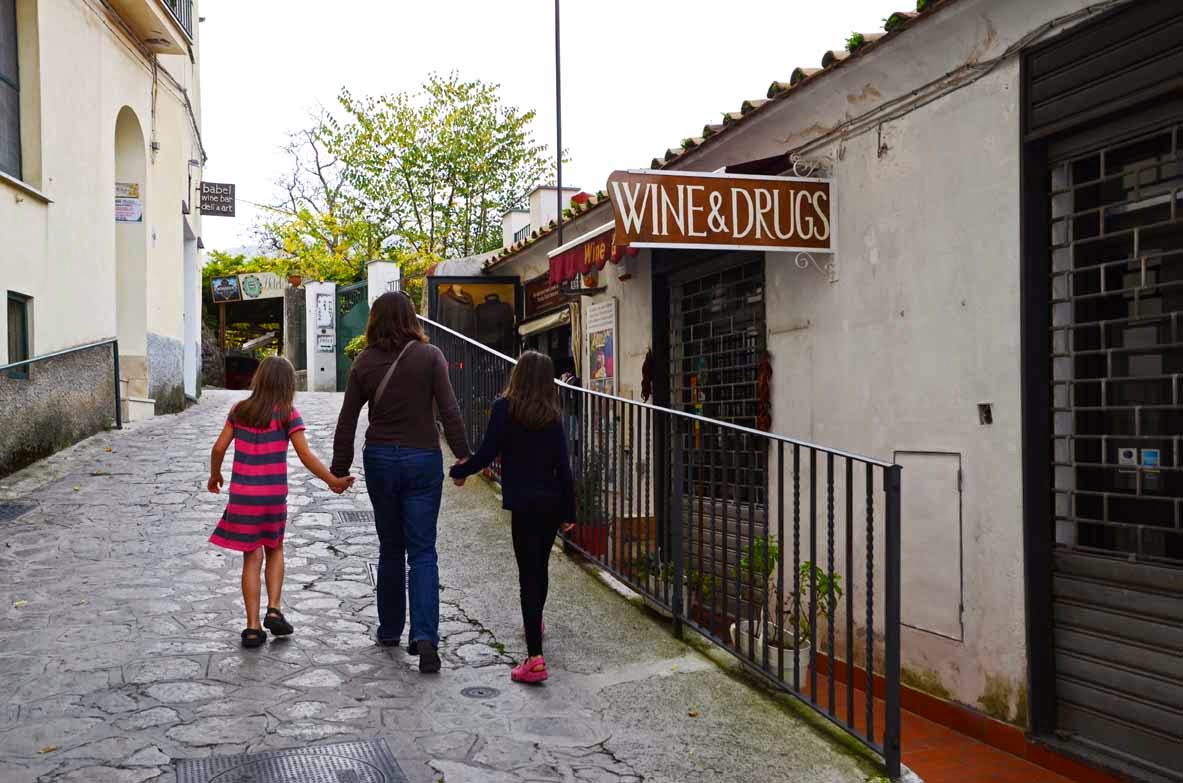 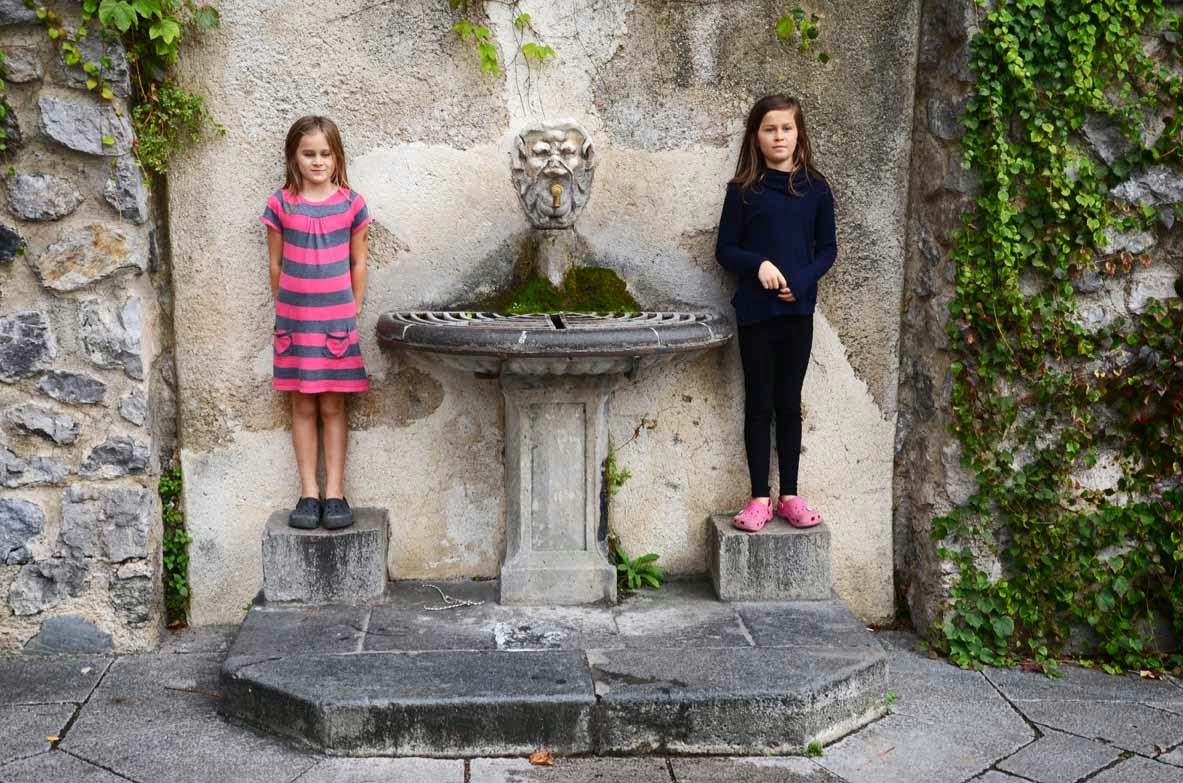 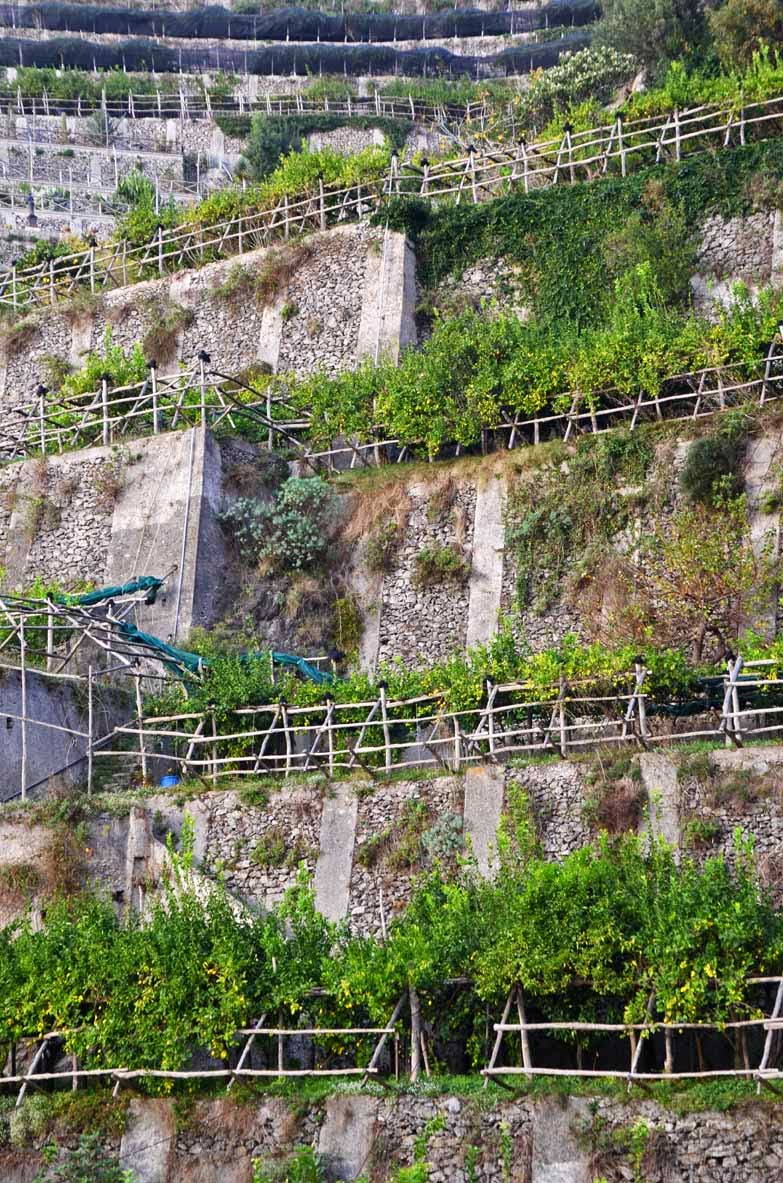 We then tried to get a bit further along the coast, but the road was closed, so we drove back to Maiori. Kate and the girls went to a park on the seafront, where Sarah quickly accumulated a little posse of friends thanks to her gymnastics skills. 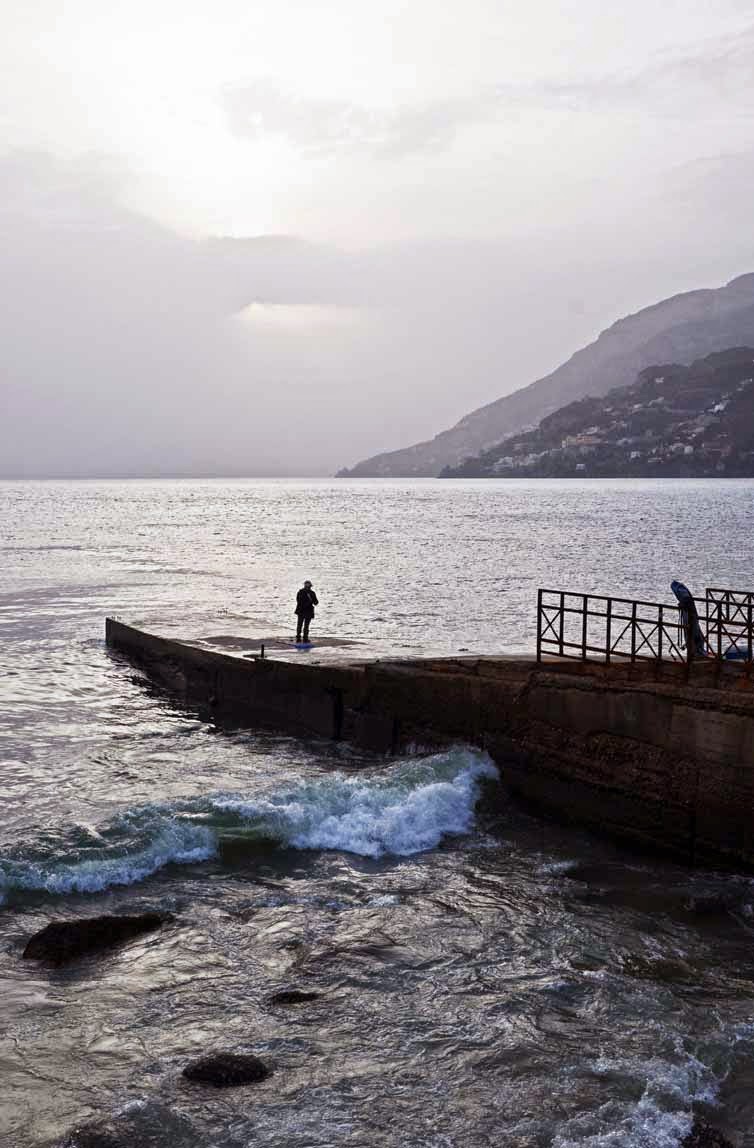 After dinner, we walked along the waterfront, stopping to admire a firework display taking place in Amalfi. 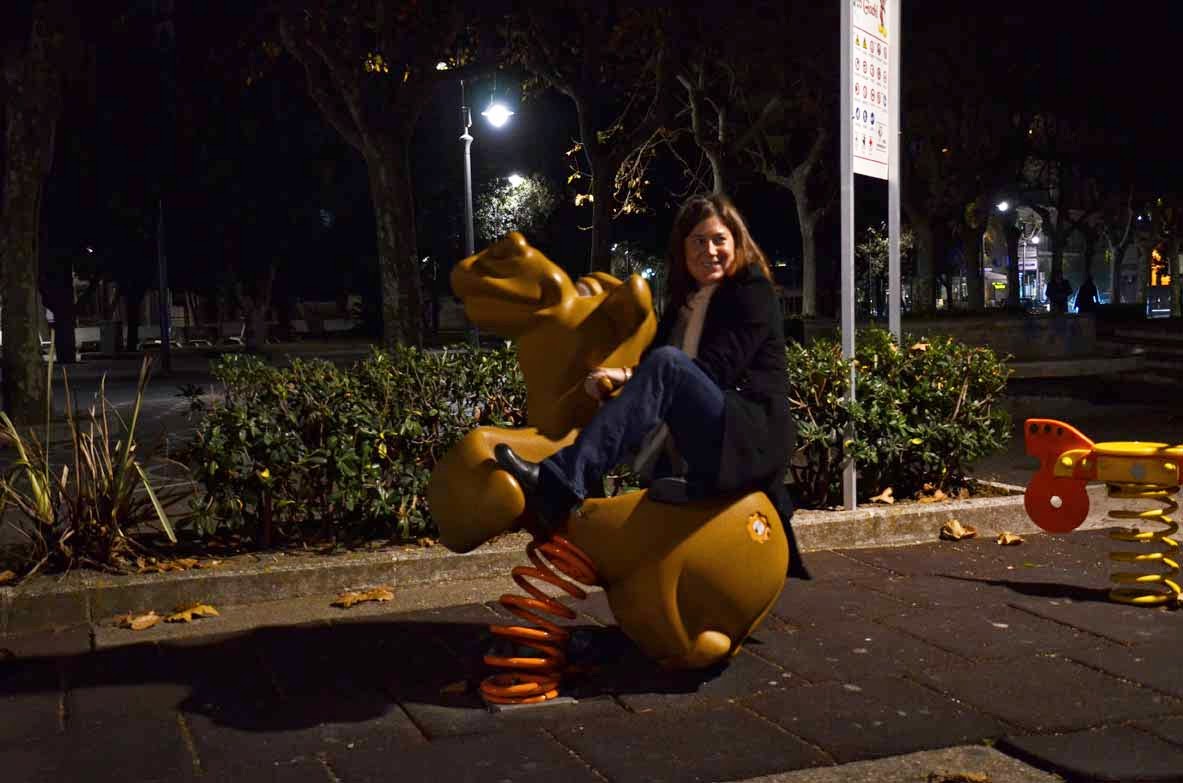