It was a bright, sunny day today, which, you may have noticed by now, was the cue for us to go for a big walk. The snowshoe trail is actually two loops, one n top of the other like a flattened figure of eight, and today we headed off on a different branch to see where it took us. After walking through some lovely forest, we dropped downhill and came out into fields dotted with farmhouses. I don't think we really intended to walk the whole loop, but as we didn't really feel like turning around and retracing our steps up the hill, we just kept on walking. 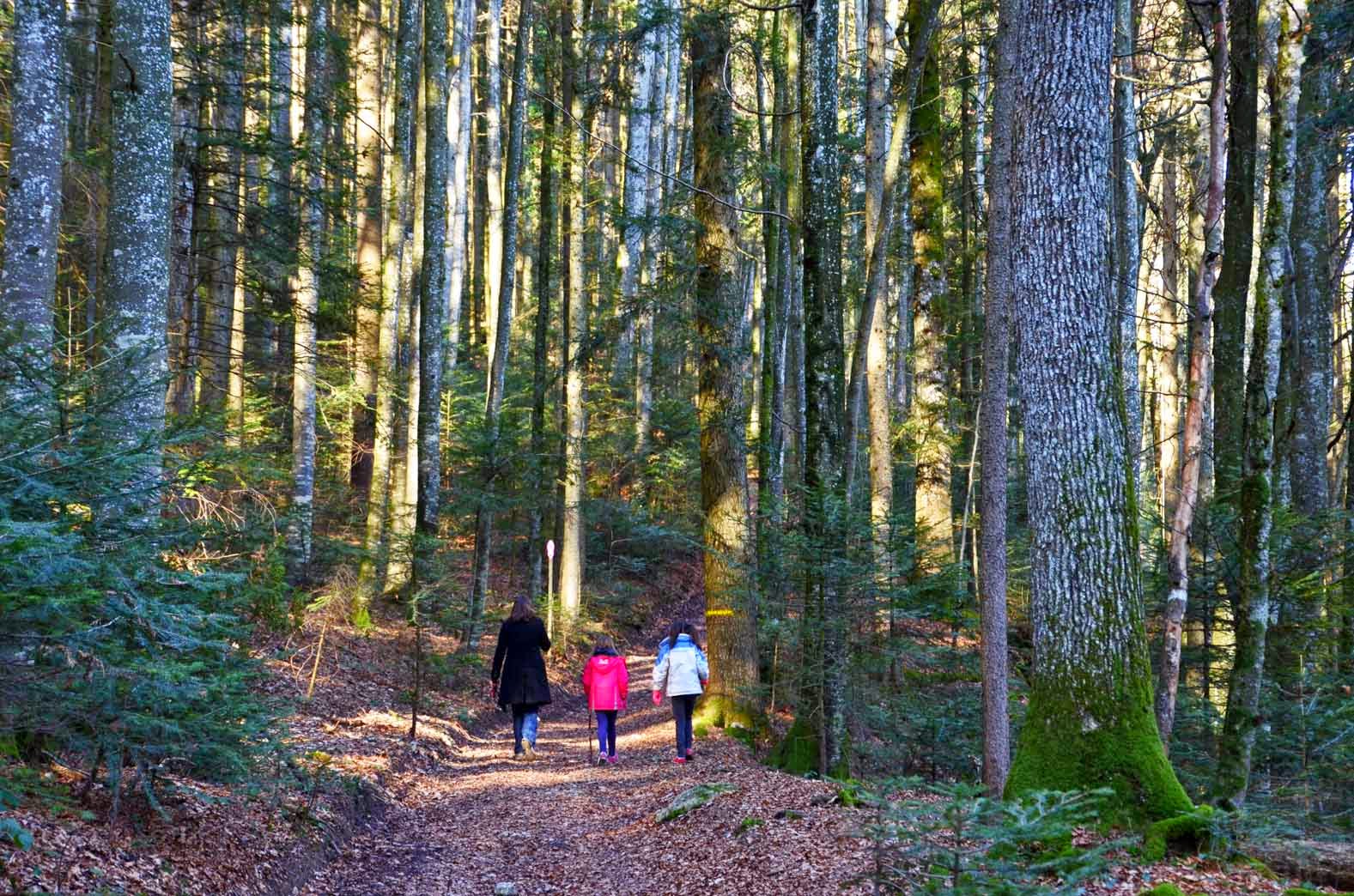 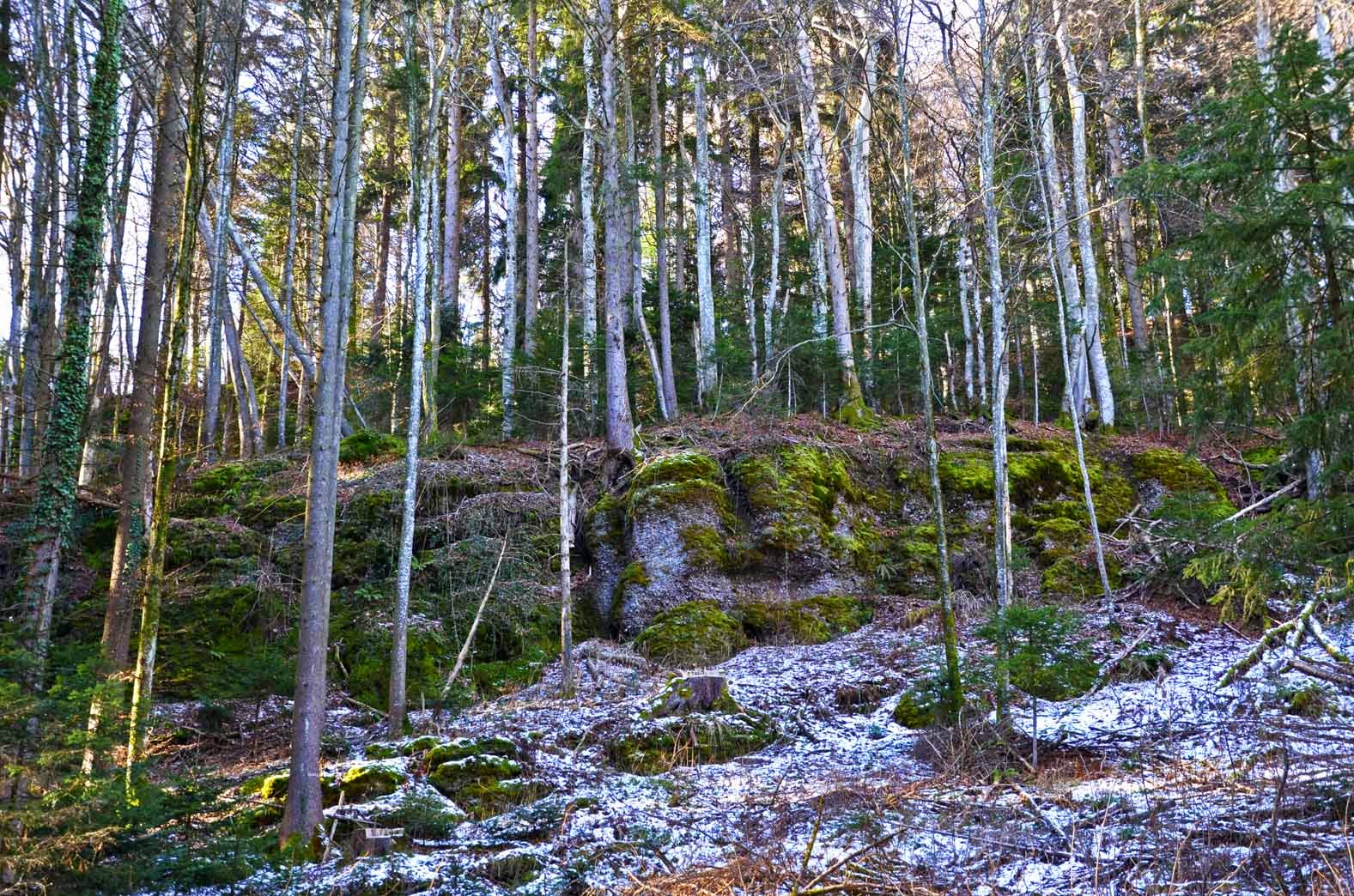 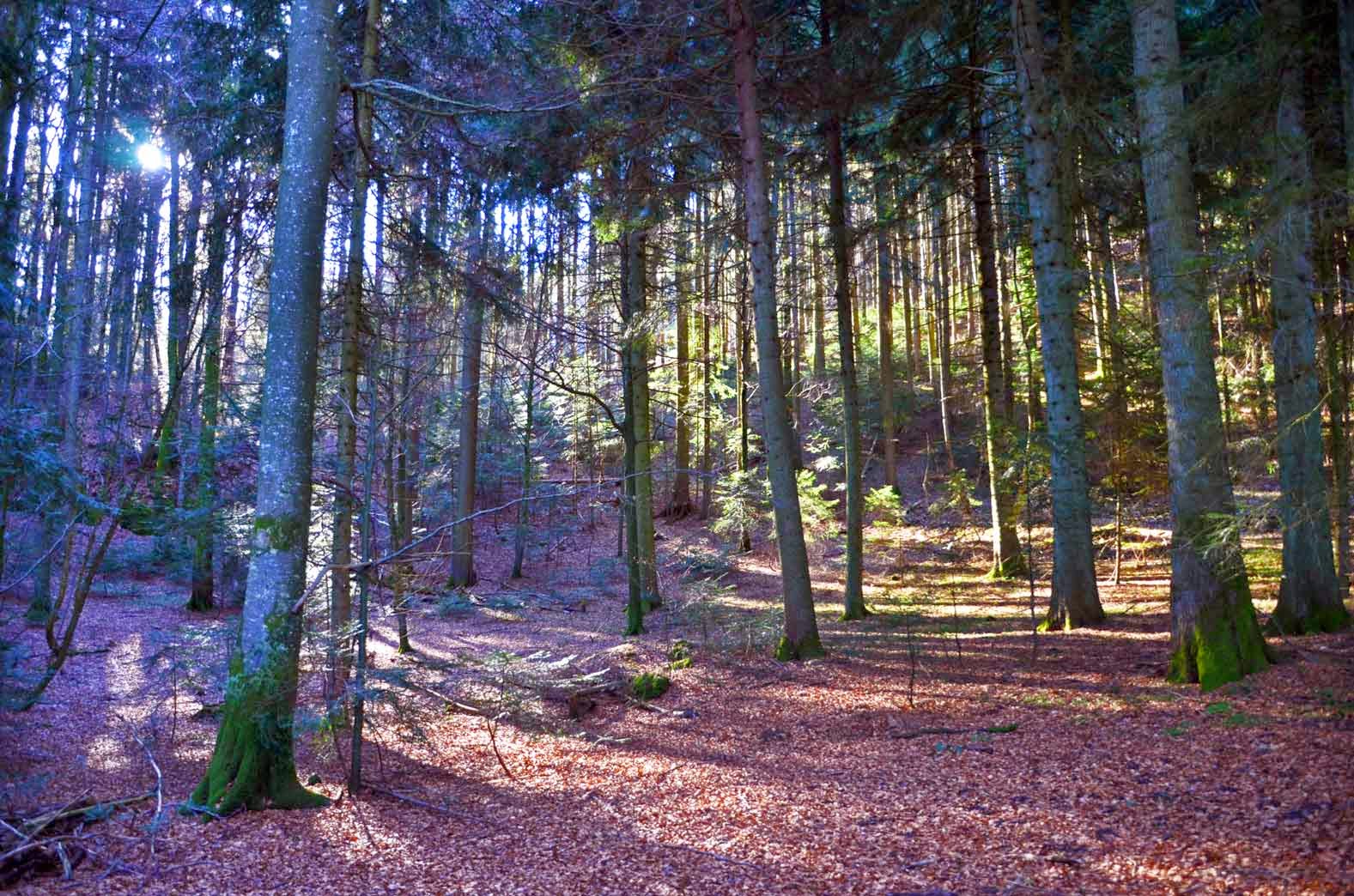 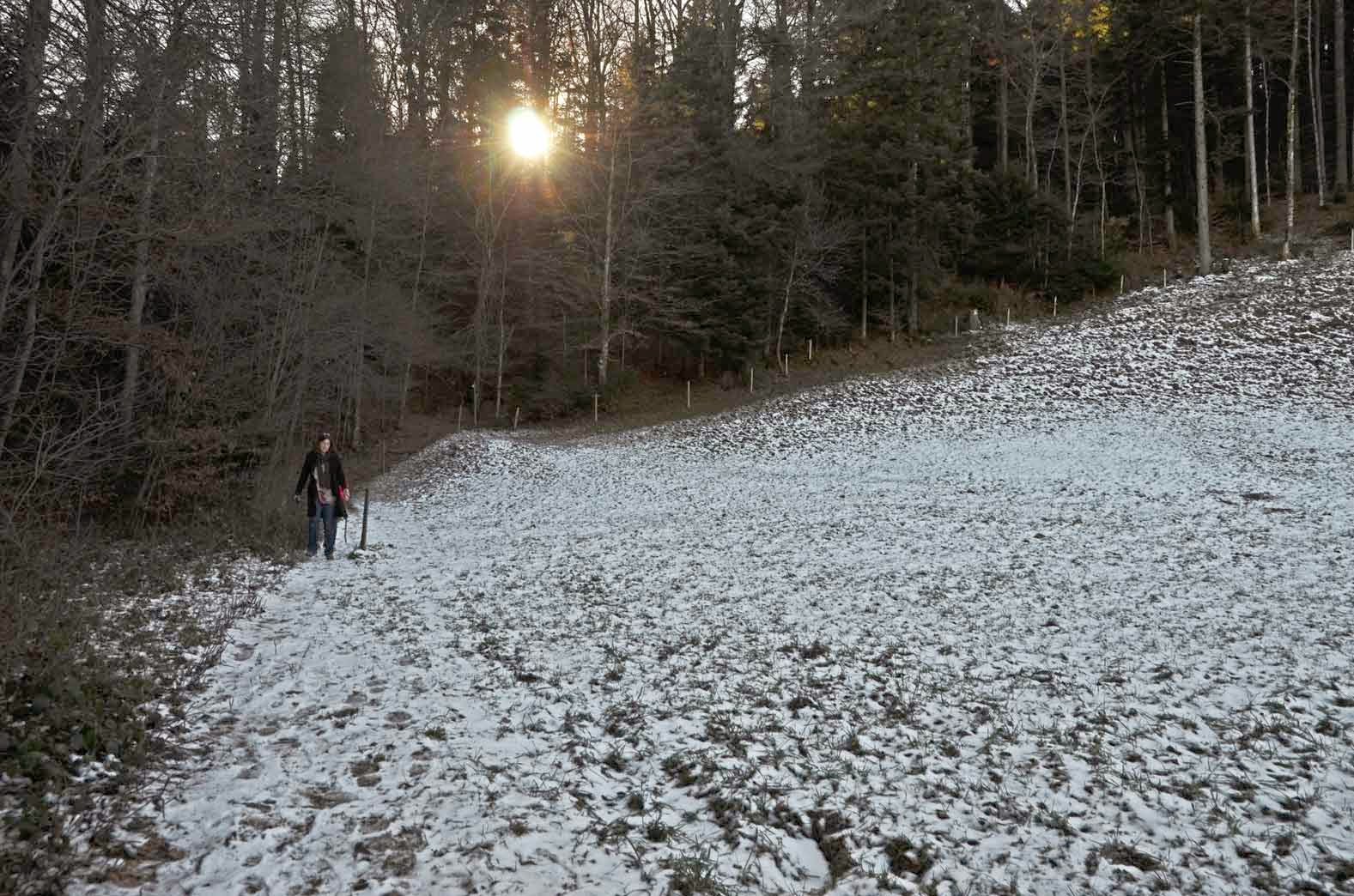 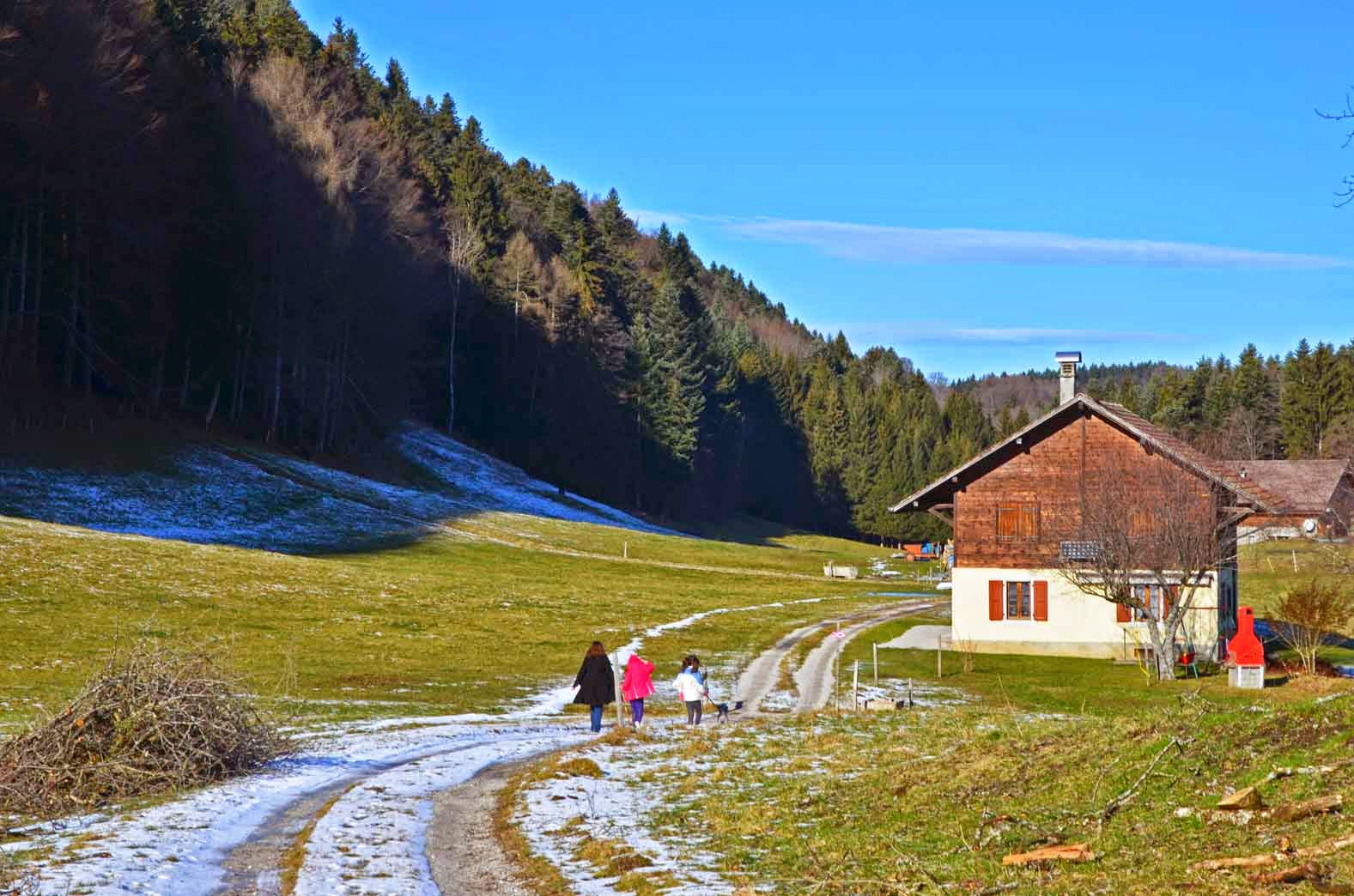 With the sun out, we all started to get quite warm and began shedding layers as the trail started to take us uphill again. However, we've had a little bit of snow over the past few days and it has been cold enough for some of it to stick around in the shady areas, and before long we were putting the layers back on again as we crunched over some of that snow. 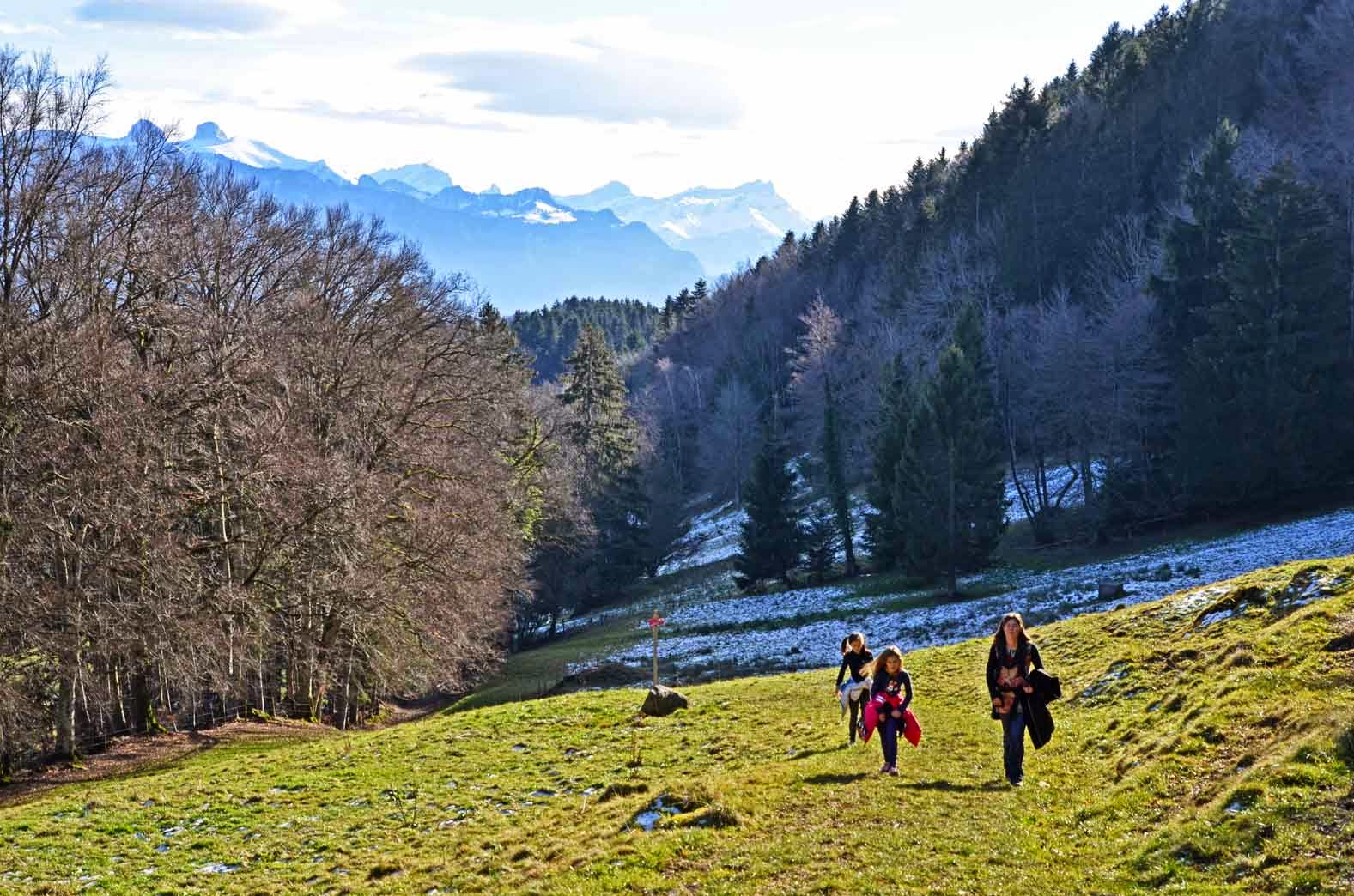 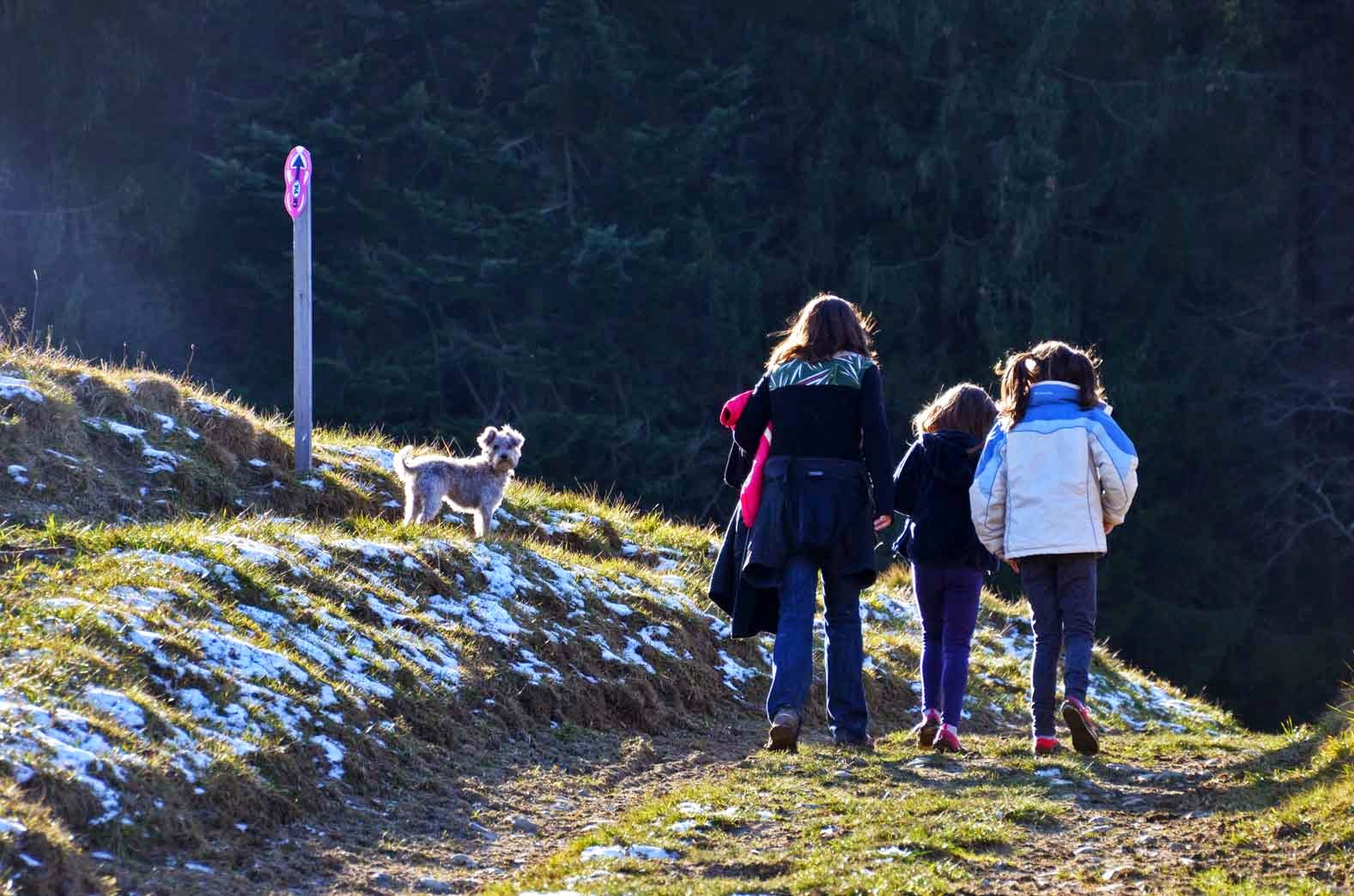 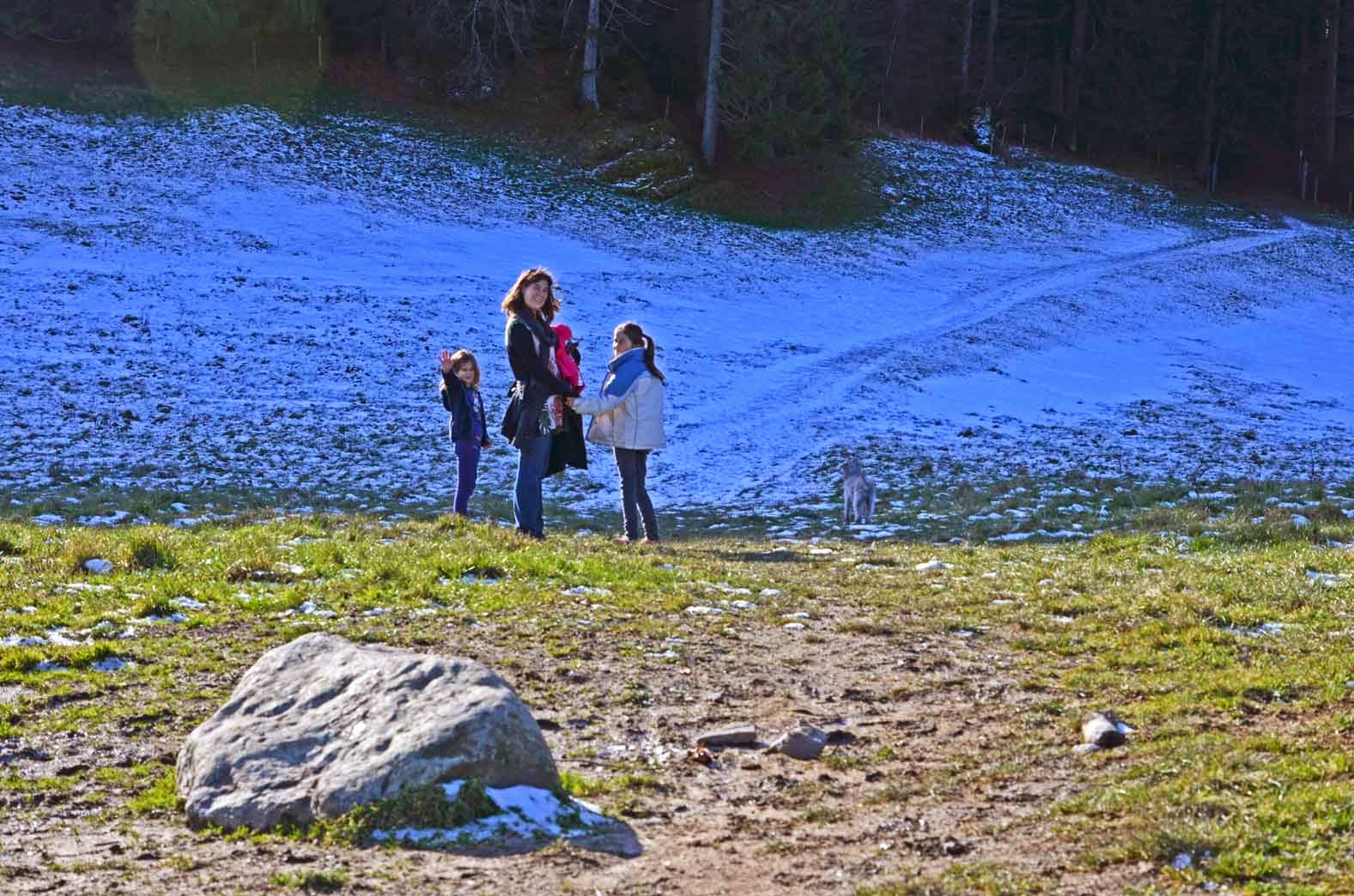 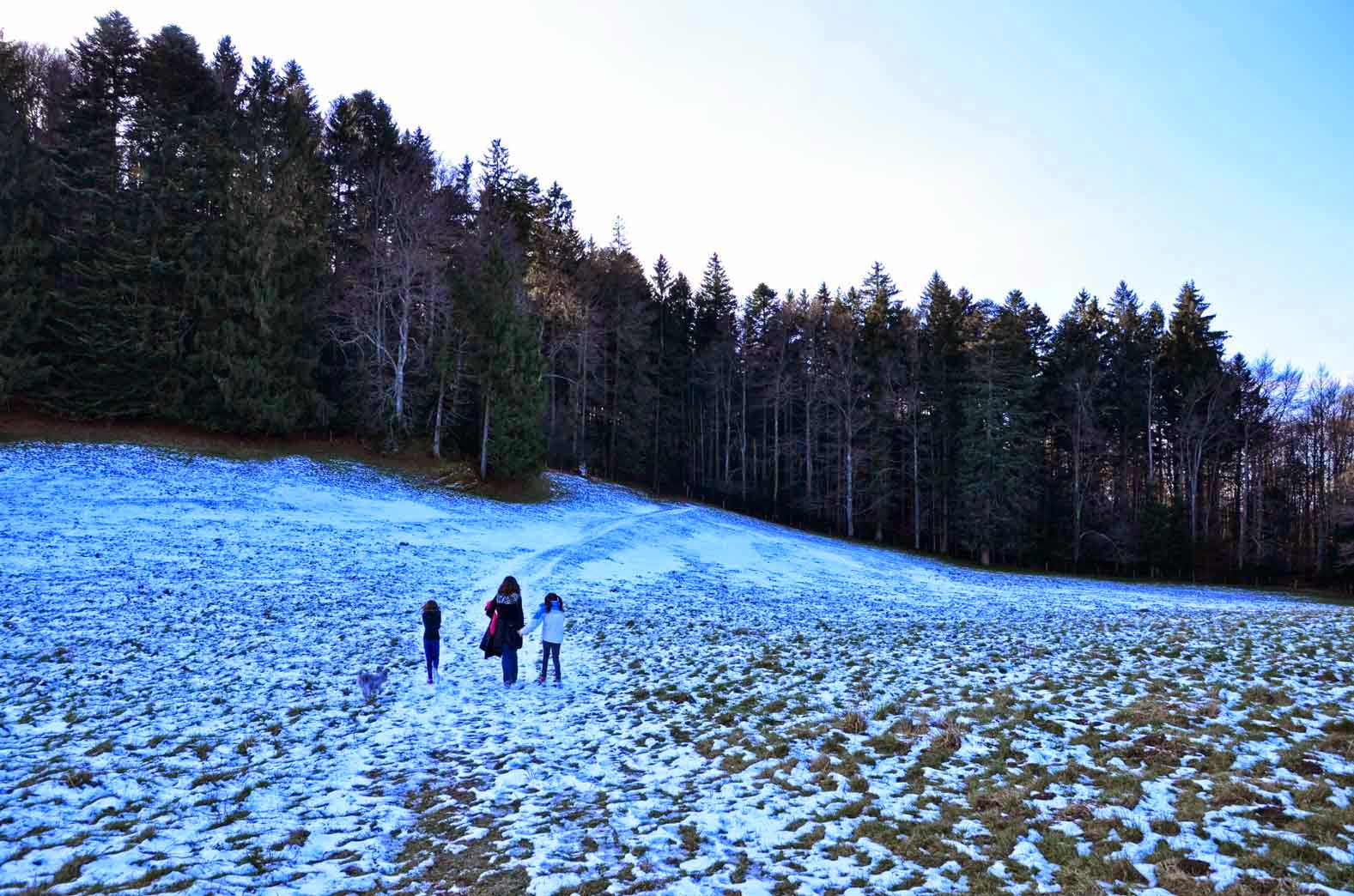 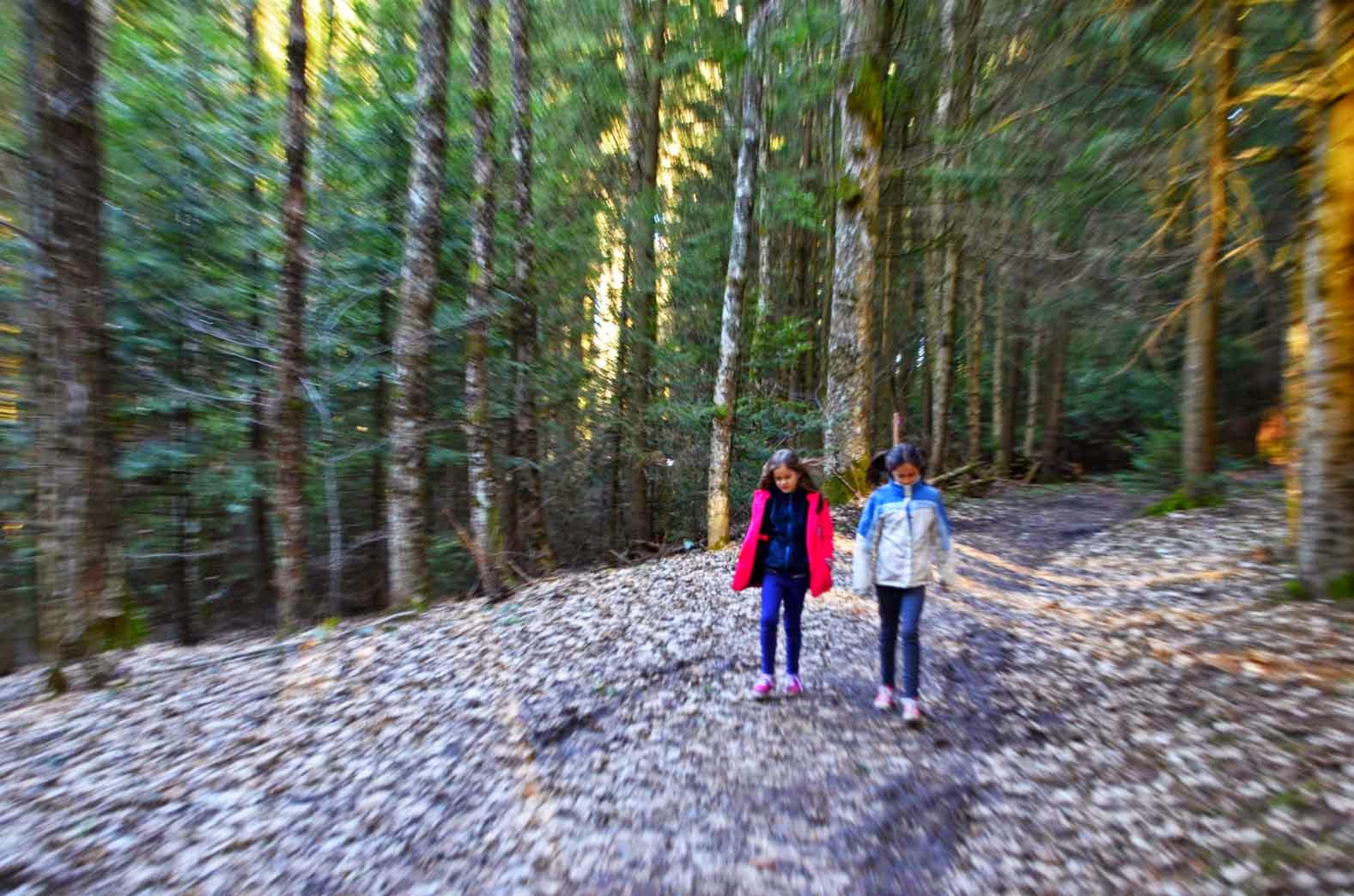 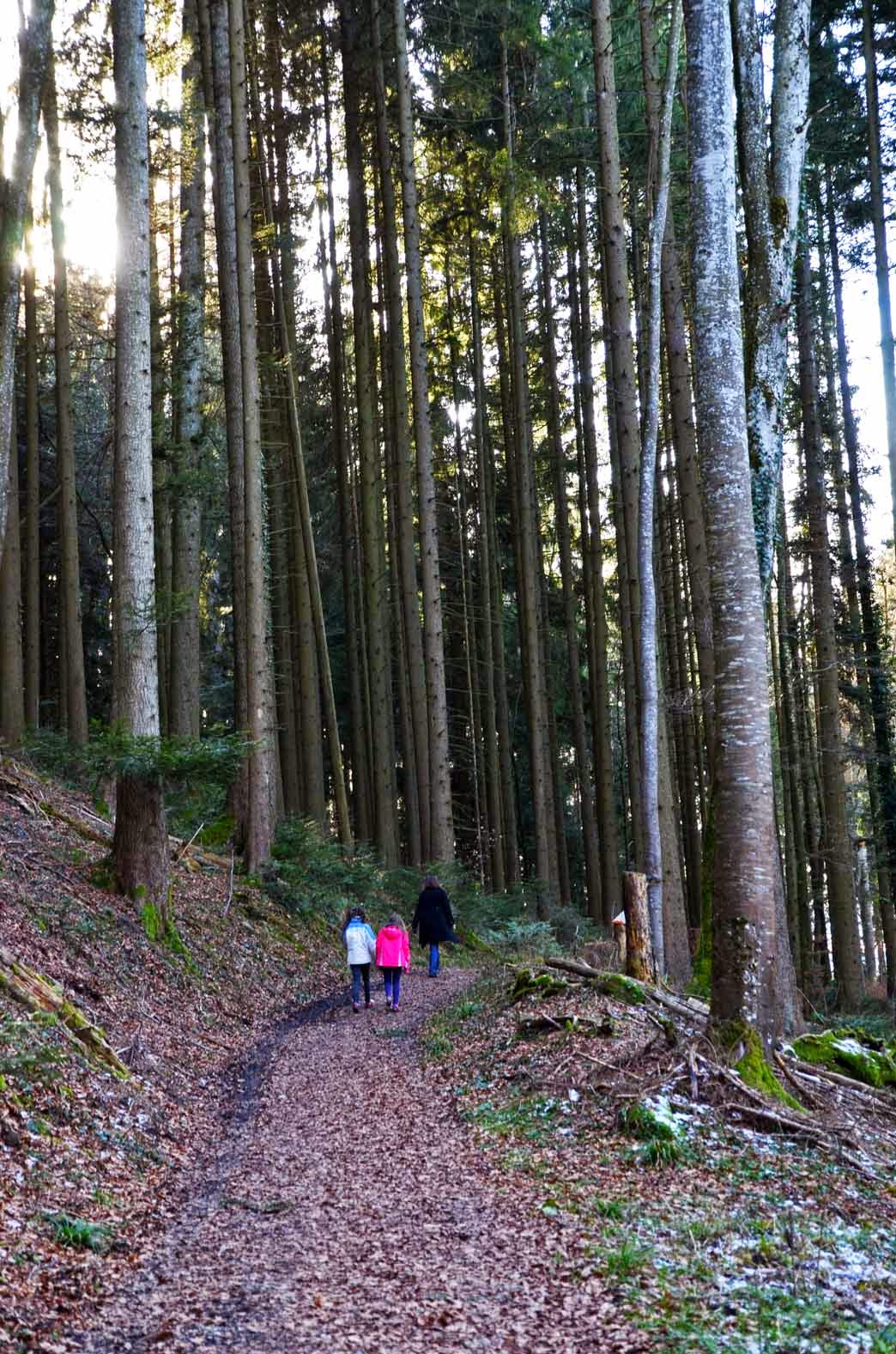 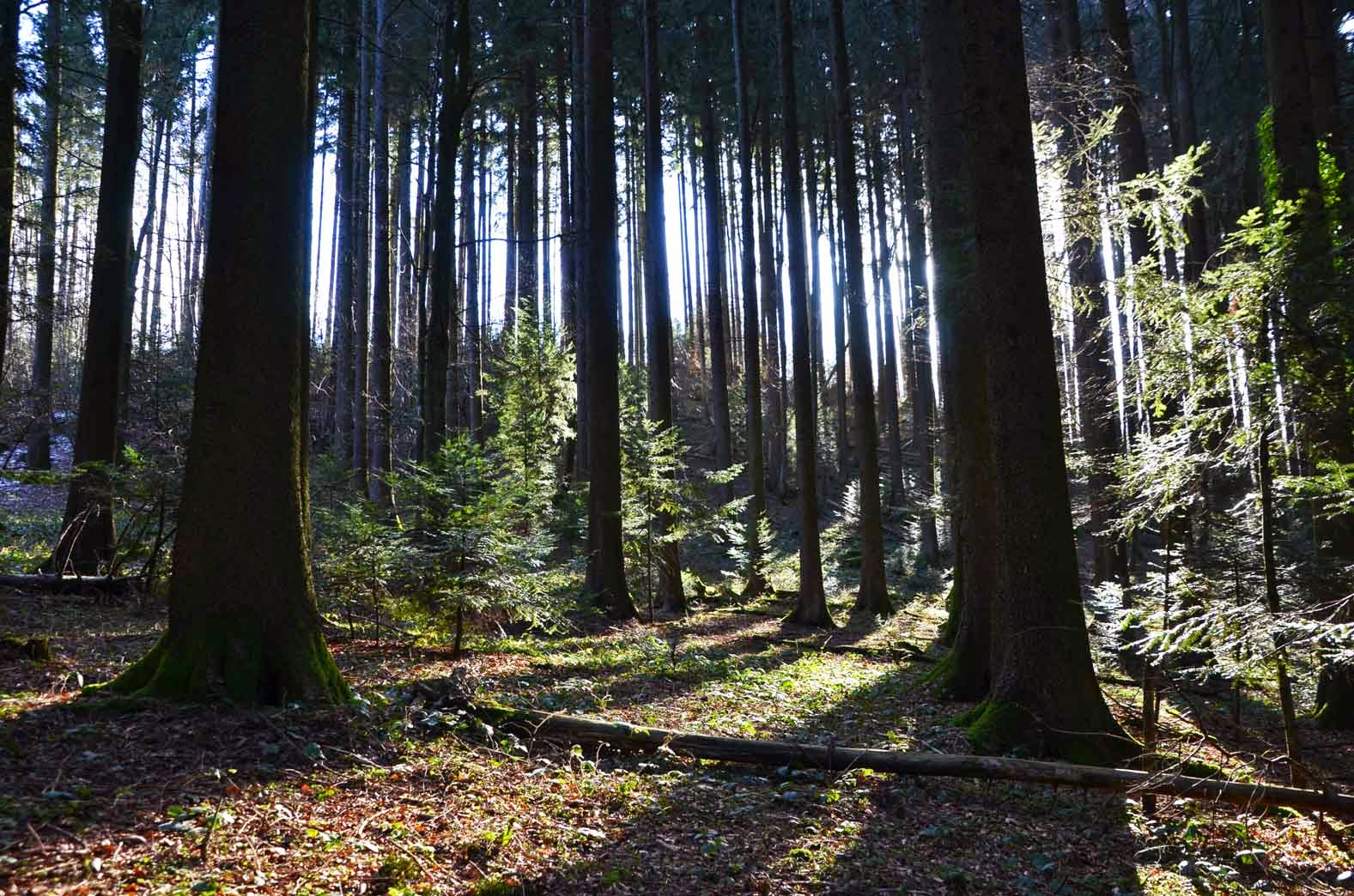 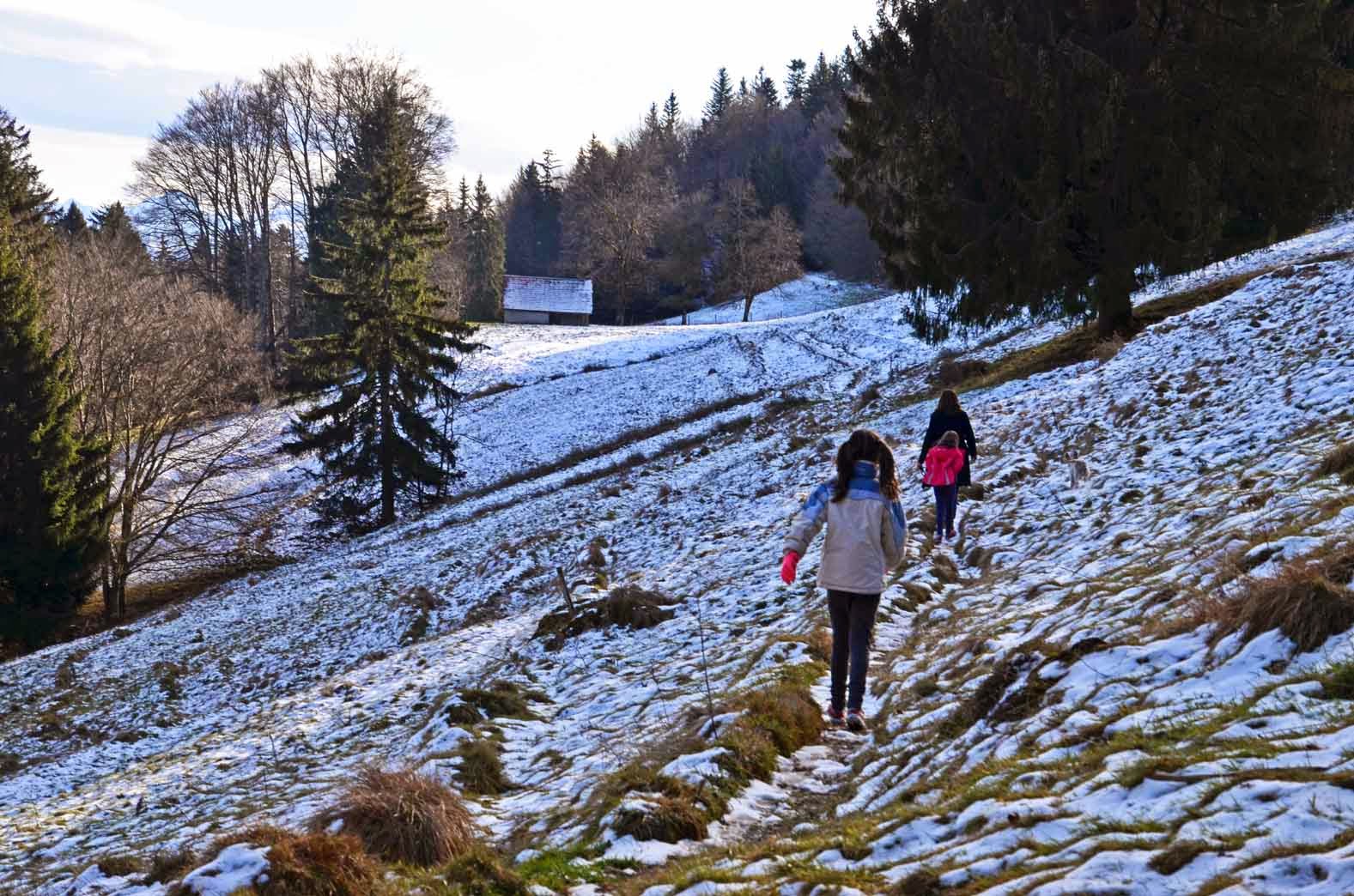 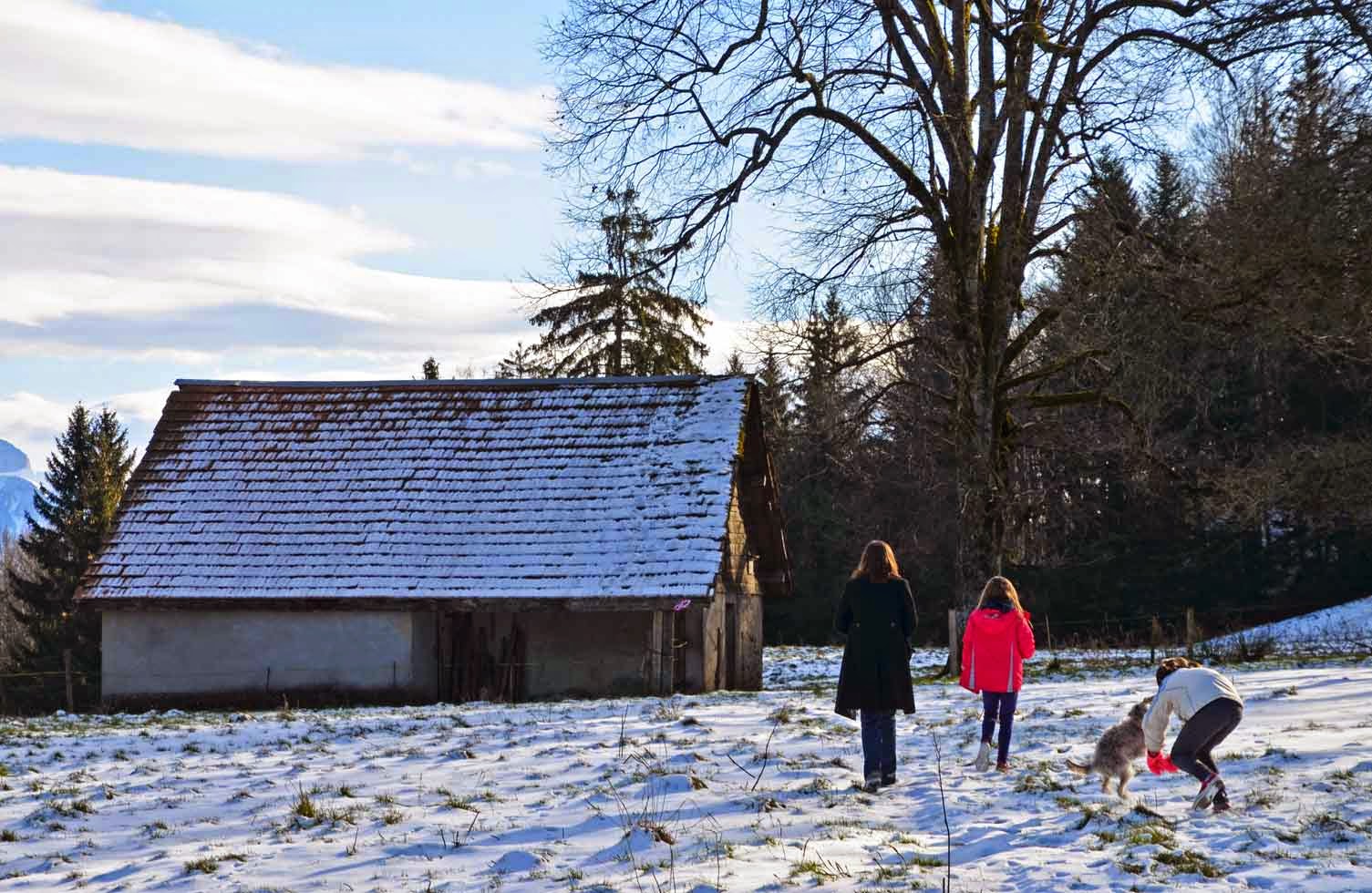 Eventually we came to a bit of the trail that we recognised and before too much longer we were back home – about three hours after we set out. We had clearly worn Bella out as she spent most of the rest of the day crashed out on the couch.
Posted by SGKZ at 14:55