Today was New Year's Eve, but we kept everything pretty low-key. We drove down to Vevey in the morning to do some shopping and took the dog for a walk in the afternoon. Before dinner, as a gesture towards celebration, we opened our last bottle of 2002 Berry Bros Grand Cru Champagne (which we had been carrying around since we left the UK).

As the new year approached, one of the neighbours let off a bunch of fireworks in their backyard and then Kate went to sleep. At midnight, the fireworks in Le Mont-Pèlerin kicked off – pretty much directly below us. I equivocated for some time about whether to actually go outside into the snow and sub-zero temperatures to watch them and eventually gave in to temptation – totally inappropriately dressed, but loving the fact that I was right at firework height. 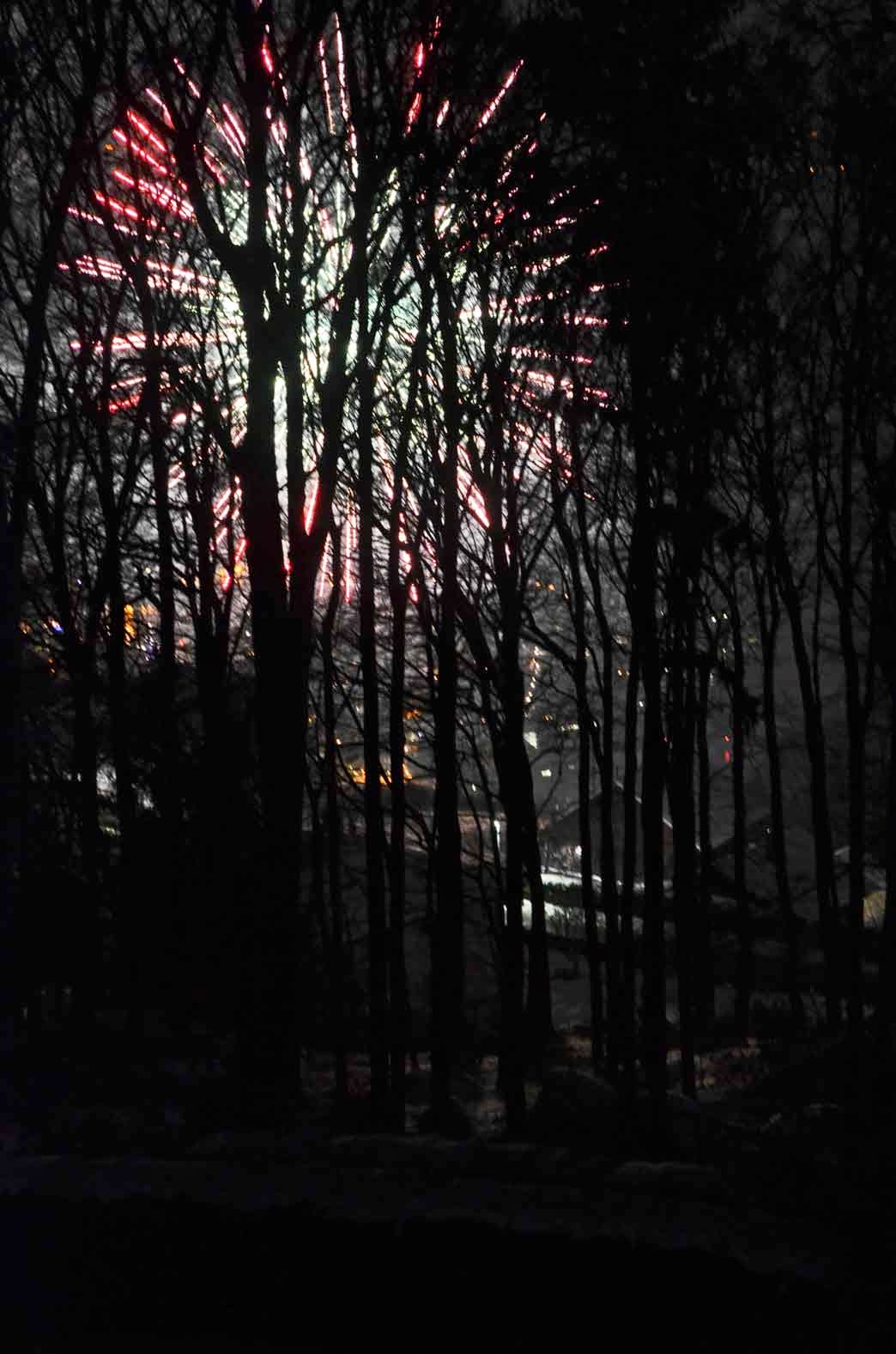 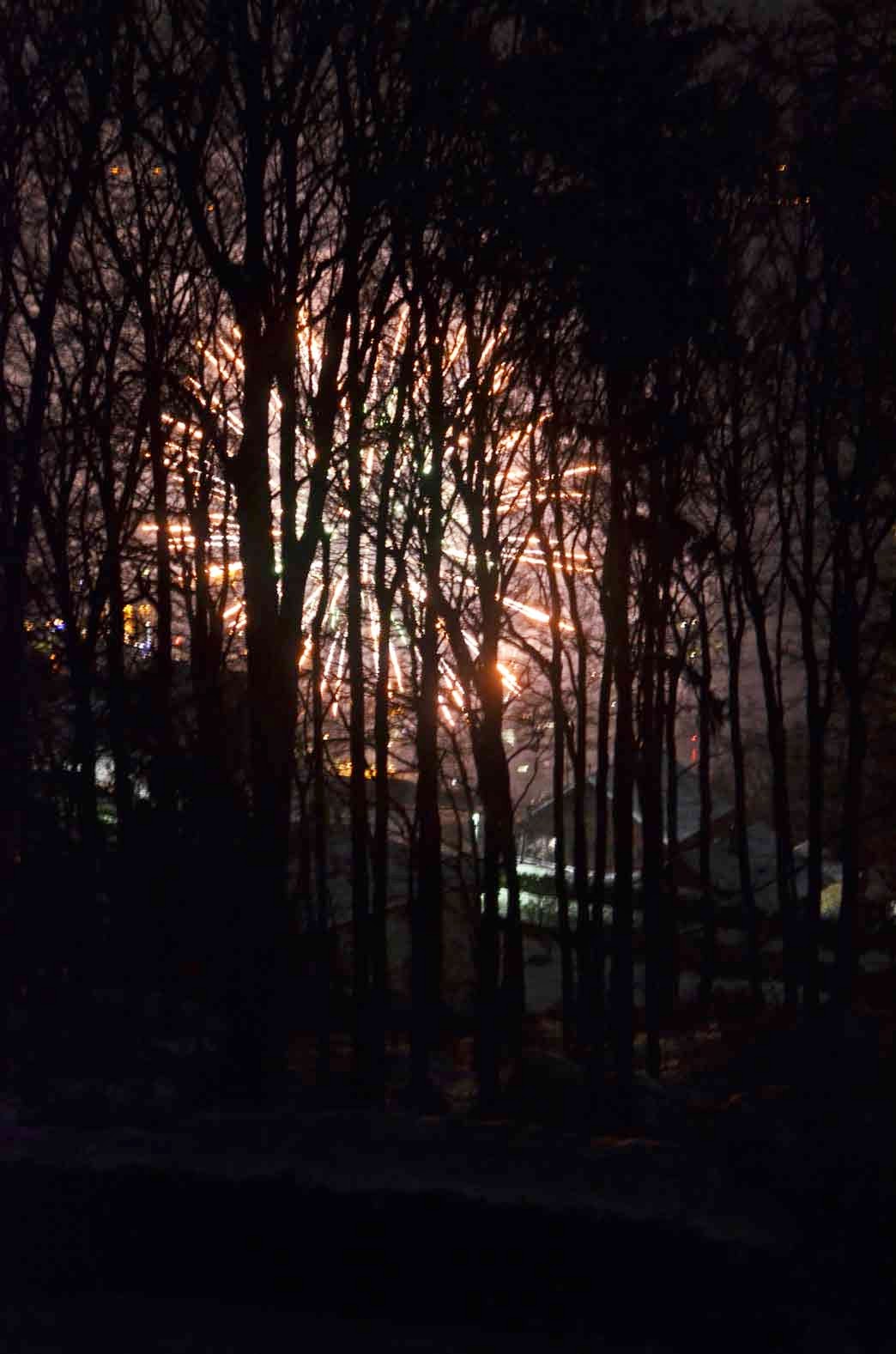