This crisp, sub-zero morning we were up and out by 6.30am, making the mercifully short walk to the train station, where our carriage awaited. Most of the train was Russian, but our carriage was Mongolian, and proved to be spotless. It was looked after by two Mongolian women who cleaned it tirelessly, almost pathologically. As we settled in, we couldn't help noticing that for the first time, we were sharing our carriage with a significant number of non-locals, including a Brit, two Uruguayans and at least four Germans. 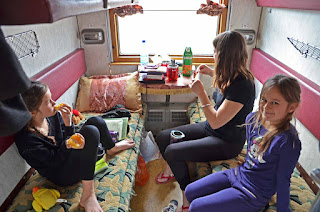 We eventually got to talking to them, and of course, they all had some interesting stories to tell. One German woman was on her way to Kathmandu to grant her sister her dying wish and scatter her ashes into one of Nepal's holy rivers. This wasn't long after the terrible earthquake had struck the country, but she was clearly very determined and wasn't going to let a devastating natural disaster get in her way. Evidence of that determination could also be found in the fact that because German law prohibits the possession of human remains of any sort, she had bribed someone at the crematorium to get the ashes.

After the rather monotonous pine and birch of the previous trans-Siberian legs, we now entered a region of more interesting scenery, passing some very picturesque hills and an enormous lake, all of it livened up by a series of snow flurries of varying strength. We even managed to spot some wildlife, including a fox and some pretty cranes. 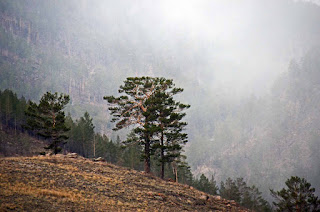 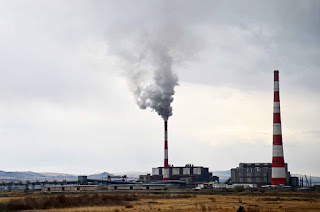 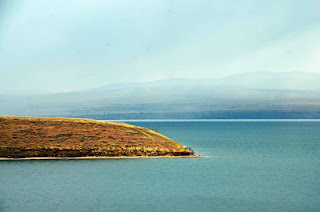 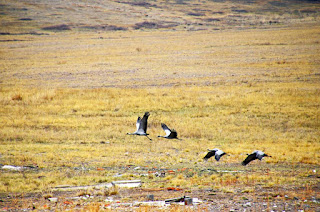 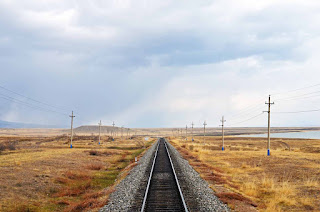 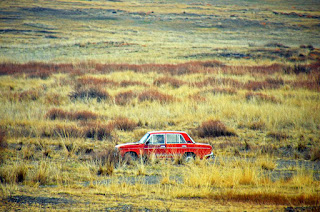 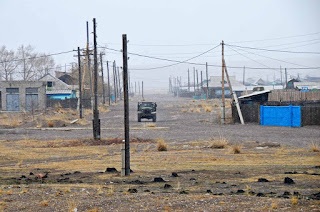 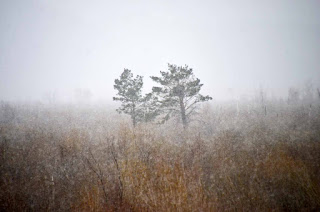 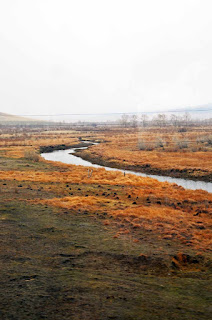 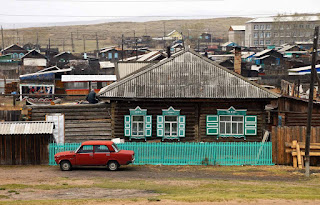 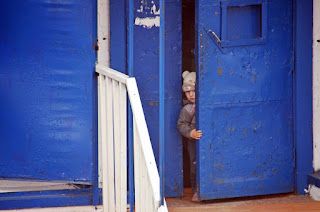 In the afternoon, we reached the Russian frontier, where the train stopped at a station so we could undergo the border-crossing formalities. Like the other passengers, we got out and walked around on the platform, but it was pretty cold, so we were soon back on the train, just in time for it to fire up and pull away from the platform. We were very glad we were on board, as Kate would have been having conniptions as she watched the train motoring off, but of course, we were only changing lines so that we could get rid of the Russian carriages, which appeared to be heading back the other way, and gaining another Mongolian one, and we were soon back beside the platform. 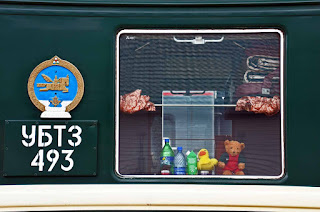 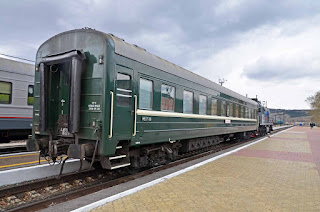 Because the train was stopped in the station, the onboard toilets were locked, so we had to use a pay toilet on the platform. To kill some time, I walked out of the station and up the road, where there was a very sparsely stocked shop. The plan was to spend the last of our roubles, but there was so little on offer that all I could manage to buy was a couple of ice creams for the girls.

While we waited at the station, a series of Russian officials and military types boarded the train, each one demanding to see our passports. These included a soldier with a big Alsatian and a guy who went through our bags and checked all of the various hatches, nooks and crannies in the carriage for I'm not sure what. Eventually, a border guard straight from central casting – a slim, stern, severe, yet attractive young woman, crisp of uniform, rigid of bearing – arrived at the doorway of our cabin and asked for our passports. This, finally, was the real deal – she removed the oh-so-very-important slip of paper that was sitting loose in each of our passports, scanned the identity pages with a nifty hand-held electronic device and then, one by one, stamped them and handed them back. We were free to leave!

However, the same wasn't true for everyone on board. As we all stood/sat/lay around waiting for the train to leave, a ripple of excitement passed through the carriage – one of the Uruguayans had been marched off the train by the Russian border guards. He had overstayed his visa by a couple of days, a possibility that had had Kate sweating since before we even reached Russia. The news of course ignited a round of fevered speculation as to what was now happening to him and what would happen to his luggage, which was still on board, but in the end he re-appeared just before the train left. Almost disappointingly, the guards had been incredibly polite and had fined him a token amount, with the formalities all carried out in great haste in order to ensure that he made it back on board in time.

Not long after, we crossed the pleasingly fortified border into Mongolia and soon the train was pulling to a stop adjacent to an army post. A number of young armed soldiers stationed themselves beside the train as we waited for the officials to arrive, but not long after, we were on the move again. As we pulled away, the soldiers solemnly saluted us, and when the determined German woman blew one of them a kiss, he broke into a huge smile.

A bit further on, we pulled into another station (and the toilets were locked again) and it was here that the Mongolian border officials got on. This time we had to fill in a series of forms – visas, customs and medical – all of which were scrutinised and then approved, much to our relief. This was the cue for a local money changer to hop on board and go from compartment to compartment, giving us the opportunity to divest ourselves of the last of our roubles (apart, from the little collection Kate that forgot she had in her wallet). 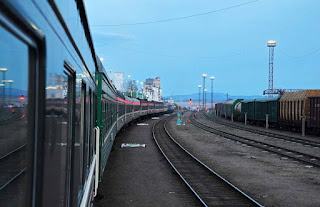 Excitement over, we had a dinner of pot noodles and Bordeaux, lay down in our bunks and clickety clacked our way into Mongolia. Later, I awoke in the middle of night and needed to go to the toilet but once again we were stopped in a station so once again, the toilets were locked. When we finally got back on the move – at around 1am – I still had to wait as one of the carriage attendants felt that this was the perfect time to clean the toilets.