The alarm woke us at 5.30am, and we were packed and downstairs before our scheduled pick-up at 6.30am. The van was already waiting, so we hopped in and drove to the railway station, where we were due to get the train to Beijing. After we had set ourselves up in the waiting room, I wandered around, checking the place out and buying a few provisions, and then got talking to a Russian-speaking Brazilian (not something you come across every day), who was undertaking a similar similar trans-Siberian, trans-Mongolian journey to us, but would spend only a few days in China before heading home.

Soon enough, our train arrived and we climbed aboard. This was our first Chinese train, and I'm sad to say that it wasn't the cleanest that we had been on. It was being maintained by a couple of Chinese men, and their attitude to cleanliness appeared to be the polar opposite of that of our Mongolian ladies. As on that previous leg, we had a fairly international carriage, with passengers from Portugal, the Netherlands and Australia, as well as a large contingent of locals. 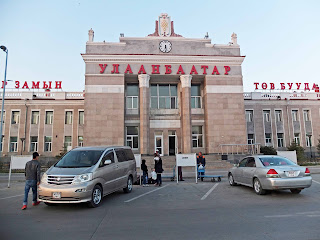 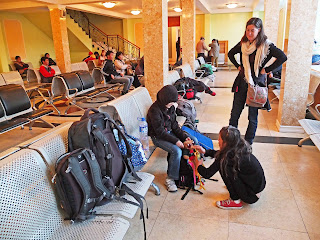 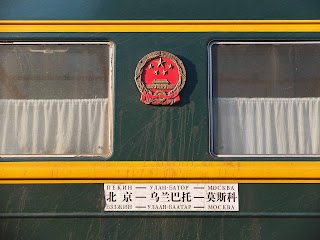 Pretty soon we were on our way, travelling first through the seemingly endless expanse of ger slums that surrounds UB and then eventually out into the wide open countryside. The line travels through the Gobi Desert, and as we rattled along, we could see the landscape getting drier and drier until it was properly parched – we even saw a few camels. After a while even the carriage smelled of dust. 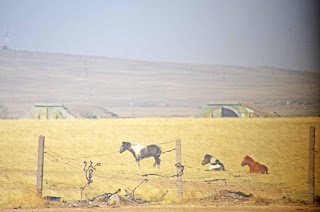 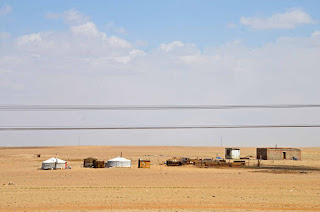 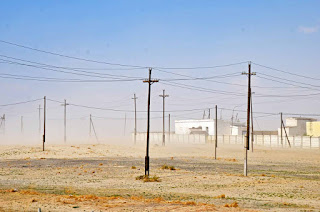 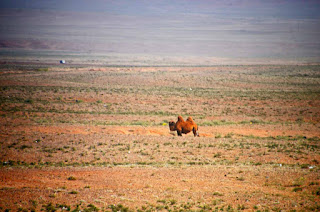 We stopped briefly at a few stations here and there – at one we all got out and bought some ice creams on the platform – and then in the late afternoon we arrived at the final station before the border, where the train stopped and a coterie of Mongolian officials climbed aboard and gathered up our passports. Shortly thereafter they were returned to us and we were free to go, but the train wasn't ready to leave yet, and we ended up staying in the station for about two hours, peering out the window at a bleak, windswept and dusty scene as dusk fell. 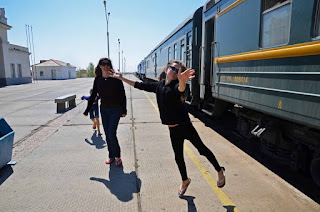 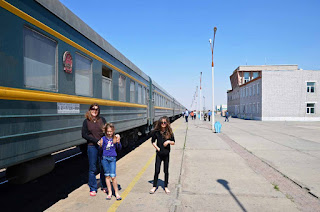 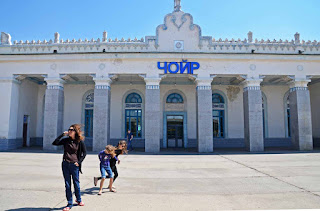 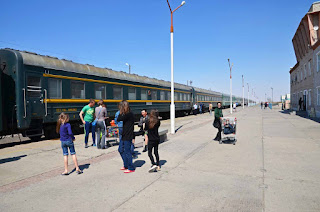 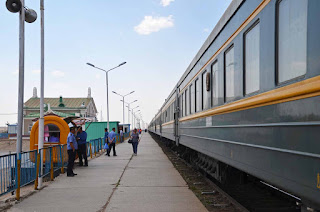 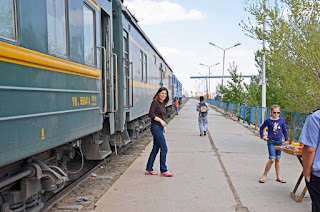 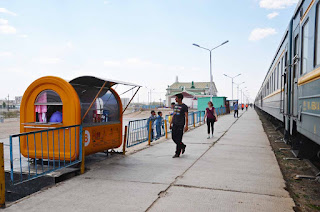 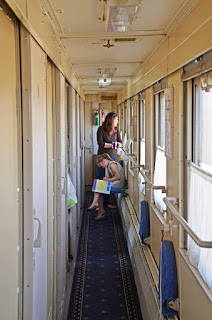 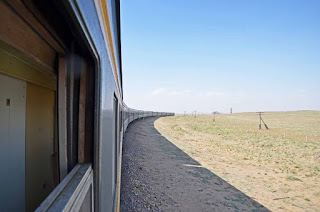 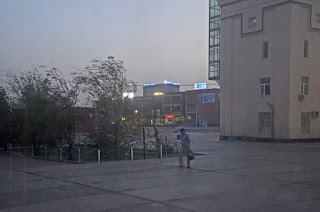 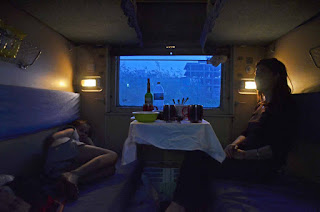 Eventually we got under way again and before long we crossed the border into China. It was night time by now, but even in the darkness it was clear that we had made a very significant transition indeed. Gone were the arid, unpopulated, treeless expanses of the Mongolian Gobi, replaced suddenly replaced by lush plant life, and vibrant urban areas teeming with people. We even saw some towering apartment buildings outlined in neon lights that slowly changed colour.

After we had undergone the border formalities (without incident, thankfully), the train backed up out of the platform and moved into a huge hangar-like adjacent building. There, to our collective amazement, the carriages were separated out, jacked up and then had their undercarriages replaced. The tracks in Mongolia and China have different gauges, so this was a necessary step for our further progress, but a time-consuming one – it was about four hours before we got under way again, at about 1am. When we did, we couldn't help noticing that our ride was significantly smoother and less rocky. 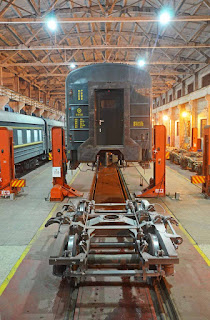