It was very cold last night – well below zero. In the morning, the little stream beside our ger was almost completely frozen over and a bottle of water that the girls had left outside was frozen solid. I got up early and lit the fire and then started repacking the bags. We had to be ready for 7am so that we could get a lift to the village for the 8am bus to UB. The car duly turned up and drove towards town, stopping beside the river in view of the village. Our driver (the wife's father), then got out of the 4wd and started to do something to one of the front wheels. When he was done, he got back in the vehicle, started the engine, and drove straight into the river – not quite what we were expecting. Apparently this was a short cut, and shortly after we rejoined the road into town. 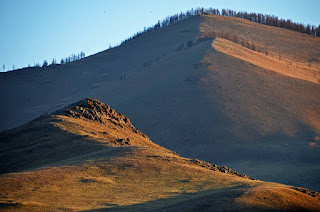 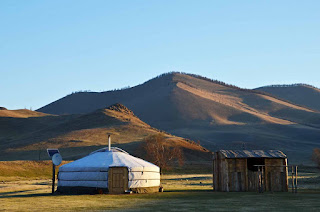 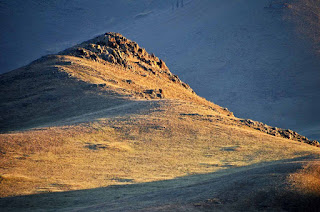 He dropped us at the bus stop and right around 8am, the bus turned up. The drive back was pretty uneventful, and a few hours later we got off on Peace Avenue. As we walked back to the hostel we realised that we were near the Soup Bar, so decided to stop in for some pancakes for breakfast, but this time they were catering an event and could only offer us soup and paninis, so we went to the nearby Wendy Cafe. 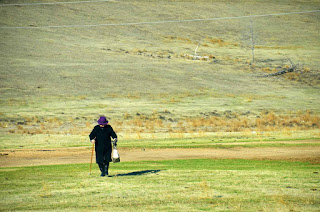 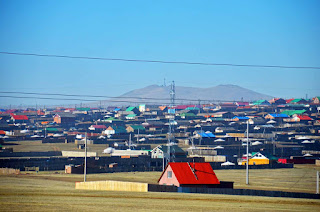 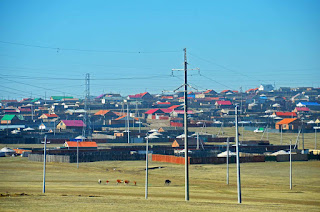 Suitable satiated, we walked to the hostel and were this time shown to an apartment all of our own – with a washing machine! Our joy at this discovery was tempered significantly by the fact that it didn't drain properly, so everything that came out of it was sopping wet. But our limited supply of clothing was badly in need of a wash and the apartment was soon adorned with an array of damp clothes.

We lunched at a cute little Japanese place around the corner and then went back to the apartment to await the arrival of Tuul and two of her children. During the trip, she had mentioned that her kids were always very curious to hear about her adventures with the foreign tourists – having had very little contact with foreigners themselves – so Kate suggested that we meet up with them so that they could see some white folks in the flesh.

A boy and girl, they proved to be understandably shy and reticent when they arrived. They had both done some lovely drawings for the girls, which they shyly handed over, and then the girls brought out a memory game that they had been given on one of the German trains. As they children started playing, they came out of their shells and were soon laughing and smiling.

When it was time to go, we gave them the girls' coats and gloves – we've been following the weather in Beijing and it's pretty clear that we won't be needing them again. The little girl put on Zoe's jacket immediately and quietly told her mother that she wanted to be reborn as an English girls because they were so kind. 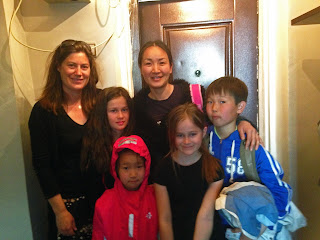 When it came time for dinner, we checked out a few places from TripAdvisor, but none of them looked quite right, and we ended up in the Italian arm of a local Mongolian restaurant chain. Bad move. Our meals all bordered on the inedible – Kate's chicken came with a piece of broccoli that was rock hard, stone cold and completely devoid of flavour. She had to send both it and her potatoes back to the kitchen to be reheated.
Posted by SGKZ at 02:05