Day 228: Where are all the trendy cafes?

The rain and wind continued through the night – Kate and I know this because our beds were extremely hard and neither of us slept very well. By the morning, the wind had changed direction, but it was still pretty chilly, with a few flakes of snow falling. After we had had some breakfast and paced up, We got everyone together for a group photo inside the family's ger, handed out a few gifts – mostly Zoe's surplus clothing - and then said our goodbyes. 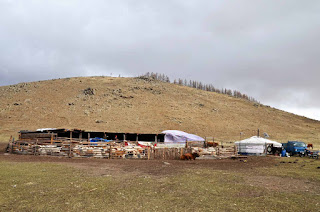 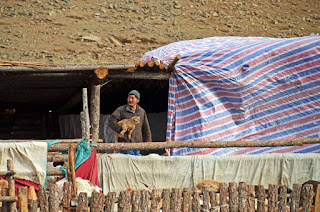 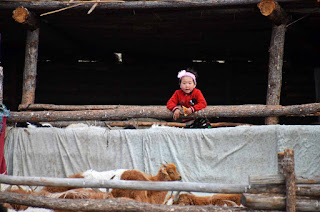 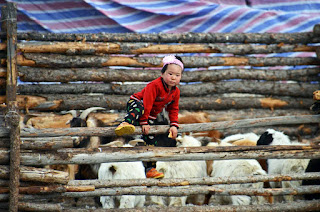 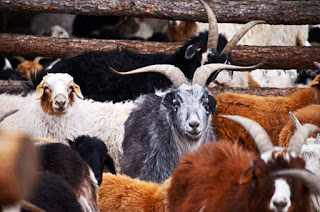 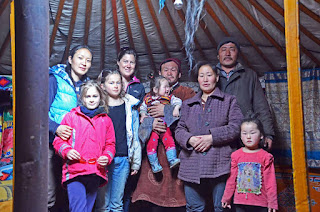 We had quite a long drive today, through sporadically dramatic countryside, following some pretty wild rivers for much of the way. We eventually arrived in Terelj National Park and our first 'tourist' homestay, with a couple who had been set up in business with the help of Panoramic Journeys. 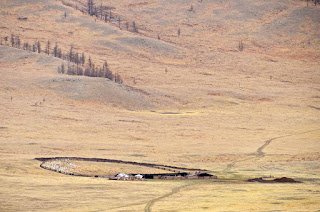 The husband was away leading a horse trek; his wife served us some milky tea and then a lunch of wheat-flour noodles and fresh meat. Before and after we ate, I spent a frustrating time trying to get in touch with Anna in UB. Our train tickets to Beijing still haven't turned up and we won't really have any time in UB before we're due to leave to sort everything out, so we're starting to feel a bit nervous. We got the message through eventually, however, and Anna is now on the case.

Once that was sorted, we jumped back into the van for the last time - Nyama and Tuul are leaving us here and heading back to UB. But we asked them to give us one last lift – into the town of Terelj, which is reputedly one of the settlements that has been more developed for tourism. We set off with visions of backpacker cafes the served Italian coffee and offered free wi fi. As we drove in, we got a glimpse of the very expensive, five-star hotel that has recently been built in the town and then we got to the town itself... oh. We drove through town and out the other side, and all we could really see that was open was a few very basic mini markets. After saying an emotional goodbye to Tuul and Nyama we headed for one of the mini markets and bought some Coke and few ice creams. Then for something to do, we visited another one. And then we set off on the seven-kilometre walk back to the camp. Thankfully it was nice, sunny day, although it was a bit windy and quite cool. 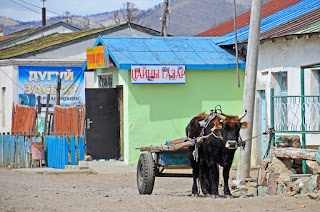 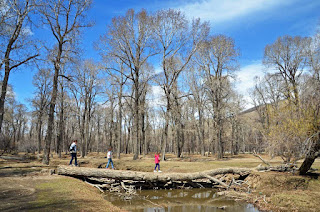 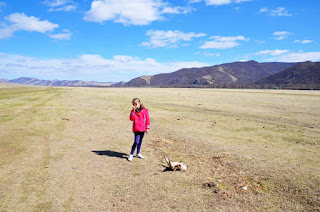 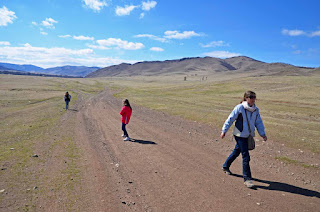 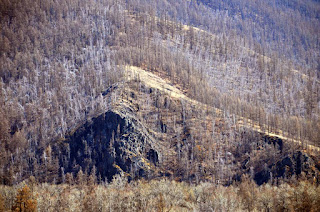 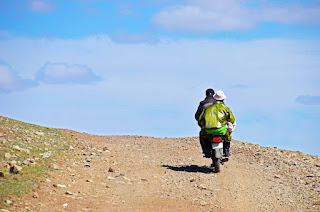 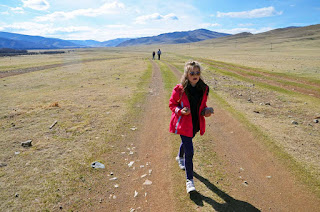 After a dinner of rice, veges and meat (with a Chinese soap opera playing on the telly) Zoe and I went with the wife to see her cows being milked (Sarah wasn't feeling well, so she and Kate stayed back in the camp). We were transported nup the hill behind the tourist camp to our host family's extended family's encampment, where they had a few more gers and some animal pens, driving up in a 4wd with several other members of that extended family. They were all rather merry, and at one point, the wife explained that: 'My sister and mother drink vodka. My sister, happy birthday to you.'

When we reached the encampment we discovered that the promised cows were still somewhere up in the surrounding hills. While we waited for them to arrive, Zoe and I amused ourselves with a small piece of wood, hunched over against the bitterly cold wind that was played blowing down off the hills. Eventually we gave up and walked back down to the ger.
Posted by SGKZ at 16:04