It was a lovely, sunny day today, so after breakfast, we all had an impromptu cleaning session outside the ger, giving our hair a much-needed wash. We then piled into the van and headed for our next homestay, stopping not far into the journey to climb up a steep hillside for a great view over the partly forested, hilly countryside. A pair of peregrine falcons was nesting in the cliff below our viewing platform and as we walked back to the van, we saw the parent birds flying back to the nest and heard the chicks cheeping out for their meals. 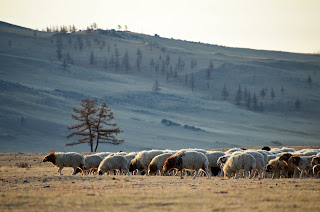 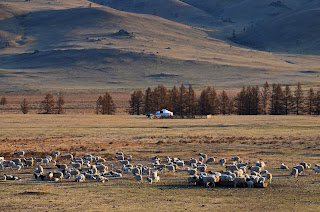 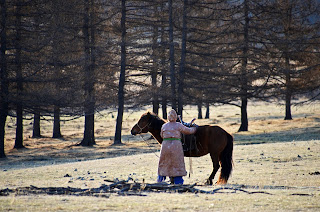 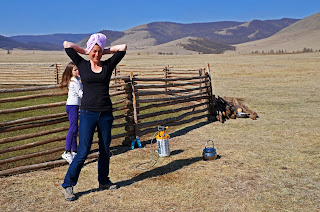 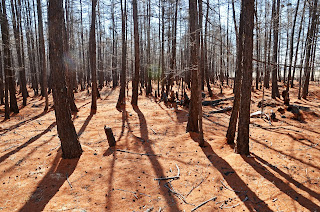 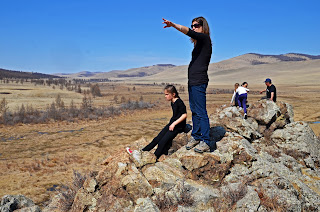 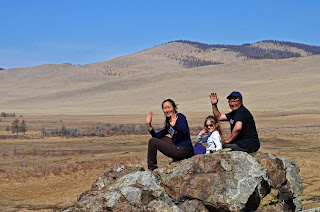 After driving over a high pass, we headed down into a long, wide valley between low hills. Dotted along the margins were the little white bumps of gers and after a while we came across a few nomads tending to their mixed flock of goats and sheep. Nyama stopped to ask for directions to our family. It was he who had first identified the families with whom we are staying (along with another Mongolian Panoramic Journeys employee, and as it has been some time since he was in the area, they were rarely where they were when he first met them (they are nomads, after all). In truth, I was always slightly amazed when we arrived at a new camp – as I mentioned earlier, Nyama is using neither sat nav nor GPS nor even a map - but with a pointed arm from the herder we set off and were soon pulling up at tonight's accommodation.

This camp was extremely exposed – just a rocky hillside behind and in front, the broad, bare plain. The two gers were inhabited by two families – sisters and their husbands, two three-year-old girls and a one-and-a-half-year-old, who burst into tears when she was introduced to us in the ger, where we all enjoyed some mercifully milk-free tea. Here, again, the curds were offered and passed around, each of us politely taking a piece and then surreptitiously secreting it in whatever pocket or bag we had to hand. 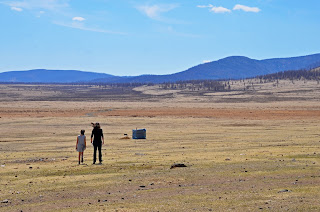 After a lunch of very spicy pot noodles, Kate, Zoe and I walked up the hill behind the camp, from where we watched Sarah walking some distance out to our freshly dug pit toilet, and then saw the families' sheep and goats coming in. Then, back on the flat land, we sat on a camp bed behind the van talking to Tuul and Nyama, and watching the family reuniting their animals with their offspring. A while later, our host arrived on his stocky little pony. He came over sat with us, offering us some of his snuff – a rather ritualised process that again, was something of an honour for us. 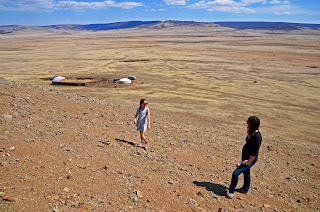 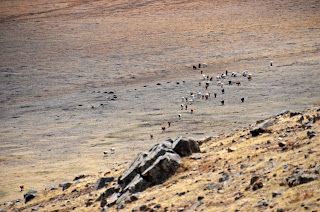 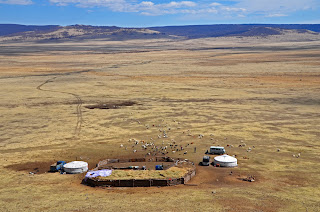 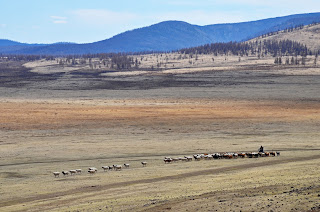 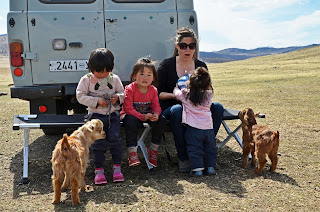 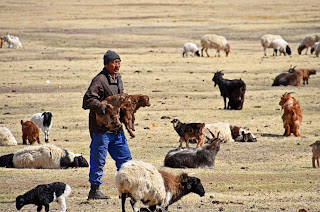 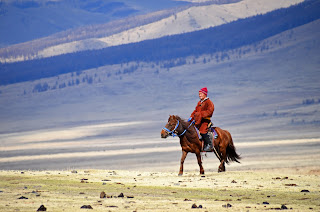 While this was going on, Zoe was being terrorised by the two three-year-olds. Whenever she tried to escape back to us, they would grab an arm each and pull her away to play strange, arcane games involving cow dung. Later, the wind began to pick up, eventually becoming very strong, and bringing with it a brief rain squall. As it swirled around the ger, our dinner arrived, which proved to be a real treat – the family had gone away and procured some fresh meat for us, which they turned into some lovely dumplings. Eventually the rain stopped and the wind died down, leaving behind a faint rainbow. 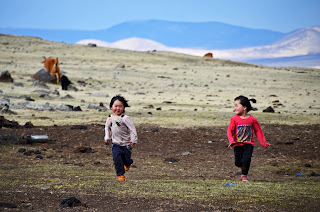 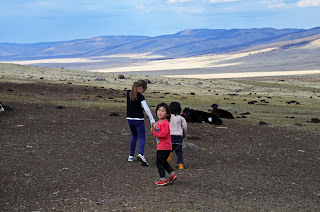 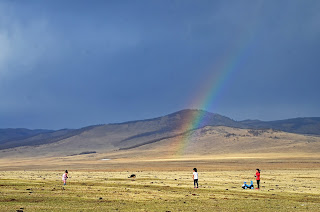 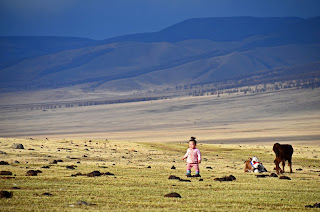 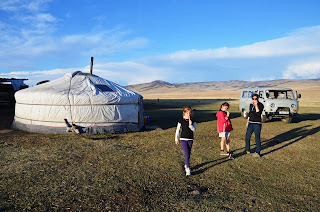 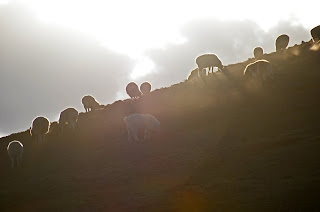 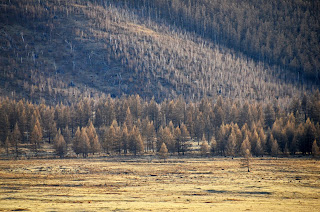 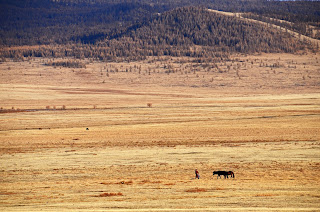 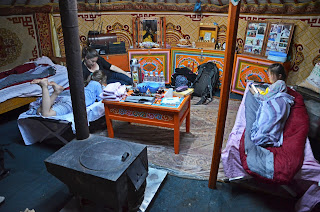