When we arrived, there were probably about 40 cats that were regularly being fed here at the house. Jacky took five of those cats back to the UK, which meant that we were down to about 35. I think we're probably well over 40 again now. The new cats have come from a variety of sources. Flora has pointed out a few that are toms that used to eat here but had at some point had a falling out with another tom and moved on, but now, as it has cooled down and the tavernas are shutting up, food is more difficult to find elsewhere, so they've returned. Some of them have just drifted in from who knows where. A couple of days ago, Kate spotted an enormous battle-scarred pale ginger tom lurking around and while we sat out having a cup of tea on the terrace yesterday, he returned to browse on the leftover cat biscuits and then slowly slink away. We haven't settled on a name yet – Yeti, Hagrid and Goliath are all in the running. (The average Syros cat is definitely on the small and delicate side, so when a big tom like this turns up, it's quite striking.) 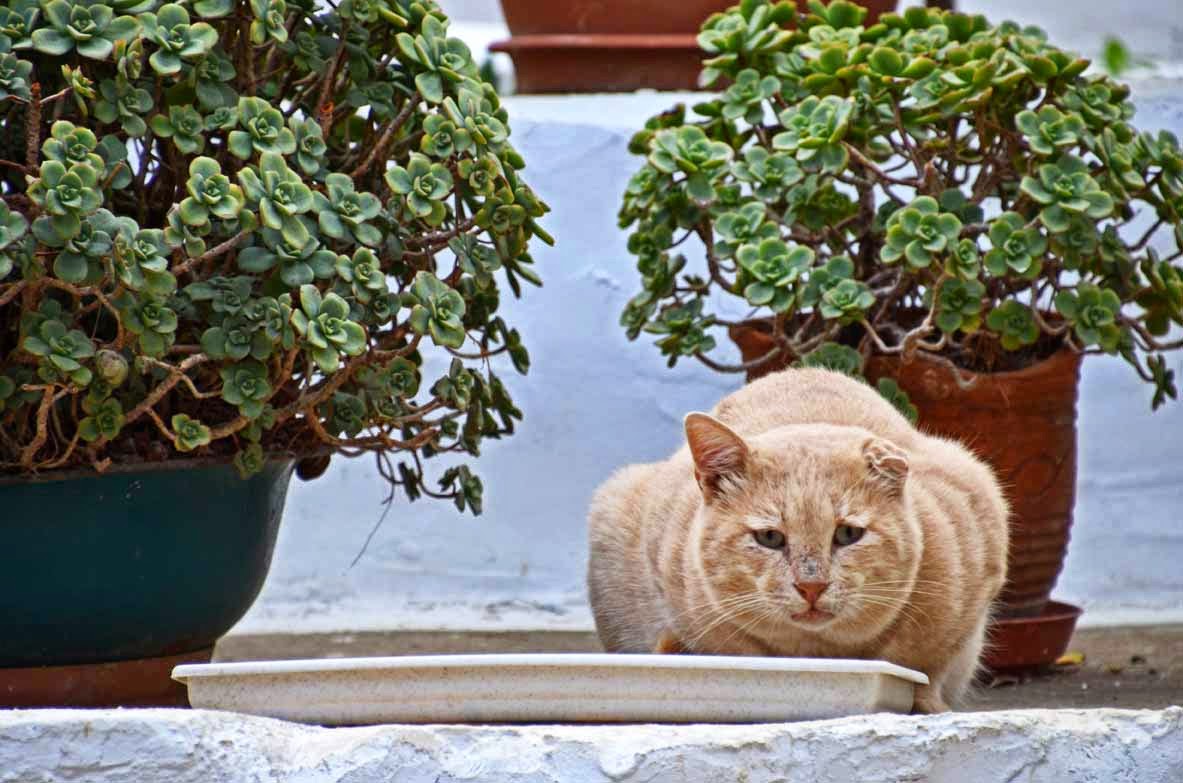 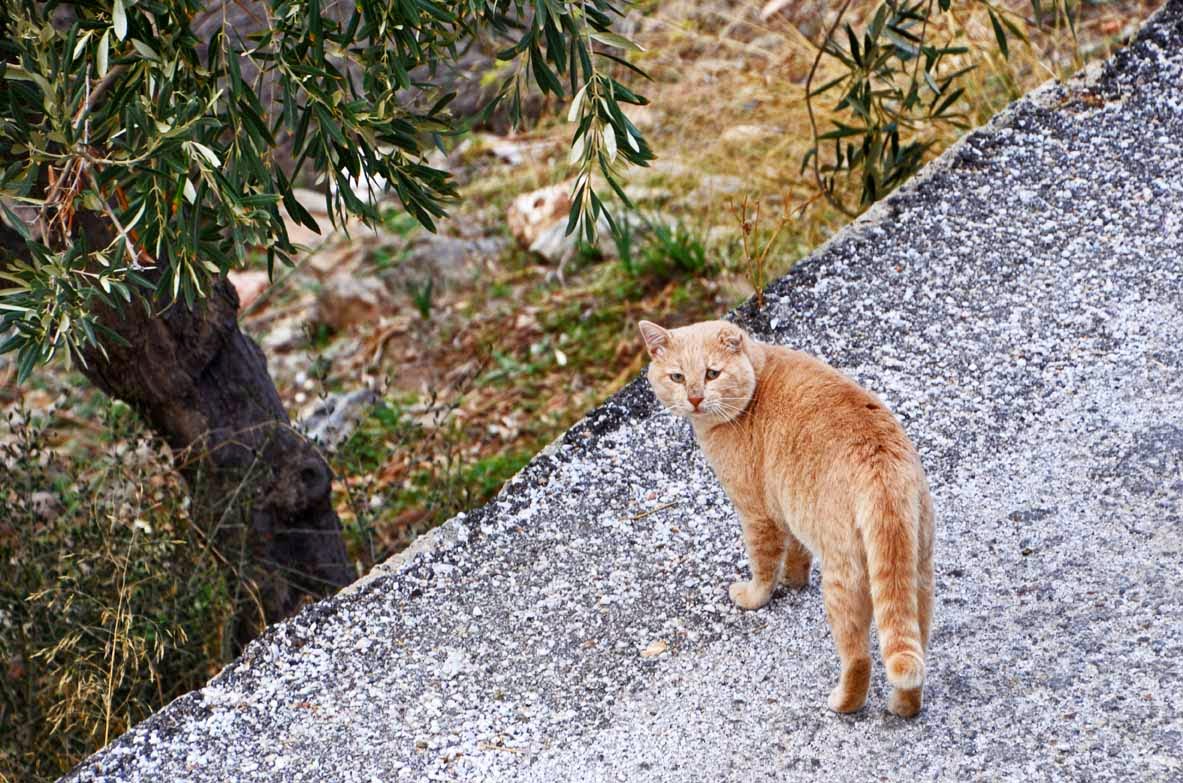 Others have been handed over to us – one of Jacky's friends, a Swedish woman, was returning to Sweden and asked us to look after her ginger kitten. And then there's Tom – a lovely little grey tabby kitten that just wandered in about a week ago. He appears to be litter trained and is completely fearless, so we think that he's probably a house cat that outstayed his welcome – the locals know that cats are looked after here, so they sometimes dump their unwanted pets nearby. He has become a firm favourite as he's cute, fluffy, settles easily on your lap and purrs like a buzzsaw. 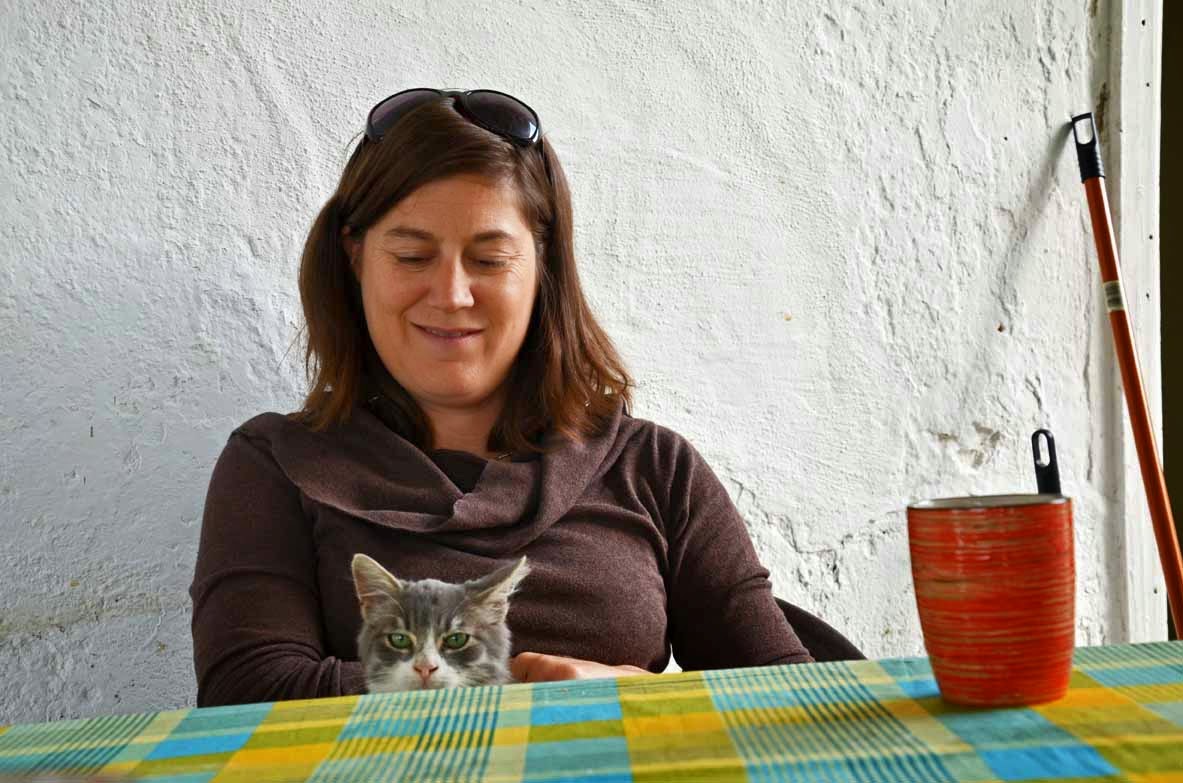 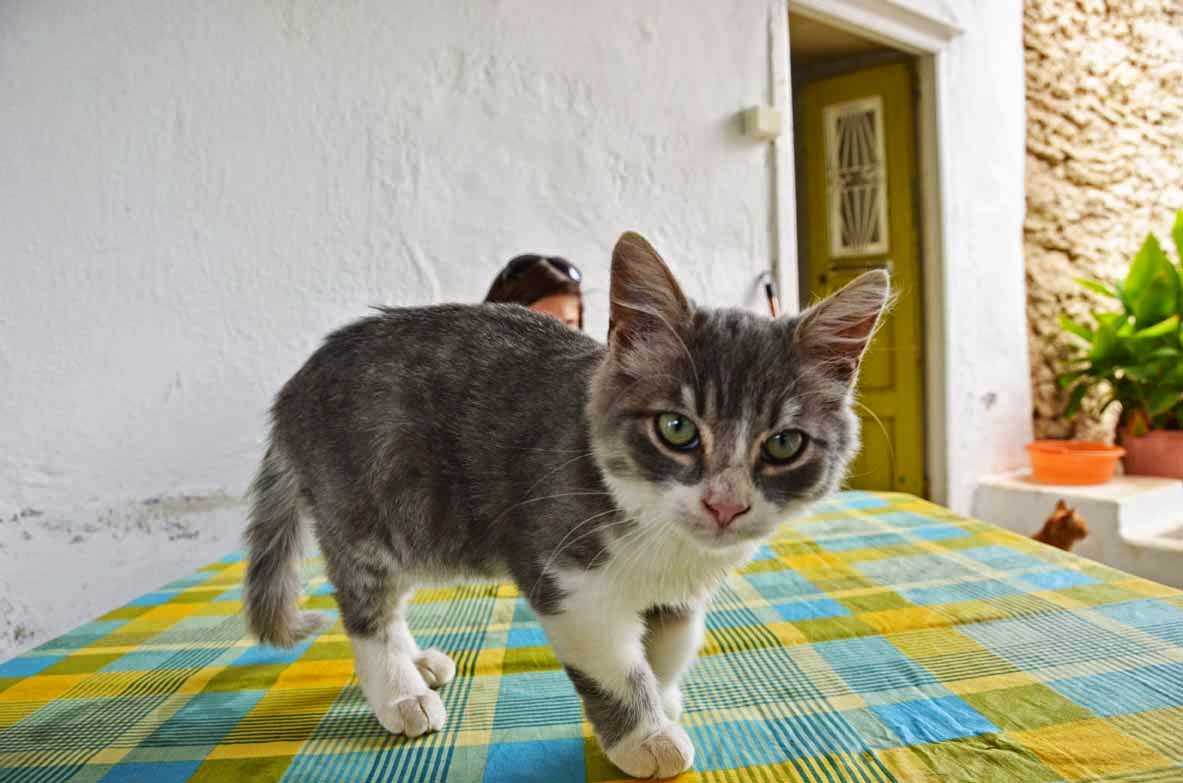 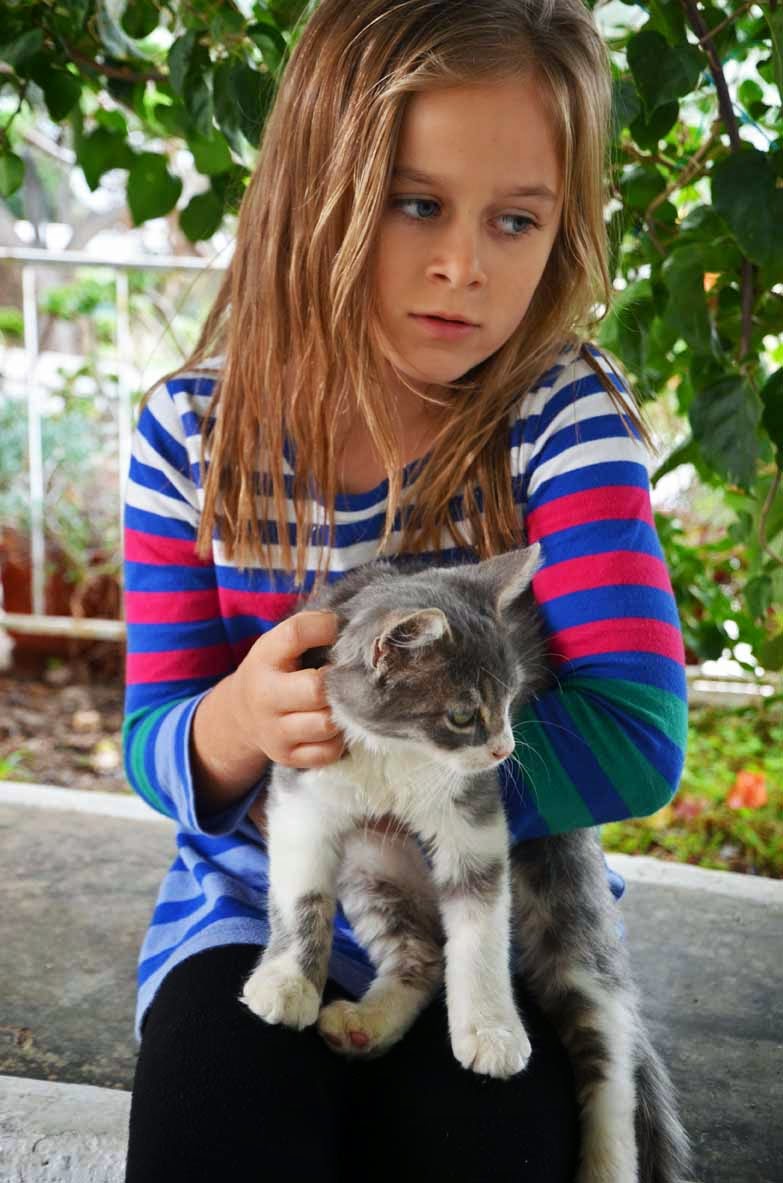 As you can imagine, living with so many cats can create some difficulties. Dinner time – ours, not theirs - in particular is a bit of a chore as we have to try to coordinate getting food, drinks, plates and cutlery out of the kitchen while keeping the cats that are meant to be in the kitchen in the kitchen and the rest of the cats out of the kitchen while keeping watch on the food so the cats don't get into it while making sure the food doesn't burn on the barbecue. When we finally manage to sit down together at the table, we have to have our elbows at the ready to fend off any cats that jump up to try to join the meal.

Interestingly, there are only three cats that regularly join us for dinner: my mate Bruiser, a fluffy owl-faced tabby called Vicky and a funny, timid little black-and-white cat known as Wussy. Wussy has an endearing habit of holding one of her paws up and rhythmically opening and closing it when she wants to get your attention. Bruiser is by far the most insistent, jumping up on the couch with me and sitting on my lap, then slowly angling towards the table, looking for an opening. He will then dart in, grab a piece of meat off my plate and then leap to the ground. 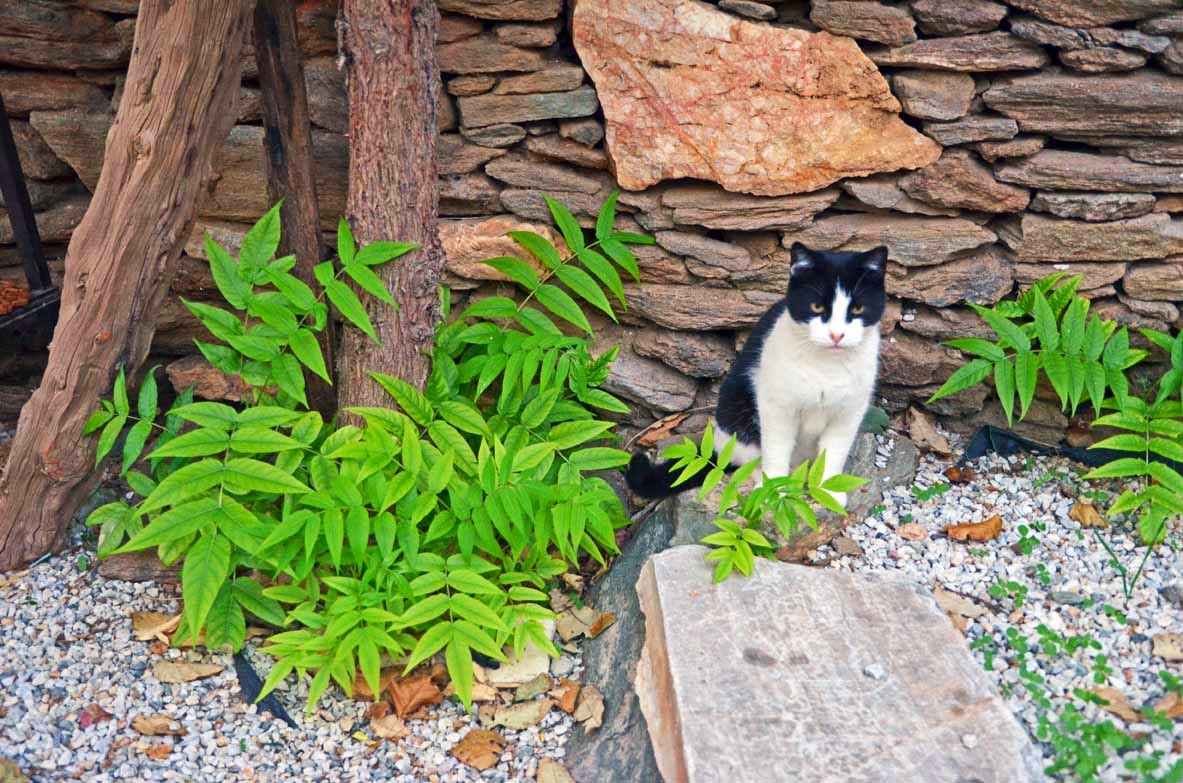 All of this did eventually get to be too much for us and a few nights ago, we moved inside to eat dinner. As it turns out, that roughly coincided with the drop in temperature and the clocks changing, so we probably would have moved in even without the cats.

The good news is that my cat lessons seem to have worked and Sarah is now much more relaxed around the animals. She's picking them up and patting them with ease, and the even better news is that she still hasn't really had an allergic reaction. 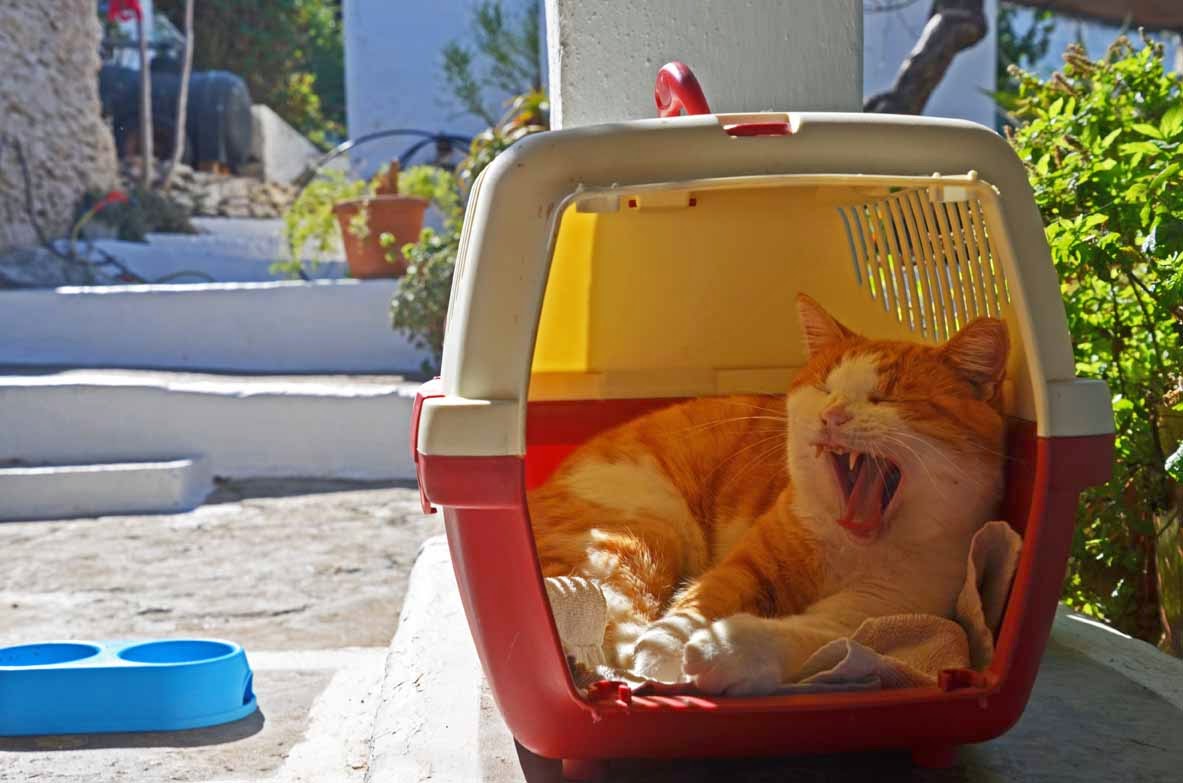