Today we drove into Romania, which was something of an eye-opener. Moving from Austria to Hungary, there was a definite socio-economic/developmental drop, but it was nothing like the drop that took place when we moved from Hungary to Romania.

The border itself had a rather Wild West feel to it. First up, Kate had an amusing but slightly unnerving encounter with the woman selling vignettes (essentially a form of road tax). She demanded our car documents and got increasingly indignant as Kate produced her passport and drivers licence. 'Car documents! Documents for car!' Luckily, Kate had read something before we left about needing your car registration papers and miraculously, I remembered where I had stashed them, and soon enough we had passed the first hurdle.

After having our passports checked by a decidedly disinterested border official, we were in Romania, where we were immediately hailed by numerous strange, toothless people. There were big long-distance lorries all over the place and lots of seedy looking change booths and we just carefully made our way through.

We then added another entry to my list of superlative encounters as we drove past the longest queue of trucks I've ever seen.

Initially, our passage was slow and tedious, as we fought with traffic congestion of one type or another, but eventually the roads opened up and we started to make more rapid progress leaving the towns behind and driving into the Romanian countryside – falling-down buildings, horse-drawn carts and those distinctive haystacks with the bits of wood poking out the top. 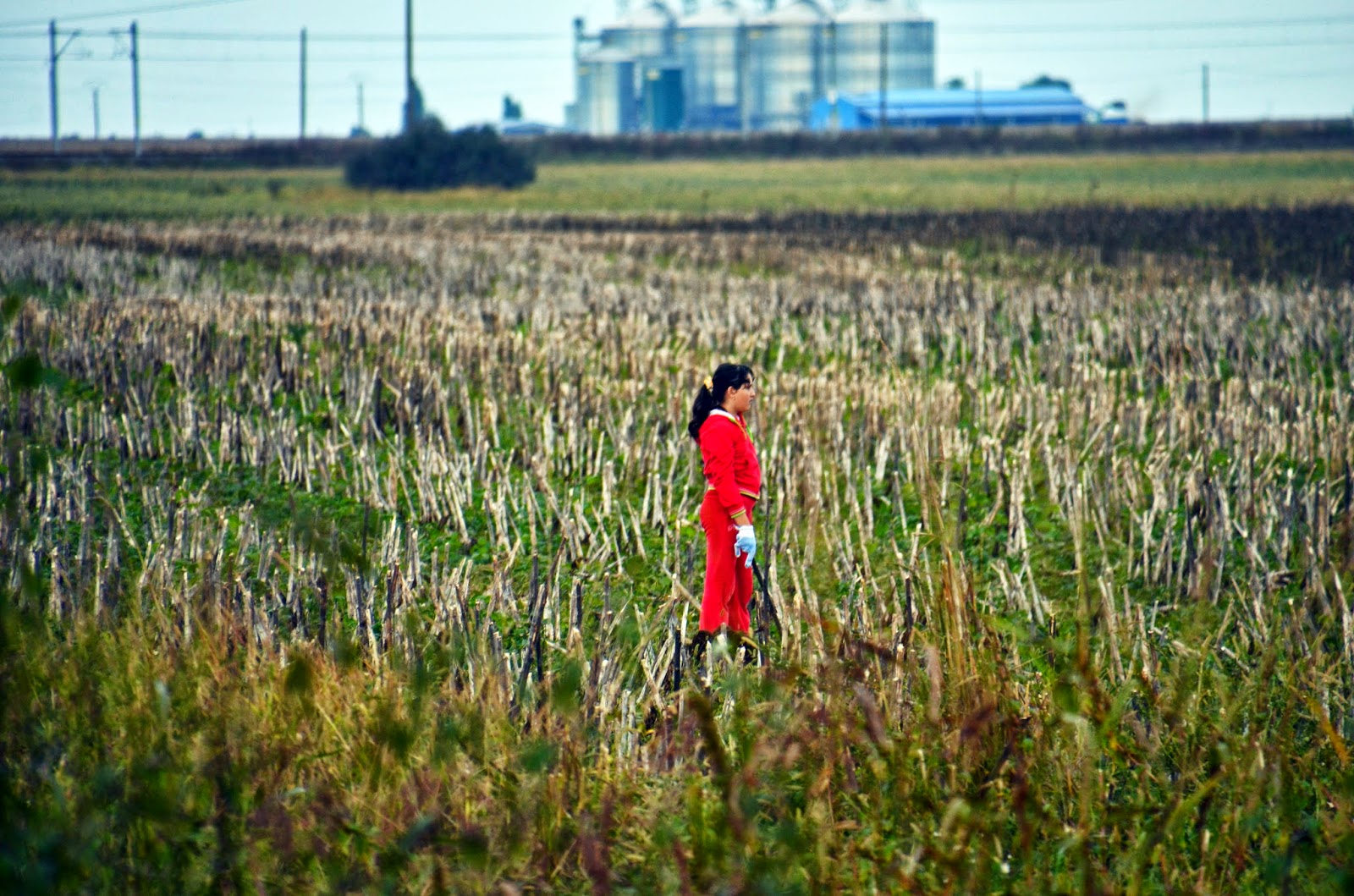 As usual, we had underestimated the congestion and overestimated the journey time and it was after dark when we arrived in the town of Deva, our destination. We had splashed out and were overjoyed to open the door to our luxurious suite.

The hotel didn't do dinner, so we walked up the road to a nice little local restaurant, where some very friendly English-speaking diners helped us with the menu. Although it was a bit chilly, we sat outside because Romania hasn't instituted a smoking ban yet and the dining area was wreathed in a lung-coating fug.
Posted by SGKZ at 15:34