On our previous island-exploration day we vowed to return to Galissas beach to try some snorkelling, so we headed out there this morning. Once again, it was deserted, and we headed for the north end, which has a nice rocky edge and hasn't been developed. The beaches here have a very shallow gradient, so we walked out around the rocks for a while in order to get to deeper water.

When we found somewhere that looked promising, we scrambled down and stripped off. The only problem was that there were quite a few sea urchins around, which made actually getting into the water a bit tricky. Zoe, in particular, found it all rather distressing, and by the time she made it in, she was a bit freaked out. Having only snorkelled a couple of times before – in the warm, calm waters of the Caribbean – she then properly freaked out and we had to shepherd her back out onto dry land again, a process that left Kate with a nasty cut on her foot from the sharp rocks. 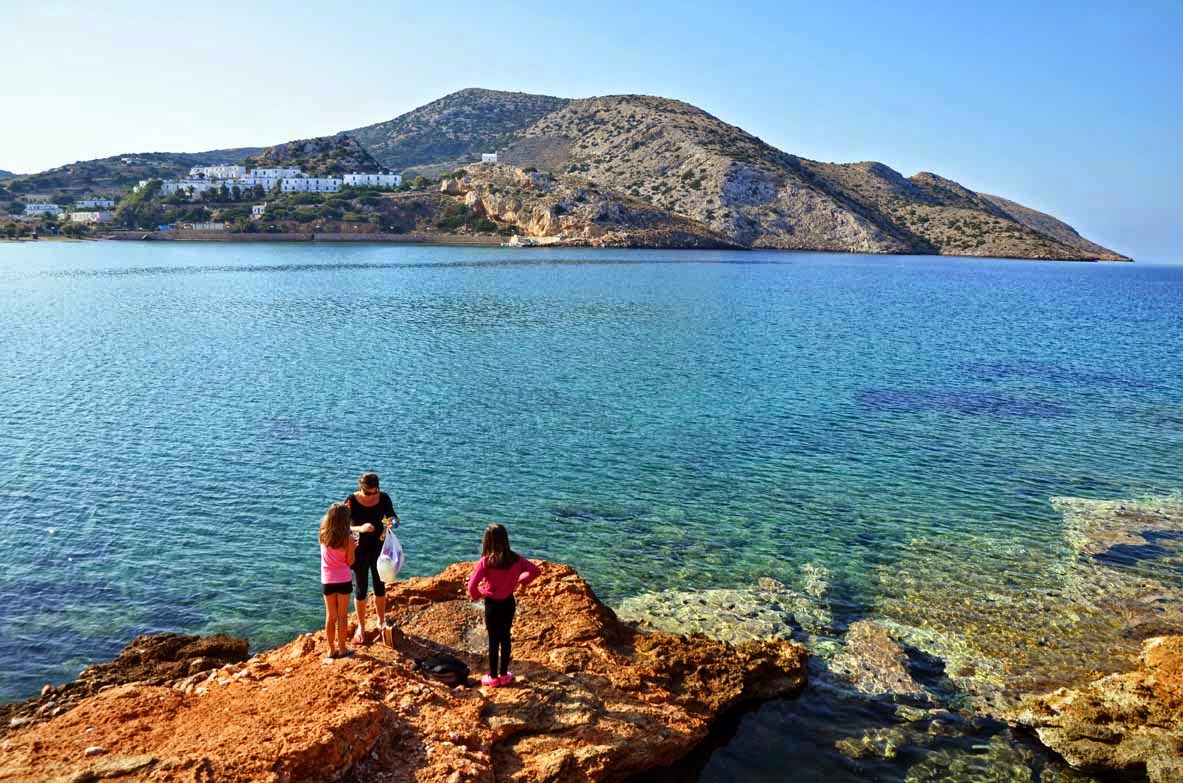 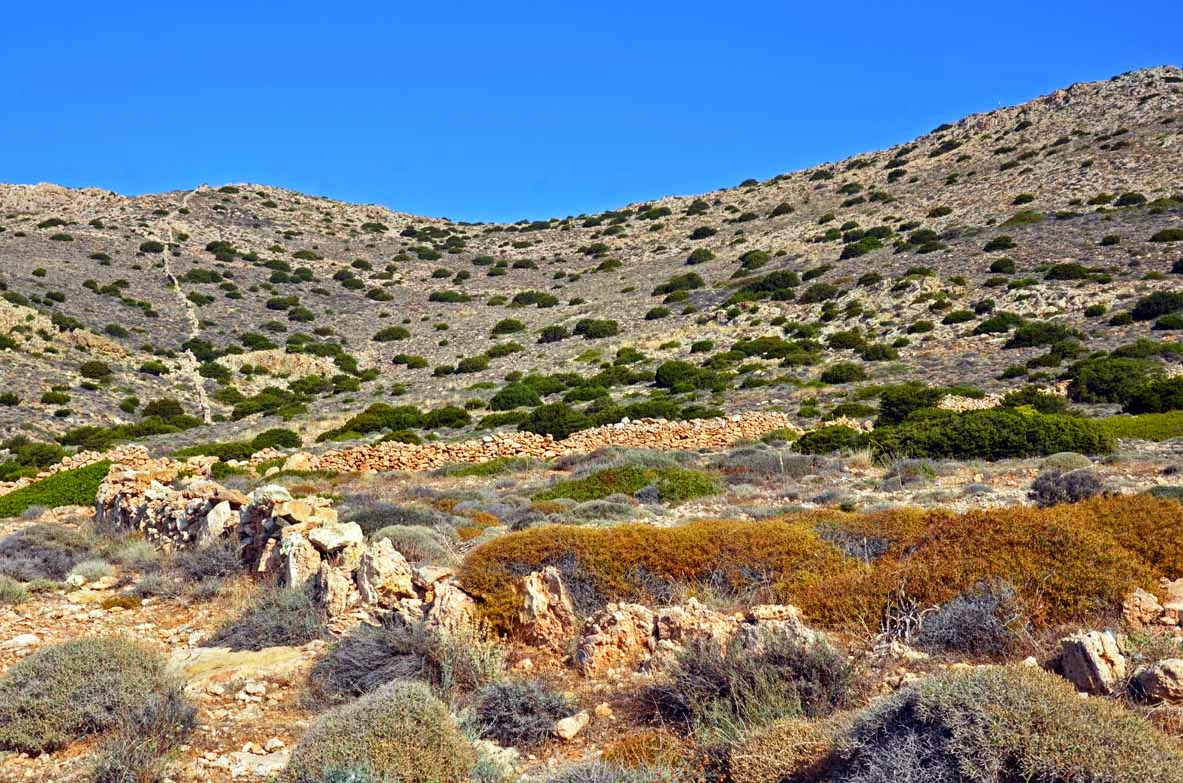 While Zoe warmed up and calmed down, Sarah and I headed out into the deeper water. The visibility was incredible – the water was as clear as I've seen it anywhere – but the fish-life left something to be desired. As I wrote before, the Med has been largely fished out, but there were a few quite pretty smaller fish about. There were also some quite extensive sea-grass beds, with large, scallop-like bivalves in them. 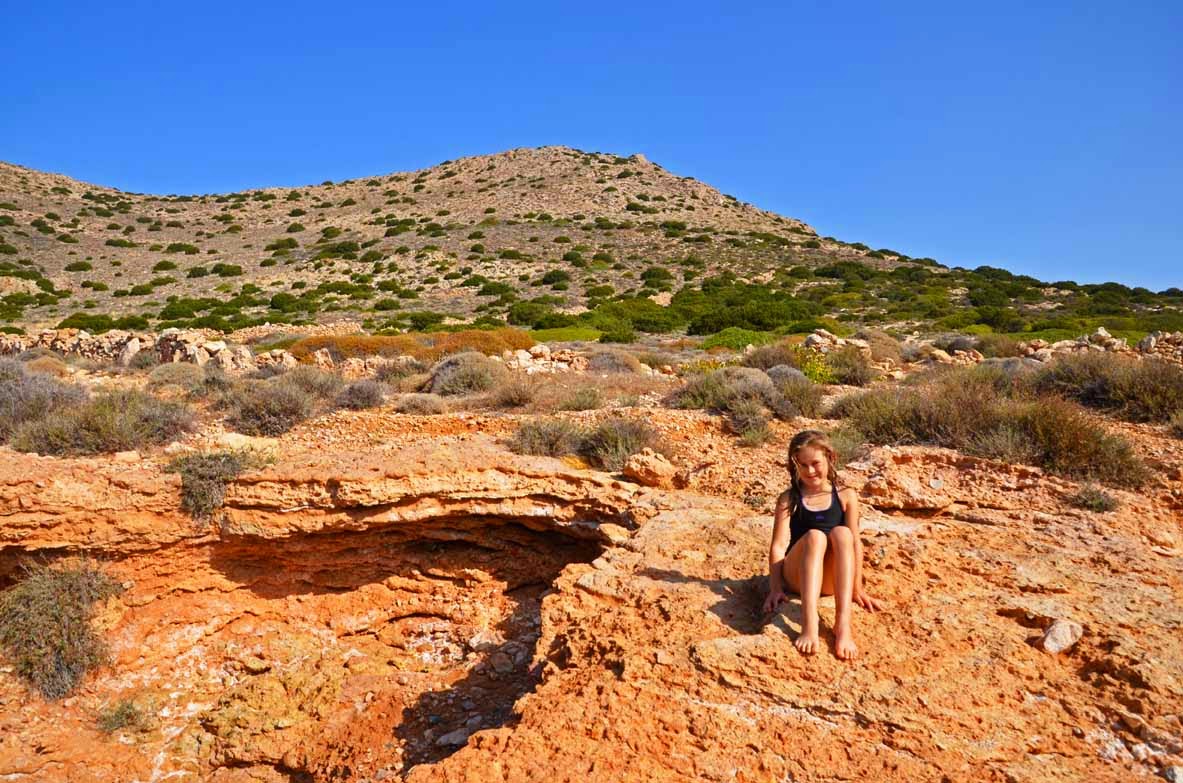 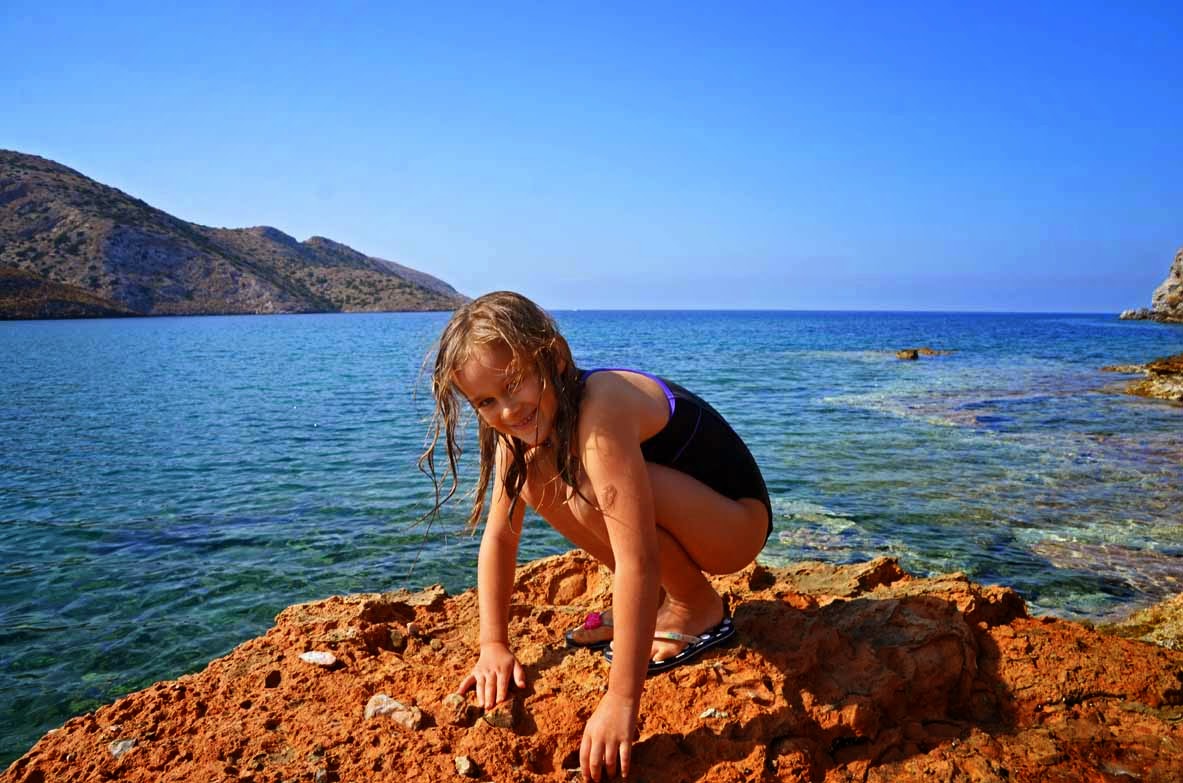 Sarah started to get a bit cold, so she headed back to the rocks while I kept swimming, which proved to be a very good decision on her part. While investigating a small cove, I felt a bit of a sting on my left thumb. Looking around me, I saw that I was surrounded by lots and lots of tiny pink blobs. I'm not sure if they were responsible for the sting, but I figured that it was a good idea to get out of there as quickly as I possible. I didn't really feel any more stings, but later that evening, a large collection of small lumps arose on my side and began to itch... and itch... and itch. I've experienced some very itchy bites, stings and rashes in the past, but nothing like this. It kept me awake for hours each night for several days and it was only through saint-like self-control that I kept myself from scratching until I bled. 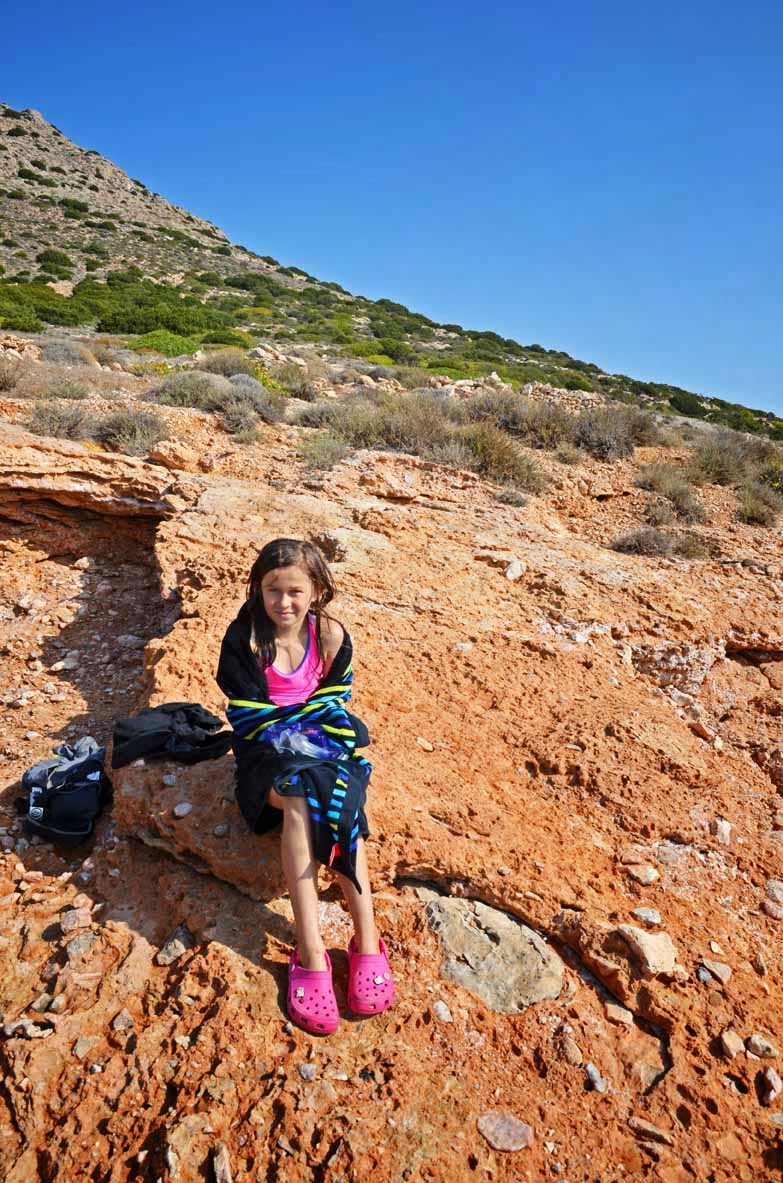 Our earlier island exploration had also revealed what looked like a lovely little narrow cove with a beach at the end a bit further around the coast, so we headed there for lunch. Sadly, it had been developed to the point that it was now rather grim, but we spread out the picnic rug and had a pleasant enough lunch.

There's a lot of mica in the rocks on the island, and the clear water sparkles and glitters with little flecks of it when we go swimming. This particular beach was especially well endowed, and Zoe found that by wetting her feet and then dragging them through the sand she could get an effect like having body glitter on. 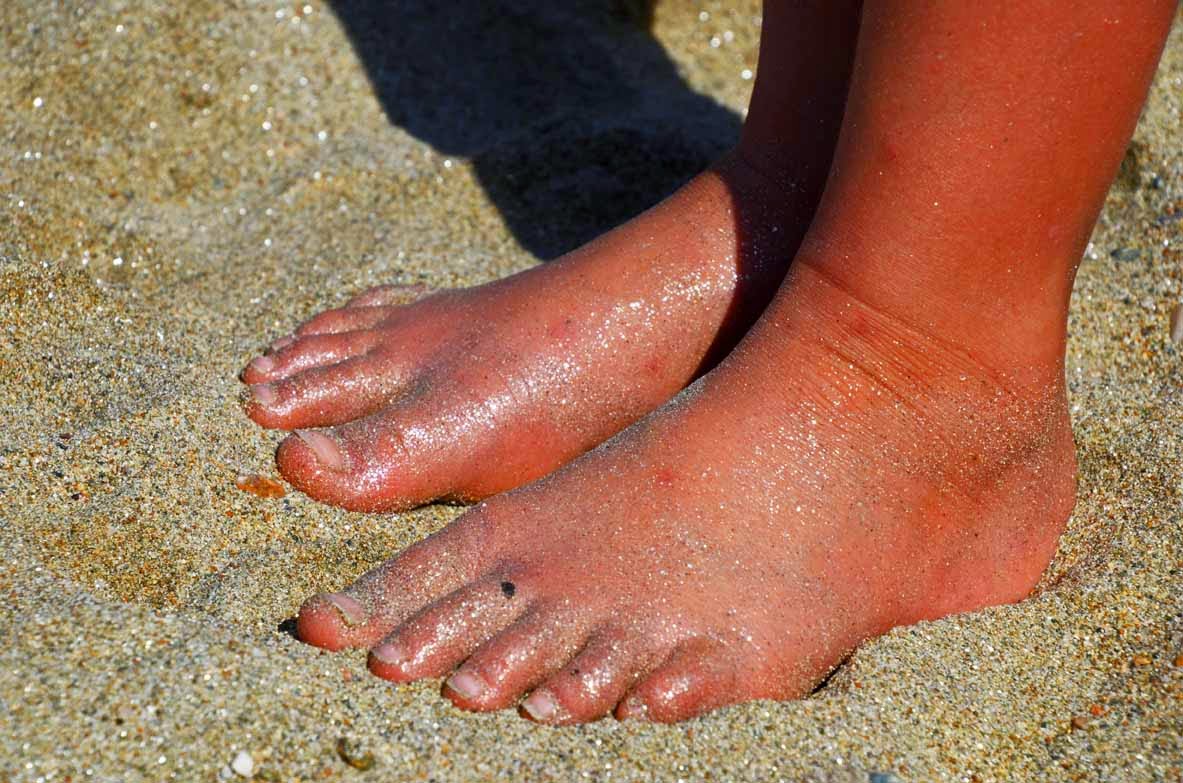 The girls did a bit more snorkelling off the beach here, but saw even fewer fish than earlier.
Posted by SGKZ at 08:30