Driving in Greece was a real pleasure after our previous troubles – the motorways were pretty much empty until we got close to Athens. The only downside – which may also have been the source of the benefit – was the tolls, which we seemed to have to pay every hour or so. They weren't extortionate – a few euros at a time – but arrived with such regularity that they quickly added up. In contrast to our experience with French toll collectors, the Greeks were almost uniformly grumpy, stubbornly resisting my attempts to get a smile out of them. 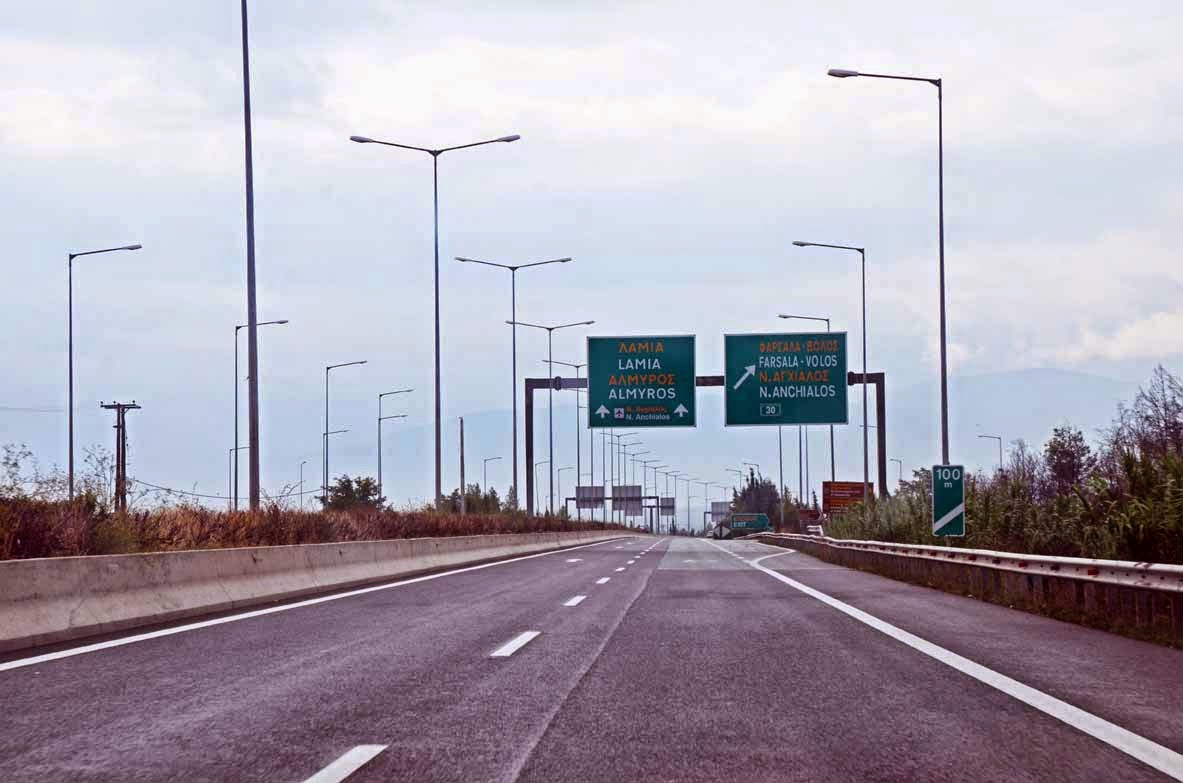 Like yesterday, we picked a town pretty much at random to pull off the motorway for lunch. This time, we weren't as lucky with the lunch options and wandered for a while around the central square looking for somewhere to eat. Eventually, we found a bakery, where the woman behind the counter called over a guy who was doing some building work on the shop next door to translate for us.

We ate in the town square and then went for a coffee. In general, the coffee has been pretty good in Greece, but is expensive compared to France. The standard price for an espresso seems to be two euros, but it often comes with a free bottle of water. 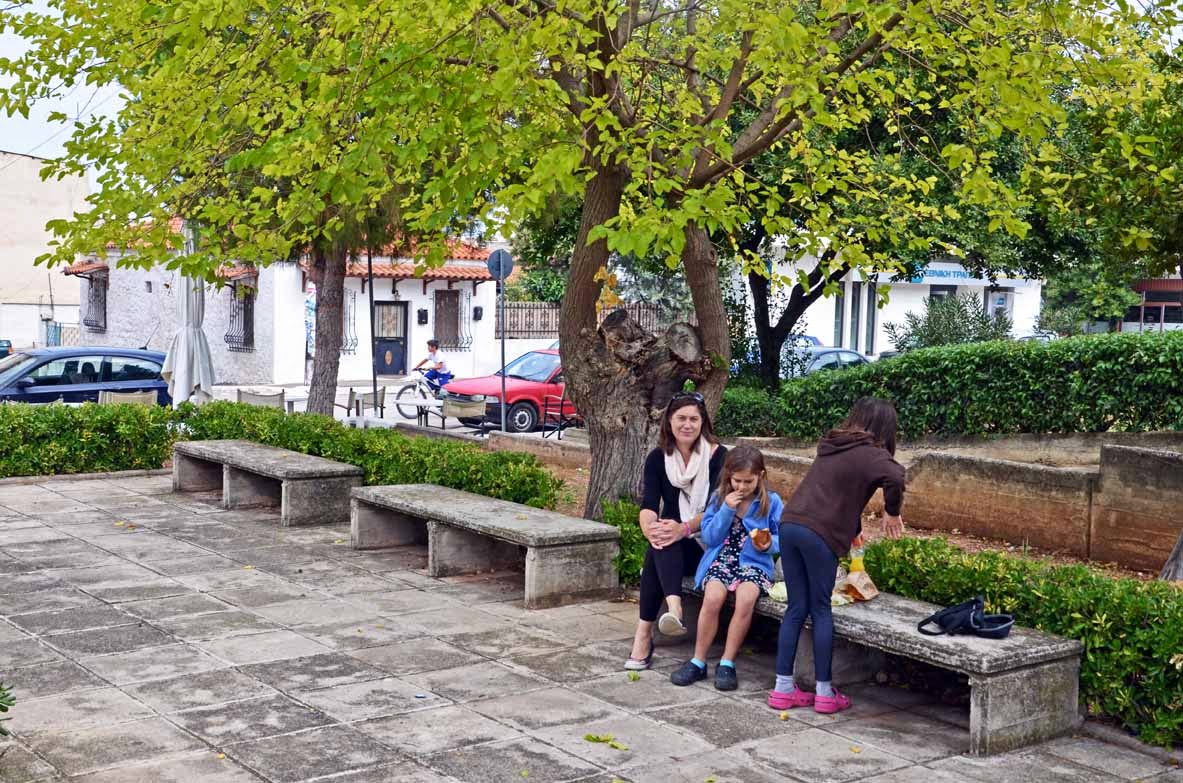 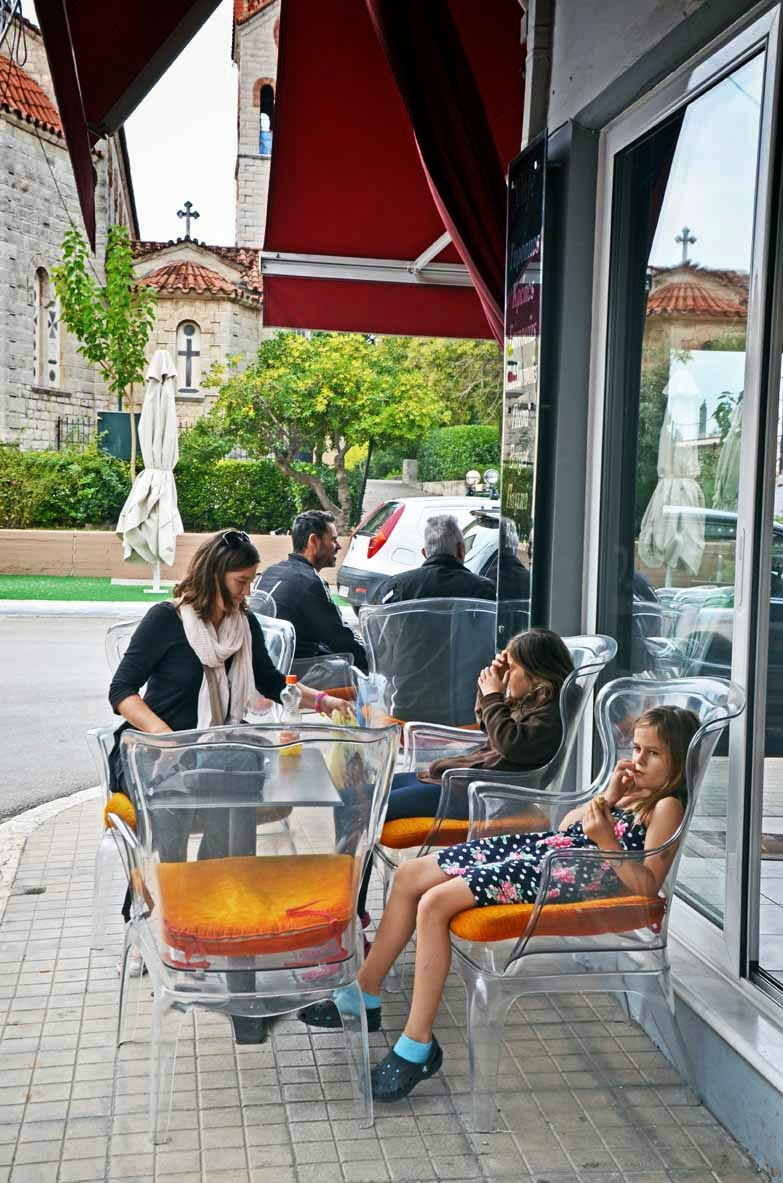 After lunch, we drove into the outskirts of Athens, all craning our necks for a sight of the Acropolis. As we neared the port, Piraeus, the traffic became increasingly chaotic, which worked in our favour as we didn't really know where we were going and had to make some rapid unscheduled lane-traverses. But we did eventually reach the ticket office, bought what we needed and then went for a walk into Piraeus itself, where we grabbed some bread and a rotisserie chicken for dinner on the four-and-a-bit-hour crossing and had another coffee.

Unfortunately, our ferry was right on the other side of the port, and after buying the tickets, we had driven out one of the exits. Not wanting to re-enter the traffic maelstrom of the outside world, we looped back in and then drove the wrong way down the marked lanes until we reached the area where the taxis were parked, at which point we were able to start driving legally again. We then proceeded to get lost in the port and thanked our lucky stars that we had plenty of time to spare.

On the way, I joked that it would be nice if they just let us on the ferry – it was still a few hours before sailing time – and lo and behold, when we got there, they did exactly that! Without the car, however, so after staking out a nice spot with a couch and few chairs, we sat and fretted over when to go down and drive it on. All went smoothly, however, and with the car safely stowed, we ate some dinner and then Kate lay down for a bit of a nap. 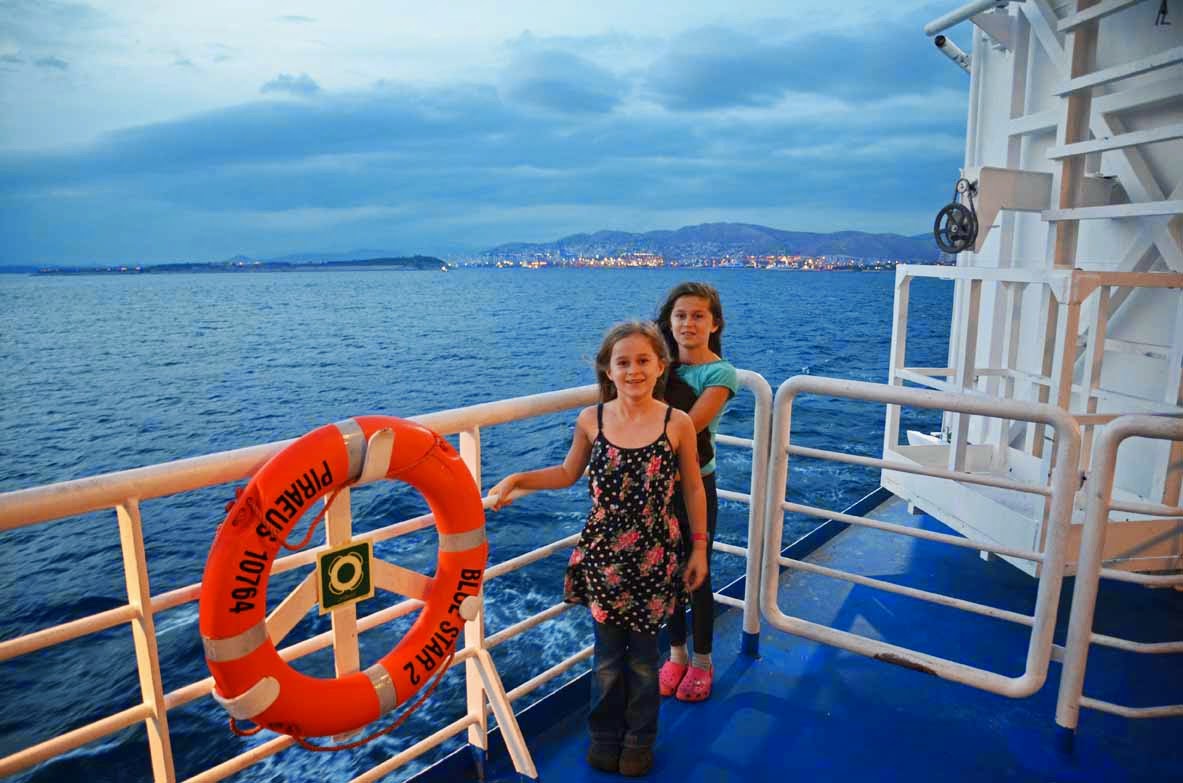 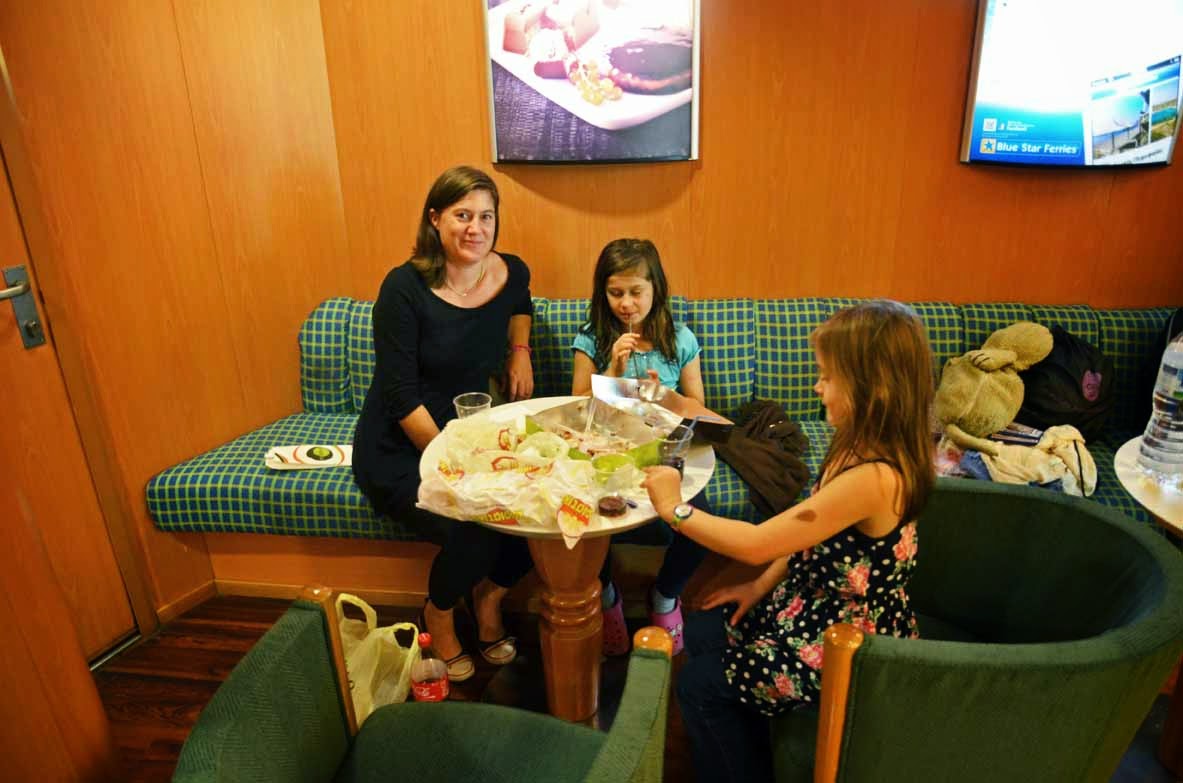 When we arrived on Syros, a little before 11pm, Sally was a bit disoriented, but I eventually set her right. We called Jacky, whose house we would be staying in for the next month, and then drove over the top of the island towards the little settlement of Kini. Following a combination of Jacky's and Sally's directions, we found the mermaid fountain where we were due to meet Jacky and a few minutes later, we finally met the woman with whom we had been corresponding for the past few months – a very cheerful, friendly Englishwoman with a passion for cats.

We followed her in convoy to her house and then, with the girls safely tucked up in bed, the three of us sat up for an hour or two, drinking tea, chatting and patting cats.