I grew up with cats. Our cats comforted me when I was sad, played with me when I was bored, slept with me in my bed. I learnt about grief and how to deal with it when they died. I love cats. For a while after I left home, I would find myself walking the streets looking for cats to pat. Over time, those urges receded, but they were clearly just lurking below the surface.

Where we are now, there's no shortage of cats. When we had lunch at the taverna at our beach the other day, we had at least eight cats lurking around our table. On the way home, we would have passed another five to ten. And when we get home, there will be, lord, who knows, 20-30 more.

I've been adopted by a grizzled old one-eyed tom known as Bruiser. On our first night on Syros, he came over and settled on my lap – much to Jacky's surprise – and he's been my near-constant companion ever since.


Eye problems are common among the cats - many only have one and two of them are almost completely blind. A ginger tom called Doogan has lost both of his (I'm not sure how, but I think he may have been that way since birth) and Pax, another ginger tom (the proportion of ginger cats in the menagerie is strikingly high) lost his sight after a car accident. The blow to the head he received left him with permanently dilated pupils and he looks just like Puss in Boots from the Shrek movies doing his 'I'm too adorable to resist' look. Although he appears to be able to see a little, he does have a tendency to walk into walls every now and then.

For the most part, the cats seems to get on with each other pretty well – we certainly heard more regular and more raucous cat fights back home in Winchester. There's the odd spat as one cat gets too close to another at feeding time, but nothing terribly violent.

And they also appear to be pretty well socialised when it comes to humans. We only really have to be wary of a few slightly unpredictable individuals, who will take a swipe at you if you go to pat them. The trouble is that one of those cats is black, and essentially indistinguishable from several other black cats, so we've been forced to cleave to the superstition that associates black cats with bad luck. The exception is Zorro, who has formed a bit of a bond with Zoe.

Kate has mostly taken on the feeding and cleaning duties, with the girls helping out sporadically – usually when forced to do so. Funnily enough, the experience seems to have made her more open to the idea of eventually having a cat as a pet than she was previously – having looked after 40-odd cats here, the thought of having to look after just one seems like paradise. 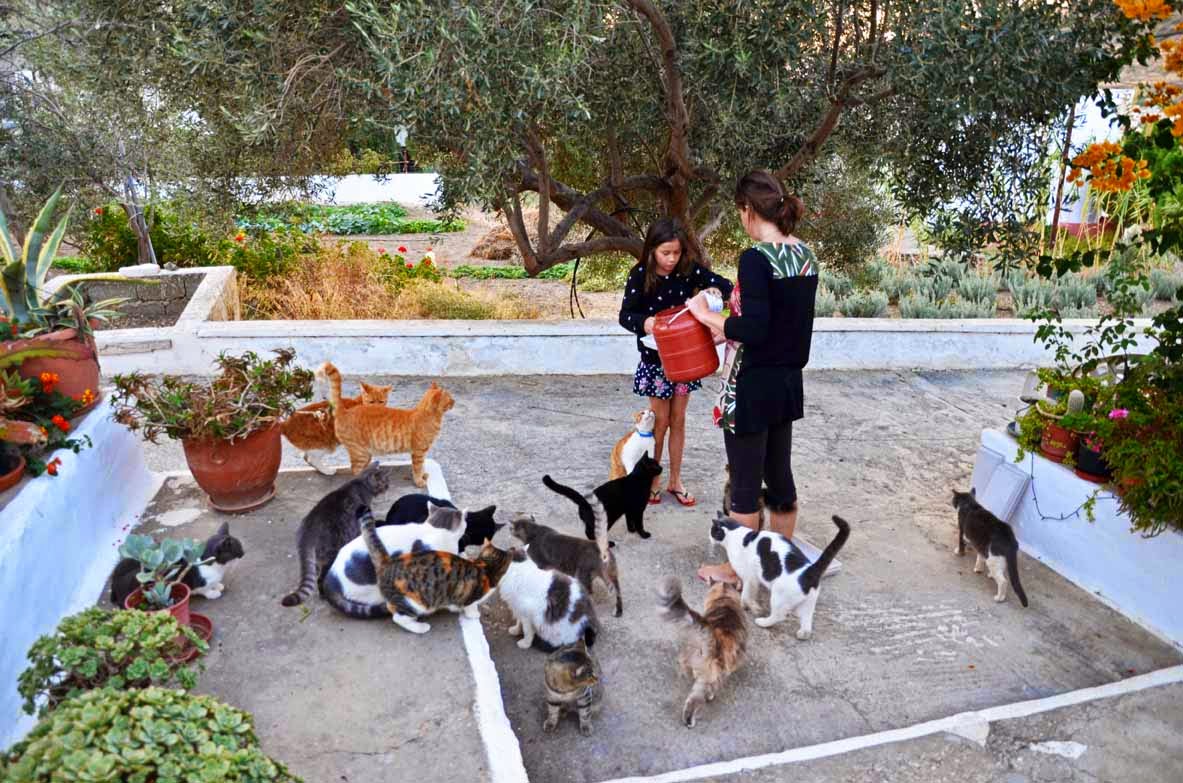 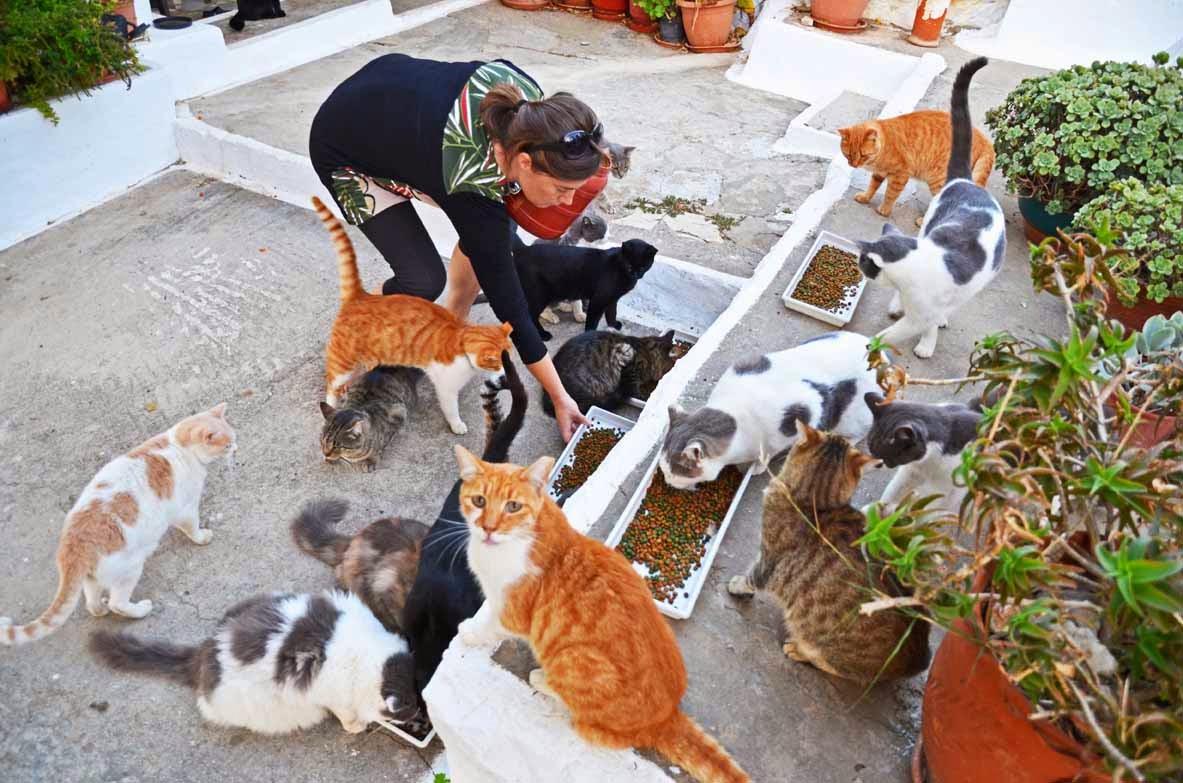 Sarah has had something like the opposite experience. She has been desperate for a pet cat for as long as I can remember, but here, surrounded by numerous unpredictable felines, she started out in a state of near-permanent terror and all thoughts of actually having one as a pet quickly receded from her mind. Obviously, this wasn't a sustainable situation, so I've been giving her 'cat lessons', teaching her how to stroke them, how to pick them up and how to 'read' them. They seem to be paying off, as she's much more relaxed around them now. 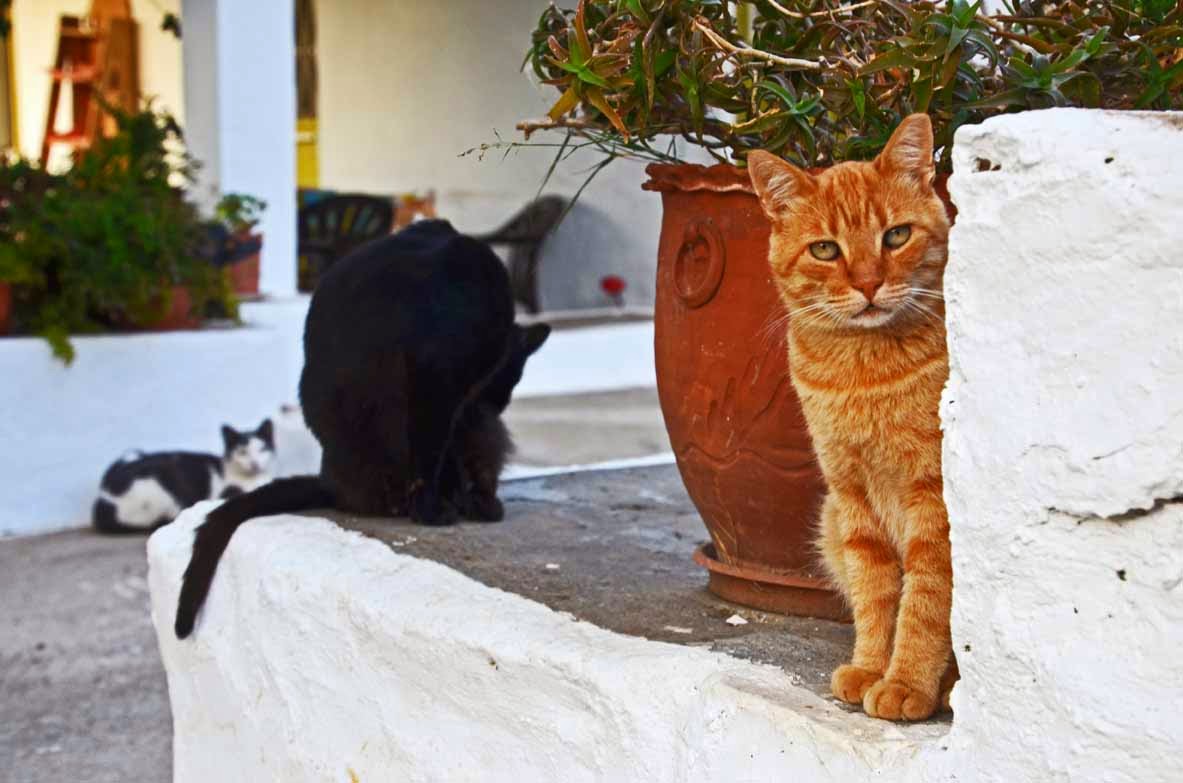 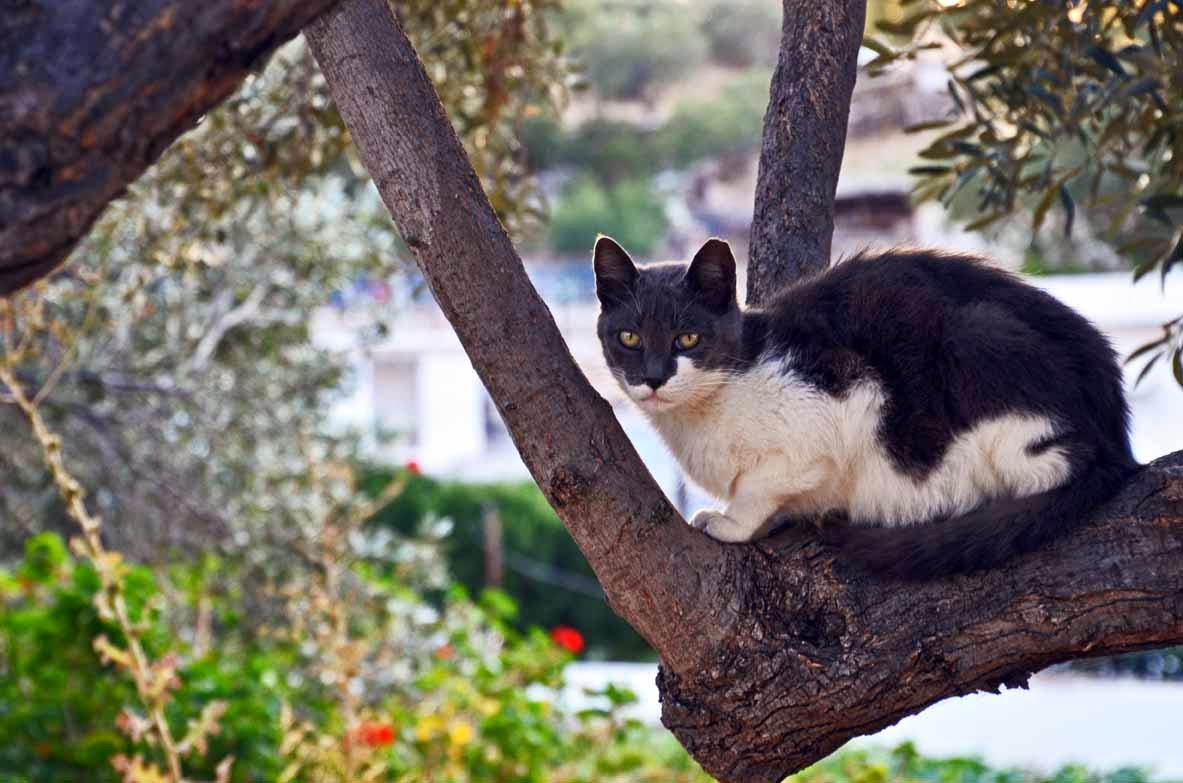