After awakening to the sound of a multitude of sparrows chattering in the trees above the tent, we packed up and hit the road, picking up some breakfast bits in the nearby town and eating them by the beach. 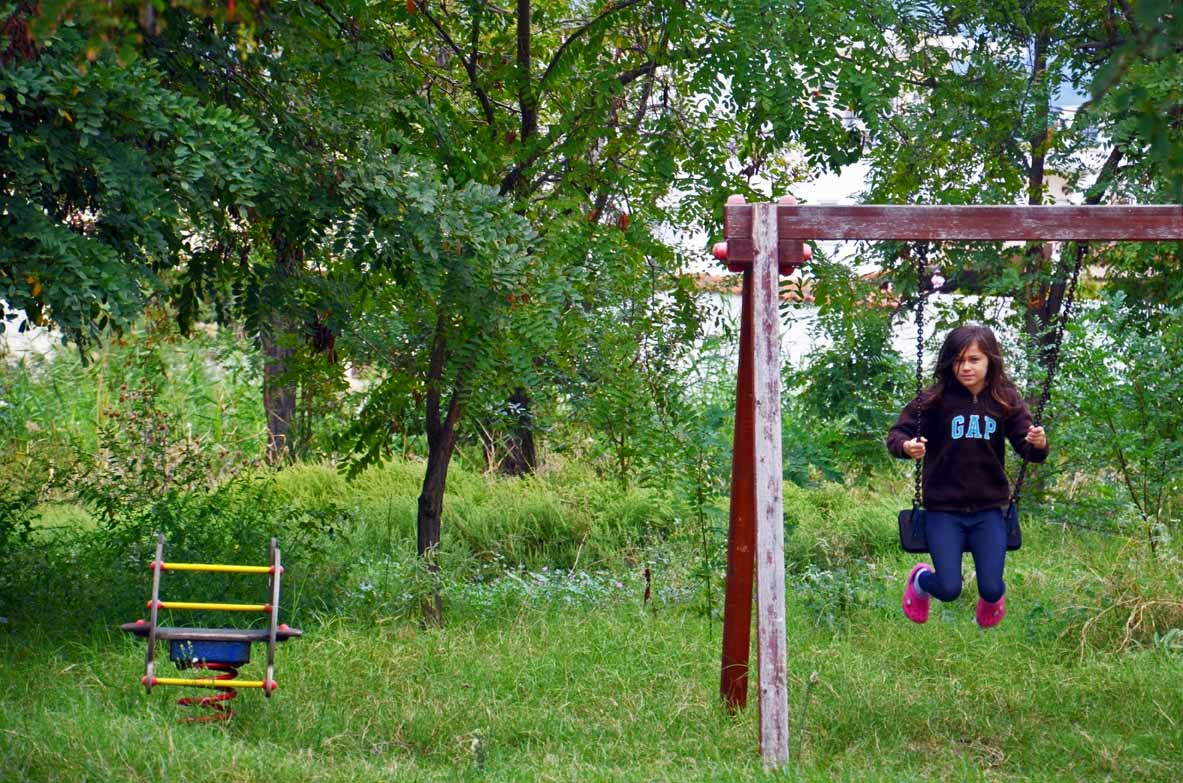 We then headed south, pulling off the motorway near the town of Litochoro, which is the gateway to Mount Olympus National Park and boasts an impressively mountainous backdrop. We had hoped to find a cafe of some sort for lunch and we needn't have worried as the main drag was lined with cafes. Spoilt for choice, we opted for a little place selling gyros and left utterly replete. As we drove out of town, we felt the first few drops of rain of the trip.

We then continued south onto a small peninsula known as Pelion, after the mountain that forms it. As we drove further away from civilisation, the road got narrower and narrower, until it was a single winding lane. By now, the rain had become a bit heavier and the road was getting slipperier. This wasn't a problem until we came to an extremely steep, essentially right-angled turn in the road. The wheels lost traction and we came to a halt as they squealed on the wet, cobbled road. I got out and tried pushing, but to no avail. We weren't at all sure how we were going to get up, but after Kate rolled back as far as she could go to give herself a bit of a run-up, the wheels bit in and we were on our way again...

...only to meet an SUV driven by an elderly German couple coming the other way. There was a bit of a drop on their side of the road and the male driver was clearly of a nervous disposition and we quickly reached an impasse. His wife got out, umbrella held high, and started gesturing and speaking German at us, trying to get us to go past them. Kate wasn't confident that she would fit, so the other driver started to back up, but he was clearly not terribly accomplished at reversing, jerking back in little fits and starts in random directions. The woman was getting increasingly agitated, waving her umbrella about and barking instructions that we couldn't understand and her husband ignored. Eventually, he managed to back down the road to a point where he could pull over and we sailed past them.

Not long after, we reached the small settlement of Lefokastro, where we asked for directions to our apartment, and after waking up the owner's very sweet mother, decked out in her dressing gown and hair net, we managed to check in and dump some stuff in our room. We then walked into the village and chose a taverna – based mainly on the distance from another taverna in which some musicians were loudly 'entertaining' their captive audience of glassy-eyed patrons – and ordered a couple of beers, which we drank while the girls befriended a chain-smoking granny fishing from the sea wall. The taverna with the music was reputedly the best place to eat, but by the time we had finished our beers, the music was still going, so we just stayed where we were and had a delightful, peaceful meal. 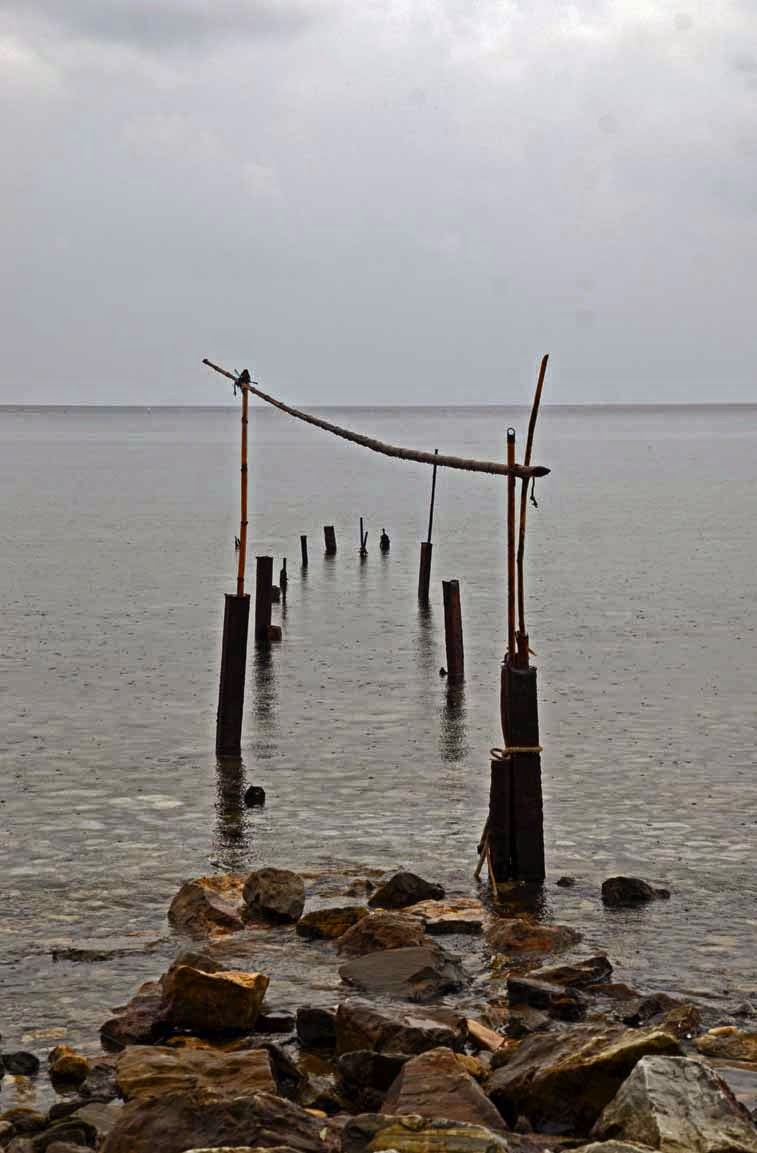 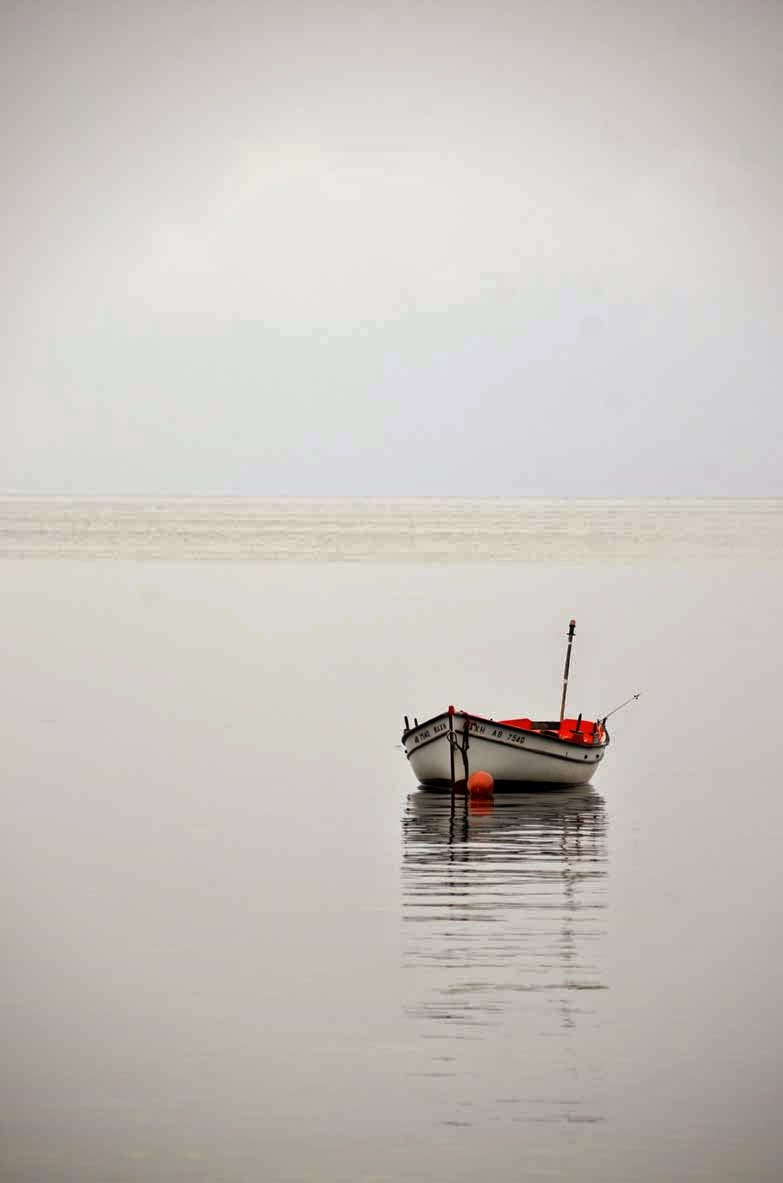 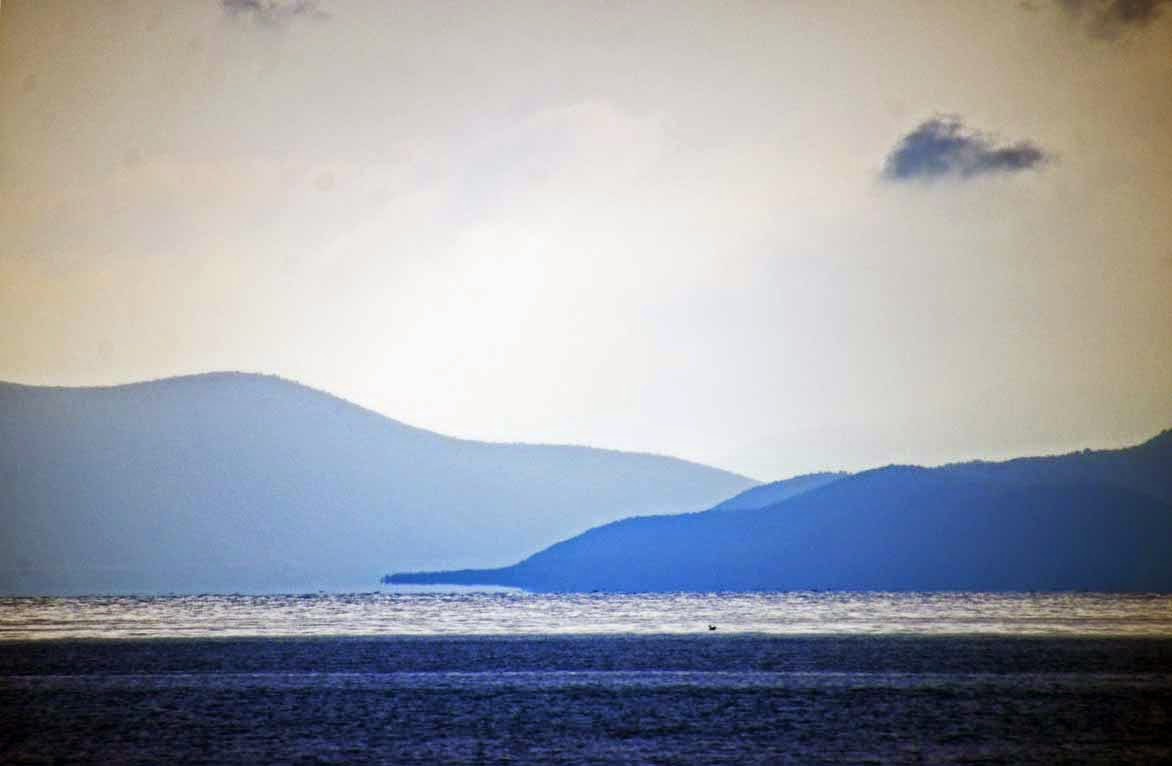 On the way back to our apartment, we were followed by a large stray dog that we dubbed Cucumber for reasons no longer clear to me. Sarah was slightly fearful of him, so we tried to get her to give him a bit of a pat as he seemed perfectly friendly. But then, as the girls and I walked ahead, Cucumber started to playfully bite Kate's hand and then proceeded to jump up and pin her to a wall as the three of us doubled over with laughter.